Navigation
Below you will find a list of 10 books for your summer reading list! This list includes a mix of breezy beach reads, thought-provoking novels and suspenseful page-turners. Happy reading! 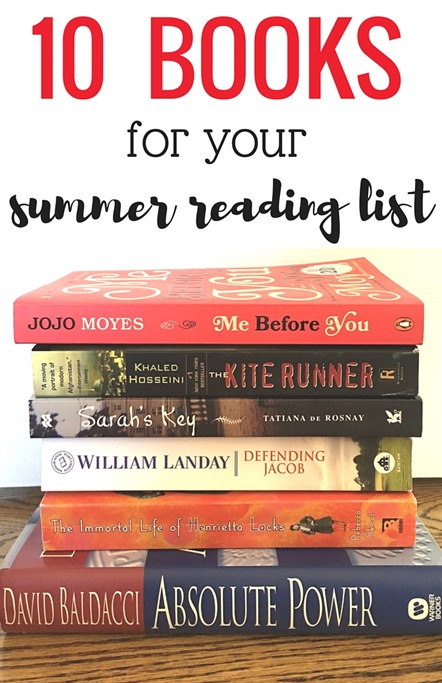 The past two books I read were pretty disappointing. I’ve always loved reading and climbing into bed with a great book at the end of a long day brings me so much joy, so it was a bit of a bummer to find myself paging through two books in a row that left a lot to be desired.

I want to be sure the same thing that happened to me doesn’t happen to you, so today I’m sharing 10 books I’ve read in the past that I loved! I tried to include a mix of breezy beach reads, thrilling page-turners and a few more thought-provoking novels. Hopefully a couple of them will jump out at you and make it onto your summer reading list! 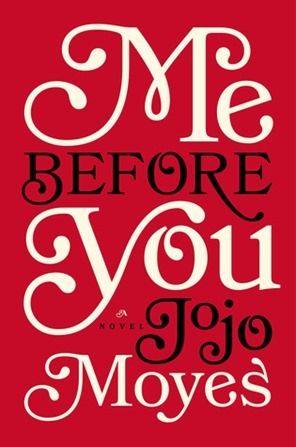 Louisa Clark is an ordinary girl living an exceedingly ordinary life—steady boyfriend, close family—who has barely been farther afield than their tiny village. She takes a badly needed job working for ex–Master of the Universe Will Traynor, who is wheelchair bound after an accident. Will has always lived a huge life—big deals, extreme sports, worldwide travel—and now he’s pretty sure he cannot live the way he is.

Will is acerbic, moody, bossy—but Lou refuses to treat him with kid gloves, and soon his happiness means more to her than she expected. When she learns that Will has shocking plans of his own, she sets out to show him that life is still worth living.” – Amazon.com 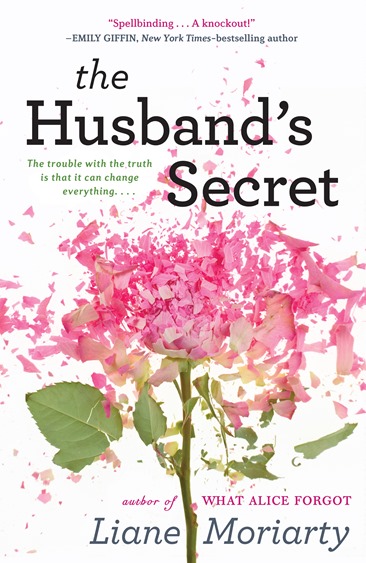 My darling Cecilia,
If you’re reading this, then I’ve died…

Imagine your husband wrote you a letter, to be opened after his death. Imagine, too, that the letter contains his deepest, darkest secret—something with the potential to destroy not only the life you have built together, but the lives of others as well. And then imagine that you stumble across that letter while your husband is still very much alive…

Cecilia Fitzpatrick has achieved it all—she’s an incredibly successful businesswoman, a pillar of her small community, a devoted wife and mother. Her life is as orderly and spotless as her home. But that letter is about to change everything—and not just for her. There are other women who barely know Cecilia—or each other—but they, too, are about to feel the earth-shattering repercussions of her husband’s secret.” – Amazon.com 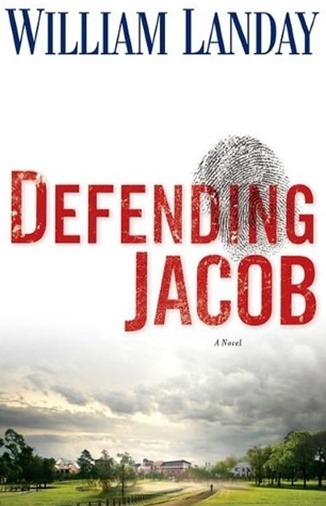 “Andy Barber has been an assistant district attorney for two decades. He is respected. Admired in the courtroom. Happy at home with the loves of his life: his wife, Laurie, and their teenage son, Jacob.

Then Andy’s quiet suburb is stunned by a shocking crime: a young boy stabbed to death in a leafy park. And an even greater shock: The accused is Andy’s own son—shy, awkward, mysterious Jacob.

Andy believes in Jacob’s innocence. Any parent would. But the pressure mounts. Damning evidence. Doubt. A faltering marriage. The neighbors’ contempt. A murder trial that threatens to obliterate Andy’s family.” – Amazon.com 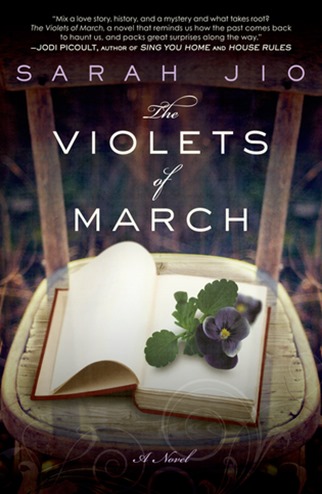 “A heartbroken woman stumbled upon a diary and steps into the life of its anonymous author.

In her twenties, Emily Wilson was on top of the world: she had a bestselling novel, a husband plucked from the pages of GQ, and a one-way ticket to happily ever after.

Ten years later, the tide has turned on Emily’s good fortune. So when her great-aunt Bee invites her to spend the month of March on Bainbridge Island in Washington State, Emily accepts, longing to be healed by the sea. Researching her next book, Emily discovers a red velvet diary, dated 1943, whose contents reveal startling connections to her own life.” – Amazon.com 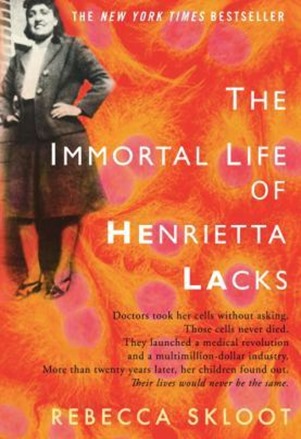 “Her name was Henrietta Lacks, but scientists know her as HeLa. She was a poor black tobacco farmer whose cells—taken without her knowledge in 1951—became one of the most important tools in medicine, vital for developing the polio vaccine, cloning, gene mapping, and more. Henrietta’s cells have been bought and sold by the billions, yet she remains virtually unknown, and her family can’t afford health insurance. This phenomenal New York Times bestseller tells a riveting story of the collision between ethics, race, and medicine; of scientific discovery and faith healing; and of a daughter consumed with questions about the mother she never knew.” – Amazon.com 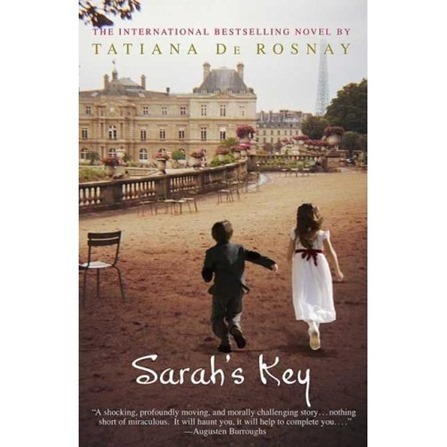 “Paris, July 1942: Sarah, a ten year-old girl, is brutally arrested with her family by the French police in the Vel’ d’Hiv’ roundup, but not before she locks her younger brother in a cupboard in the family’s apartment, thinking that she will be back within a few hours.

Paris, May 2002: On Vel’ d’Hiv’s 60th anniversary, journalist Julia Jarmond is asked to write an article about this black day in France’s past. Through her contemporary investigation, she stumbles onto a trail of long-hidden family secrets that connect her to Sarah. Julia finds herself compelled to retrace the girl’s ordeal, from that terrible term in the Vel d’Hiv’, to the camps, and beyond. As she probes into Sarah’s past, she begins to question her own place in France, and to reevaluate her marriage and her life.” – Amazon.com 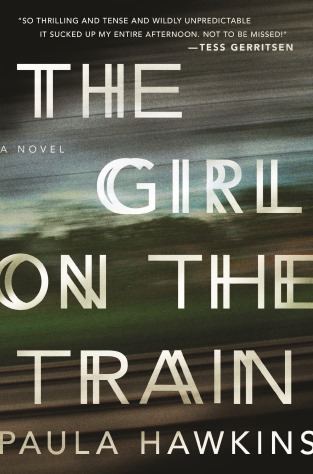 “EVERY DAY THE SAME
Rachel takes the same commuter train every morning and night. Every stops at the signal that allows her to daily watch the same couple breakfasting onday she rattles down the track, flashes past a stretch of cozy suburban homes, and their deck. She’s even started to feel like she knows them. Jess and Jason, she calls them. Their life—as she sees it—is perfect. Not unlike the life she recently lost.

UNTIL TODAY
And then she sees something shocking. It’s only a minute until the train moves on, but it’s enough. Now everything’s changed. Unable to keep it to herself, Rachel goes to the police. But is she really as unreliable as they say? Soon she is deeply entangled not only in the investigation but in the lives of everyone involved. Has she done more harm than good?” Amazon.com 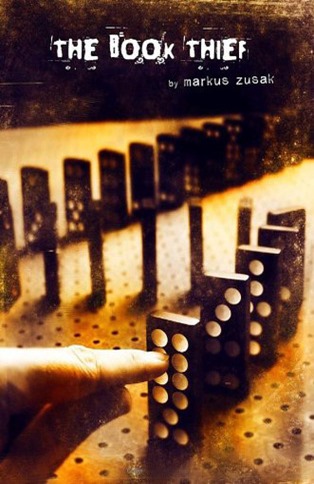 “It is 1939. Nazi Germany. The country is holding its breath. Death has never been busier, and will become busier still.

Liesel Meminger is a foster girl living outside of Munich, who scratches out a meager existence for herself by stealing when she encounters something she can’t resist–books. With the help of her accordion-playing foster father, she learns to read and shares her stolen books with her neighbors during bombing raids as well as with the Jewish man hidden in her basement.” – Amazon.com 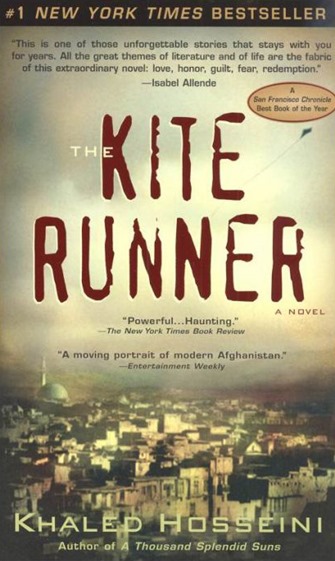 “The unforgettable, heartbreaking story of the unlikely friendship between a wealthy boy and the son of his father’s servant, The Kite Runner is a beautifully crafted novel set in a country that is in the process of being destroyed. It is about the power of reading, the price of betrayal, and the possibility of redemption; and an exploration of the power of fathers over sons—their love, their sacrifices, their lies.

A sweeping story of family, love, and friendship told against the devastating backdrop of the history of Afghanistan over the last thirty years, The Kite Runner is an unusual and powerful novel that has become a beloved, one-of-a-kind classic.” – Amazon.com 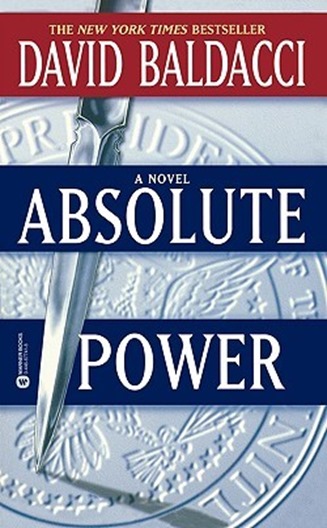 “In a heavily guarded mansion in a posh Virginia suburb, a man and a woman start to make love, trapping Luther Whitney, a career break-in artist, behind a secret wall. Then the passion turns deadly, and Luther is running into the night. Because what he has just seen is a brutal murder involving Alan Richmond, the president of the United States, the man with…Absolute Power.” – Amazon.com

« Random Thoughts On A Tuesday
Sunscreen Sun Safety Tips (+ A Giveaway From The Honest Company!) »