Navigation
Today is my father-in-law’s final day with us in North Carolina and we’re determined to make the most of it! Ryan and Greg went to the gym together this morning while I took a Pure Barre class and then after breakfast, Greg and I headed out into the dreary weather with Sadie for a morning walk.

Since it was raining pretty heavily, we stuck to a shaded path to block ourselves from most of the rain. We walked together for a little less than three miles before making our way home only to find that the power was out! After showering, we headed out with wet hair to meet up with Ryan for lunch in downtown Davidson. 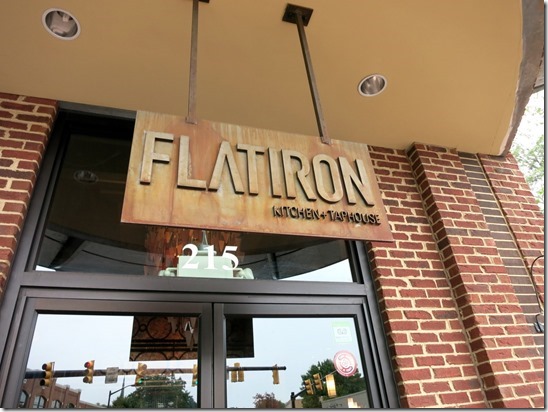 I texted Brittany earlier in the day looking for restaurant recommendations and she pointed us toward Flatiron which ended up being a great spot! It was warm inside with lots of wood and wrought iron décor. 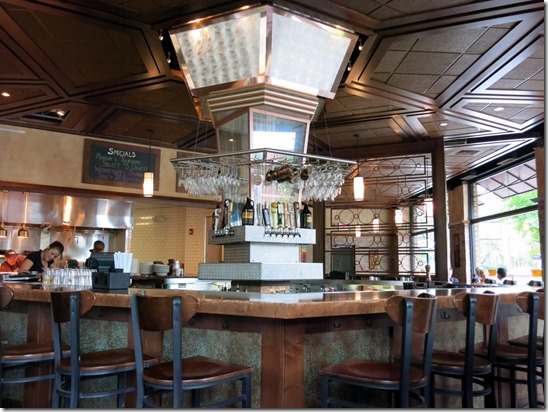 Greg and I arrived about five minutes before Ryan and by the time he joined us we both already knew what we wanted to order. 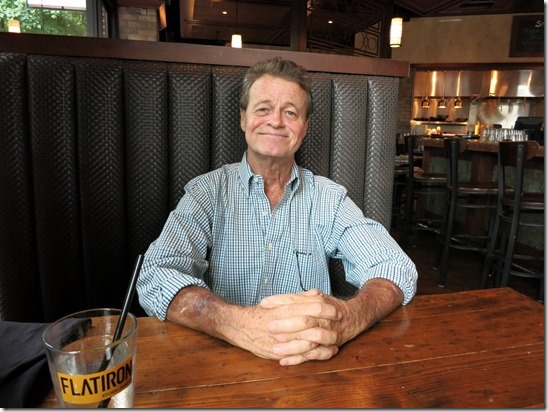 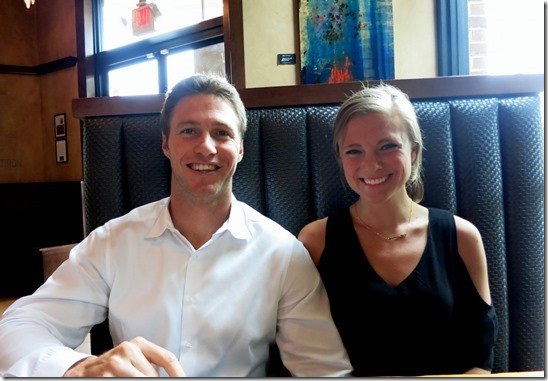 I chose the fish tacos and I would happily order them again. 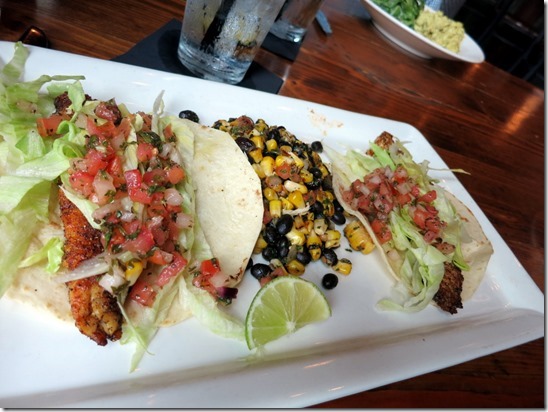 The blackened haddock wasn’t too spicy and the liberal seasoning gave the fish a great flavor. Loved it!

A side of sweet potato fries came with Ryan’s entrée and I’m happy he was so willing to share them with me because I couldn’t stop eating them! The fries were topped with sea salt and a drizzle of honey that I couldn’t resist. So good!

Once we were done eating, Greg and I said goodbye to Ryan and headed home because I had some work to do on the computer. While I caught up, I dug into a small bowl of banana pudding that Ryan and I made early yesterday evening. 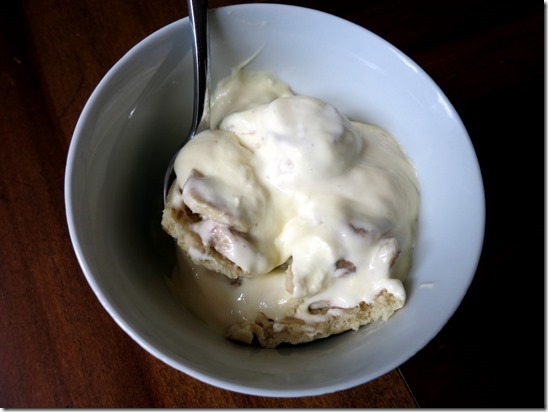 I call this “the banana pudding for people who don’t like banana pudding.” It is unreal. My sister’s husband, Ross, made it for my family a few months ago and I almost didn’t have any because I really don’t like banana-flavored desserts or treats. Well this, my friends, is different. The only banana flavor in the pudding comes from actual banana slices (no fake banana flavor!) and it reminds me more of a whipped vanilla pudding with the best buttery cookie crust thanks to the Pepperidge Farm Chessman cookies on the bottom.

Ryan and I made a batch last night and it’s already almost gone. Yes, it really is that good. And no, it’s not even kind of healthy. (Tip: Make it with homemade sweetened whipped cream rather than store-bought whipped topping. It makes a big difference!) I highly recommend following this recipe for Not Yo’ Mama’s Banana Pudding next time you’re craving something creamy and delicious. The positive reviews don’t lie!