Monday is here and I don’t know how you’re feeling today, but I would’ve been happy to tack another day onto our weekend. It went by so darn fast, but that always seems to be the case, especially when a lot of fun is involved!

Saturday morning began with a sweaty workout. Truthfully the workout was kind of miserable but once it was done I felt great. Isn’t that always how it goes?

The Burn Boot Camp workout of the day was a metabolic conditioning stack workout which meant we returned to the same base exercise again and again, adding another one to the mix during every round. 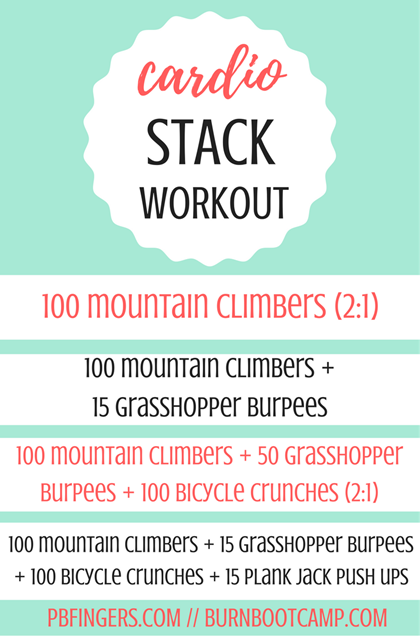 I arrived home to find Ryan taking Chase for a spin in his ride-on airplane toy (a birthday gift from Brittany that quickly became an obsession) and after another 30 minutes of playtime, he was ready for his morning nap.

While Chase napped, Ryan and I set up our laptops on the couch and dove into some work. It felt great to be productive early on in the weekend and by the time Chase was up, we were ready for a break and happily headed out for a boat ride and some swim time with Sadie. 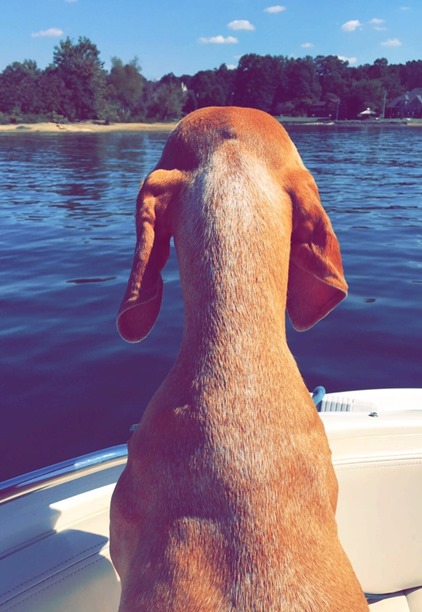 Temperatures reached 90 degrees on Saturday which was kind of a bummer (we’re all so ready for fall around here!) but we took advantage of the heat and had a great time swimming and splashing. 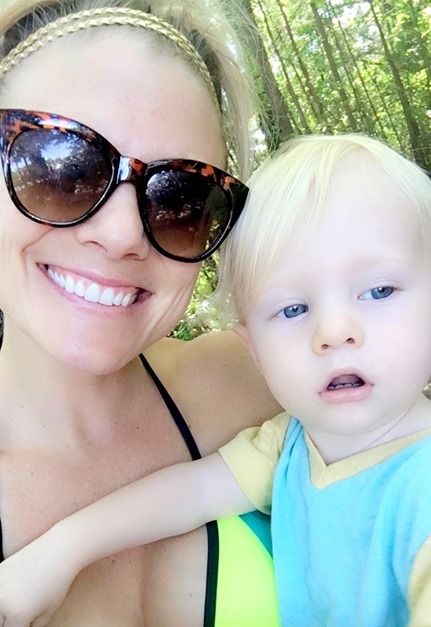 We cut our lake time a little short because we had a birthday party to attend at 4 p.m.

Someone was awfully happy to be out of his lifejacket and wet swimsuit! 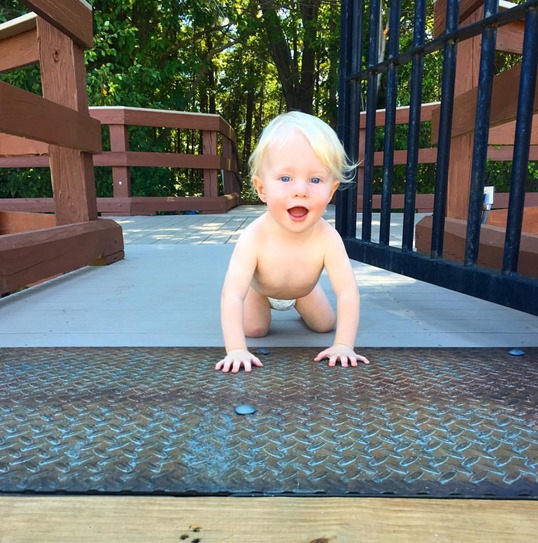 After we headed home and grabbed quick showers, we were off to Carrie and Nick’s house to celebrate Lilly’s first birthday! 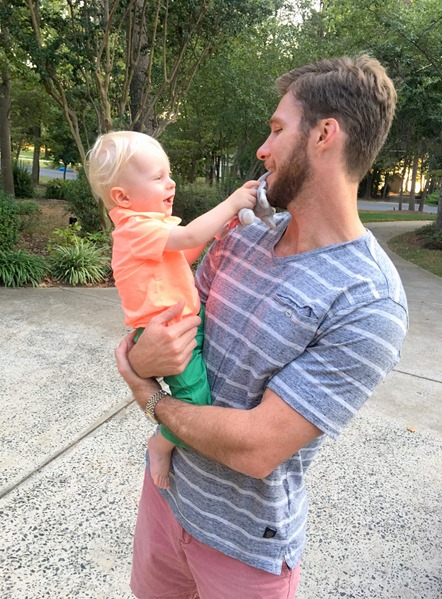 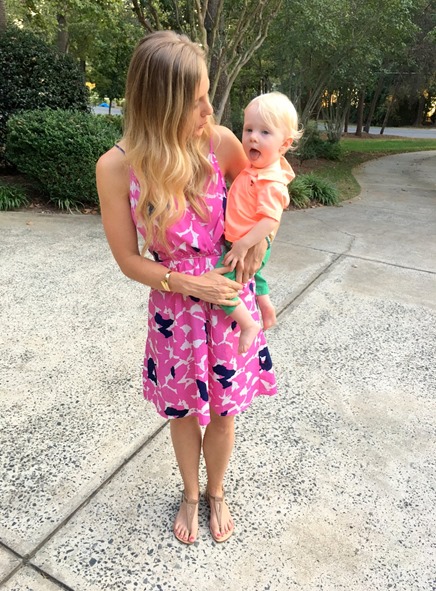 (Those were the best pics we could get with Chase in the moment. Ha!) 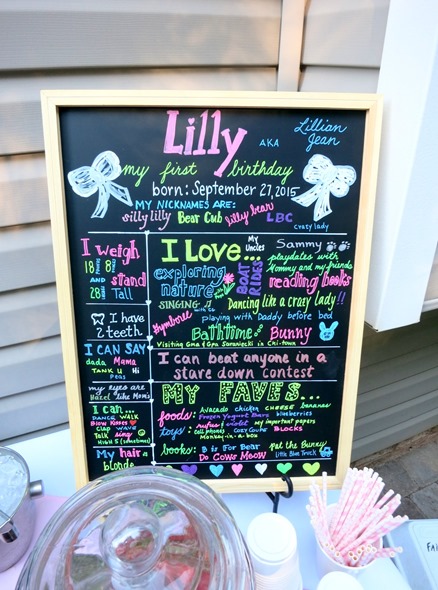 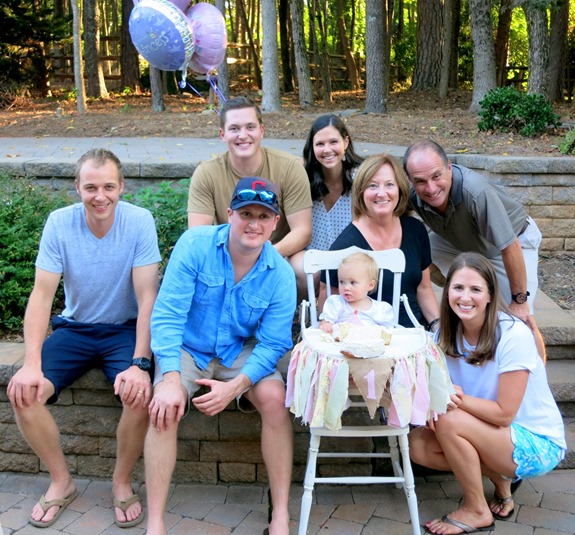 Lilly is one of Chase’s BFFs and her mom Carrie is such a blessing in my life. She’s quickly become a very close friend of mine and I don’t know what I would do without her friendship and support and our almost daily play dates. We couldn’t wait to celebrate such a special little girl and had a wonderful time singing “Happy Birthday” and watching all of the little ones play. 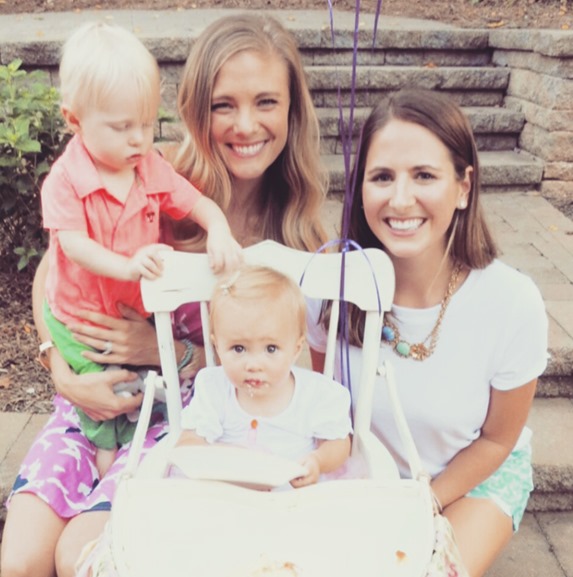 I am so glad I connected with this group of mamas because they are just the best! 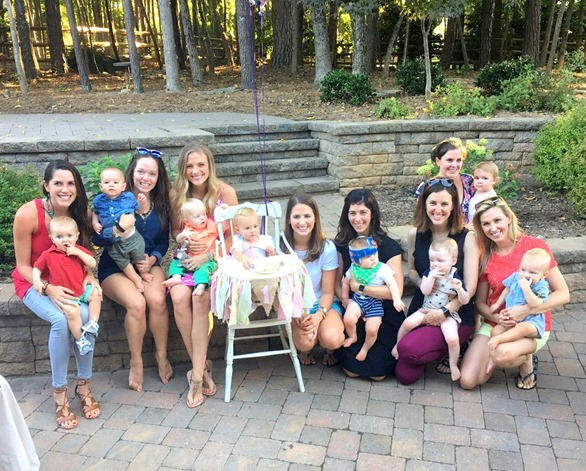 We had a great time and spent a few hours diving into the delicious food and chatting away with our friends before the little ones let us know it was bedtime and we said our goodbyes a little before 7 p.m.

Sunday began with a walk and ended with a big ol’ bowl (or two) of Moose Tracks ice cream. Perfection in my book!

Ryan and I woke up around 6:30 a.m. and Chase was up not long after us and ready for food and entertainment. He was a little on the cranky side on Sunday morning and since we weren’t quite sure what he wanted, we thought a walk around the neighborhood with Sadie might help him reset. It ended up being just what he needed because he seemed to perk up the minute he saw two dogs on our walk and pointed at them and enthusiastically said, “Da! Da!” I have a feeling he’s going to be a big-time dog lover just like his parents!

Once we arrived back home, Chase was much happier and decided Breakfast: Round Two was worthy of his consumption. He ate well and then we played hard and crossed our fingers that Chase might go down for an early nap. We lucked out and he took a solid 90-minute nap while I went into food prep overdrive mode! I chopped veggies for a stir fry, marinated chicken for my easy baked chicken and made a sausage, onion and zucchini frittata, cinnamon roasted sweet potatoes and a batch of Greek Yogurt Whole Wheat Muffins. (Side note: I am so glad to hear the muffins were such a big hit with you guys and your little ones last week! Thank you for letting me know and for the Instagram tags!)

I was just about ready to sit down on the couch and catch my breath when I heard Chase begin to stir. I knew my time was limited, so I headed upstairs instead to wash my face and get ready for the day ahead. We had plans to attend the Festival in the Park event in Charlotte and I couldn’t wait to explore! 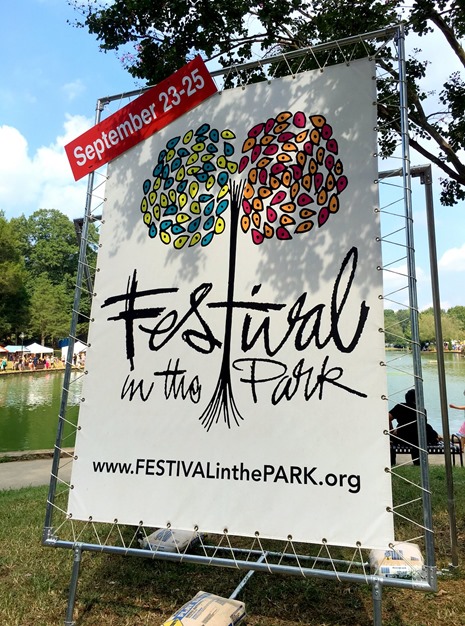 We arrived at the festival in the early afternoon and it was already quite popular! People were meandering in and out of the various vendor tents, snacking on delicious local food and trying to beat the heat with popsicles and lemonade. Ryan always jokes that I love ANY festival, but this one was pretty darn awesome. There was no shortage of North Carolina-made goods and I managed to get a jump start on my Christmas shopping! We left with a few unique gifts for our mothers but not before we grabbed some food and snacks! 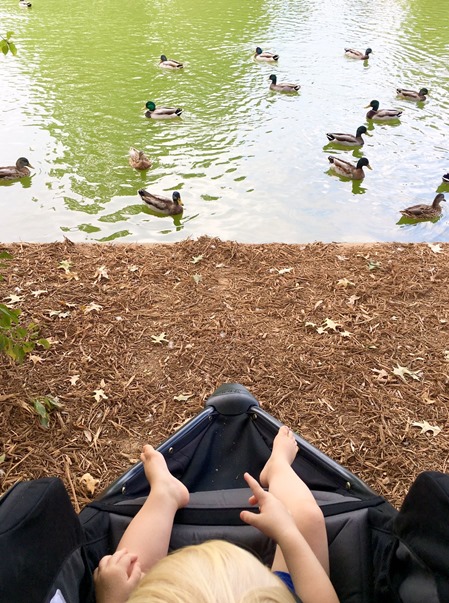 We had a great time at the Sahale Snacks booth (it was seriously beautiful with lots of wood and eye-catching interactive displays) and I was pretty pumped to leave with a few bags of their delicious nuts. 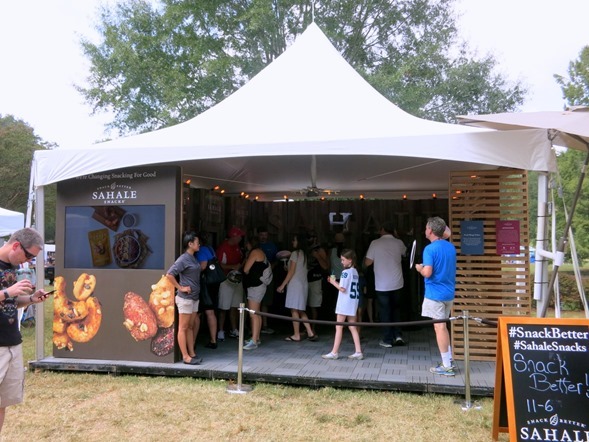 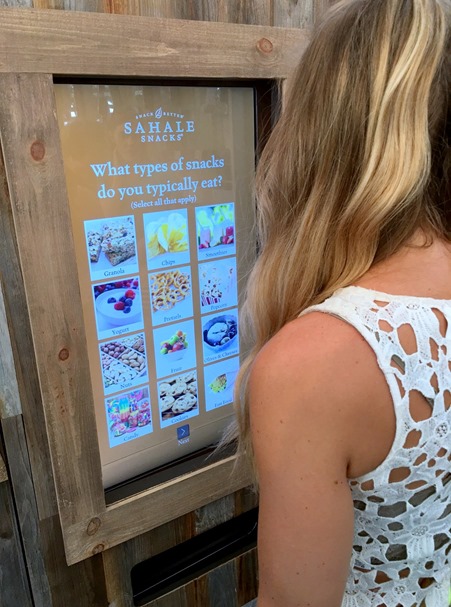 I am actually working with Sahale Snacks on a side project but will definitely keep you in the loop with my favorite snack flavors. All I can say right now is that the pomegranate vanilla cashews are UNREAL. Ryan and I had no problem polishing off the entire bag as we walked around the festival. 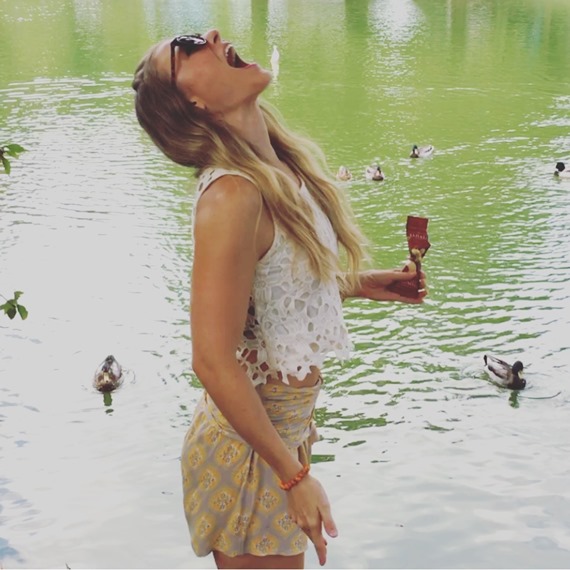 (That’s me trying to throw up a cashew and catch it in my mouth for the Boomerag video I shared on Instagram. Real life: It took me six tries to finally catch it! Ha!)

Once we were snacked out, we walked back to our car and were grateful for the cool air conditioning on our way home. The temperatures in Charlotte are not supposed to eclipse 81 degrees this week, so I’m hoping that means fall weather is on the horizon!

We spent the rest of our Sunday running errands and lounging at home before putting Chase to bed and diving into Moose Tracks ice cream while we watched Pitch Perfect 2 on the couch before bed.

I hope you all had a great weekend! Thanks for stopping by the blog today!