Yesterday morning I ran in one of the coolest races on the planet! 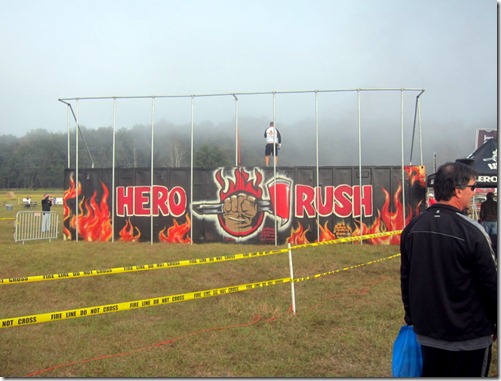 Ryan and I signed up for the Hero Rush obstacle course race with a team of his coworkers knowing that the race promised a series of firefighter-themed obstacles though a 5k+ course. The announcer said the course was closer to four or five miles than three miles on race day. 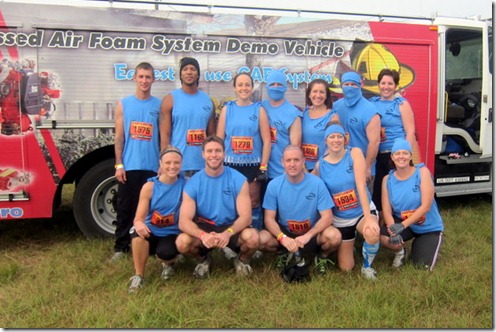 The race itself had a very laid back atmosphere when it came to completing obstacles (you were highly encouraged to try, but not disqualified if you passed one up – I’m not sure if that rule applied for the competitive wave though) and race participants arrived in hilarious costumes, matching t-shirts and fun socks. We even saw two participants dressed as Batman and Robin!

Ryan and I wore the blue shirts provided by his company to support our team. 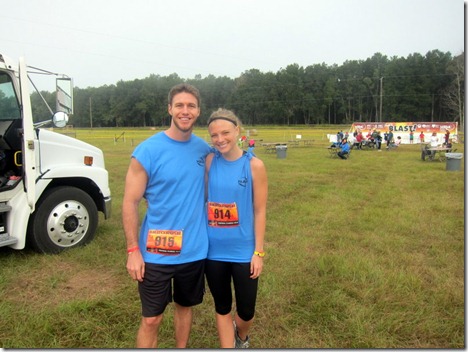 Having matching shirts with teammates made running a lot of fun because we could see our fellow baby blue runners speckled throughout the course and it gave us something to work for when we saw someone we knew ahead of us and wanted to catch up to run with them.

I wasn’t really sure what to wear to this race and texted my sister about it the night before since she did a similar race a few months ago. She highly encouraged me to wear old shoes that I didn’t care about and spandex capris because of all of the crawling on the ground.

I took her advice and wore an old pair of running shoes and a pair of Reebok capris that were perfect for this event. They stayed up without any issues when I ran through pools of water and didn’t feel heavy when they were soaked. If I didn’t have to wear the t-shirt for our team, I definitely would’ve worn something with a dri-fit material on top because a sopping wet t-shirt wasn’t too fun to run in!

As for the race itself, it started off with a bang! 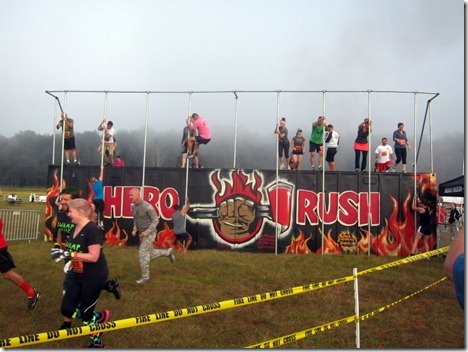 Participants ran up the steps of one side of a wall and used poles to get down to the other side before taking off running toward the first obstacle.

The obstacles were harder than I anticipated but a lot of fun. The one that was the most physically challenging for me was a rope climb (I am sore today!) where I had to climb a 20-foot rope and then do this crazy balance thing to get back down the other side. There were knots in the rope to help, but it was hard! 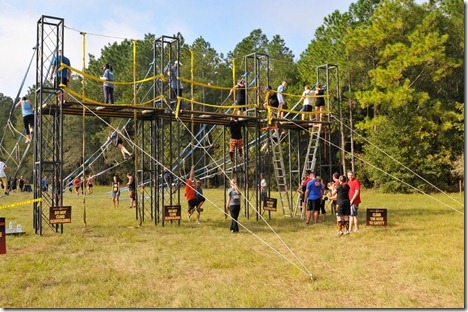 Other obstacles included climbing over a mountain of hay, worming your way through tunnels lined with bungee cords, navigating your way through foam tunnels (I had a minor freak out in that one because I’m so claustrophobic), pulling two tires over and under obstacles, etc. Many of the obstacles were physically demanding, but really fun and not impossible.

I did every obstacle but one. I decided to wait for Ryan on the other side of the pitch black tunnel maze. When the obstacle was explained to me and I heard I had to crawl through a dark tunnel maze, I freaked out. The sheer thought of being caught in a dark tunnel and not being able to see or find my way out really scared me since I am claustrophobic. Ryan and other racers said it was really creepy, so another woman who was racing near me and I decided to pass. I think it was a good decision!

There were other obstacles that involved jumping over fire, running through a muddy pond, climbing up a tunnel lined with only a few wooden boards and more. 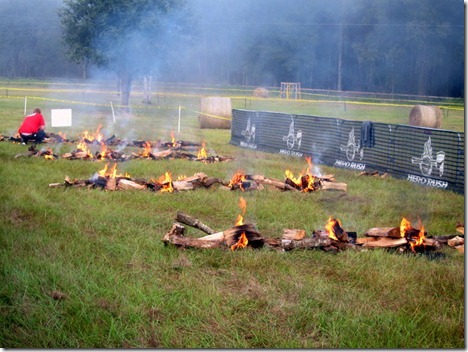 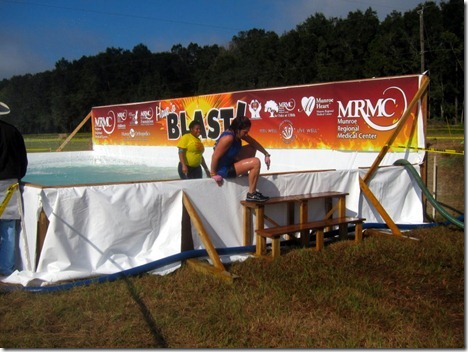 I told Ryan I felt like the race was adult recess. It really was so much fun! 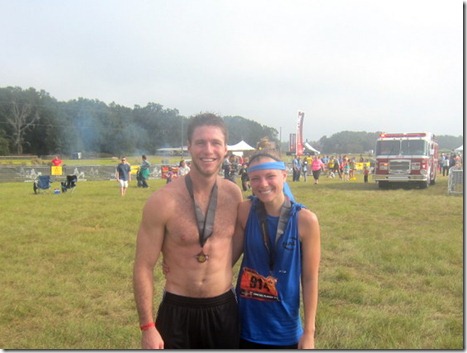 Can you tell it was an intense race? Red face!!

Once we crossed the finish line, we were given medals and race t-shirts. 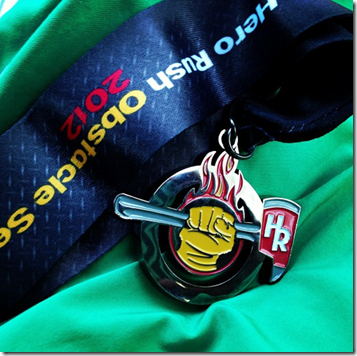 I love the t-shirts! They had feminine-cut shirts available, so I selected one that was nice and long and a lot less boxy than typical race t-shirts.

In the bags with our t-shirts we received “5 dinero” to spend on food and drinks.

I got the pulled pork sandwich and inhaled it. 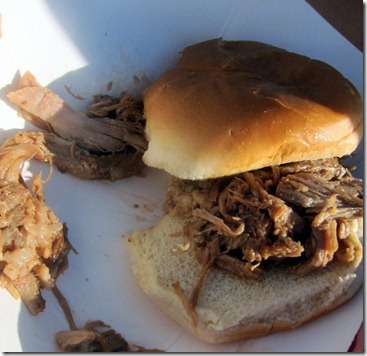 I’m usually not all that hungry after races, but this race was completely different and I was thankful for a yummy sandwich!

The Hero Rush was so much fun and I highly recommend it to anyone looking for a fun challenge. Signing up with a team is definitely the way to go because it’s a blast running with others and having a little help through some of the obstacles comes in handy!

I hope to be back soon with a recap of our Friendsgiving feast!