Navigation
On Saturday night, Ryan and I headed out for a date night in Charlotte! 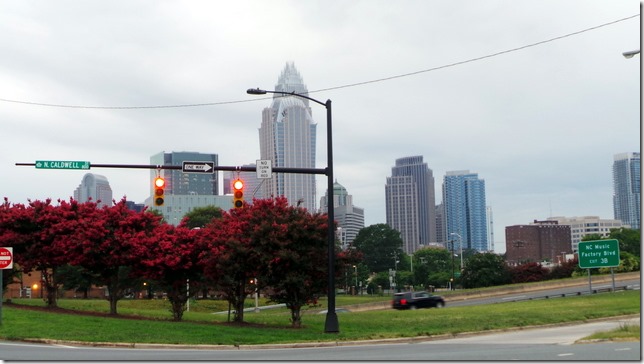 I would say we drove to downtown Charlotte for our date night, but no one calls the city “downtown.” The city is referred to as “Uptown” which seemed kind of strange to me and Ryan at first, but we’re slowly learning the lingo!

Because I’m a total nerd, I naturally researched why the city is called Uptown and found this explanation from NBC Charlotte’s Brad Panovich: “It dates back to when Charlotte was just a trading post at Trade and Tryon. The early residents of Charlotte would walk or ride their horses to Trade and Tryon to buy and sell their goods. They literally had to go uphill so they would say they were going ‘Up to Town.’ It later was shortened to just going ‘Uptown.’ As the city grew, it slowly went back to the term downtown, when the industrial revolution took place. It was later resurrected in the 1980s as a PR campaign to make downtown sound better.”

I probably just bored your socks off (unless you live in Charlotte and have always wondered about this!), so let’s move onto recapping our date night!

Ryan and I spent most of Saturday hiking, so after an hour or so of relaxing at home, it was time to get ready and head back out for dinner at Copper, an Indian restaurant located just south of the city. 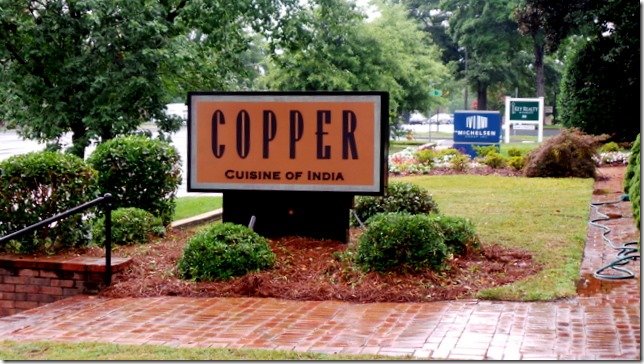 Ryan selected this restaurant after reading a great review in the Charlotte Observer. We were excited to try it out, especially after some of you recommended it as well.

The restaurant is located in a beautiful house with lots of windows and has a cozy yet upscale atmosphere. 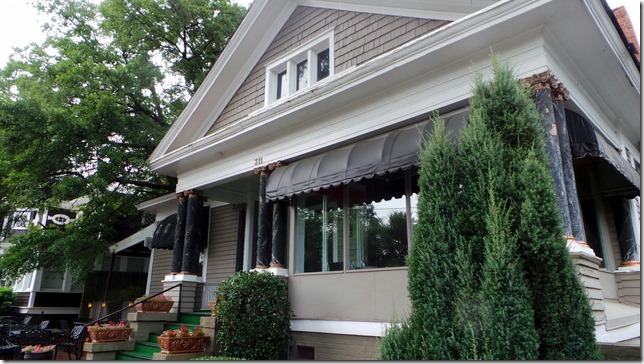 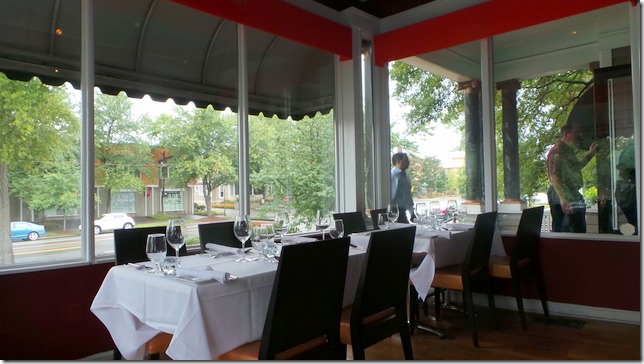 We were lucky enough to snag a table at the front of the house so we could enjoy some natural light and views of the neighborhood.

My meal began with a minty blue martini on the rocks. 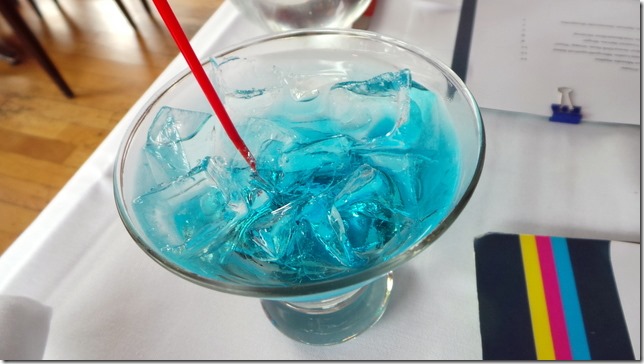 It tasted like Icebreakers gum (in a good way)!

As we looked over the menu, we basically inhaled the naan that was delivered to our table. 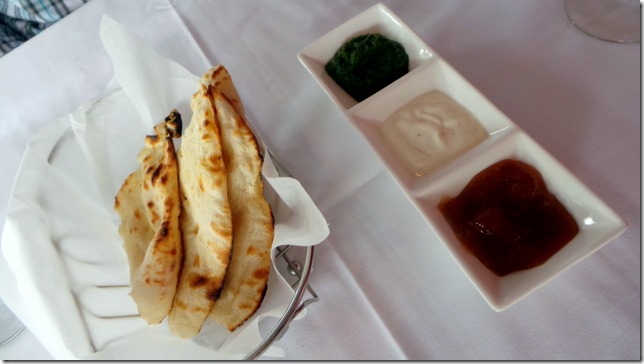 It was warm, fresh and a little doughy. In other words, it was perfect and we had no problem polishing off the four pieces. I topped mine with the mango chutney and it tasted fantastic.

I was a sad girl when it was all gone. 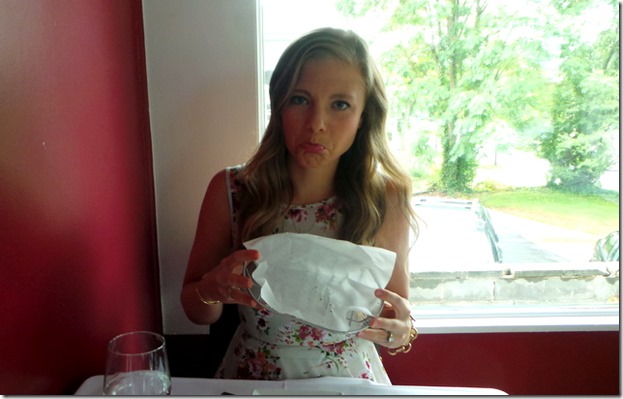 When it came time to order, Ryan and I decided to heed the advice of a few Yelp reviews I read that said entrees are served “family style” and that an appetizer and entree would be enough for two people. This ended up being a bit of a mistake since the appetizer and entree portions weren’t large. I actually think the entree portions were perfect for one person (not ridiculous or over-the-top), but a single entree was too small to share.

Our meal began with a shared bowl of tomato soup and the gun powder prawns. 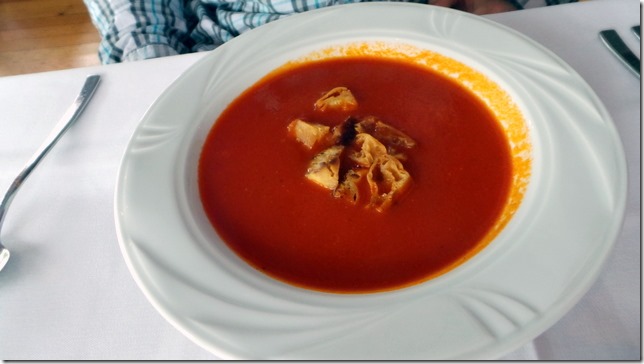 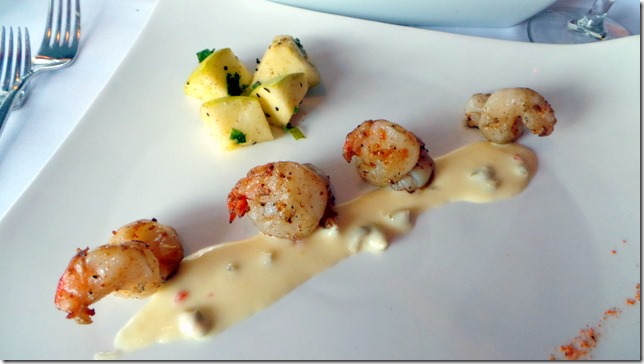 Ryan gravitated toward the soup while I ate most of the prawns. The lemon olive crème sauce added the perfect punch of flavor.

For our entree, we shared the duck leg confit with a Tandoori spiced cherry glaze, soy mushroom black cumin broth and parsnip-kale fricassee. 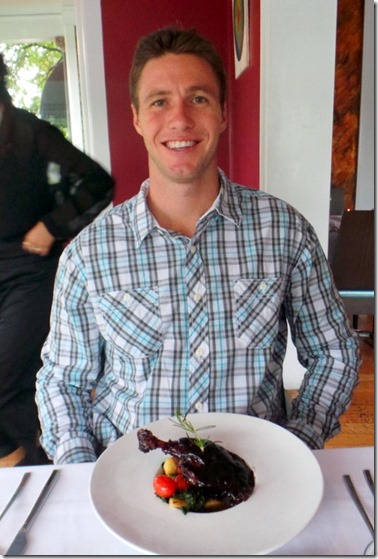 And lots of rice! 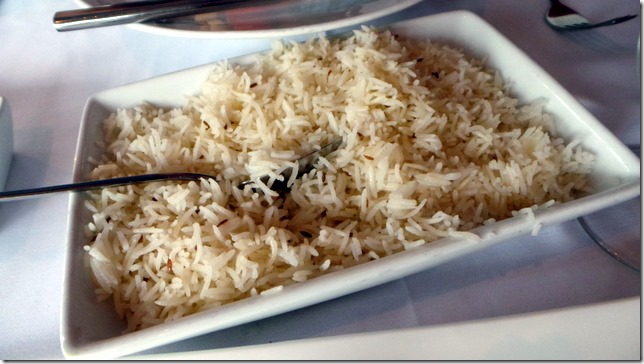 Plus a side of vegetables for some greens. 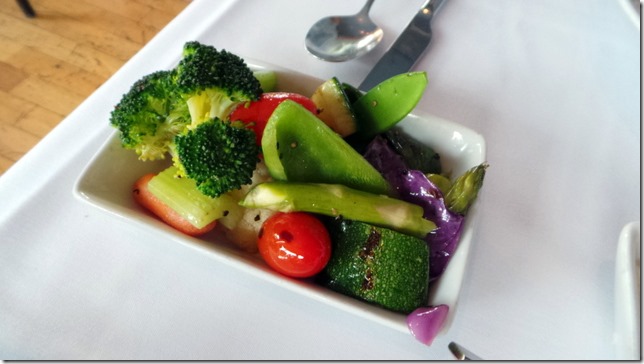 Another basket of naan came with our dinner and we ate all of it once again. I think the naan may have been my favorite part of the whole dinner!

Thanks to the naan and the rice, we didn’t leave Copper feeling hungry, but if we would not have had rice or naan, I know I would’ve left craving more food. If you visit Copper, I wouldn’t recommend listening to the Yelpers who said one entree and an appetizer is enough for two people.

When we left Copper, Ryan and I agreed that the food was delicious, but we’d want to try a bunch of other restaurants before returning. And next time we’ll each order an entree!

Once we hopped in the car, Ryan suggested dessert and I remembered your recommendations for Amelie’s, so we headed to the French bakery in Charlotte’s NoDa Arts District. 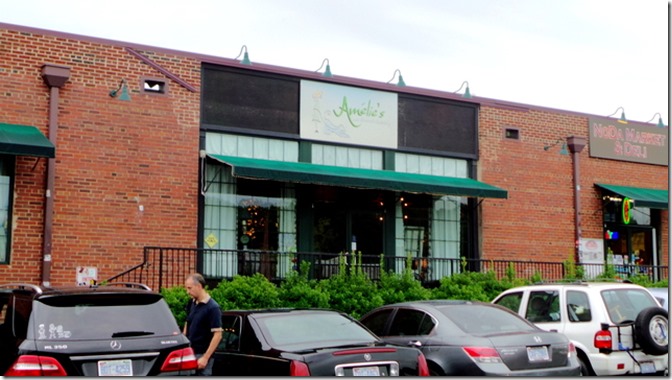 Amelie’s is clearly quite popular because a long ling greeted us when we walked through the door. 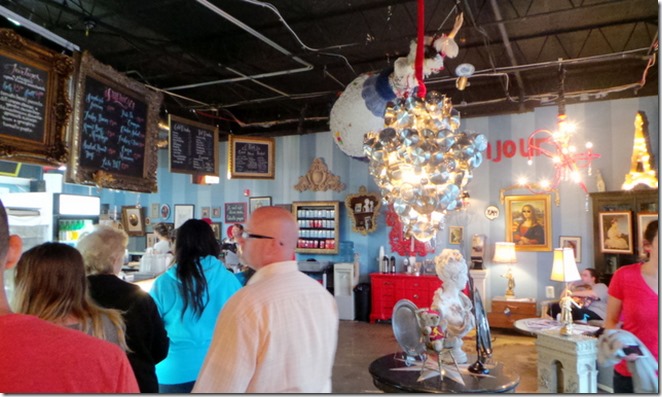 Fortunately the service was quick and within five minutes, we were selecting sweet treats to enjoy! 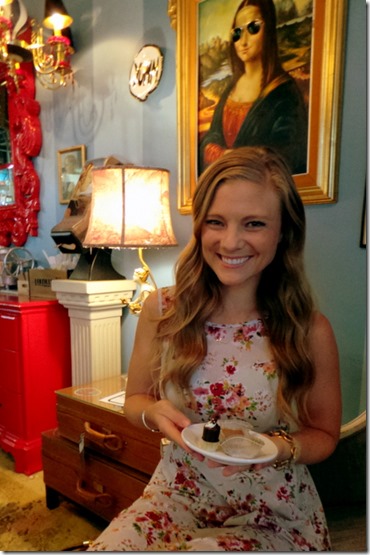 Ryan went with a slice of lemon blueberry white cake and a pistachio macaron while I opted for the salted caramel brownie and a mini chocolate mousse cup. 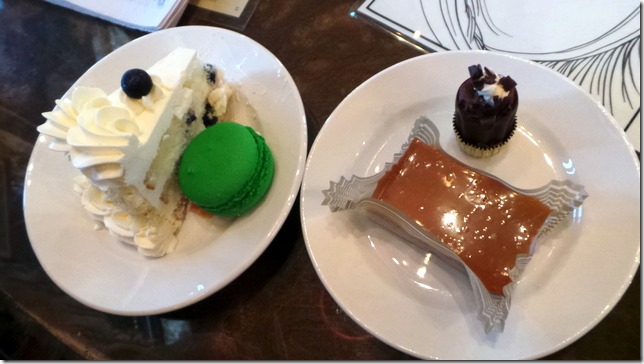 Ryan and I both agreed that I won the dessert battle, hands down. Ryan’s macaron was tasty but his cake wasn’t so great. My salted caramel brownie was unreal. It reminded me of the homemade chocolate sauce my mom makes for on top of ice cream sundaes but in brownie form. The mini chocolate mousse cup was rich and indulgent and I had no problem clearing my plate!

We arrived back at our apartment feeling full and happy. A Saturday date night success!