Another Christmas has come and gone and I can hardly believe it. There is always so much buildup and anticipation leading up to Christmas and I’m always left wishing the day could last 10 times longer than it does every year. 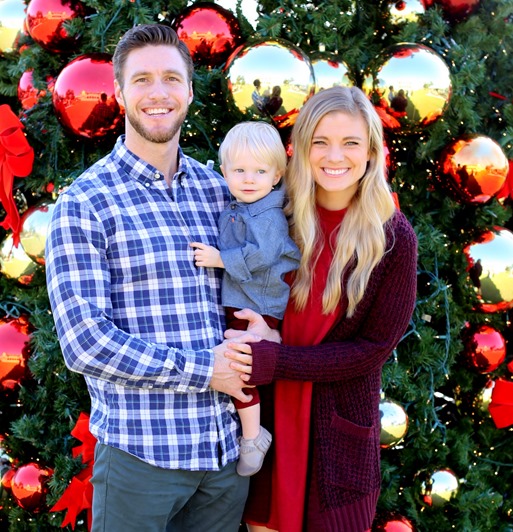 We spent our Christmas with my family in Jacksonville and enjoyed plenty of delicious food, relaxation around the dinner table and lots of time on the beach, despite mostly overcast weather.

It felt like our Christmas celebration officially began on Christmas Eve when our family headed out for a special brunch at the Sawgrass Country Club. 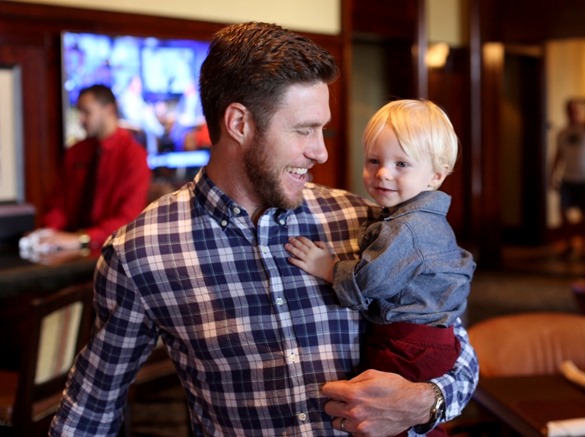 I’ve never been to Sawgrass before (it’s home to the annual TPC golf tournament), so I was excited to visit the beautiful club, snap some pictures by the big Christmas tree outside on the lawn and dig into some delicious food. 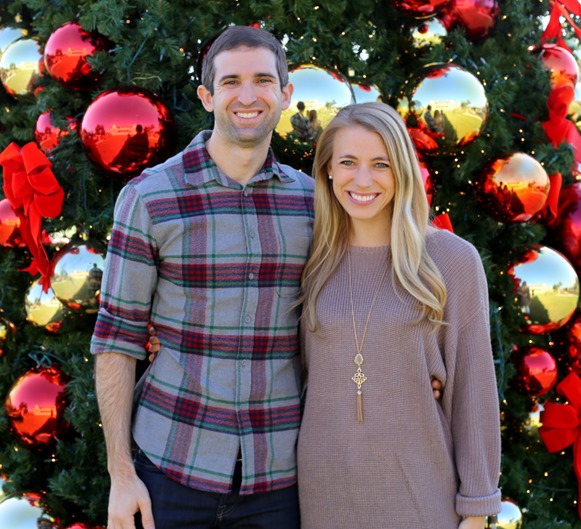 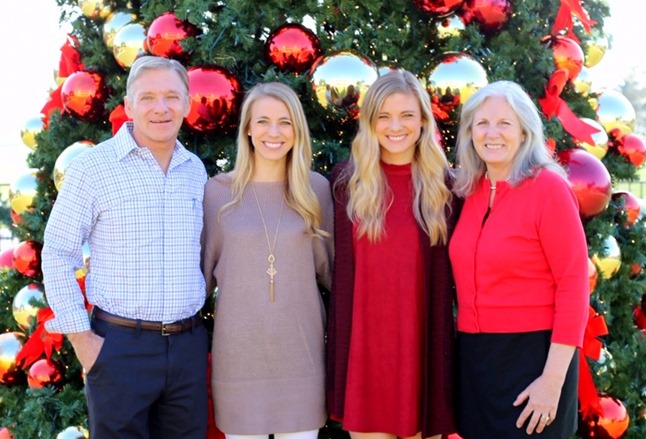 The club wasn’t too busy considering it was Christmas Eve and soon enough we found ourselves eating our omelets, French toast, eggs Benedict and waffles and loving every bite. There were lots of clear plates at the end of our brunch.

After brunch, we headed home so Chase could nap and relaxed on the couch until he was up again. We spent the afternoon on the beach before changing for church in the early evening. 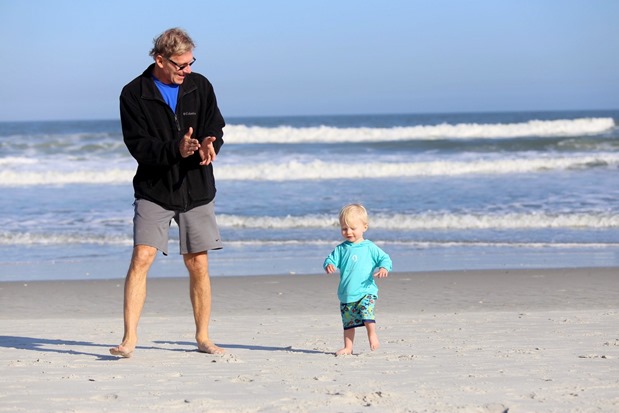 We attended my sister and her husband’s church and loved that they concluded the service with a dance party to celebrate Jesus’ birthday with the kids. Their church is quite small and does not have childcare, so Ryan and I did our best to keep Chase entertained and quiet during the service but Ryan eventually stepped out with him about half-way through so Chase wouldn’t disturb the people around us.

When the dance party began at the end of the service, I rushed into the lobby to bring them back in because I know how much Chase loves a good dance party! They had glow sticks and played upbeat Christmas carols and Chase loved every minute! (The adults in our family were also way too amused when we used the glow sticks to play a form of Pictionary/Name That Shape with them later in the evening. Apparently you’re never too old for glow sticks!)

Once the service was over, we drove back to my parents’ place for a fantastic Christmas Eve dinner of steak, cod, au gratin potatoes and corn followed by apple tartlets and peppermint Oreo ice cream for dessert. I went to bed feeling full and happy!

We woke up bright and early on Christmas morning! Ryan and I have a long-standing tradition to exchange our gifts with each other before everyone else is up for the day and were able to make it through our stockings and a couple of gifts before Chase joined us for the remainder of our exchange. 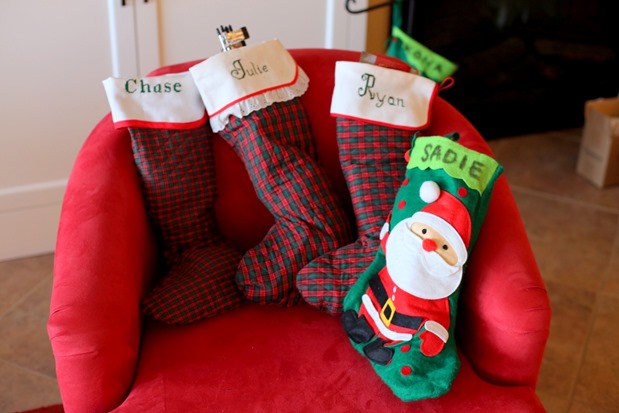 As usual, Sadie was right in the middle of the gift-giving action the whole time! 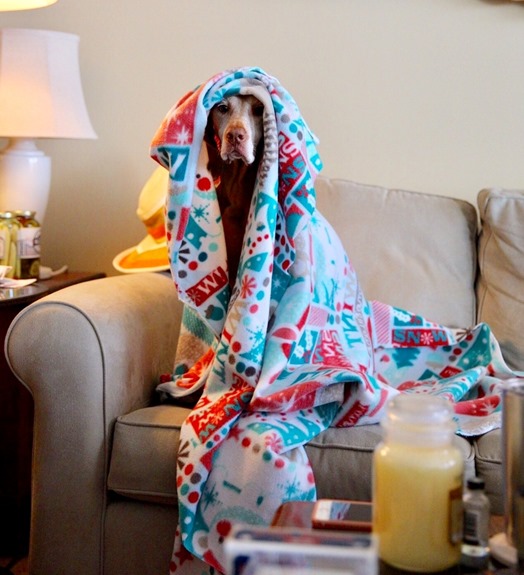 Once the rest of my family was up, we all gathered around the table for our traditional Christmas morning breakfast of cheese puff casserole and monkey bread and opened our stockings together! 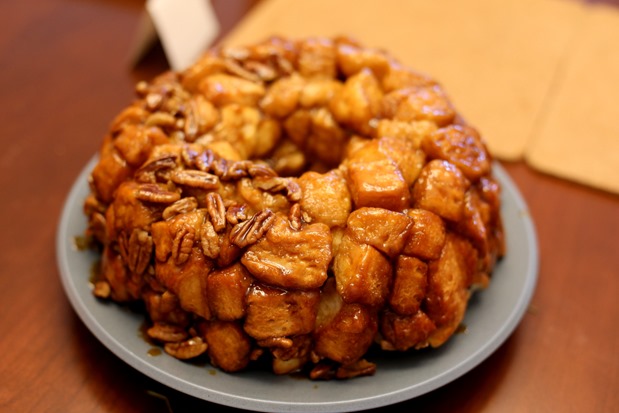 I think we are still probably a solid year or so away from Chase really understanding the magic of Christmas but he definitely had fun opening his presents this year! We opted for a “slow unveil” over the course of the weekend so he wasn’t overwhelmed with a bunch of presents at once and that seemed to work well. He was especially excited to open up a giant car ramp toy from Aunt Leslie and Uncle Ross and immediately said “car!” when he saw the cars on the box. 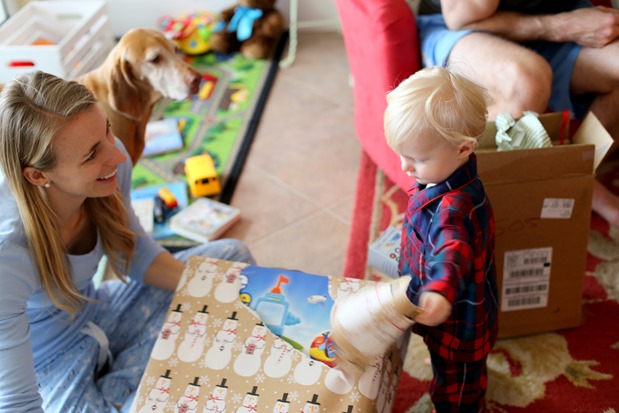 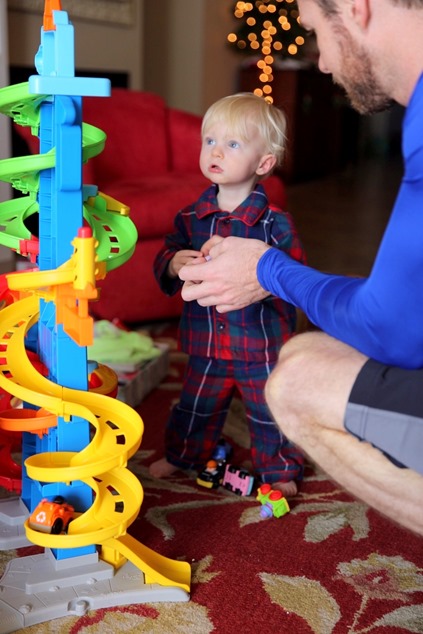 (Special thanks to my mom for Chase’s oh-so-grown-up Christmas pajamas! I still cannot handle the cuteness!)

I had the best time exchanging gifts with my family and loved spending the entire day make-up free in my pajamas, with the exception of an hour or two stint on the beach when I swapped out my flannel pants for leggings. Perfect! 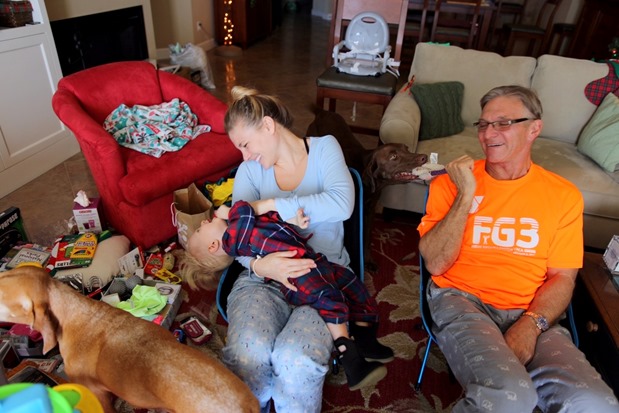 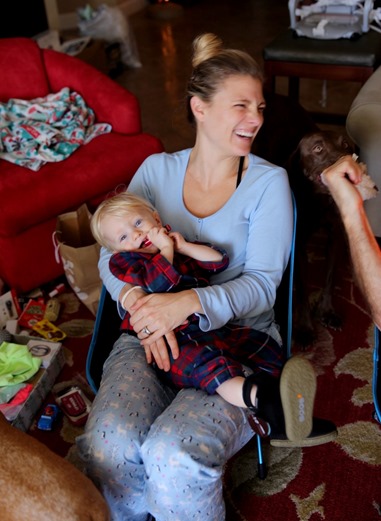 The beach was hoppin’ on Christmas Day and even though it was a bit drizzly outside, we loved watching Chase explore and helped him build sand castles with buckets and shovels. 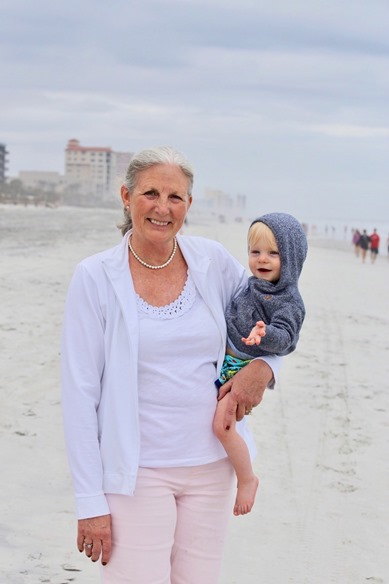 We came back inside a little after 4 p.m. and spent the remainder of the night playing games, eating a wonderful tenderloin and lobster dinner and watching Christmas Vacation before bed.

It was such a great Christmas and I’m so grateful we were able to spend it with family. Ryan and I arrived back in North Carolina earlier this afternoon and will be spending the remainder of the day unpacking and getting ready for the rest of the week ahead.

I hope you had a fantastic weekend!!!