In the years that we’ve had Sadie, Ryan and I have been told that she acts and looks like a little fawn on more than one occasion by a handful of people.

She’s sandy-colored, feeble and can be timid around strangers (or psychotic). She’s our little Bambi.

Today our little fawn got up close and personal with a real little fawn. 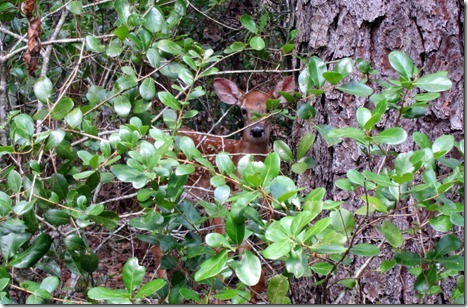 As we were hiking late this morning, Sadie all of the sudden stopped in her tracks and pointed.

Ryan immediately noticed the fawn and pointed it out to me behind the brush. It was so tiny and we were standing less than 15 feet away from the little guy.

We didn’t let Sadie approach the deer and we looked around for its mother. I immediately thought about that one YouTube video of the deer attacking the dog (it haunts my dreams, so I’m not linking to it) and told Ryan we should move on in case the mother deer was nearby and feeling protective.

Our hike ended up being rather short because the horseflies along the trail were horrendous and wouldn’t stop biting my legs. 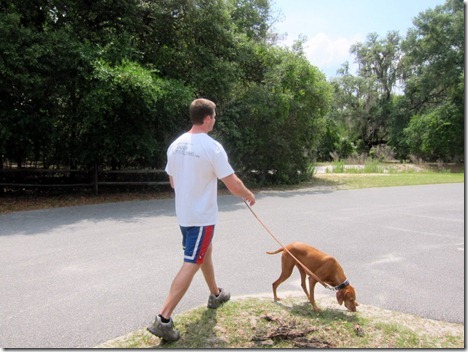 They swarmed around Ryan’s legs, but he didn’t get bit once while I left the forest with legs covered in horsefly bites. I will be growing lots and lots of leg hair for our next hike.

After our 30-minute hike, we came home and made a quick lunch of sockeye salmon salad with roasted Brussels sprouts. 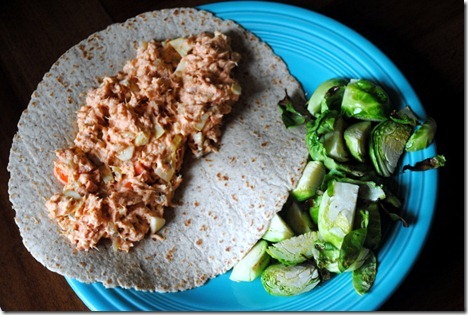 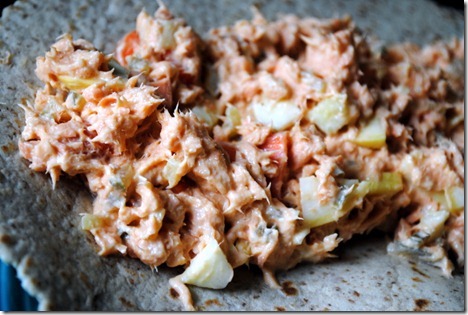 I added summer squash and carrots to the salmon salad and tucked it into a whole wheat tortilla so I could enjoy it wrap-style. 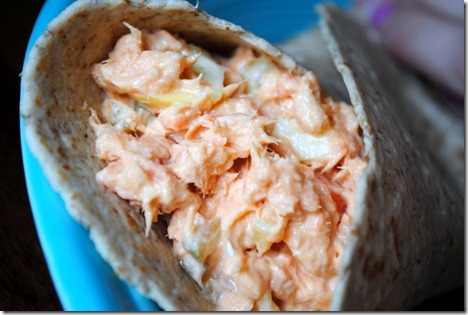 I also ate a sliced apple while waiting for the Brussels sprouts to roast in the oven. 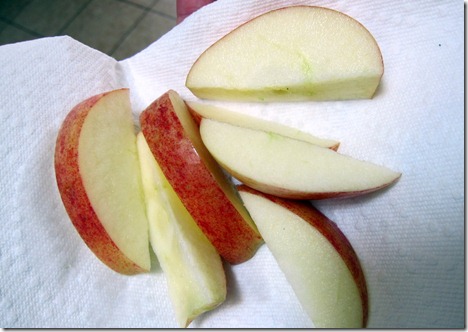