Tonight’s dinner was such a fun one… and one I think kids would absolutely love. 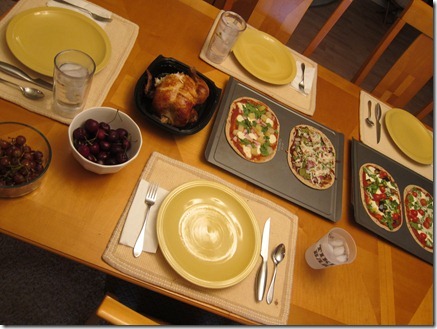 My mom, sister and I had the idea to make various flatbread pizzas for dinner. When I suggested that we all take one pizza to top the way we wanted and then have my dad judge the best tasting pizza winner, everyone was game.

I made a BBQ chicken pizza… 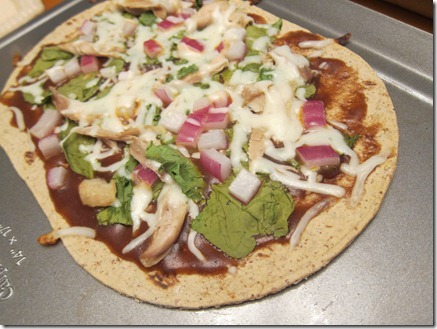 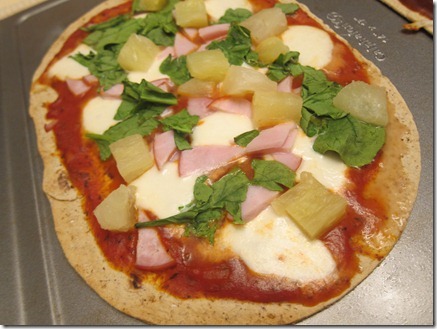 And my sister made a caprese pizza with mozzarella, basil and cherry tomatoes. 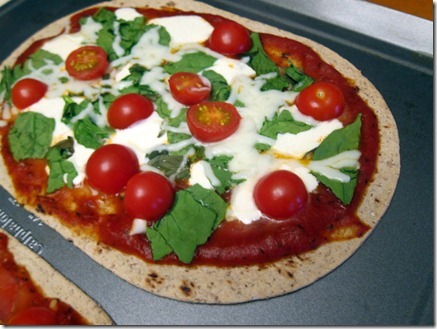 I think my sister should win on appearance alone! Dang.

We all gobbled up the pizza and some rotisserie chicken while my dad debated the winner.

The first one he ruled out?

When my dad wants pizza, he wants pizza, pizza with cheese and marinara… not BBQ sauce as a base. He said he really liked mine, but didn’t realize the sauce was BBQ sauce and that threw him for a loop.

I imagine biting into a pizza topped with BBQ sauce when you’re expecting marinara sauce is a bit like taking a big gulp of milk when you think it’s water. Bleh.

In the end my mom’s Hawaiian pizza took first prize.

It was a brutal blow, but I nursed my bruised ego with some cherry vanilla ice cream.

Ice cream makes everything better. That is a fact.

In other news, did you hear that they chose the next Bachelor?

Here he is ladies and gentlemen… 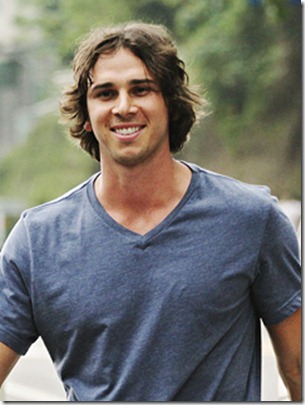