Navigation
This past weekend closely mirrored the previous weekend. A date night on Saturday was followed by a few hours of hiking on Sunday! 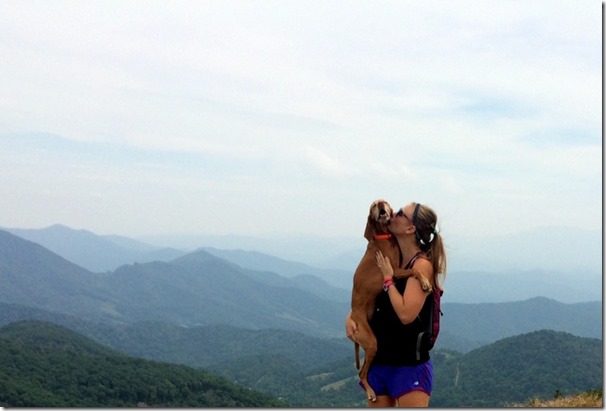 (I can’t tell if that’s a look of misery or bliss on Sadie’s face. Let’s go with awkward bliss, mmmkay?)

Sunday’s hiking adventures took us all the way to the Appalachian Trail! Ryan previously did some hiking with two of his friends on the Appalachian Trail and spent some time hiking on the trail close to Carvers Gap. We decided to park in the lot at the base of the trail and complete an out-and-back two-hour hike late Sunday afternoon. 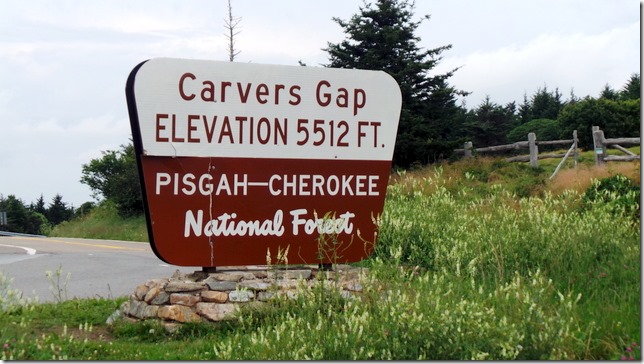 We are hoping to hike Roan Mountain in the future, but for Sunday’s hike, we followed the trail in the opposite direction and hiked The Balds, a series of treeless mountaintops that offer expansive panoramic views of the Appalachian Mountains.

I went into this hike with no expectations and was blown away. Truthfully, I started the hike feeling cranky after spending longer than anticipated in the car, but my mood quickly shifted once we started moving. It’s amazing what fresh air and a little exercise can do.

The first part of our hike took us through a dense forest that ended up being the only shaded area of the trail. 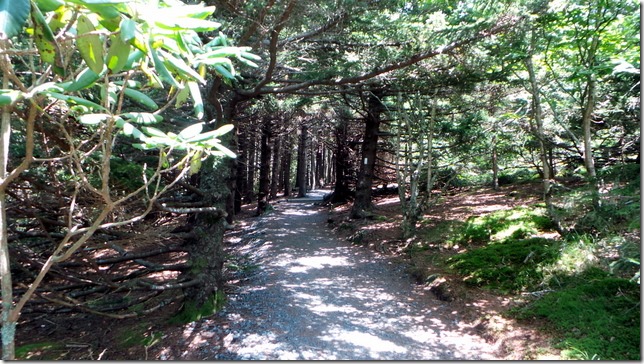 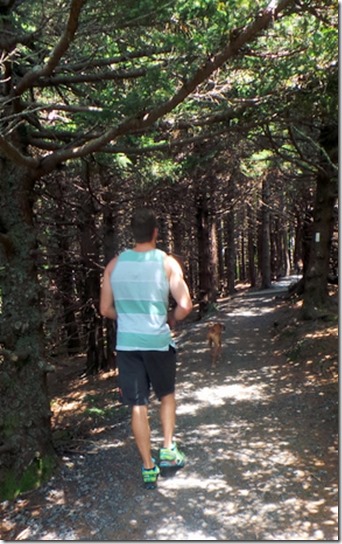 Fortunately we didn’t miss the shade one bit once we got to the top of The Balds since the air was nearly 20 degrees cooler at the top of the mountains than it was in the city of Charlotte.

In less than 10 minutes, we reached the top of Round Bald and were rewarded with one heck of a view. 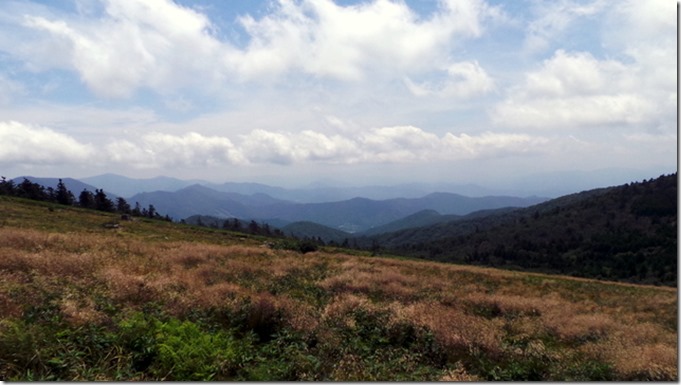 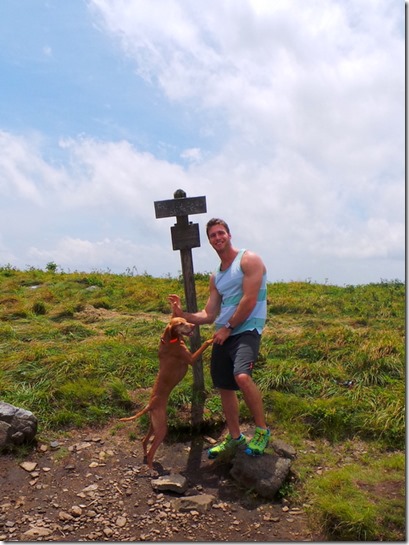 As we kept hiking and made our way up and down Jane Bald, we stopped numerous times because the views were too pretty to only give a passing glance. 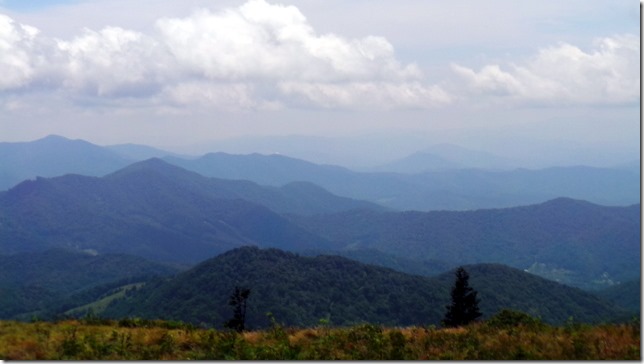 The following picture is my favorite from the day: 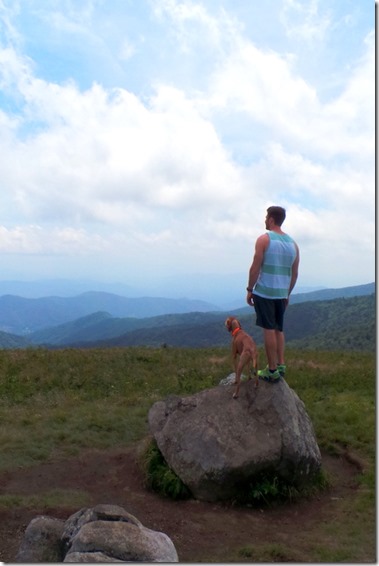 Ryan hopped up on that rock for a better view and naturally Sadie, his faithful steed, had to join him. We dubbed her our little mountain goat on this hike! She makes it up rocks in a flash and her agility is quite impressive and fun to watch. 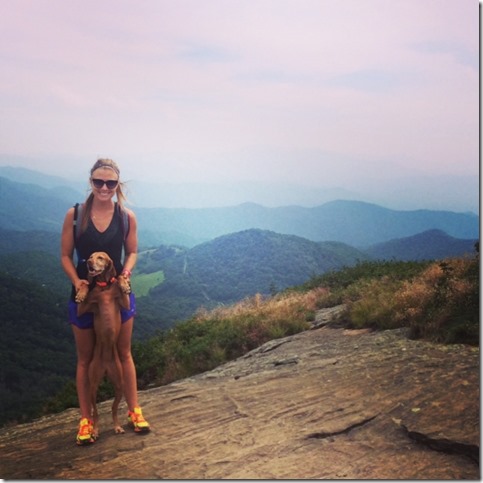 As the hike continued, we followed the Appalachian Trail and came upon a few sections with flowing water that was small enough to hop over without any issues. 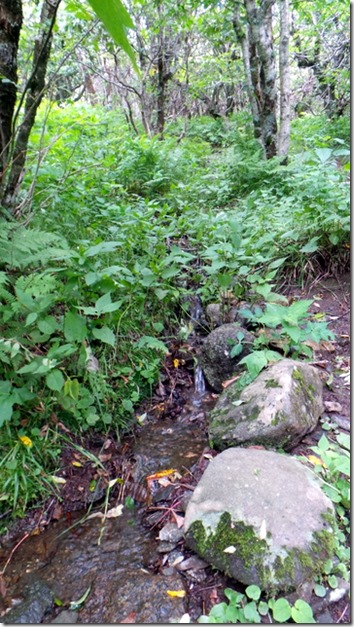 This may seem trivial, but one of the most memorable parts of the hike for me occurred when I was hit with the intense smell of Christmas trees! 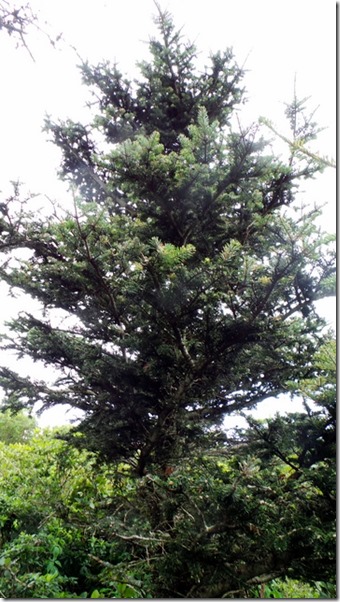 I looked up and realized I was surrounded by two incredibly fragrant trees and deeply inhaled the fresh scent as we continued hiking. Christmas in July!

On our hike back, we retraced our steps but something caught our eye this time that somehow went unnoticed on the first half of our hike. 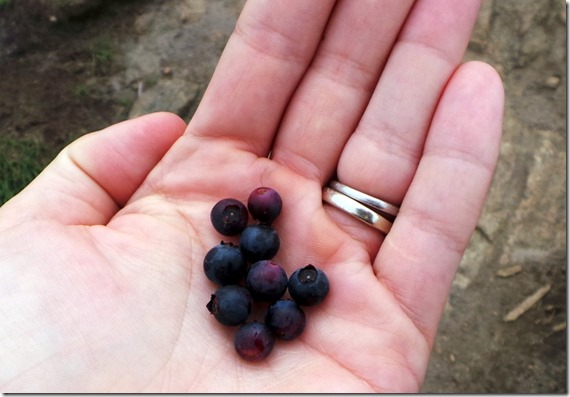 Huckleberries! Ryan and I mistook them for tiny blueberries at first, but a passing hiker told us their proper name and we enjoyed a bunch fresh from the bush. Apparently the fresh huckleberries are well-known to hikers in this area because we saw some kids along the trail with small bags full of them.

After two hours, we arrived back at the car and Sadie just about fell asleep sitting up on the car ride home. 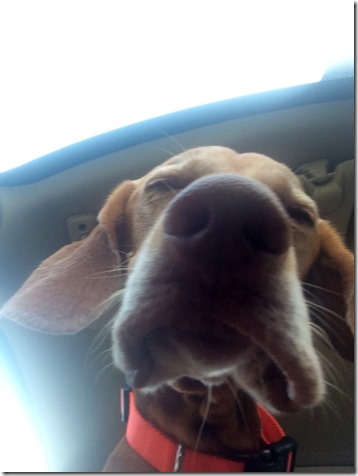 I’d say that means this hike was a good one!