Good morning from the Fagan household where Kleenexes were plentiful and pajamas were the clothing of choice this past weekend. Can you tell we were a little under the weather? And by “we” I mean me and Chase (Ryan has thankfully escaped our colds so far) and fortunately I seem to have it worse than Chase at the moment. On the bright side, neither of us have fevers and simply have runny noses at the moment and I’m crossing my fingers we’ll be feeling back to normal in no time!

On Friday night we all felt healthy and our colds had not kicked in yet, so we headed out to our friends Carrie and Nick’s house for a make-your-own-pizza night! 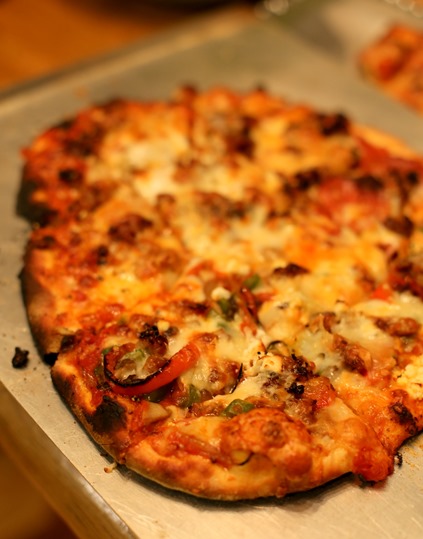 Carrie and Nick have a Green Egg (an awesome ceramic smoker) so we made our pizzas on the grill and they were absolutely fantastic. I am now tempted to buy a pizza stone and try pizza on the grill on our house very soon because they were so good. We just used Publix pizza dough and everyone took turns topping their pizzas with a myriad of delicious veggies, cheeses and meats before Nick put them on the Green Egg and we all dug in! 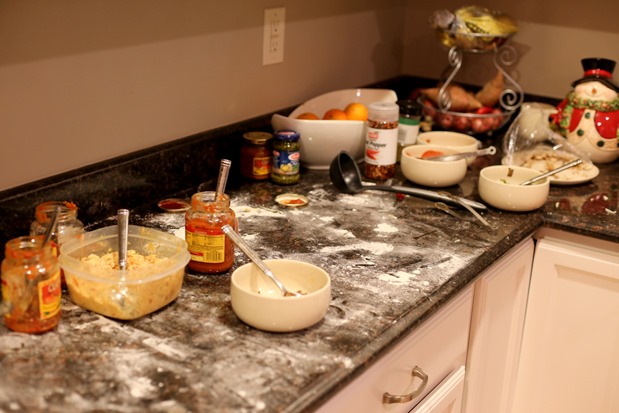 Earlier in the week, my friend Lauren and I had the idea to turn the pizza night into a mini ugly sweater party for the little ones and so we all broke out our glue guns and got to work! 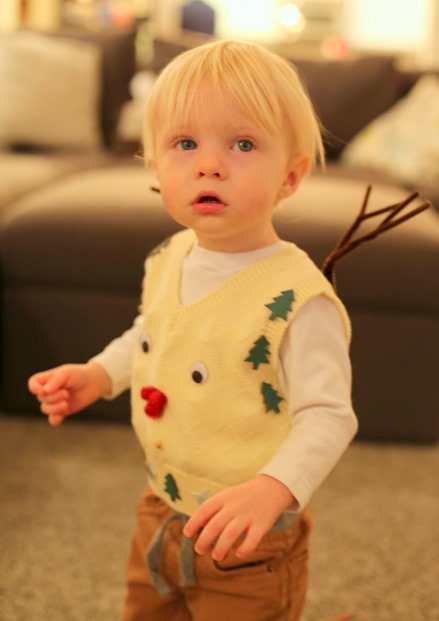 I made Chase a ridiculous reindeer sweater out of a cheap sweater vest I found. Googley eyes, pipe cleaners and puffy sparkly red balls made it an easy sweater to put together and some mini wooden Christmas trees and stickers from the Target dollar spot rounded out the look! Stylin’! 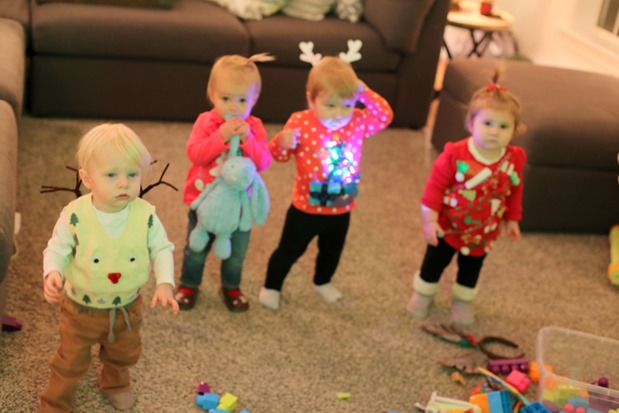 Our Saturday morning began with oatmeal and coffee and lots of Christmas book readin’ with Chase. Once Ryan made it home from the gym, the three of us headed out for muffins and smoothies before driving to Discovery Place Kids for an hour of playtime before Chase’s nap. 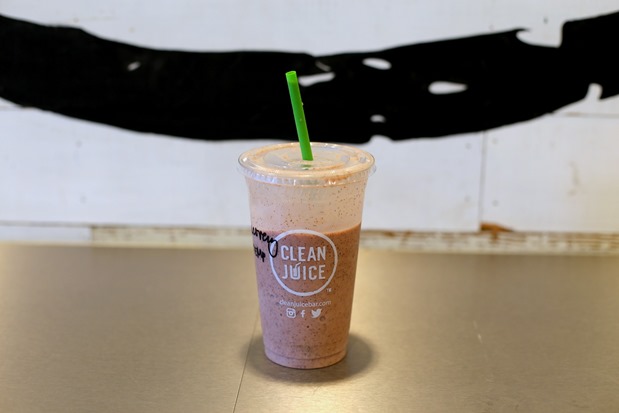 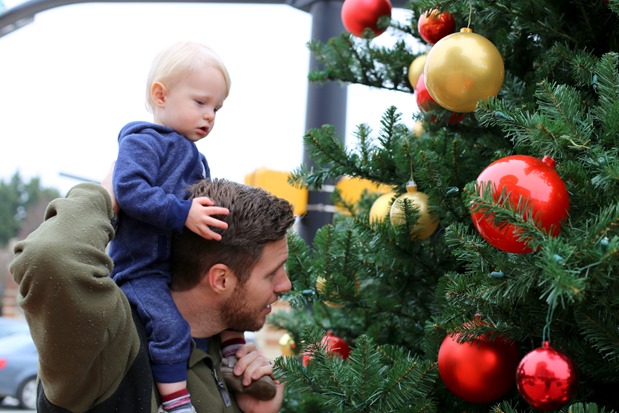 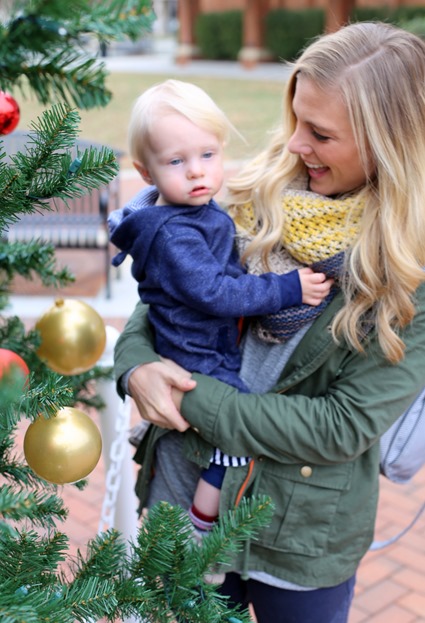 Once we made it home, we put Chase down for a nap and I quickly headed over to my friend Lauren’s for an hour for a mini holiday shopping party she was hosting at her house. I started to feel a little under the weather around lunchtime and by the time I made it home from Lauren’s, I was ready to relax on the couch for a bit. Ryan and I watched part of The Santa Clause until Chase woke up from his nap and apparently the same cold that came on quick for me hit Chase because he woke up with a runny nose. He seemed completely fine other than his runny nose (and no fever!) so we played at home for a bit before we drove to the pet store to pick something up for Sadie. Chase LOVES the pet store so much since people often bring their dogs inside so we were there for quite a while as he waved at the dogs and seemed to enjoy looking at the fish and the cats up for adoption.

Before heading home, we stopped at a local Greek restaurant for dinner and I ordered a Greek salad which hit the spot. 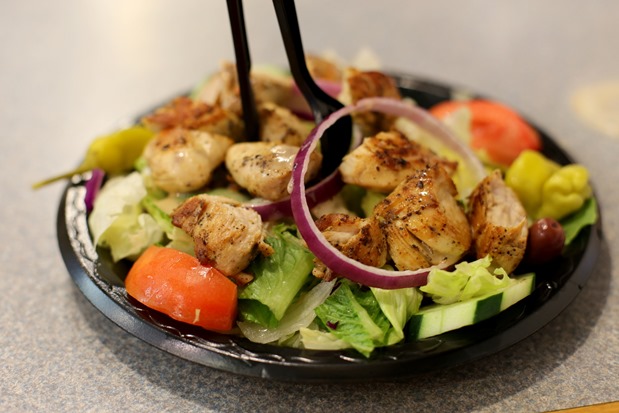 With the exception of the veggies on my Friday and Sunday night pizzas, I think that salad included the only vegetables I ate all weekend. Oops.

On our way home from dinner, we listened to Christmas music and took advantage of Chase’s good mood to drive around and look at Christmas lights! We hoped to do more holiday-related stuff as a family this year but somehow it has passed by in a flash and we haven’t done too many festive things other than last weekend’s Santa adventure. Maybe next year!?

Sunday morning I woke up feeling pretty awful. Thankfully Chase was content to read books on the couch for most of the morning and play peek-a-boo with Sadie (who had no idea the game was going on around her). 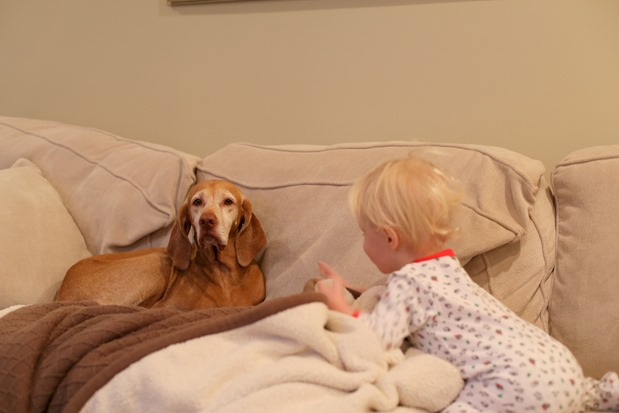 Ryan ended up taking Chase out for some morning errands so I could rest on the couch while they were out and about which was so helpful. I parked myself on the couch with Kleenexes and Netflix and rested through the morning and Chase’s nap. I was hoping to feel better by the time Chase woke up from his nap, but that just wasn’t the case. Thank goodness for Ryan because I was able to rest in my pajamas on the couch and in our bed pretty much all day long while he and Chase made the most of the day. Since I spent Sunday sick, Sunday’s recap clearly isn’t going to be a fun one to read but at least it ended on a nigh note with pizza.

I hope you guys had a good weekend and that you’re all feeling nice and healthy right now! Thanks for stopping by the blog today!

« Things I’m Loving Friday #165
The Story Behind the Ornament »