Hello and Happy New Year! How are you guys doing today? I have a feeling blog reading and internet browsing may be a bit sparse today thanks to the holiday but I really appreciate you popping in to see what’s happening on PBF!

It seems like we’re still in holiday recovery mode over here right now but hopefully by the end of the week, once our usual routine is back in action, we’ll feel a little more like ourselves. Our weekend was a good one that included plenty of lounging and relaxing.

Friday was probably the most active day of the bunch and we spent the majority of the morning and afternoon catching up with friends over lunch and bouncing around at a local trampoline park. I’m not sure who had more fun – the toddlers or our husbands – but you better believe future visits to the trampoline park are already on our calendar!

We spent our Friday night assembling the most incredible train table and train tracks my mother-in-law sent to Chase for Christmas and he was in HEAVEN. 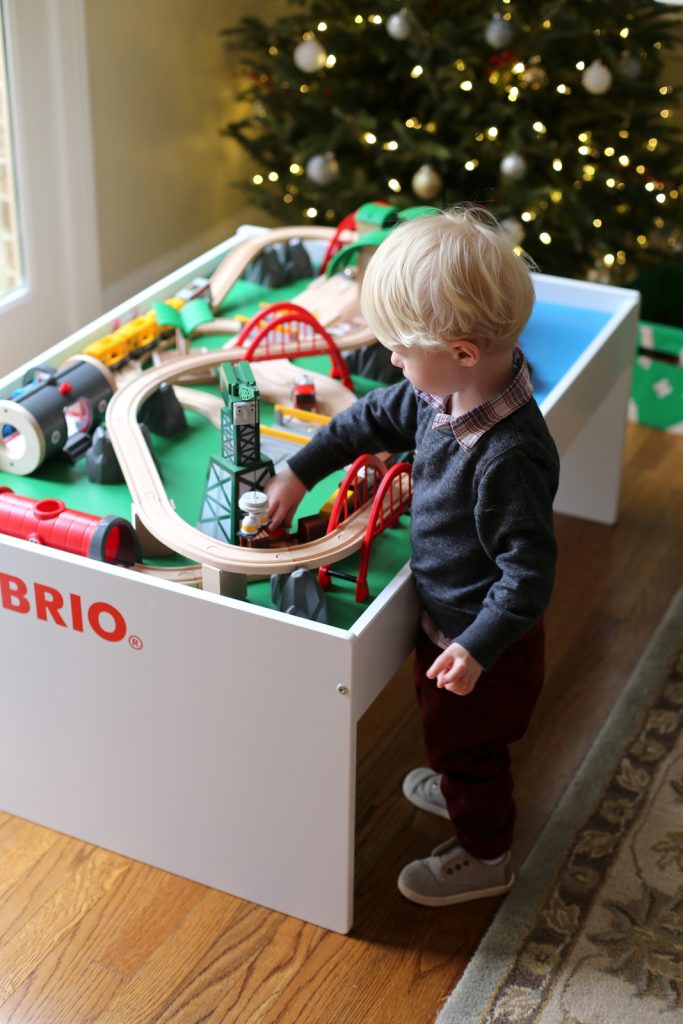 He played and played while we ordered pizza and enjoyed a low-key night at home.

On Saturday we managed to get dressed and head off to the gym but after our early afternoon showers, we all changed back into pajamas and had zero ambitions to do anything other than unpack from our Florida trip and get ourselves a little more organized.

As far as our time at the gym, Chase had a ball in childcare while Ryan and I completed his and hers workouts after warming up together with a little incline walking on treadmill. 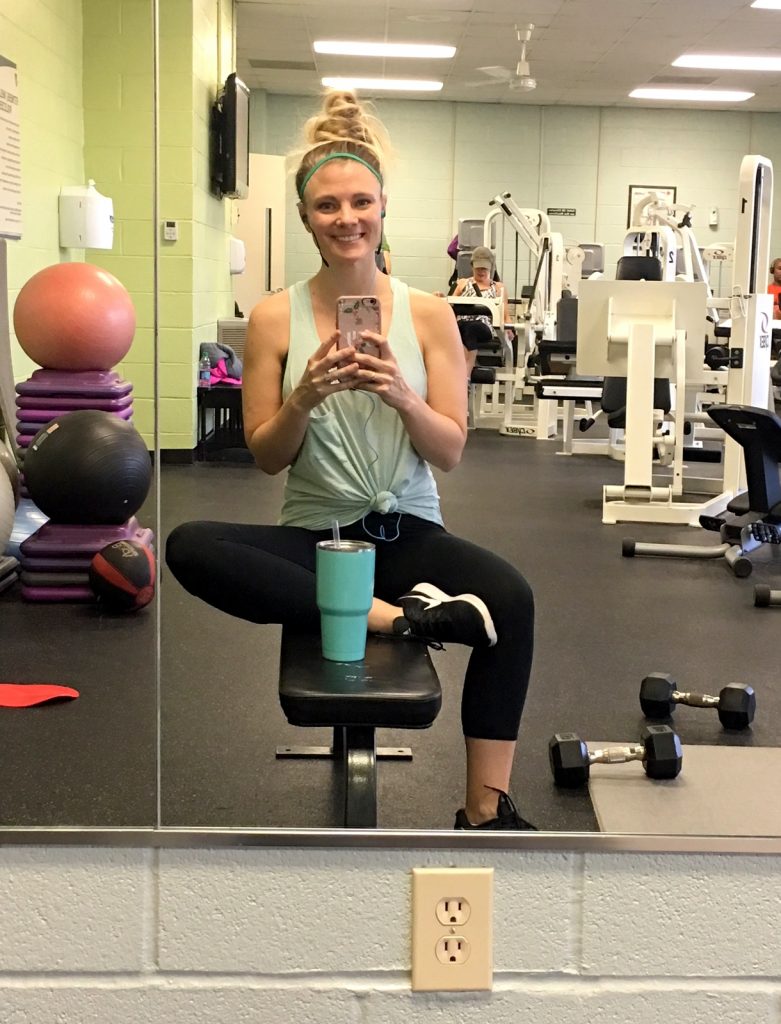 I ended up taking myself through a leg workout that looked like this: 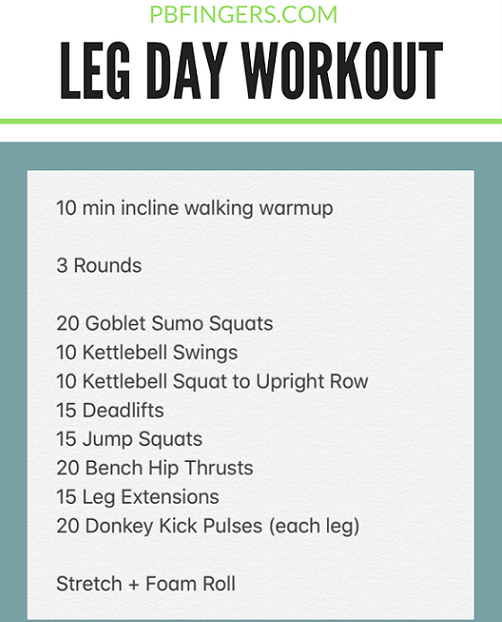 We hit up the grocery store on our way home to stock up on food for the week. I did a little meal planning earlier that morning and am excited to dig into more plant-based dinners.

Here’s a little glimpse at our meal plan for this week:

Once we made it back home, Chase requested a random midday bath which inspired all of us to change into pajamas once we were all clean. After Chase’s bath, he went down for his nap and slept for a solid two hours while Ryan and I celebrated! Chase napped a grand total of ONE time when we were in Florida last week (I blame the steroids he took for croup coupled with all of the excitement of travel) so watching our toddler nap like a champ again felt like a major victory for both our sanity and Chase’s overall demeanor.

While Chase napped, Ryan and I unpacked and did some much-needed cleaning around the house. I also managed to sneak in a little little shopping for an upcoming Nike blog post collaboration I have on my calendar later this month. Nike is currently running an awesome sale (extra 25% off all sale items!), so I nabbed quite a few things, including a pair of leggings for $30 (love the metallic detailing!), a cozy knit zip-up and a long-sleeve hoodie training top.

By the time Chase was up again, we weren’t feeling too motivated to leave the house. We hunkered down at home and Chase enjoyed playing with some of his new Christmas gifts while I whipped up a batch of Golden Soup (and cinnamon toast because I’m apparently 12 years old) for dinner. 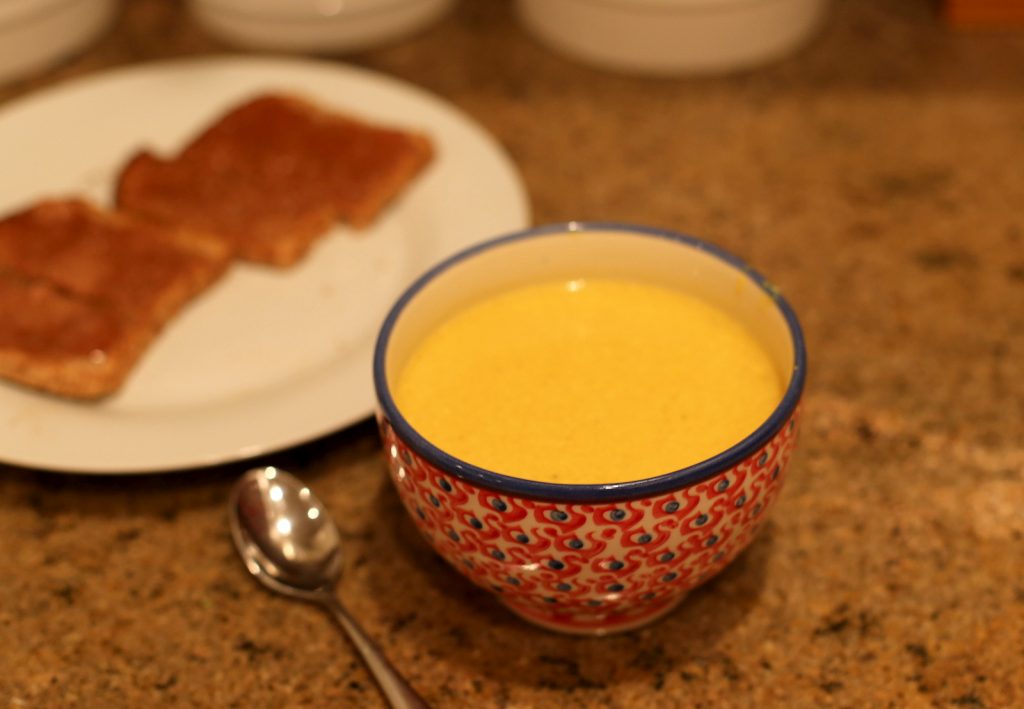 I’m so over flu season and runny noses and hoped a soup packed with veggies and turmeric would help keep contribute to keeping our little gang healthy.

We ate our soup and then cuddled up under blankets on the couch to watch Kung Fu Panda together on Netflix before bed. 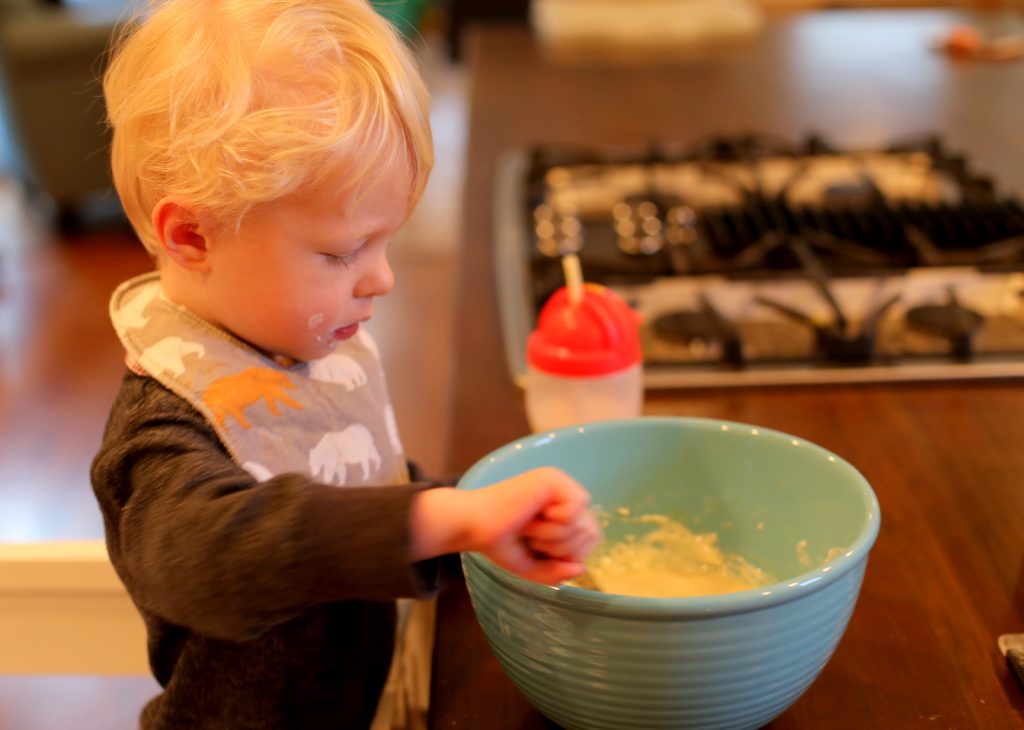 I followed the original recipe I shared back in 2010 but used strawberry Greek yogurt in place of the plain Greek yogurt and we all loved them.

We had every intention of making it to church after breakfast on Sunday morning, but as we pulled into the parking lot, we saw a bunch of cars leaving. Apparently church was canceled on Sunday and a bunch of us didn’t get the memo (I’m assuming this was announced last week when we were out of town), so we scrapped our original plans and headed off to Duck Donuts instead. Not a bad plan b! 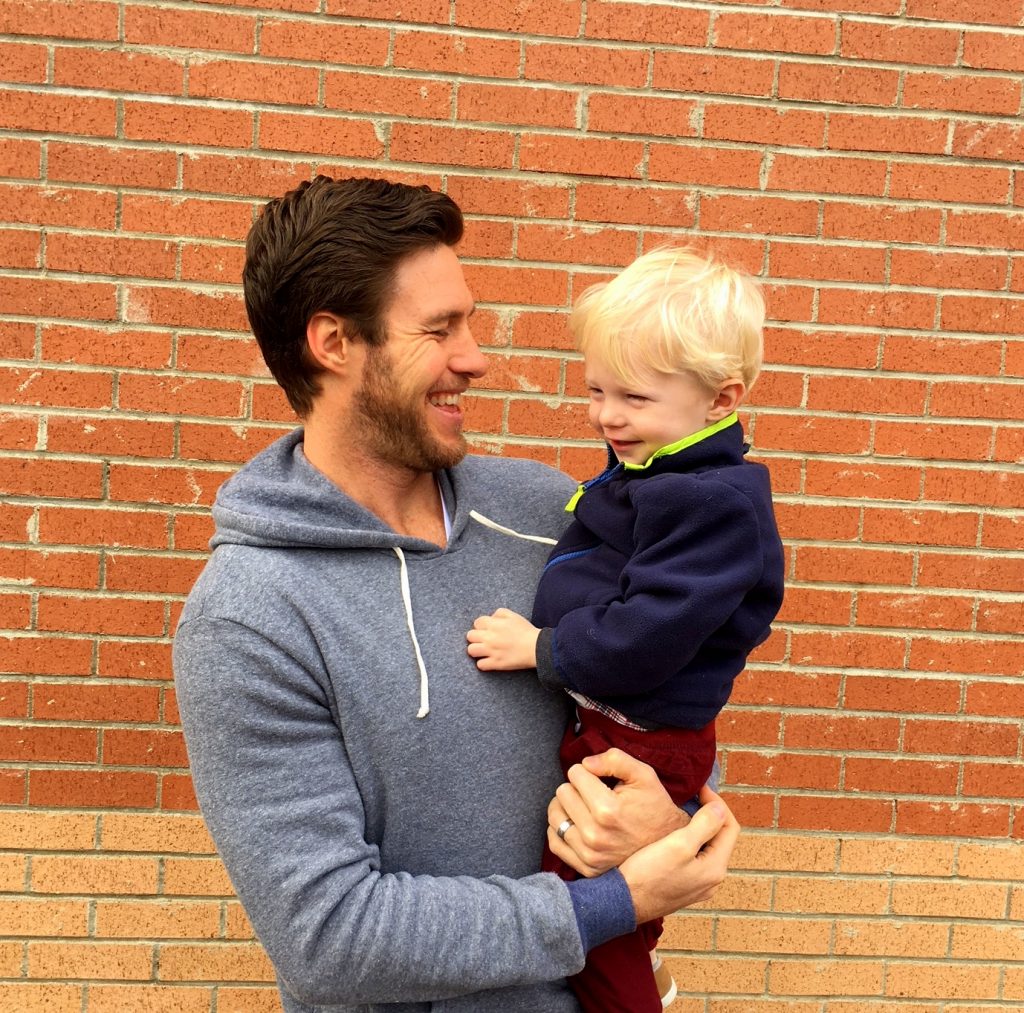 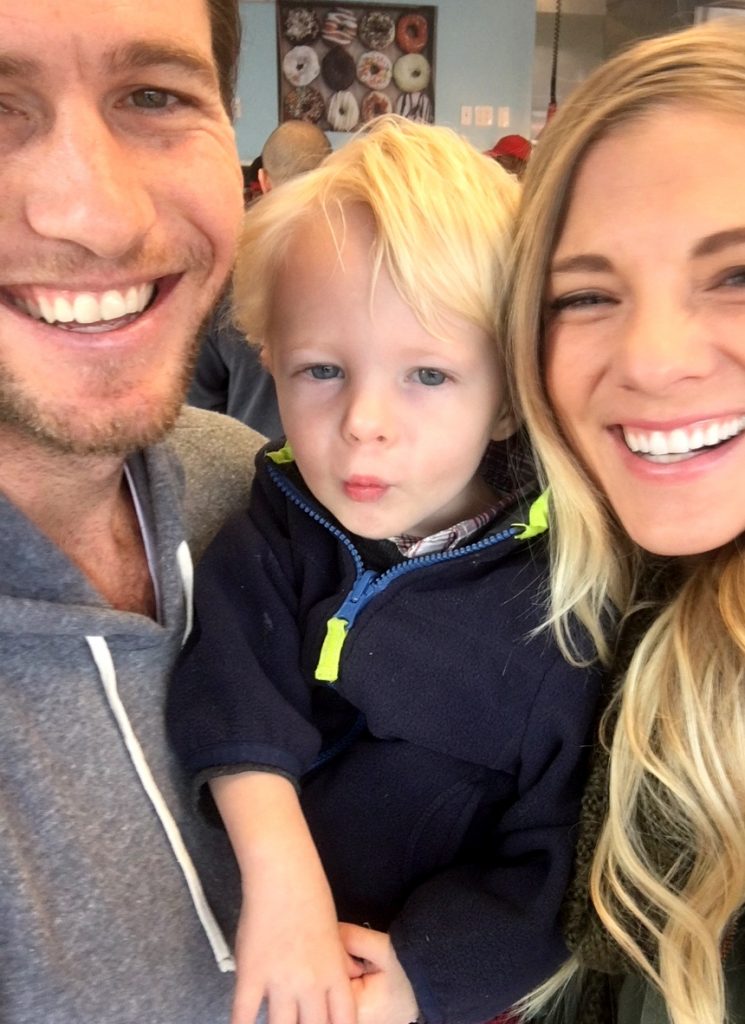 (I think Chase was channeling Zoolander with his Blue Steel look in the above pic. Ha!)

We followed up doughnuts with a trip to Discovery Place Kids for their Noon Year’s Eve celebration which included a balloon drop at noon. Such a fun idea! 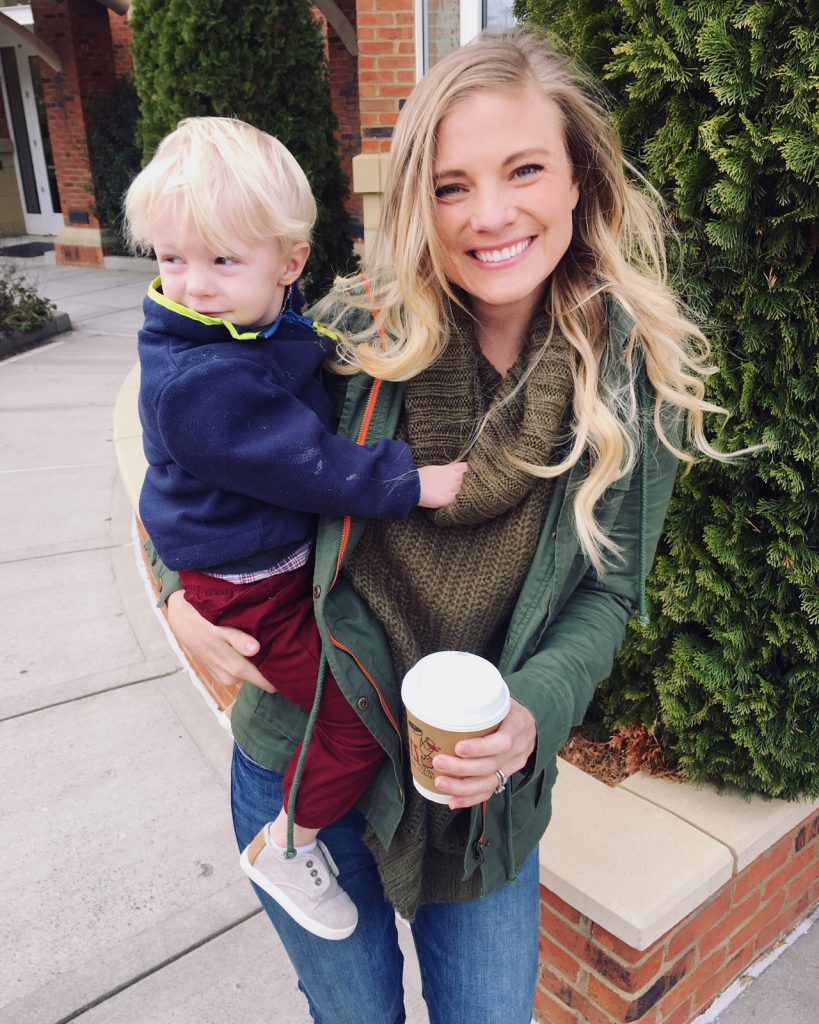 By the time we made it home, we were ready for lunch and then Chase went down for a nap while I worked on the computer and put away about half of our Christmas decorations and Ryan went to the gym.

Our big plans for New Year’s Eve kicked off in the early evening when we met up with some of our friends and their little ones at Novanta, a local pizza place for dinner. We had a great time with everyone and Chase seemed to enjoy spending a couple of hours with some of his best buddies! 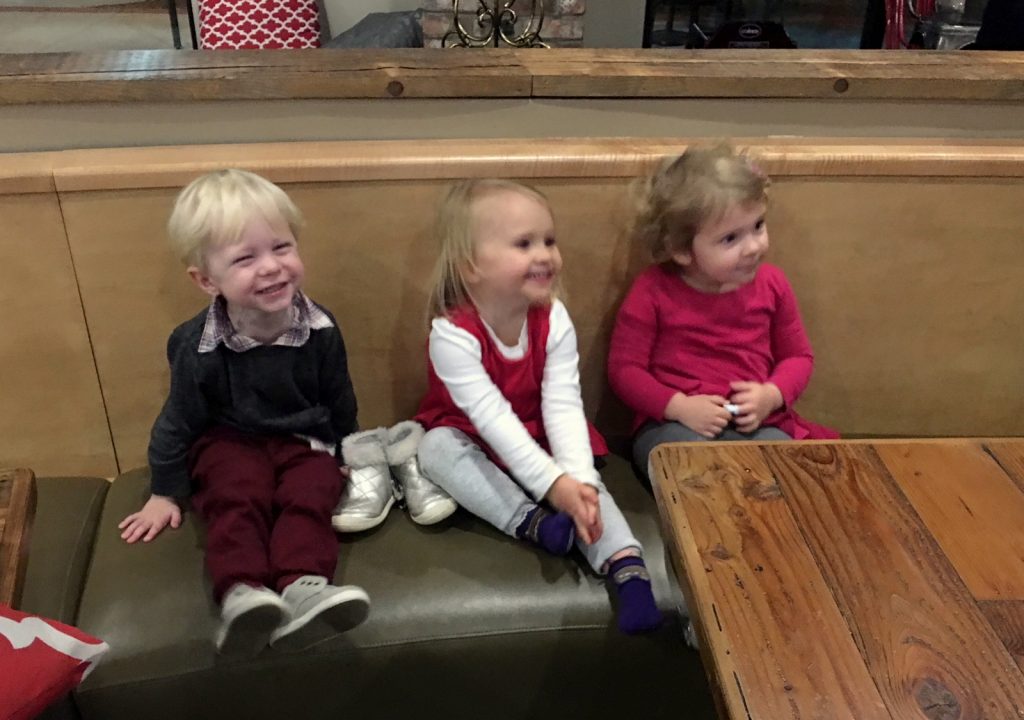 Before heading home for the night, we swung by our friend Ben’s house where he was hosting some friends for a big NYE feast! We didn’t stay for much more than an hour because Chase needed to get to bed but it was still fun to be out for a bit on New Year’s Eve.

As for today, I’m hoping to make it to the gym, get some work done, spend time with my boys and Sadie and watch the UCF vs. Auburn game this afternoon. GOOOO Knights!!!

I really hope you guys have a great first day of 2018! Happy New Year!