It was one heck of a sunny weekend in Sarasota and we did our best to make the most of the beautiful weather!

Ryan and I arrived in Sarasota Thursday evening and after a delicious dinner of southwest turkey burgers (recipe to come!), we lounged around for the rest of the night before going to bed at 11 p.m. We woke up early on Friday morning so I could take a BodyPump class!

Not having access to BodyPump in Ocala makes me awfully grateful for any chance I have to take BodyPump when we travel. Friday morning’s class didn’t let me down!

After a workout, breakfast and a few hours of blog-related work on my computer, Ryan and I took Sadie to Venice Beach so she could run around off leash and play in the surf at the local dog beach. 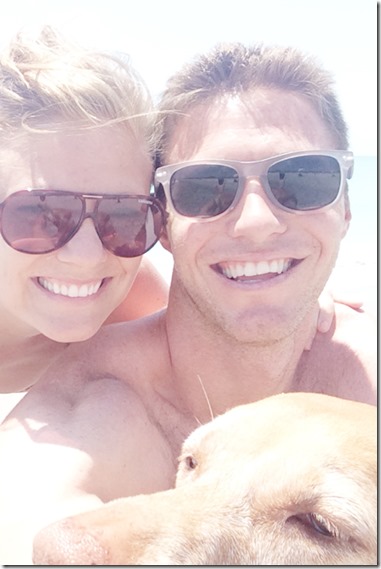 (Trying to cram two people and a dog into a picture you take yourself is an art Ryan and I clearly have yet to master.)

It was incredibly breezy at the beach which was fantastic since we didn’t sweat like crazy. Unfortunately the wind also made the waves a little too big for Sadie’s courage level, so she spent most of the time chasing sea foam and shadows and checking in with us for periodic hugs and kisses. 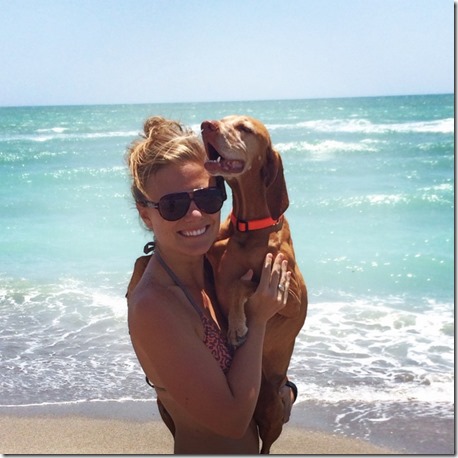 By the time we made it back to my in-law’s and showered, everyone was home and ready to head out to dinner. We decided to dine at a Lolita Tartine, a casual French restaurant located in downtown Sarasota and left feeling quite satisfied! Our evening concluded with a quick stop at Der Duchman Bakery for some incredibly delicious peanut butter pie. Dessert is always a necessity at my in-law’s! 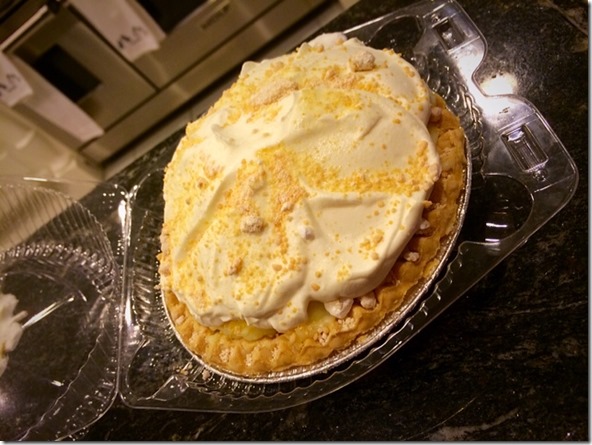 I slept in until 7:30 a.m. on Saturday and spent the early part of the morning eating breakfast and lounging with Ryan and my in-laws before they had an errand to run. I took advantage of a few hours of free time around 9:30 a.m. and decided to take Sadie for a run outside.

Since my Runner’s World Five and Dime race is coming up in the beginning of June, I wanted to complete around six miles on Saturday and slowly work my way up to the 9.3 mile distance I’ll have to cover on race day. (Boston runners: If you’re interested in running in one of the Runner’s World races June 7 or 8, you can find coupon codes for 10% off race registration here. I’d love to meet you!)

My run on Saturday quickly made me realize the days of running in the late morning in Florida are over for quite a while. The heat and humidity are back in full swing and I felt incredibly hot and sluggish. It was a pretty brutal run and I actually overshot the estimated distance of my running loop by more than a mile and ended up completing just over seven miles on my run. The final two miles were more of a walk/run since I ran during the chorus of a song and walked during the verses. It was a great little tactic that kept me moving along without burning out. It was H-O-T!

Once Sadie and I arrived back at my in-laws’ house, we both made a beeline for water and after chugging two glasses and eating some cashews, I hopped in the shower to cool off and get ready for an afternoon lunch date with Ryan and my mother-in-law, Diane. 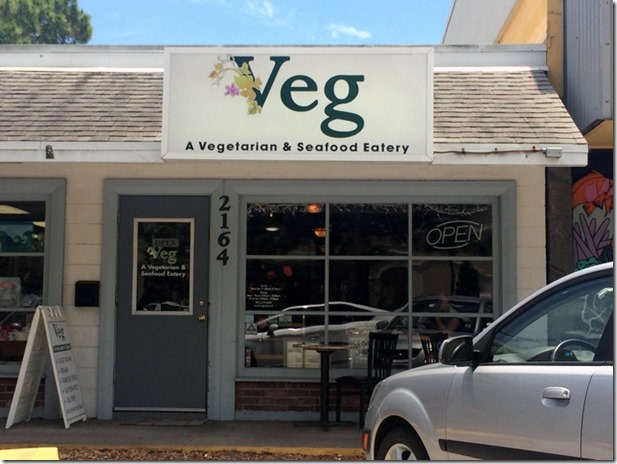 Ryan found Veg, a vegetarian and seafood restaurant, on his phone using Urban Spoon and the three of us headed out for what ended up being an absolutely fantastic mid-day meal.

The restaurant specializes in vegetarian, vegan and gluten-free food and I was so excited to see so many nutritious options on the menu. I opted for a seared ahi tuna kale salad with avocado and ate every last bite. 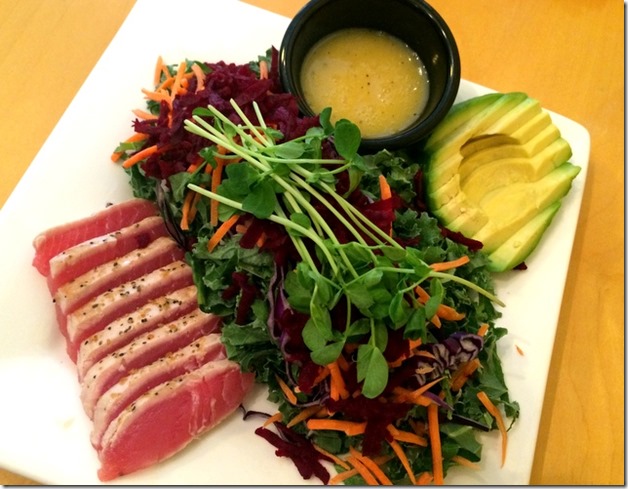 All too often I leave restaurants feeling overly stuffed, but I left Veg feeling 100 percent satisfied and not too full. I wish I could eat here every day!

After lunch, I went to the grocery store with Diane and we picked up the ingredients we needed for Mother’s Day brunch on Sunday. We spent the rest of the afternoon hanging out at the house before Ryan and I encouraged everyone to get dressed so we could treat Diane and Les to a special Mother’s Day dinner in Sarasota. 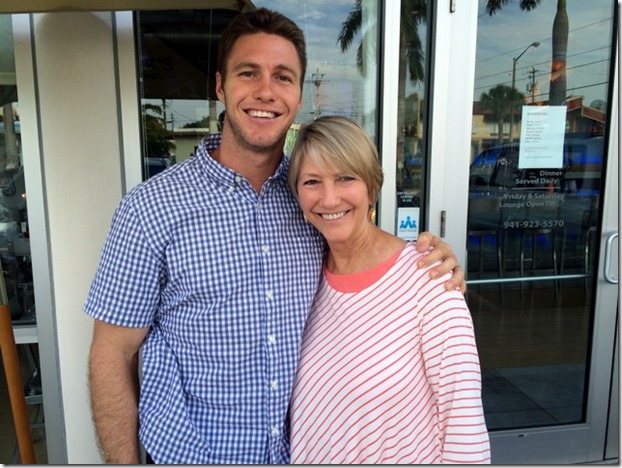 We ended up dining at Off the Hook, a local seafood restaurant. 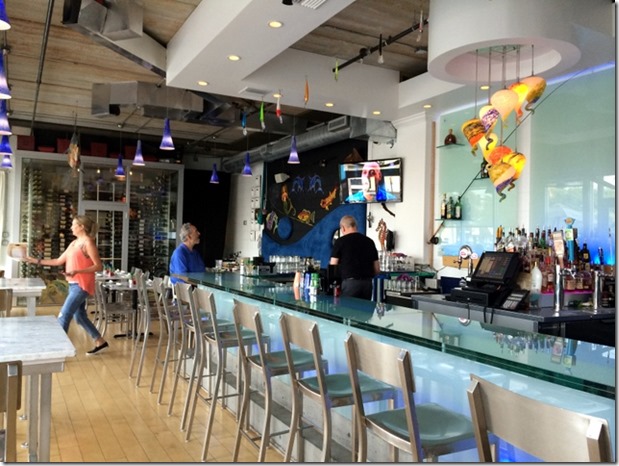 Since nearly everything on the menu called to us, we decided to order a bunch of appetizers and share. I snapped pictures of some of my favorites, including the shrimp and grits, fried artichokes and the lemongrass mussels. 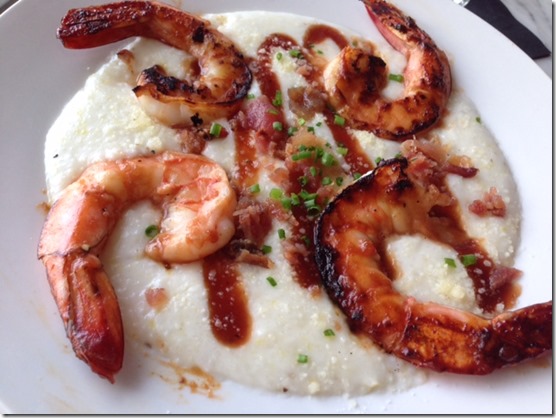 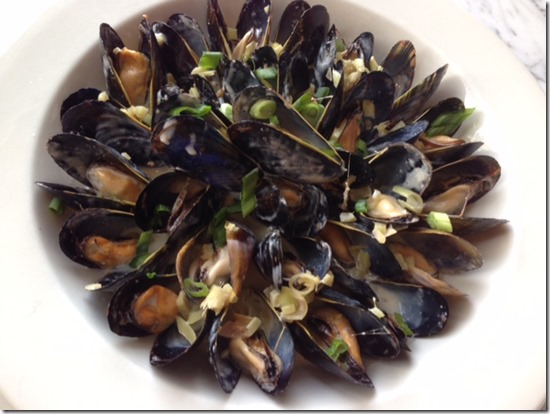 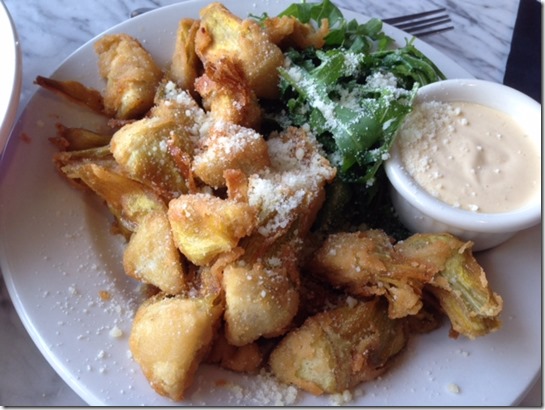 Of course we still had room for Sweetberries after dinner! 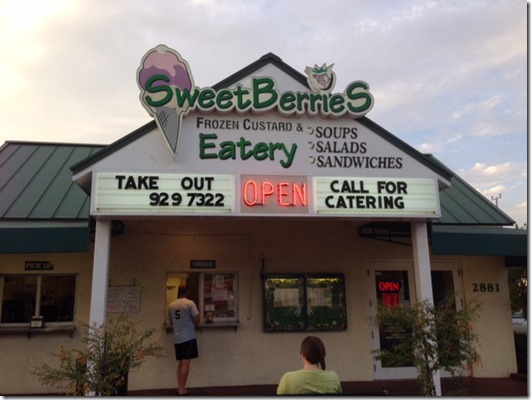 The frozen custard from Sweetberries is unreal and I loved every bite of the small coconut, almond and chocolate chip flavor that I ordered. By the time we made it home, we were full, happy and sleepy so we spent the rest of the night on the couch watching a movie before bedtime.

Sunday was extra special since it was Mother’s Day and Ryan and I were able to spend it with two wonderful women! Ryan’s mom and grandmother are so special to me, so enjoying a fantastic homemade Mother’s Day brunch with them was such a treat. 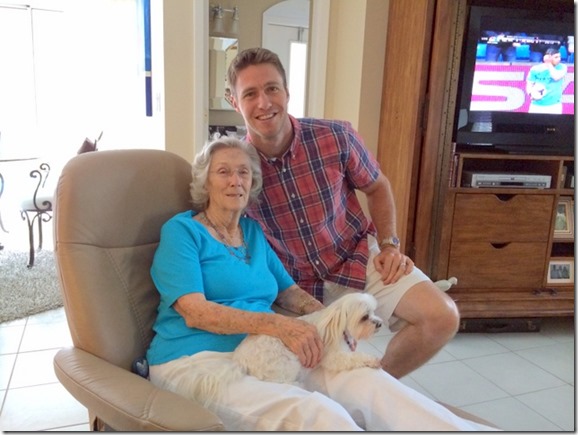 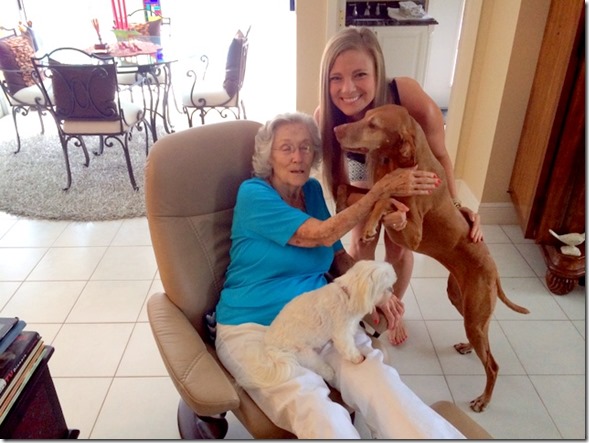 (Thank you for interrupting, Sadie. She clearly loves Ryan’s grandma!) 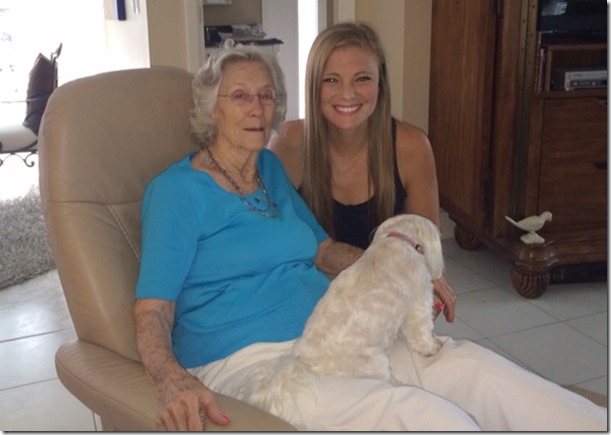 Diane and I spent some time in the kitchen Sunday morning and put together two recipes from Taste of Home magazine: Sunday Sausage Breakfast Casserole + Berry-Topped Puff Pancake 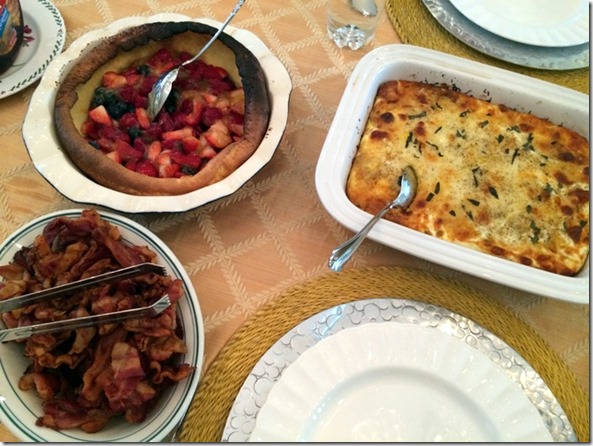 Both recipes were a hit with our group and we enjoyed them along with bacon, fruit salad, apple fritters and long johns from a local bakery. No one left the table feeling hungry, that’s for sure!

We spent the rest of Mother’s Day at my in-law’s soaking up all the quality time we could before we had to get back on the road for Ocala. I left wishing we had more time together but I feel grateful we were able to spend a very special Mother’s Day with family.

I hope you all had a wonderful weekend and that the moms, grandmothers and mom-like figures out there were able to spend Sunday relaxing with loved ones!