Navigation
Hey friends! I’m checking in this morning from Florida where we’ve spent the past few days playing in the surf and the sand and enjoying every second with my family. It’s been a great trip so far and I hope to share more with you guys about our time in Jacksonville soon.

As for today’s blog post, it’s the sixth installment in my roundup of weeknight dinners! 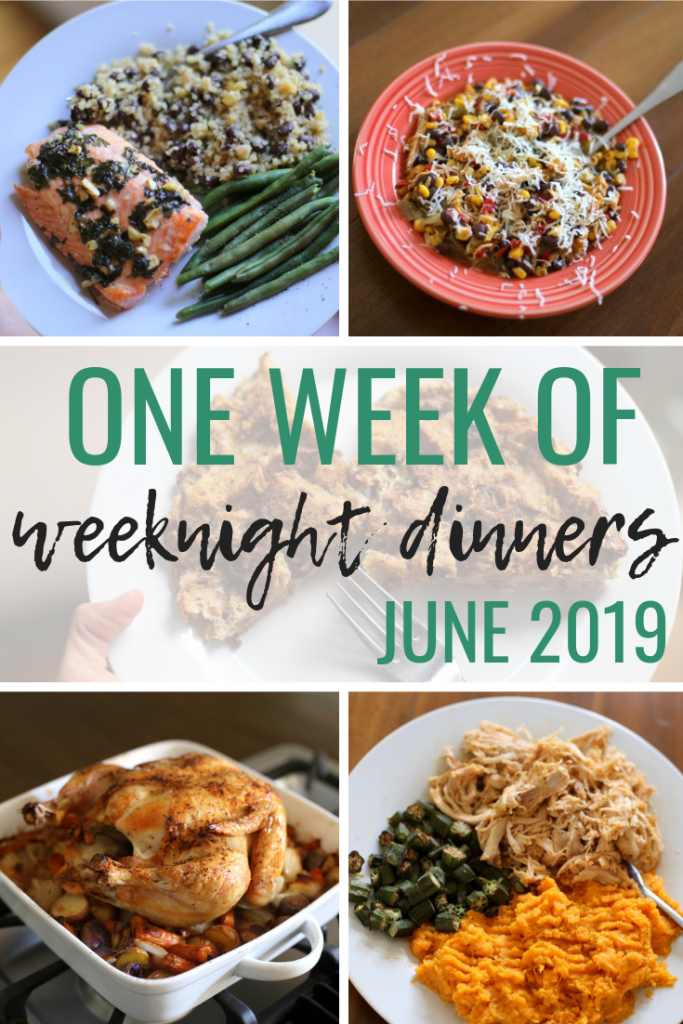 Back in January I began sharing a peek into what one week of weeknight dinners looks like in our house and continued sharing this kind of post once a month to give you guys a glimpse into the meals we’ve been eating lately with photos snapped in real time — no food styling or fancy food blogger business allowed!

Here’s a peek into our weeknight meals last week! 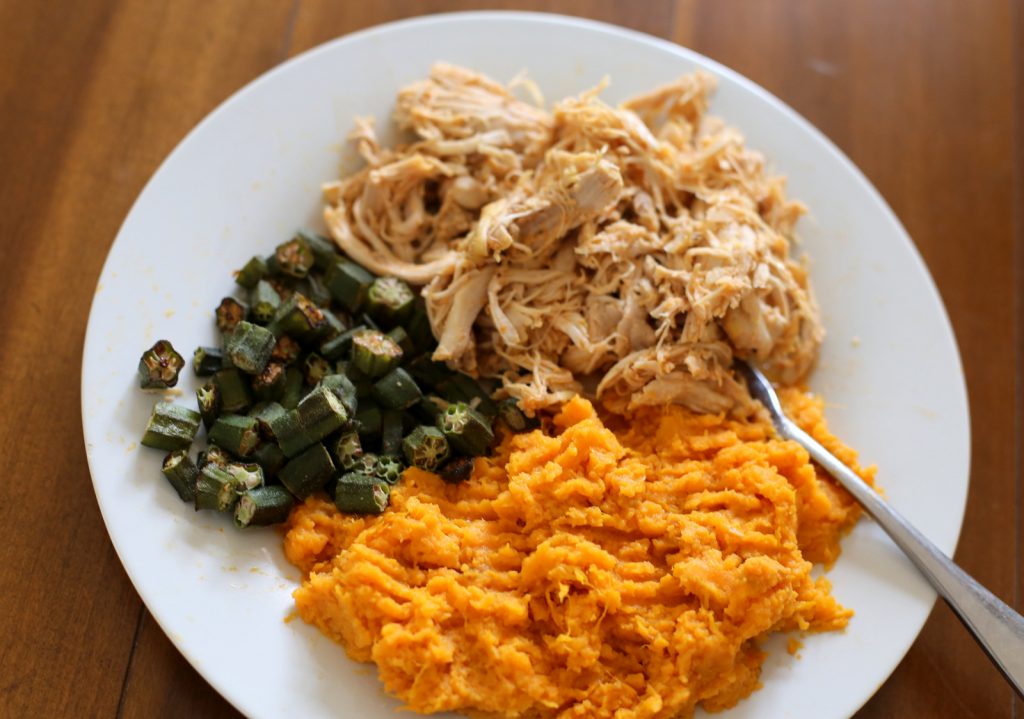 Pulled chicken is one of my favorite things to make in our Instant Pot so I cannot believe I never attempted to make BBQ pulled chicken in our pressure cooker until last week. What’s the deal!? Well now that I’ve done it, I’ll absolutely do it again soon because we loved this meal! The BBQ chicken could not have been easier to make and the only change I made to this recipe was to use half chicken thighs in place of all chicken breast meat. I’m not sure why my chicken doesn’t look as saucy as the original recipe but perhaps it’s because the BBQ sauce I used was a bit watery? (I used Country Boys’ Num Num Sauce.) We paired our BBQ chicken with roasted okra and sweet potatoes mashed with a bit of butter and pink Himalayan salt. 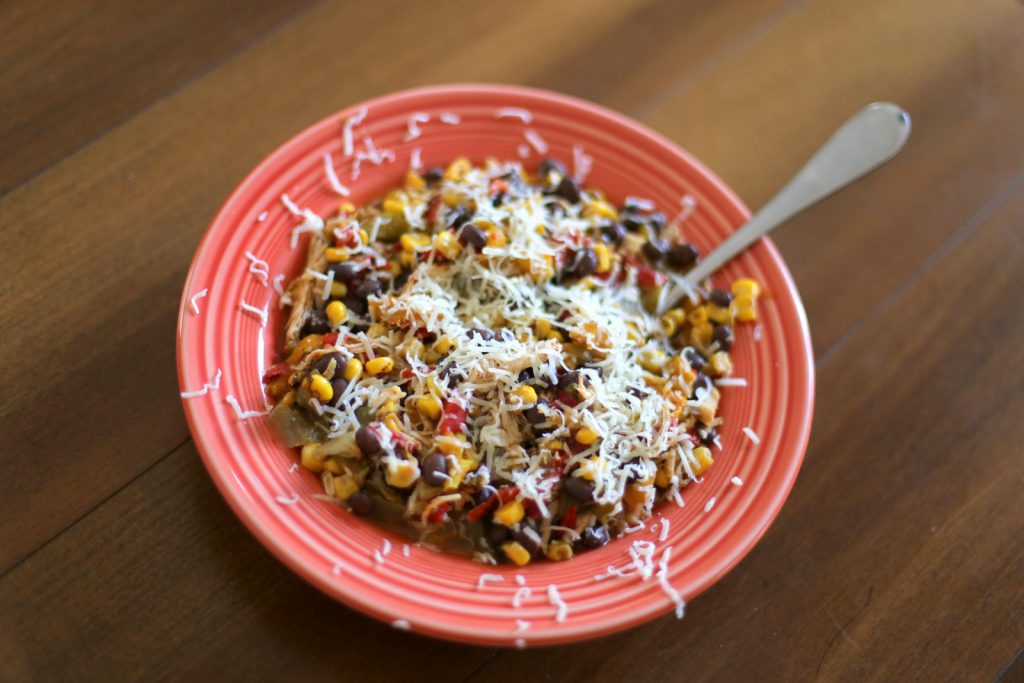 This meal came together in a hot second thanks to leftovers and freezer food. I quickly sauteed frozen bell peppers in butter before adding frozen fire-roasted corn, a can of (rinse + drained) black beans and leftover pulled chicken to the skillet. I seasoned everything with Fajita Magic seasoning  (<– LOVE this stuff for short-cut fajitas or a pop of southwest flavor) and topped our fiesta bowls with freshly-grated cheese. It was a dinner winner and took less than 10 minutes to throw together. 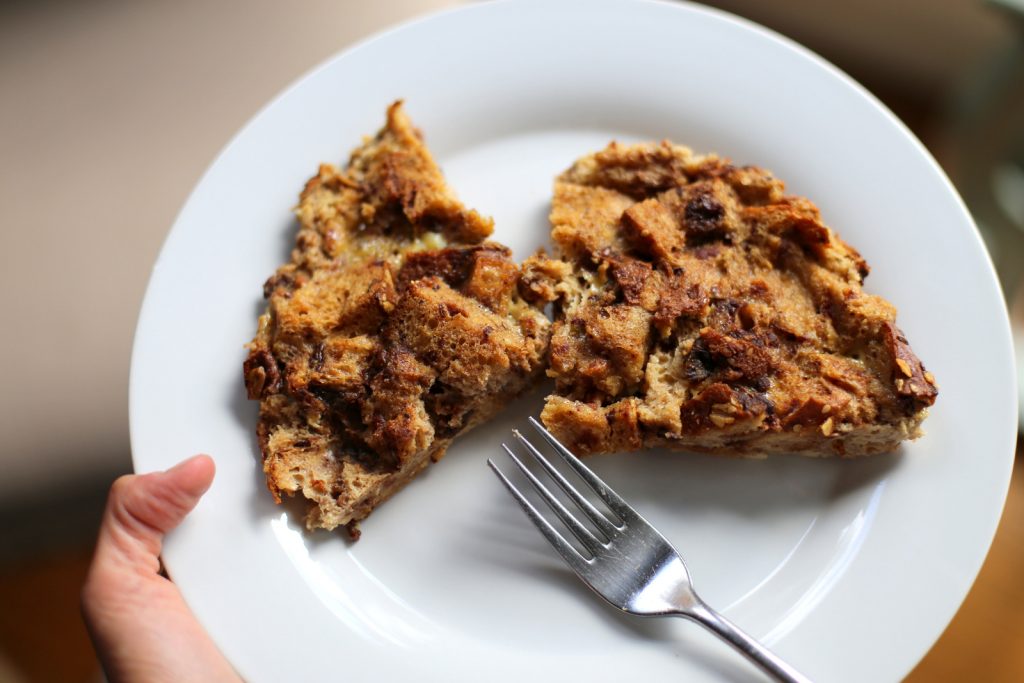 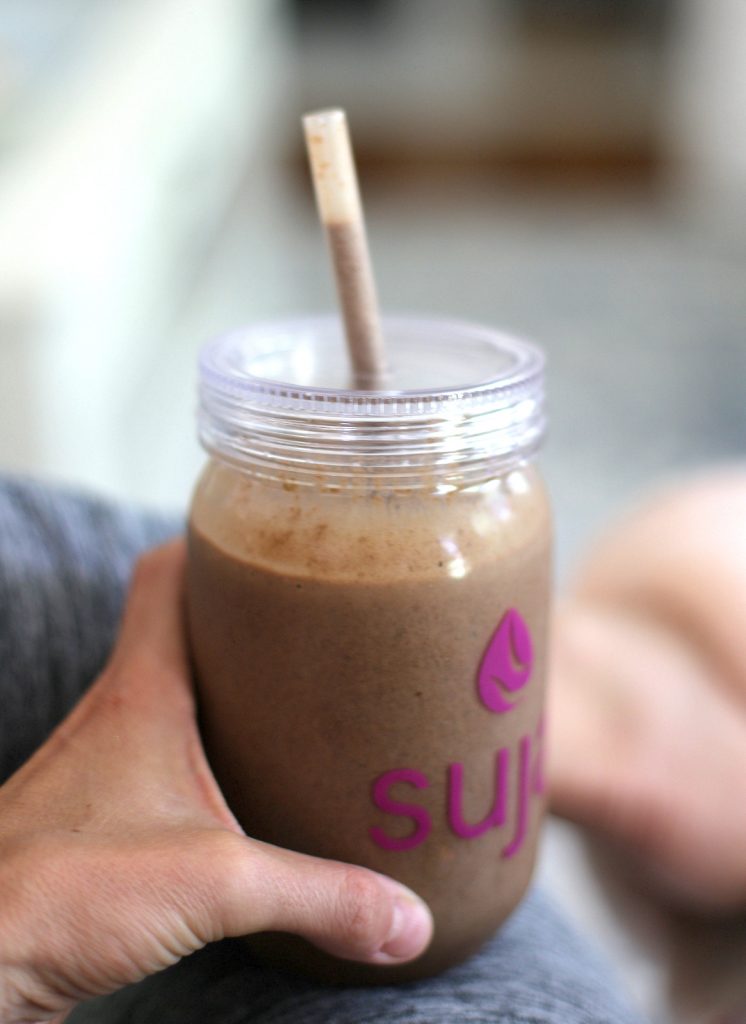 Chase has swim lessons on Wednesday evenings so a prep-ahead dinner is key! I threw together this overnight French toast casserole in the morning before the boys were up for the day so it had plenty of time to soak before I threw it in the oven after swim lessons. Breakfast for dinner is always a hit in our house so everyone enjoyed this one. I ended up making this recipe with little more than half of a loaf of cinnamon raisin Dave’s Killer Bread so I cut the recipe by 1/3 and the portions were perfect for our crew.

One little note: Ryan and I were still a bit hungry after the boys went to bed and so we ended up making smoothies as well to round out our breakfast-for-dinner meal. My smoothie included a combination of chocolate protein powder, oats, almond butter, frozen banana, frozen cauliflower and milk. 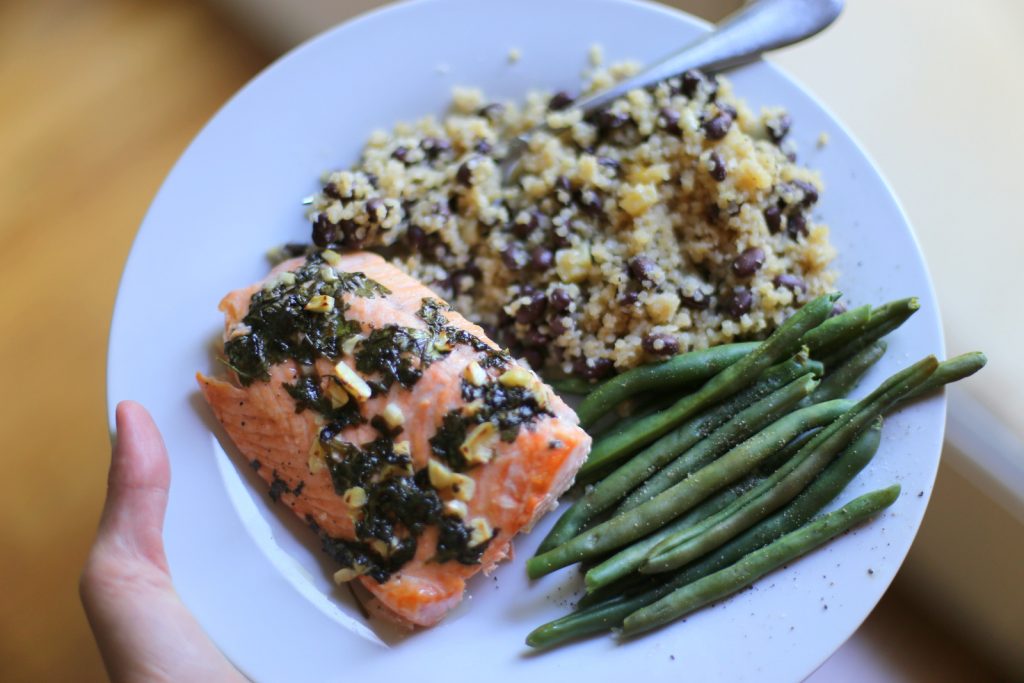 This cilantro lime salmon was fantastic! I followed the instructions almost exactly but swapped maple syrup for the honey and halved the amount of butter since the recipe notes that it doesn’t need all of the butter and I find salmon to be plenty flavorful on its own. It was wonderful and Ryan raved about this dish as well. I actually saved a bit of the cilantro lime sauce to toss with the quinoa and black beans I served on the side and we loved the way it gave our dinner a more cohesive flavor profile. It was a good one and we’ll absolutely make this salmon recipe again soon! 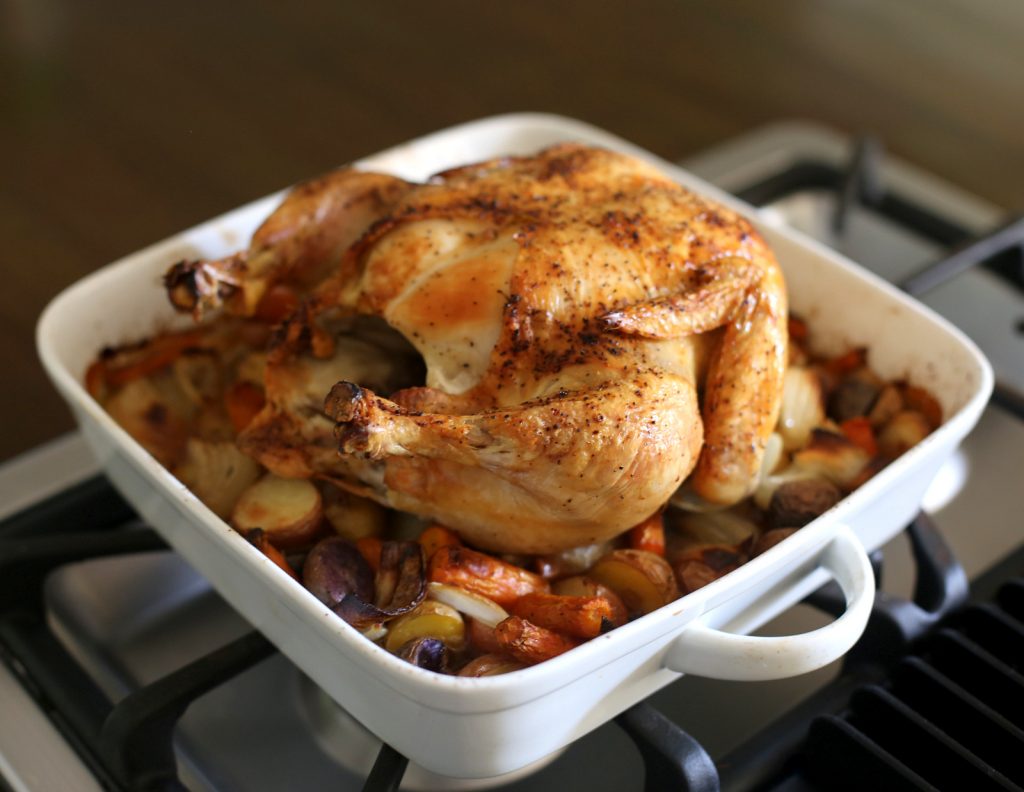 Forgive the lack of a real-time photo for this meal. Friday night’s dinner took place at my parents’ house after we arrived in town in Florida and I was obviously distracted so I’m using a pic I snapped of the same meal I made in our house a while back. My mom made my favorite whole roasted chicken recipe from The Whole Smiths Good Food Cookbook (she’s actually the one who first introduced me to the cookbook that quickly became one of my favorite cookbooks) and it was the ultimate comfort food feast to dig into after a long drive.

What is one meal you made recently on a weeknight that you loved?