While on a walk with Sadie the other day, one of my neighbors approached me asking whether or not I have seen the black bear that has been spotted in our neighborhood.

Yup. A bear. In our neighborhood.

We’re definitely not in Orlando anymore!

Clearly my face showed signs of shock because she went on to give me the details, telling me that a black bear has been spotted digging in the trashcans. She then told me that a while back another neighbor saw a panther.

Apparently they heard rustling in their backyard one night and shone a flashlight outside through their screened-in porch to see what was causing the ruckus. The eyes of a opossum reflected back, but then behind the opossum’s eyes, were the reflective eyes of a panther.

Equipped with this new bit of information, Ryan and I were even more alert than usual on a short three-mile hike with Sadie after dinner (during the dangerous “Feeding Time”) today.

Someone was completely oblivious to the perils lurking in the forest… 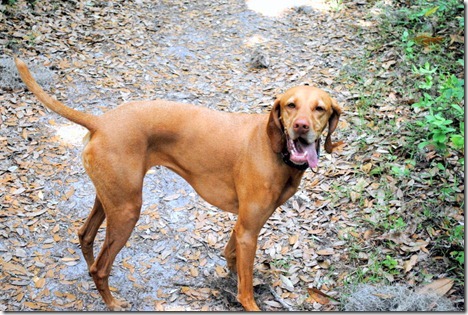 Tonight’s dinner was a fast one because we were anxious to hit the trails before sunset.

Pasta is always a quick option and we ate bowls of whole wheat pasta shells, topped with chicken, spinach and marinara. 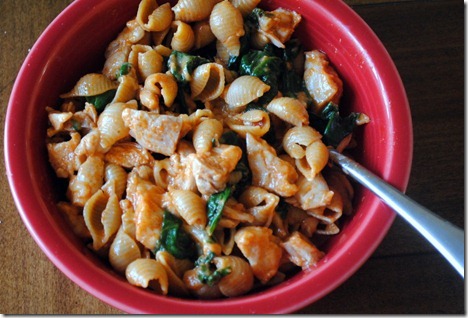 I also stirred some shredded cheese into the dish which melted into the marinara sauce, making it a little thicker and more creamy than usual. 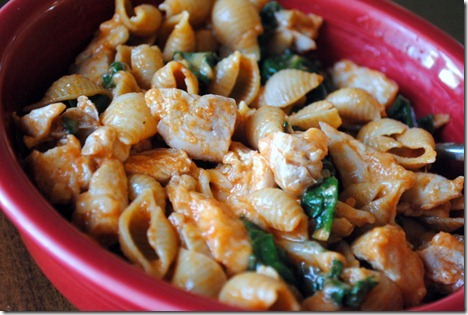 Before and after our hike I also chugged a bottle of Metromint water that the company sent me to try a few weeks ago. 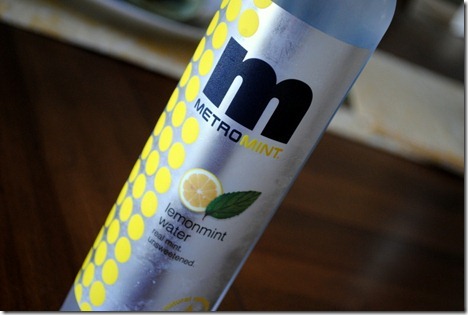 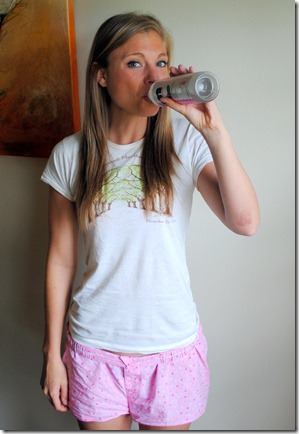 Metromint uses the essential oil from mint to flavor the water which makes each bottle taste incredibly refreshing. 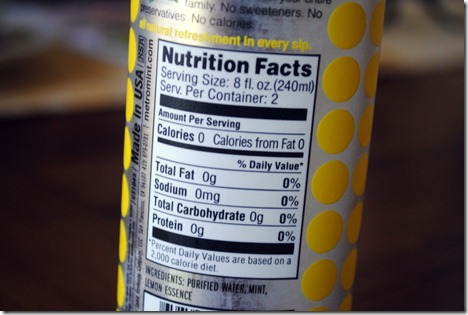 I love waters with a little somethin’ extra and often add my own fresh mint to tap water, so these bottles were right up my alley.

Over the course of the past week or so I’ve tried a bunch of different Metromint varieties and my two favorites were lemonmint and orangemint. The flavors were vibrant and refreshing yet subtle enough to drink every day. The only flavor I didn’t like was the peppermint. For some reason the flavor struck me as almost medicinal, but I still drank the whole thing, so it obviously wasn’t too off putting.

And on that note I’m off to brush my teeth, read Delirium in bed and dream of the black bears roaming freely just outside our house.

I hope you have a restful night!