Discussing what name we want to give our baby boy has definitely been one of the most fun things about being pregnant! It’s not something Ryan and I chat about daily, but it comes up a lot, especially since we didn’t go into this pregnancy as one of those couples who already has names picked out ahead of time. Sure, it’s something we’ve talked about in the past, but it was never a super serious discussion until now. 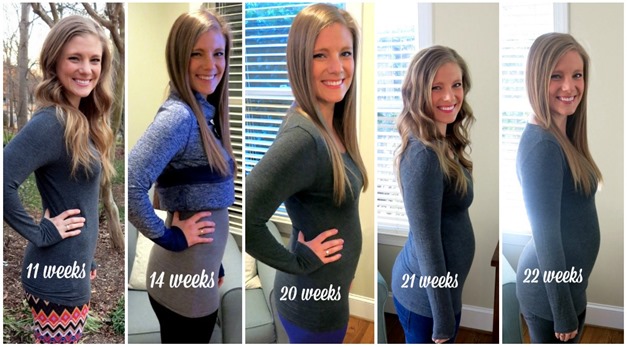 We’ve been given one piece of advice from numerous couples time and time again: Once you settle on a name, do not share it with everyone you meet. This will open you up to feedback and opinions and can potentially strip some of the joy away from finding your perfect name.

I love this advice and though my secret-keeping abilities rank at a two on a scale of one to 10, Ryan and I are going to try to keep our little one’s name under wraps until after he’s born. Realistically, we’ll probably share his name with some people very close to us, but I can also see us not totally committing to a name until after we meet our baby. I feel like I may have to meet him before I could really know what name truly suits him.

In the meantime, we’ve been having a blast brainstorming names and discussing tons of possibilities! When it comes to selecting a name, we do have a few random factors we’re taking into consideration when it comes to naming our baby (<— just our personal preference) which you will find detailed below. 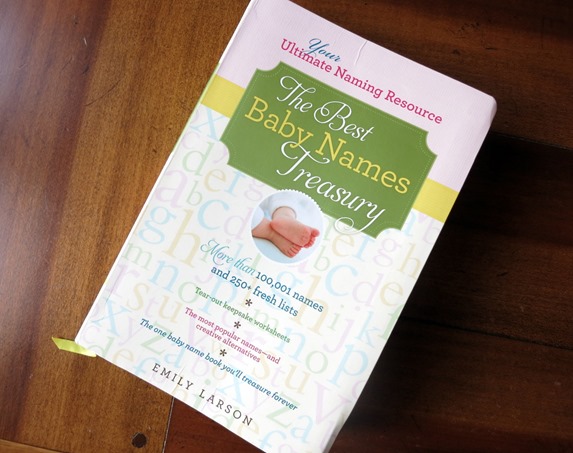 And if you have any fun baby naming stories, I’d love to hear about them in the comments section of this post! I’m not sure why, but I find this kind of thing super fun to talk about… I’ve heard some hilarious and heartwarming stories surrounding baby name selection that always make me smile! (Oh and if you haven’t seen the hilarious comment thread surrounding a Humans of New York story about a girl named Beyoncé, click here for a good name-related laugh!)

As it turns out, Fagan is last name that rhymes with a lot of names and can sound almost “sing-song-y” when paired with certain names at times. I’ve always loved the name Reagan for a girl and after Ryan and I got engaged, I realized I’d never have a little Reagan… though Ryan said if we ever have a girl we should totally name her Reagan Megan Fagan. YES! Haha!

I’m also funny about names that end in “an” with Fagan which is kind of crazy because I’ve never thought of Ryan’s name clashing with Fagan and it falls into that category. Maybe it doesn’t bother me since it doesn’t rhyme at all?

I knew a girl in high school with the initials A.S.S. and always felt horrible for her! Fortunately there aren’t many three letter words that end in F that we have to work around, so I feel pretty safe on this front!

Neither Ryan nor I have any names in our family that have a long-standing tradition of being passed down from generation to generation. I do love the idea of giving our little guy a middle name that has some sort of family significance, but we’re still chatting about this one and go back and forth on middle names all the time. And no, Baby O’Fagan isn’t a real contender. Haha!

You know the cutesy names you see popping up all over your Facebook feed? We’re trying to avoid anything like that. Both of us like classic names, but we also love names that aren’t too traditional – striking a balance between something that feels current but not too trendy or old fashioned can be tough! 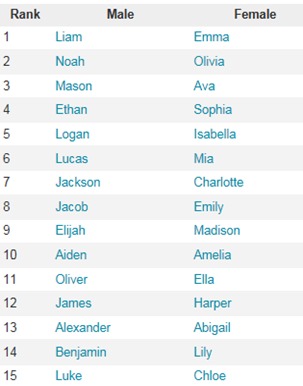 We’ve ruled out any names we’ve seen on current “most popular baby names” lists even though there are quite a few boy names we both love that have become very popular over the past few years. (Liam and James are two names I personally adore!) Actually, one of the names up for consideration for our baby’s middle name is on this list, so…

Ryan and I both have very easy names. They’re easy to say and easy to spell (well, unless you’re a certain Starbucks barista – I’ve been “Jewlie” and “July” before) and we both appreciate the fact that we’ve never really had names that we’ve had to repeat over and over again for someone to understand them after we introduce ourselves. We’d like something similar for our little one!