I had grand plans to make an elaborate dinner tonight, but then this arrived in the mail: 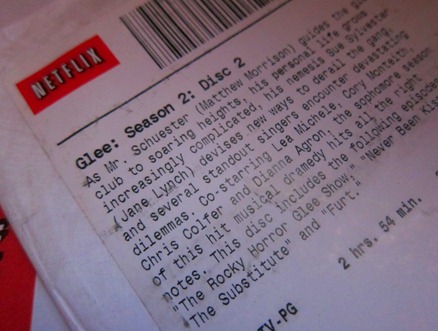 It happened. I fell in love with Glee. I’m an official Gleek.

The first season of Glee is available to stream from Netflix whenever you want so you don’t have to wait on DVDs to be sent to your home. When I discovered this, I watched the entire first season of the show in a week… the same week Ryan was away on his manly hiking trip.

When the mailman showed up at 5:15 p.m. (he comes ridiculously late), I just about jumped for joy and abandoned any elaborate dinner plans in favor of making an easy dinner and curling up on the couch with Ryan to watch an episode. (Yes, Ryan is loving Glee. And the Biebs. I love him.) 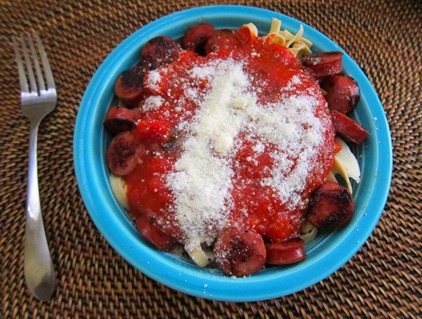 I say the veggies were “hidden” because the whole bottom of the pasta bowl was packed with the cruciferous veggies! 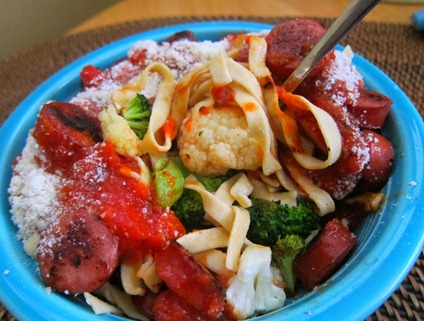 Hoping to sneak another episode of Glee in tonight before hittin’ the hay.