Navigation
Since Ryan had jury duty downtown today, when he got off in the late afternoon we were able to meet up for a super-speedy date at Mochi. 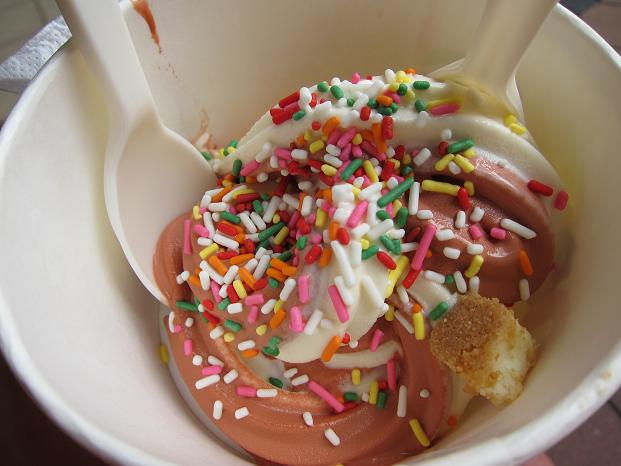 I knew we had to go today because word on the street was that they had red velvet *my favorite* fro yo on tap today. Who could say no?

Ryan and I shared a small cup of a swirl of red velvet and cheesecake soft serve with rainbow sprinkles, naturally. 😉

I was still a little full from lunch, so when we were making our bowl I kept our portion on the smaller side. Since the bowl was polished off in approximately 2.5 seconds, I think I could’ve handled a little more. We are seriously ice cream machines.

I get my love for ice cream from my dad. The two of us can do some serious damage to a carton of chocolate marshmallow ice cream. (That flavor is hard to find, by the way). Ryan is the only other person I’ve met that can hold a candle to our ice cream-eating abilities. And that is why I’m marrying him. 😉

At the farmer’s market on Sunday, I nabbed several fresh portobello mushroom caps. I wanted to use them before they got all slimy and gross in the fridge so I decided to get a little creative in the kitchen.

Gooey cheese and savory marinara sauce sounded like a great combination to me tonight, so I figured I could incorporate both of them into my evening meal in a personal portobello pizza.

I used the mushroom caps as the pizza crust, and let them bake at 350 for 8 minutes or so after spraying them lightly with cooking spray.

I then topped the caps with sauce, cheese and olives and threw them back in the oven until the cheese was melted and slightly browned. 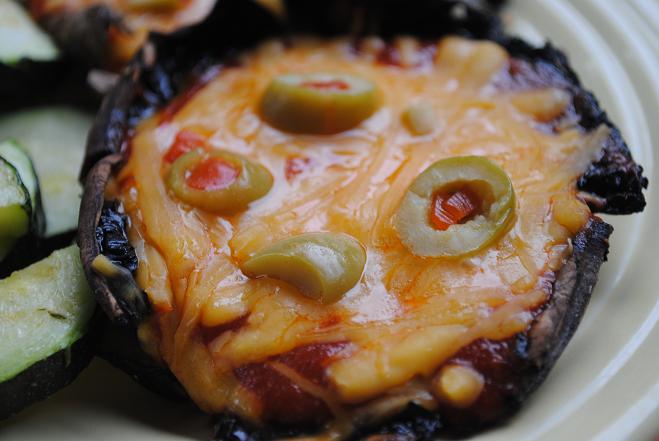 I paired the portobello pizzas with a side of roasted zucchini. 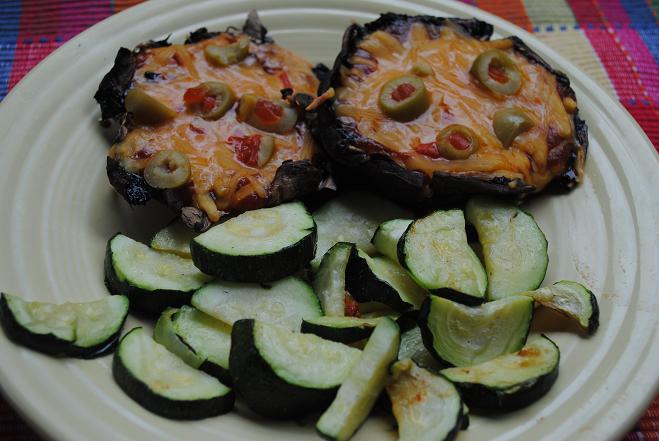 After dinner, Ryan, Ross and I were in the mood for something sweet, so I whipped up a batch of flourless peanut butter cookies for us to nibble on while watching Jeopardy! 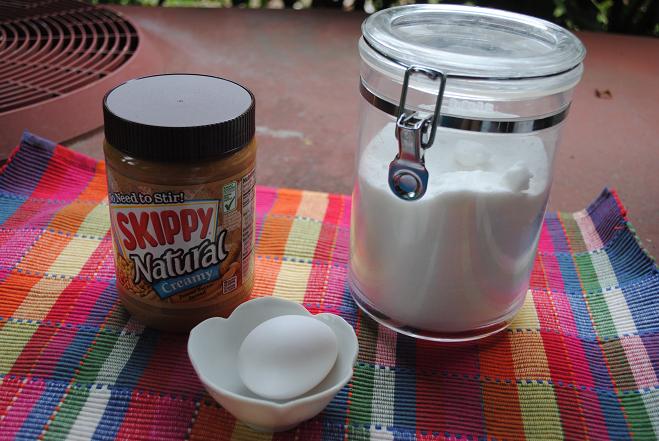 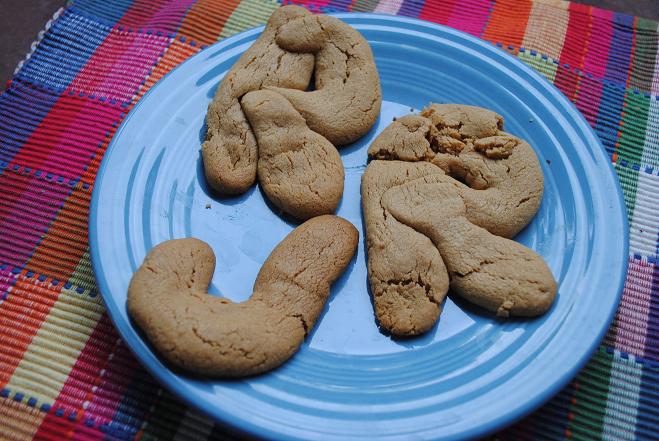 I added a link on my Q & A page for those of you who would like to ask me a question but are feeling a little bashful about emailing me directly. I know I love learning more about you guys, though I sometimes feel a little shy asking the questions I have for ya!

The link on the Q & A page will take you to a form that you can fill out anonymously. I’ll try to address your questions in a comprehensive post once a month or so… That is if there’s anything you guys want to ask that you don’t already know about me. 🙂

For those of you who are new to the ol’ blog, I did a series of Ask Me Anything posts a couple of months ago (You know, when everyone else was doing it? I’m such a bandwagon-rider. 😉 )… Anyway, here are links to those posts:

Of course, if you’re hoping for a fast or personal response to any of your questions, email (pbfingers@gmail.com) is always the best way to go!