The Hero Rush obstacle course race I completed last Saturday took place on trails and had participants running in sand, over roots and around rocks.

With no pavement to ensure sure footing, I found myself mentally engaged during the run as I looked ahead to make sure my feet wouldn’t trip over a large stick or something of the sort as I ran along. It made the run a lot more stimulating and I was in the mood for another trail run early this afternoon.

I decided to drive to some nearby trails with Sadie around 11 a.m. 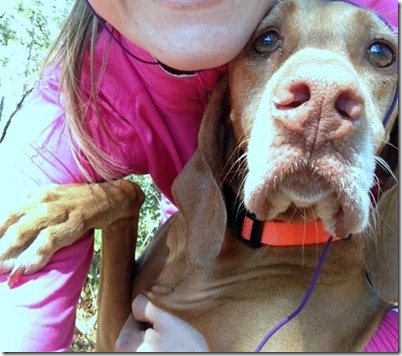 That is the look of get that camera out of my face pure joy.

I knew Sadie would be more than game for an afternoon run since she was neglected all morning as I worked in our home office. When we got out of the car, she ran all over the place, peed three times and then body slammed into me as I tried to get my gear in order before taking off.

The “gear” I speak of is my new iPhone and armband! 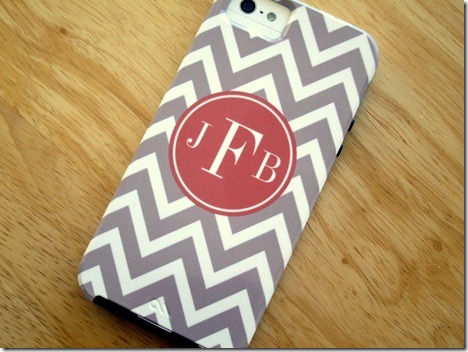 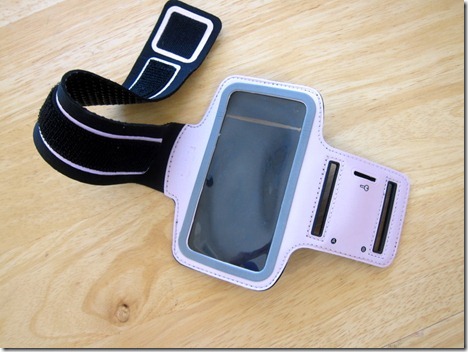 I bought my new armband on Amazon last week for $9.50 because I thought the little keyhole was so innovative! And, yes, because of the light pink color. 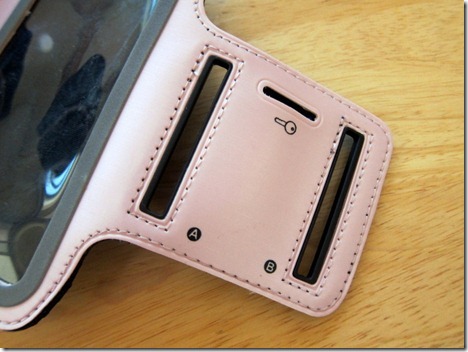 I was up for a new phone on our phone plan and last week I became a first-time owner of an iPhone. To say I love it would be an understatement. It’s so darn fast! My old phone was incredibly slow (it was an old Droid and took nearly five minutes to simply turn on and load everything), so I feel like my new phone is some kind of a wizard.

Ever since my phone arrived last week, I’ve been searching for fun apps to try and before our trail run today, I downloaded the (free!) Run Keeper app to track our distance and pace since I forgot to charge my Garmin. (I’d looove your app recommendations!) 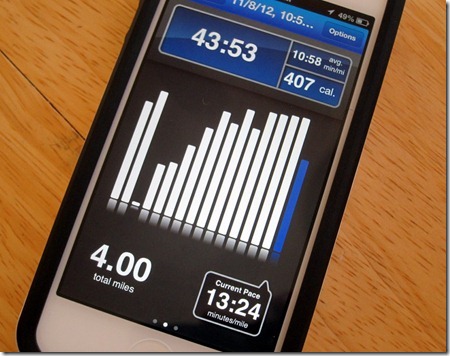 The app was really, really easy to set up and I was surprised when a woman’s voice talked to me every five minutes to tell me five minutes had passed and inform me of my average pace.

After my run I investigated this mystery woman’s voice and saw that you can play around in the settings section of the app and set up voice notifications at different points during your workout. (The app has you choose what kind of workout you’re doing when you set it up – walking running, biking, etc.) It was so, so cool! Technology these days…

Since I know a lot of you guys are hardcore runners and hardcore iPhone lovers, this might be old news to you, but for someone like me who is a little slow to warm up to apps and iPhones, I was pretty darn impressed!

As for the run itself, it wasn’t a super speedy run for me because 70 percent of it took place in sand. I listened to a Wait, Wait Don’t Tell Me podcast from a couple of weeks ago that I missed and tried not to trip on the huge roots along the trail.

About 1.5 miles into my run, I had a pretty major wipeout that made Sadie run over to me, lick my face and jump around because to her a serious spill = serious playtime. 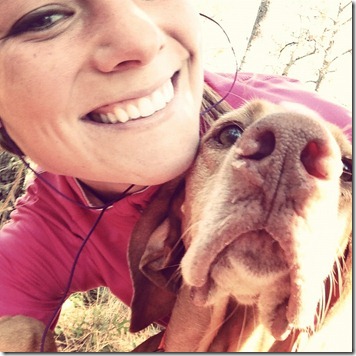 After our run, I quickly showered, ate a double chocolate chip cookie, printed off my resume and some writing samples and drove to Starbucks to meet up with a potential new local freelance client. 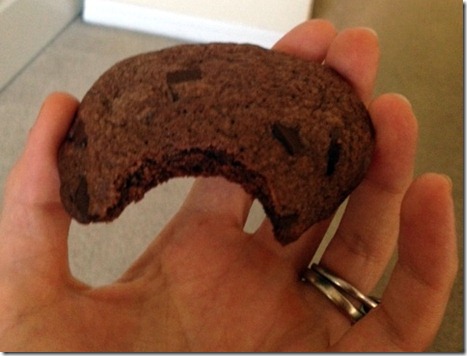 I planned on eating at home after our meeting, but ended up getting awfully hungry and since I arrived early, I scarfed down a spinach and egg white wrap while I waited. 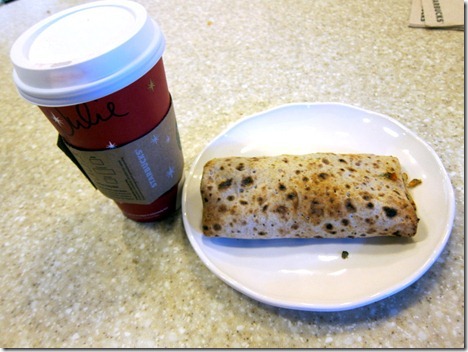 I also ordered a nonfat cinnamon dolce latte for a little sweetness.

The meeting went well, but now that I’m back home my stomach is grumbling and telling me it’s time for an afternoon snack!