Navigation
For the past two years Ryan and I have lived without television in our apartment.

As of Sunday night, we now officially have TV again. 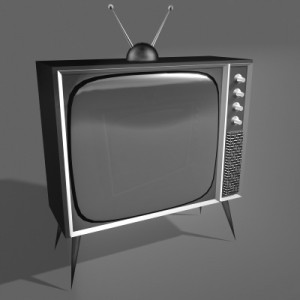 I should clarify my first statement by saying we did have a television and could watch DVDs, but we did not get any channels (no, not even the basic channels) and couldn’t just “flip on the TV” for two years.

What do you think about going TV-free for two years? Could you do it? Would you want to?

Not having television really wasn’t hard for us at all. I am not a huge TV person and only wished I had TV on a couple of occasions (like for the season finale of The Bachelor or during the Olympics). Being the sports fan that he is, the no-TV thing hit Ryan a little harder, but even he didn’t mind it too much.

The times we wished we had TV were when we had friends or company over because many people are used to having TV on in the background or want to be able to catch the end of a big game.

Now that we have TV again, it really feels like a treat! Ryan said that with the World Cup coming up this year and March Madness in full-swing, having TV was something he’d like to try out again.

To be totally honest, I’m excited to take in some wedding-related TV (like Say Yes to the Dress… which I’ve only seen one time at my parents’ house!).

Still, I know myself and I get bored with TV fairly quickly. While I think it will be fun to have TV again, I don’t see myself falling into the TV trap.

According to AC Nielsen Co.:

How much TV do you watch every day?

Moving on from TV talk…

Lunch today was quite random!

Yesterday a guy was eating a BBQ pulled pork sandwich and baked beans in the break room at lunch time and it smelled phenomenal.

I was determined to include BBQ in my lunch today!

Following a recipe for baked BBQ tofu that I saw on Meghann’s blog, I made myself a BBQ tofu, sweet corn and roasted cauliflower veggie bowl.

This morning while I showered, I roasted the cauliflower and baked the tofu. The house smelled like dinner at 7:30 a.m.! 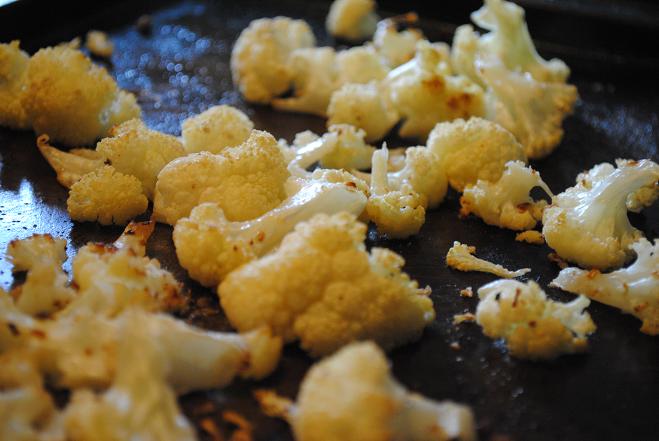 After adding several handfuls of frozen sweet corn kernels to the cauliflower and BBQ tofu bowl and microwaving the mix for about a minute, my lunch was ready for eatin’. 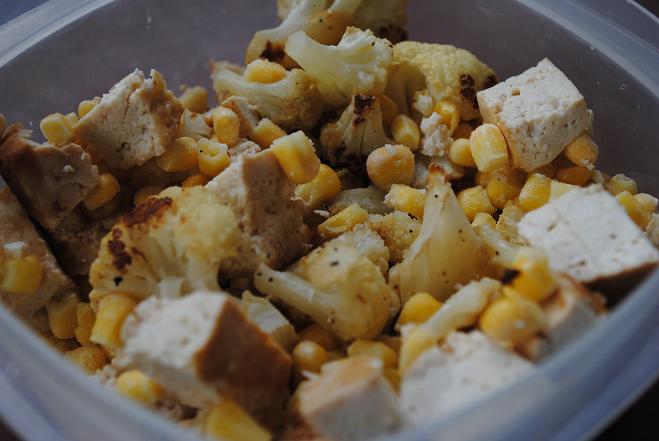 This lunch was so easy to make and satisfied my desire for a BBQ-filled lunch. 10 points for PBF! 😀