Navigation
I’ve made you guys wait long enough and I am so excited to share the big news with all of you this afternoon! 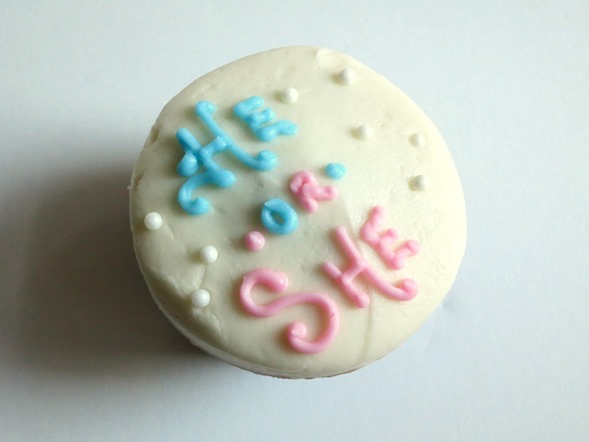 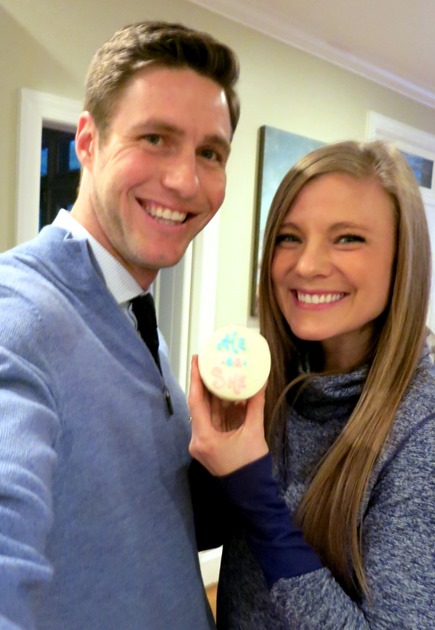 Ryan and I are expecting a… 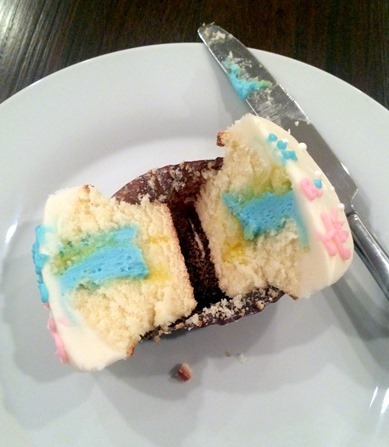 I cannot believe we are going to have a son! We are absolutely thrilled!

I always knew I wanted to find out the sex of our baby ahead of time. I joked with Ryan and told him that if I could’ve peed on the pregnancy test stick and had it tell me then, I would have, but the few months we had to wait to find out were filled with a lot of fun as we tried to guess, hone in on any “strong feelings,” research ridiculous old wives’ tales and toss around various baby names.

I was hit with two super strong feelings about the sex of our baby and the first occurred during the first few weeks of pregnancy. Around week 7, I told Ryan I was convinced we were having a boy. Totally convinced.

Then, I started to do research into old wives’ tales and read up on Ramzi’s Method and all of that made me waver in my confidence. I started to lean toward girl. Almost everyone around me started saying they thought we were having a girl and I basically talked myself into thinking we were having a girl, so I rode the girl train for several weeks (as you can see in my weeks 11, 12 and 13 pregnancy recap).

How We Found Out

After a miscommunication with our doctor, Ryan and I decided to schedule our own 3D ultrasound at a local imaging clinic at 14 weeks because Ryan wanted to see our baby move for the first time. This ultrasound also came with the option to find out the sex of our baby and we jumped at the chance to get the news four weeks earlier than we would have had we waited for the 18 week anatomy scan at our doctor’s office.

The appointment went so, so well and the ultrasound technician was so kind. She sat with us for 45 minutes, showing us the most incredible images of our little one. His tiny fingers and toes. It was all surreal and absolutely amazing.

Before she began the ultrasound, we asked her not to reveal the sex of our baby during the appointment and requested that she just jot it down and seal it in an envelope for us. Once we left the appointment, I took the envelope to a local bakery and they opened it and made us a cupcake filled with blue icing without me knowing. The outside of the cupcake didn’t reveal anything and simply said “He Or She” so I took the cupcake home and left it there to cut into with Ryan later that night after work and Girls On The Run. It was a looong five hours to wait, but the anticipation was almost exhilarating. The moment before we cut into the cupcake is one I’ll remember forever. We just looked at each other with the goofiest smiles, freaked out and sliced into the cupcake. 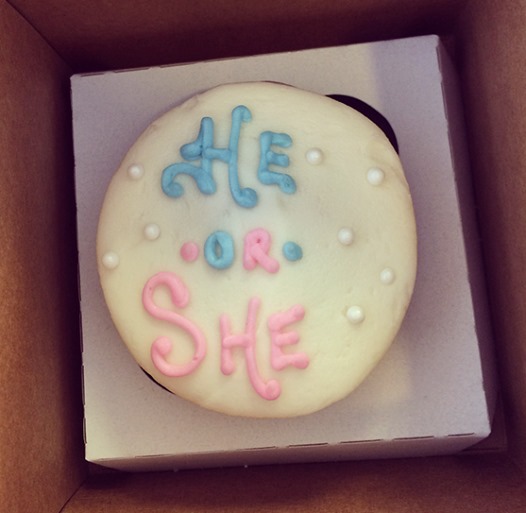 We were so excited and truthfully not really all that surprised! Remember how I said I was hit with two strong feelings about the sex of our baby? Well, one occurred during week 7 and the other occurred right when we saw our baby during the 3D ultrasound. He didn’t look like a boy, the ultrasound technician never slipped and said “he,” and we couldn’t make out anything that would tell us we were having a boy, but I was so, so sure it was a boy. Ryan was, too, and that was the first time he offered up a prediction. Whenever I would ask him what he thought we were having, he’d always say, “I have no idea,” so for him to agree that our baby was was likely a boy was kind of crazy!

We both said we would’ve been totally shocked if we would have cut into the cupcake and seen pink icing. When the blue icing became clear we just smiled and laughed and Ryan said, “I’m at a 10 out of 10” on the excitement scale. I think he’s happy to have a boy on his team since Sadie and I outnumber him at the moment!

When our 18 week anatomy scan came up earlier this week and we went into the examination room, the sex was yet again confirmed. 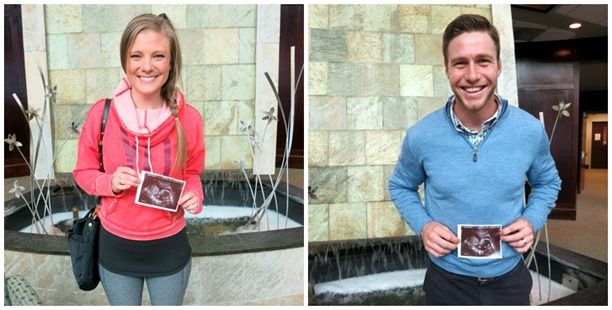 We’re having a boy! I cannot wait to meet our little one and will do my best to give him a good place to hang out for the next few months until we get to hold him in our arms. 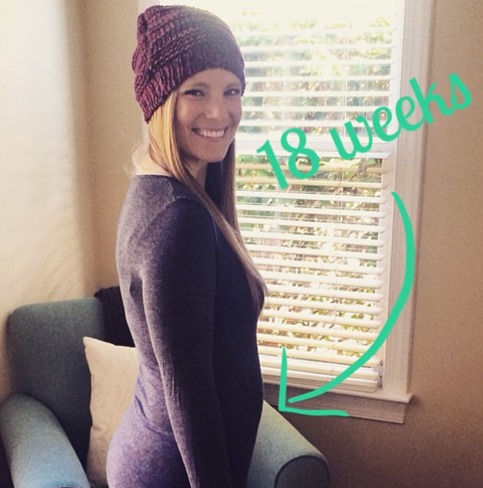 P.S. I loved reading your predications about the sex of our baby all week! Though most seemed to center around my symptoms and pregnancy recap posts, the comments that said I was “hinting” at things all week or that Ryan and I wore certain colors to represent what we were having on certain days were so creative! You guys seriously give me way too much creativity credit, though I wish I would’ve been more creative and done something like that beforehand! Very fun!