Hey friends! You know there is absolutely no way I can begin this blog post without saying a huge thank you to all of you for weighing in on my blog post on Tuesday and sharing a little bit about the way you feel when you have one of “those” days, too. It’s SO helpful to hear that we all get weighed down and feel like a giant failure at times.

I’m glad I shared what I shared on Tuesday and appreciate the way you all responded with kindness and understanding. It’s easy to put a wall up on the internet and stop sharing some of the tough stuff that feels vulnerable after you’ve been told to “suck it up” (and that’s putting it gently) a few too many times. Pouring my heart out and sharing the way I feel when certain thoughts consume me feels cathartic, especially when it makes me feel even more connected to you guys. Sharing the really hard stuff and the not-so-hard-but-still-kind-of-sucky stuff and reading that YOU have been there, too, feels like a giant breath of fresh air to me in an online world that can seem so exhaustingly picture-perfect. So thank you!

And if you happen to be having one of “those” days (or one of “those” weeks, months or even years), definitely check out the comments section of Tuesday’s post because the comments are gold and will make you feel understood and less alone when you feel like you’re the only one who doesn’t have it all together.

Now onto today’s post… A recap of our Wednesday!

Truth be told, Tuesday felt a bit like one of “those” days around here, too. I think so much of it has to do with Chase’s viral infection and the pain he’s experiencing in his mouth. It’s clearly bothering him a lot and since the only thing to do to make it better is let him heal naturally and wait it out, I cannot help but feel a little helpless every time he cries, cringes and hurts. It’s also translating into a lot more toddler meltdowns, fussiness, tears and frustration which can be completely exhausting. At the end of the day on Tuesday, I told Ryan that I didn’t want to tell Chase it was time for bed because I didn’t want to deal with one more toddler battle that day.

Thankfully yesterday was better. And hopefully today will be even better than Wednesday!

My Wednesday morning began with a much-needed cup of coffee, my devotional and a very-distracted brain. I felt all over the place from the start of the day but my mind slowly began to calm down as the day went on. I ate a bowl of overnight oats, worked on the computer for a little over an hour, said goodbye to Ryan and then scooped Chase up and got him ready for the day a little after 7 a.m. 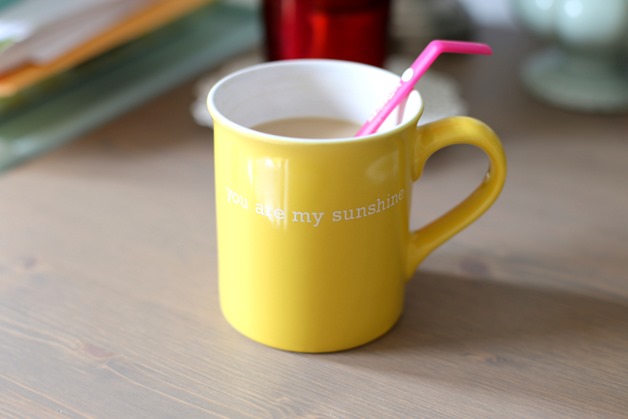 I reheated some frozen whole wheat pancakes for Chase for breakfast (nice and soft for his gums!) and we drew pictures on his easel and played with trains until it was time to head off to preschool. Clearly my mind was still moving a mile a minute after we left because it wasn’t until after I parked my car and began unbuckling Chase from his car seat that I realized I was in the Burn Boot Camp parking lot and not at his preschool. Helloooo. Clearly I’m not in the preschool drop off routine yet!

Fortunately we left on the early side so I was able to make it to his school in time. I also took a minute to explain the whole inflamed gums situation to his teacher and encouraged her to call me if he was too fussy or something seemed off. (Our dentist told me Chase is absolutely NOT contagious and encouraged me to send him to school if he seemed otherwise fine which he absolutely did.)

After chatting briefly with a few other moms, I left Chase’s school and headed back to Burn Boot Camp for my workout. It was a push/pull/squat tripod that we completed in groups of three. 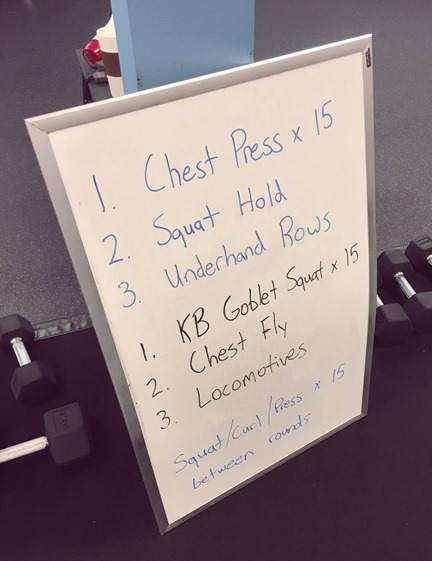 Person number one rotated the group and we completed each tripod for 8 minutes. Once one round was complete, we went through 15 reps of squats curl presses and by the end of the workout those began to feel like quite a beast!

The workout finisher of the day was a nasty lil’ surprise: 100 full burpees. Yeesh.

I drove home after my workout ready to immediately tackle my to-do list but then Sadie ran up and greeted me with so much enthusiasm. Her whole body wiggled with excitement when I walked through the door and I was hit with some major dog guilt because the rainy weather meant Sadie didn’t get a walk Monday or Tuesday this week. I knew she needed (not just wanted) exercise and attention – fellow vizsla owners feel me on that one!? (Also, dog guilt is totally a thing, right? Please tell me I’m not completely insane.) 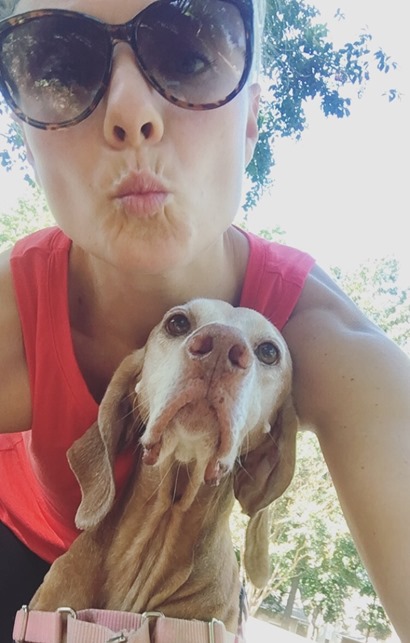 I leashed her up and we went on a two-mile walk through the neighborhood while I listened to my favorite Wait, Wait Don’t Tell Me Podcast. It felt like such a treat to be walking around in the sunshine with Sadie and I quickly realized our walk was exactly what my mind and body needed to chill the heck out after the past two days. Somehow Sadie knew what was best for me, just like she always does! She’s a totally crazy but very wise little thing.

After our walk, I grabbed a snack (holy cow pumpkin spice RXBars are amazing!), showered, unloaded the dishwasher, marinated some drumsticks for dinner and responded to a handful of emails before it was time to scoop Chase up from preschool. 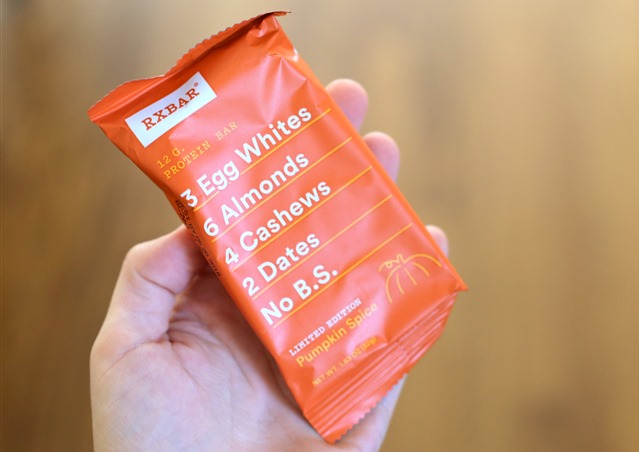 Chase got another good report from his teacher but she said he had his first meltdown moment when they told him he needed to put a bike toy away when gym time was over. He was not having it and I was zero percent surprised by this story because Chase becoming full-on obsessed with riding toys and getting him off of them is always a battle (mostly for my patience).

Somehow Chase wasn’t completely exhausted after preschool and seemed to want to run around outside for a while with his friend Claire, so Lauren and I took full advantage of our little ones entertaining each other and chatted away. (Yesterday was Lauren’s due date and she started feeling contractions late the night before and ended up giving birth to a beautiful baby boy last night! Clearly we had a lot to talk about yesterday afternoon.) We had fun watching our two little ones get out a little more energy before we headed home for nap time. 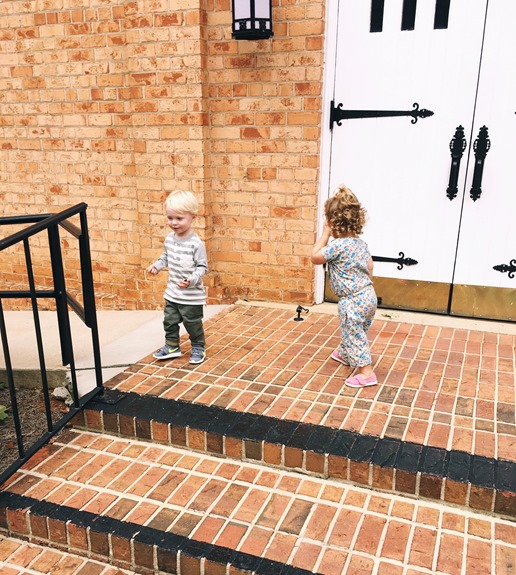 We did some more soft food snacks for Chase one we arrived home which went well. I have no idea where all of Chase’s energy came from but he was still so amped up after snack time that he didn’t end up going down for his nap until close to 2 p.m. … and even then the only way I could get him to relax was to let him bring his dump truck into his crib. So cuddly!

While Chase slept, I began typing up this blog post, worked on two brand partnerships I have coming up and ate a late lunch of cold leftovers out of a Tupperware container. Glamorous!

Chase ended up napping well for the first time this week and slept hard for two hours.

Once he was up, we ate an afternoon snack, played at the house for a bit and I did some veggie chopping dinner prep. Then it was off to Gymboree for open gym! Chase keep asking for “Boree!” and clearly knew what he wanted because he ran around like crazy, jumped all over the squishy mats and had a ball.

We arrived home a little after 6 p.m., close to when Ryan arrived home from work. We all hung out at the kitchen counter for a bit while I threw dinner together and then made our way to the family room to play while everything cooked.

Dinner last night was a simple meal that included veggies topped with chicken drumsticks that I marinated in tikka masala sauce I bought at ALDI last week. I poured a little more of the sauce on the veggies before throwing everything into the oven for 45(ish) minutes. 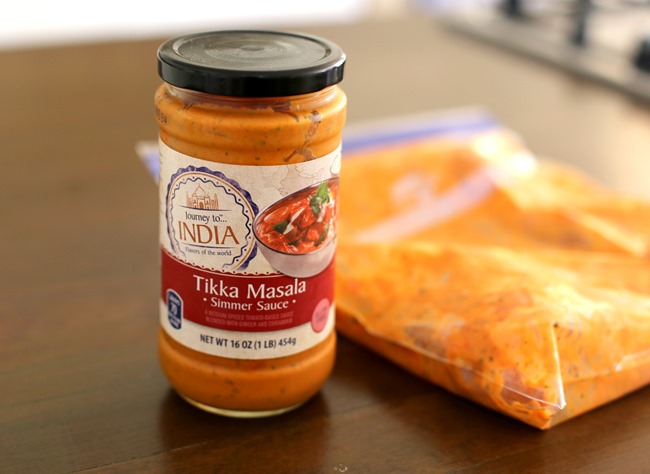 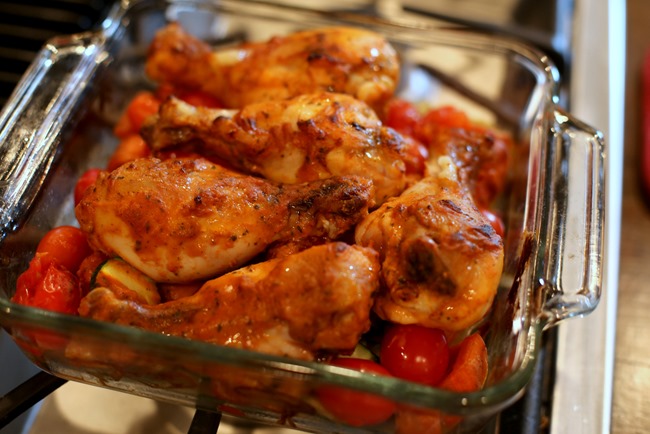 After dinner we went through Chase’s bed time routine and once he was settled, Ryan and I parked ourselves on the couch for Big Brother! I know you’re probably sick of me talking about this show but it’s on a bazillion times a week (okay, three) and we are ALL IN. While we watched, I ate my bodyweight in pistachios which, for some odd reason, I currently cannot stop eating. They’ve become my go-to afternoon and after-dinner snack (better than ice cream, right?) and I get some weird kind of joy from cracking into the shells over and over again.

By the time Big Brother was over, I was already feeling a bit sleepy, so we made our way upstairs and I read Beneath A Scarlet Sky until my eyes would no longer stay open.

And that was our Wednesday in a nutshell! I hope you guys have a great Thursday!