Hey guys! How was your weekend? Our weekend was a good one. It’s been a while since we’ve had a weekend at home with just our little family and it was a much-needed reset. I love our simple weekends in Charlotte and am looking forward to a bunch of them in the coming weeks leading up to the holidays. 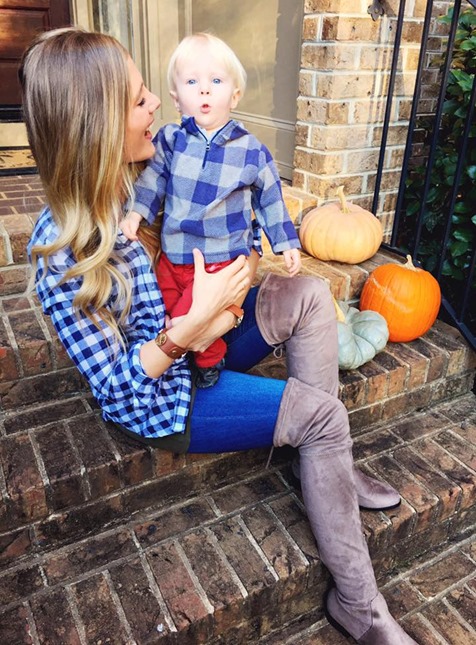 (Daddy gets smiles at the camera for his pictures with Chase… Mommy gets doggie woofs! Haha!)

I felt like my weekend officially began early Friday evening when I met up with seven of my girlfriends and their little ones for a play date in Davidson. I haven’t had the chance to drive through one of my favorite towns since the leaves began to change and found myself continually taken aback by the beauty of Davidson in the fall.

I couldn’t resist snapping a picture of this neighborhood street because it was just so picture-perfect. 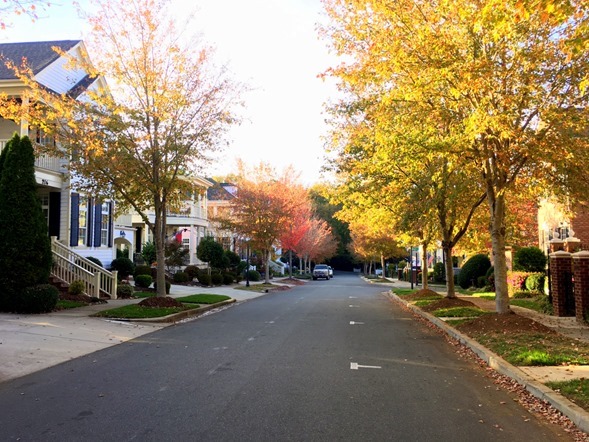 I arrived home from our play date around 6:30 p.m. as Ryan was arriving home from work and we spent the rest of the night chasing Chase around the kitchen with his ride-on plane toy (he loves “racing” right now) before it was time for bed. Once Chase was asleep, we spent the rest of our Friday enjoying a low key night on the couch. Perfect!

Saturday morning began before dawn thanks to an early morning wakeup call from Mr. Chase. (We are still adjusting to the time change over here!) We were up before the sun but made the most of it with a leisurely breakfast of whole wheat pumpkin muffins and scrambled eggs. Ryan headed off to the gym for his workout first, so I spent the rest of the morning trying to make household chores into games that amused Chase. (Peek-a-boo with the laundry basket was a instant success.)

Once Ryan was back home, we flip-flopped Chase time and I headed out for my workout! I took an early boot camp class that incorporated lots of plyometric and core exercises. I am SO happy with how my broken pinky toe is healing and, five and a half weeks later, I feel like I’m able to do most exercises I used to be able to do, though I am still absolutely cautious. 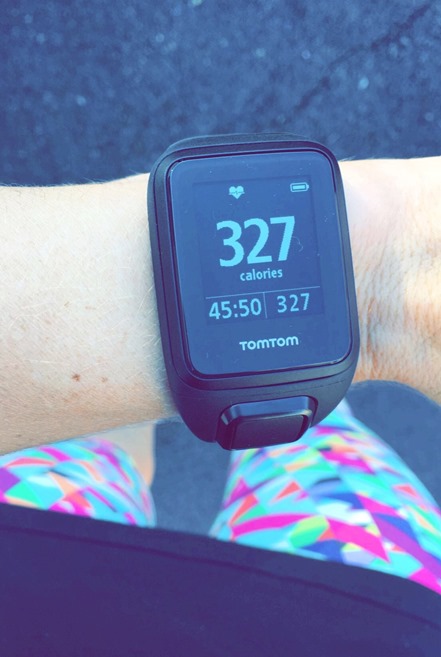 After my workout was over, I ran a few errands before heading home for a much-needed shower. I spent the rest of the morning catching up on blog emails and making a dessert for Saturday night’s chili cookoff.

We had a birthday party to attend on Saturday afternoon and, after Chase woke up from his nap, we headed out to celebrate Mack’s special day! 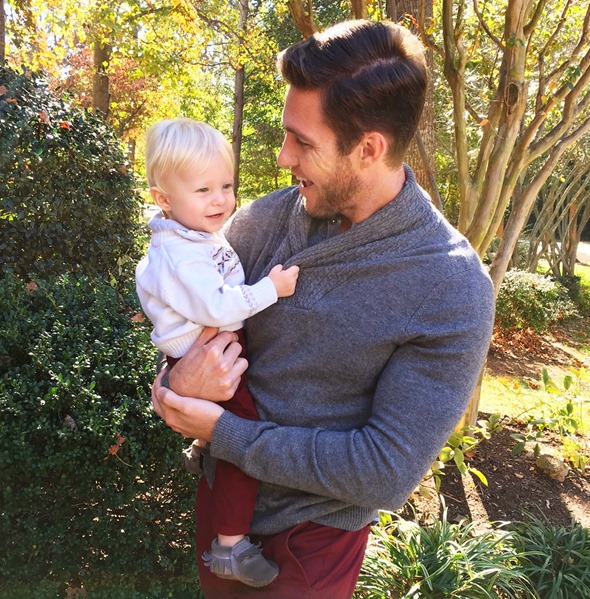 (Their matching pants kill me. Love!)

I met Mack’s mom Melanie through Pure Barre when we first moved to Charlotte and it was so much fun to watch Mack dig into his mini smash cake! So far, Mack and Chase take the cake for most enthusiastic cake-eaters at their respective birthday parties! (And yes, that pun was absolutely intended.) 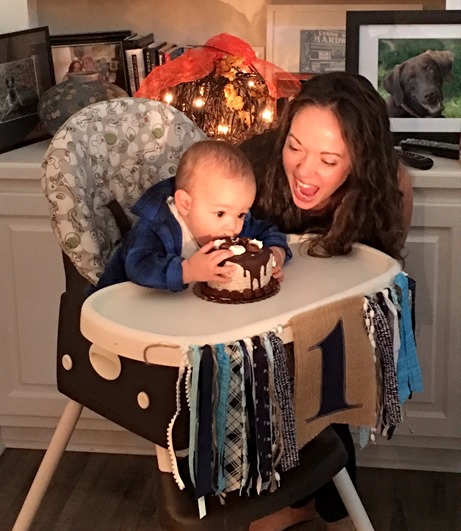 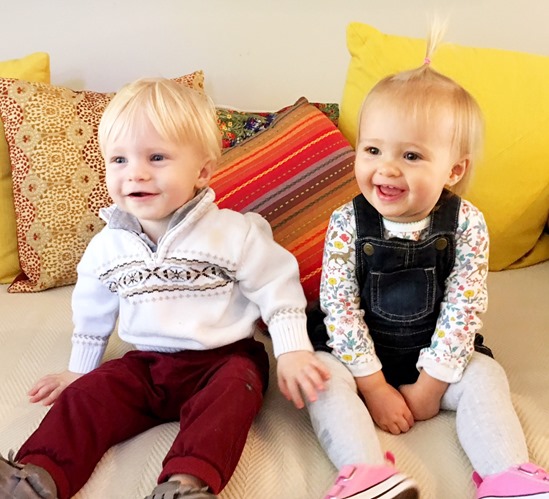 Eventually Mack’s naptime rolled around, so we said our goodbyes and headed home for a couple of hours before it was time to give Sadie a kiss goodbye and drive to my friend Carrie’s parents’ house for a chili cookoff! 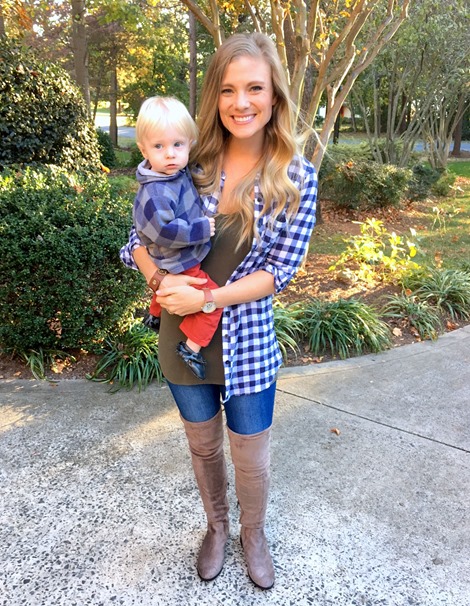 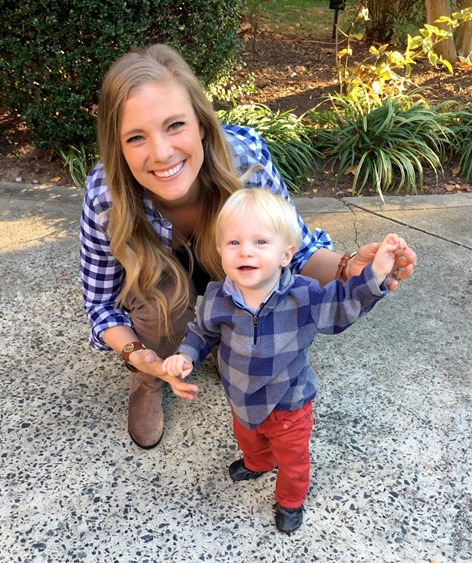 I have never been to a chili cookoff before but I must say the whole party far surpassed my expectations. Carrie and her mom did such a great job with decorations and the format of the party was really cool! Everyone could sample different chilis and cornbreads (I think they had 14 different kinds!) and then vote on their favorites. 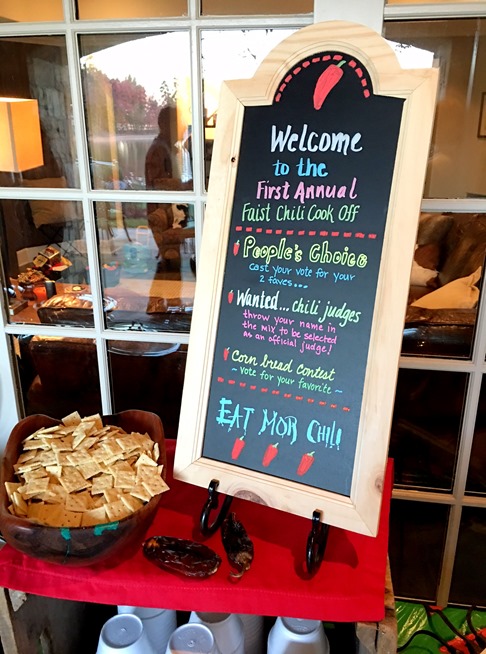 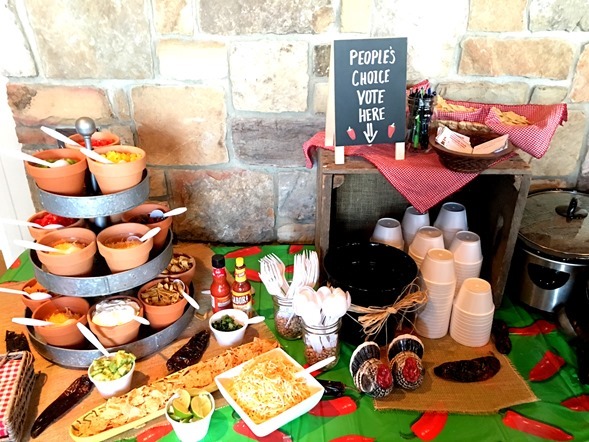 We had a blast drinking hot apple cider with rum (I’m sure there’s probably a legit name for this drink but whatever it is, it’s delicious) and eating until our stomachs were about to burst. Chase had plenty of playmates to play with and had a great time with some of his best friends. 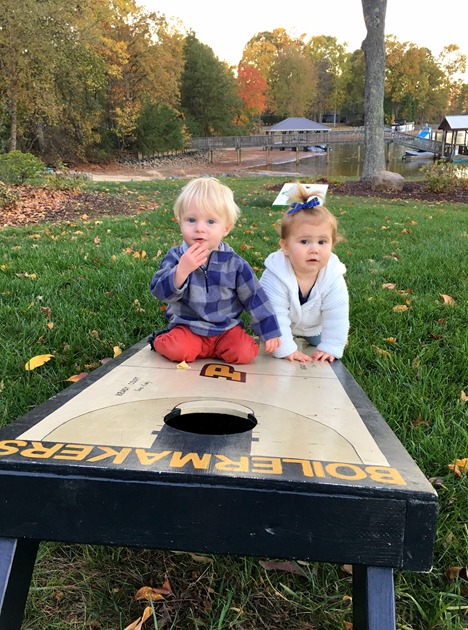 Unfortunately toddlers’ bedtimes meant most of the parents with little ones at the party didn’t get to hear the results from the cookoff (Carrie texted me the results later because I was so curious), but we thanked Carrie’s parents for such a fun evening before heading home for another relaxing night on the couch.

Sunday morning began on a rather odd note. Chase was incredibly cranky when he woke up and I wasn’t sure what was up, so after breakfast we put him back in his crib at 8 a.m. to see if he needed more sleep. He didn’t fall asleep, but he seemed to calm down quite a bit and, after 30 minutes or so, he emerged a new man. I’m not sure what the deal was, but apparently he needed a little alone time to begin his Sunday!

Once we had a happy toddler on our hands again, Ryan, Chase and I drove to Birkdale Village for smoothies from Clean Juice to fuel a little early holiday shopping. Though we didn’t end up buying anything other than food on our little adventure, we took advantage of a quiet Sunday morning at the usually busy shopping hot spot and walked around to look at all of the Christmas décor that went up the night before. 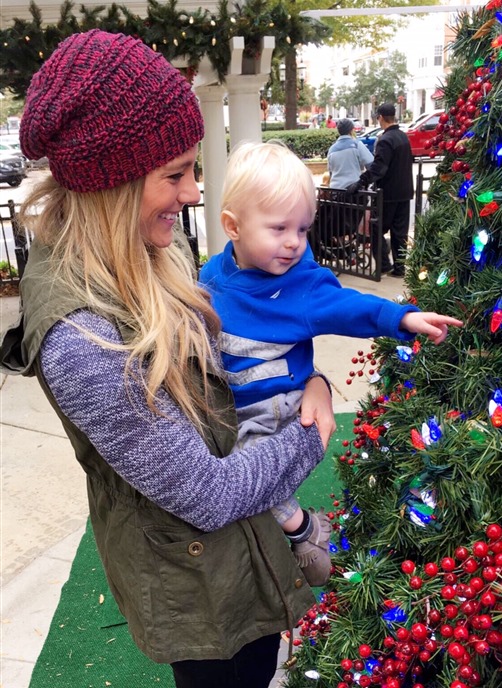 We popped into a few stores and I had to resist buying every children’s Christmas book I could find at Barnes & Nobel. So much nostalgia!!! Did any of you guys out there also love The Mitten as a kid? I actually met the author, Jan Brett, when she came to do a reading at my elementary school in Palatine.

On our way home from Birkdale, I told Ryan I had a craving for Belgian waffles and he was immediately on board for a quick pit-stop at Cast Iron Waffles. I ordered the pumpkin pie waffle (LOVED IT) while Ryan rolled with the cinnamon roll waffle. (<—Another totally intended pun. Can’t stop, won’t stop.) 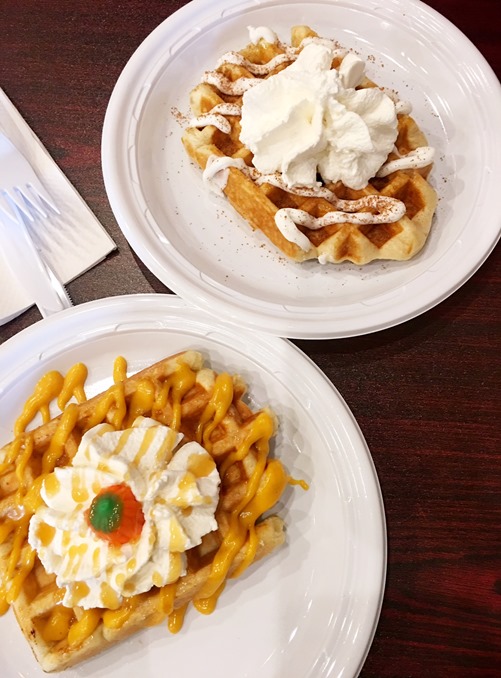 Chase wasn’t into the waffles but the whipped cream called to him and Ryan and I realized, yet again, that our child is just like his mom and dad. Whipped cream is the best part of any dessert (or, in this case, brunch)!

After we were done eating, we drove home and Chase went down for his nap at noon. Nap time gave me a chance to work and I spent two hours plugging away at the computer and photographing a recipe I cannot wait to share with you guys later this week.

As always, Chase’s naptime flew by and once he was back up, we spent the rest of our Sunday running errands, playing fetch with Sadie and hanging out around the house before bedtime rolled around.

I hope you guys had a great weekend and I’ll see ya back here tomorrow!