Navigation
Over the weekend we reached a new level of ridiculous with Sadie. You guys know by now that Ryan and I are crazy dog owners who are all too obsessed with our pup. Well, we did something with Sadie this weekend that may just take the cake and surpass everything else we’ve done to baby our favorite furry lady.

Let me set the scene: It was another rainy and dreary weekend in Charlotte. Though the sun decided to hide all weekend, the rain let up on Sunday and we jumped at the chance to head out on a family walk. After spending hours and hours indoors, cabin fever set in a bit, so it felt great to move our legs and get outside.

We set out to cover our favorite two-mile loop, but about halfway through, Sadie must have stepped on something sharp or something stung her back left paw because she jumped and then started licking at her paw like crazy. We encouraged her to walk along with us, but she started limping with her tail tucked under her body. We checked out her paw and couldn’t find anything wrong. Sadie is a dog who usually walks out in front of us, but when we had to pull on her leash to get her to move even a few steps, we knew something was really bothering her.

The problem? We were a half mile from home.

Around this same time, Chase started to get fussy in his stroller. This tends to happen when we stop moving, so pausing to check on Sadie apparently set him off. Thankfully, I packed the Baby K’Tan along to wear him just in case he started to get antsy, so I put him in the baby carrier to make him a little happier. 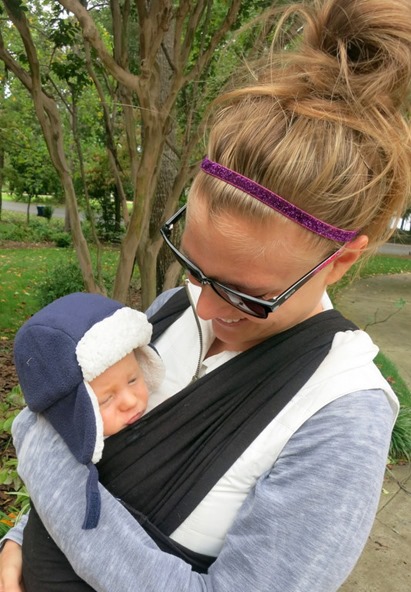 And that’s when Ryan had an idea. Why not put Sadie in Chase’s stroller?

We both were pretty confident his idea would never work and that Sadie would freak out, but then this happened… 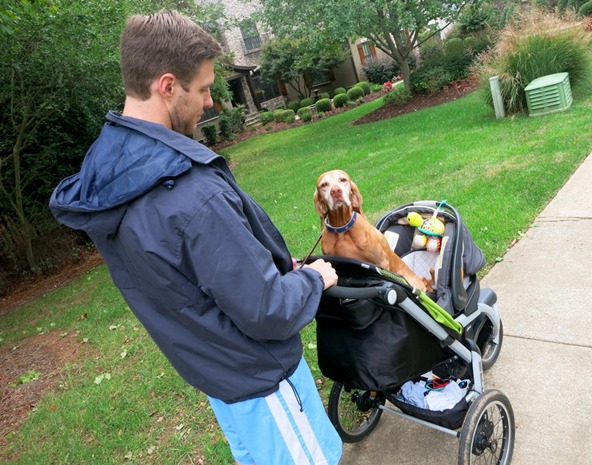 And that is how we walked for a half mile as we made our way back to our house. 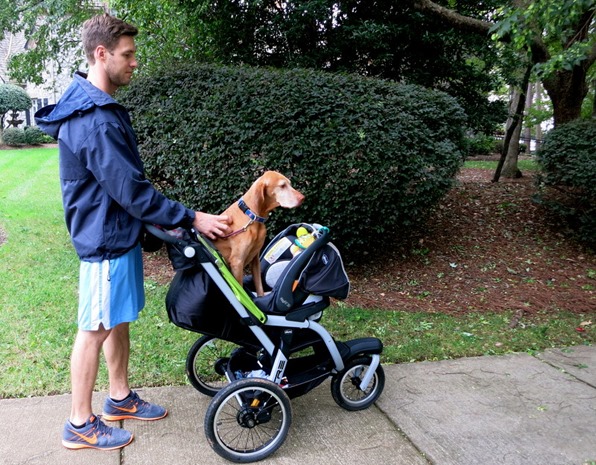 We could not stop laughing. Neither could the people in the cars that passed us. Or the joggers who ran by us. It was equal parts ridiculous and hilarious. 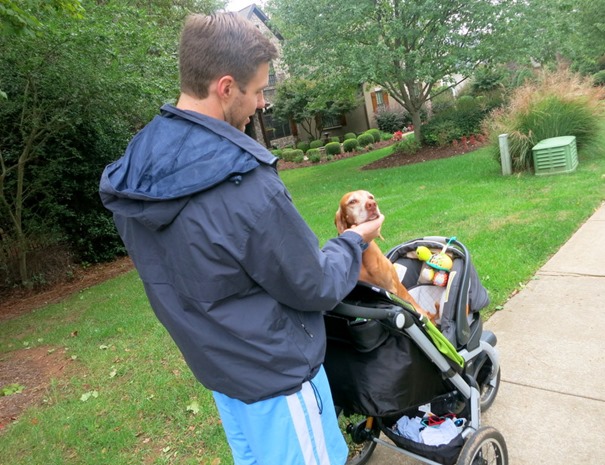 And with that, we reached a new level on the spectrum of crazy for way-too-obsessed dog owners.

(Sadie is 100 percent okay, by the way, and was running around like normal soon after we returned home.)

So what else happened this weekend other that that ridiculousness? Aside from the eventful walk, we spent most of our weekend at the house, staying warm and dry. I wish I had more fun things to share with you guys today, but I honestly spent a decent portion of my Saturday catching up on work-related emails, writing and blog stuff. After several unproductive days last week, it was nice to spend a little time checking things off my “must do” list in between playtime with Chase. 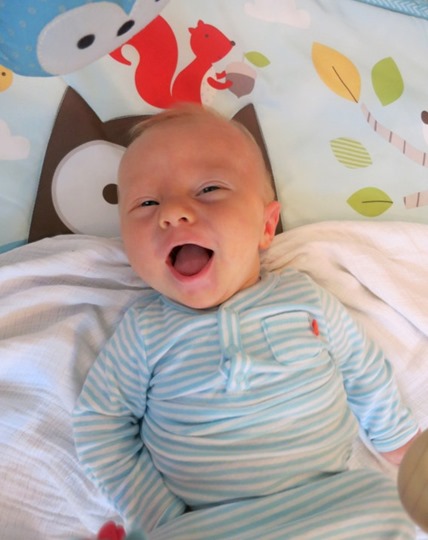 At least there was Thai food takeout on Saturday night! 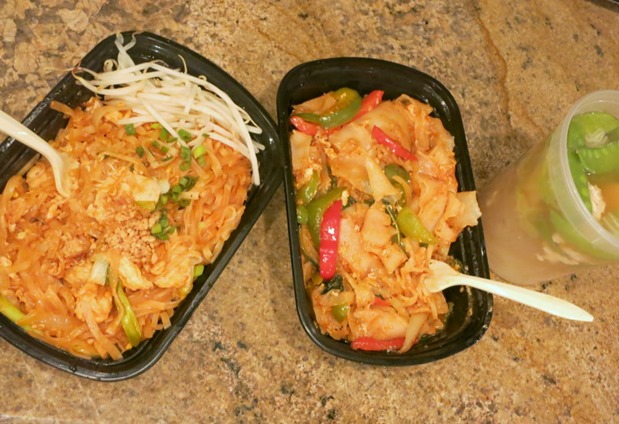 That was a definite highlight. Thai food has been our go-to take out food these days, surprisingly replacing our weekend pizza addiction that thrived for a few months over the summer. We usually order soup as an appetizer and split two entrees: Pad Thai and Pad Ki Mao. Ryan actually ordered the Pad Ki Mao for the first time after Chase was born and we both could not get enough of the thick, wide noodles and flavorful sauce, so it has since become a takeout staple!

I did manage to make it to Pure Barre over the weekend and it felt great to spend some extra time stretching out my sore muscles after Friday’s push/pull Burn Bootcamp workout. On my way home from Pure Barre on Sunday, I picked up our groceries for the week. We’re still going strong with one grocery store trip per week thanks to a little forethought and meal planning.

Here’s a glimpse at this week’s meal plan:

I’m planning to make the kale and turkey sausage breakfast casserole for dinner on Tuesday night so I can easily reheat it for breakfast on Wednesday morning. I’m hoping to be able to make it to an early workout class before heading out to a morning women’s bible study group I joined last week, so a grab-and-go breakfast is key.

And I think that catches us up! I hope you all had a good weekend!