Navigation
Hello! I’m a day late on my weekend recap for this week since I was anxious to share my Weekly Workouts recap for September, but hopefully the delay wasn’t too noticeable!

Our weekend was one of the most laidback weekends we’ve had in a while. I actually had to sit here and scratch my head when it came to thinking about what we did on Friday. I swear after Chase was born, my memory turned to mush and anything non-critical that happened 48 or more hours ago is lost. Yeesh. Clearly our Friday night was rather uneventful but that’s a good thing in my eyes! I do remember getting in bed early and beginning a new book (All the Missing Girls – one of your suspense novel recommendations on my Friday blog post).

Oh wait! Chase also had his first “official” soccer practice on Friday and it went well… 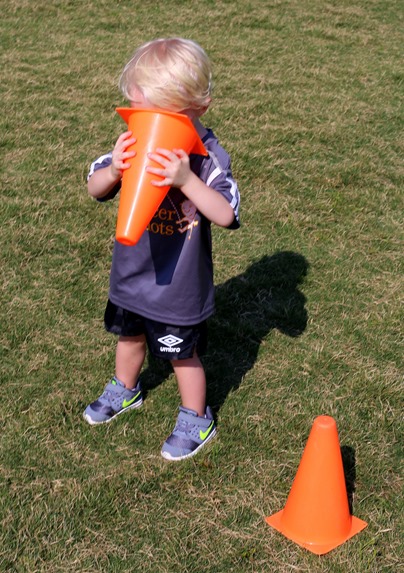 I do have a clearer memory of Saturday and Sunday though, so let’s start there! Saturday morning began with a family trip to the gym after breakfast. Even though Ryan and I rarely do the same workout, we like to warm up next to each other on side-by-side treadmills and it always makes me nostalgic for our Florida days when we’d workout together nearly every morning. Meeemories!

After 10 minutes of incline walking on the treadmill, I did a total body workout in the weight room before meeting back up with Ryan and picking Chase up from childcare. He had a ball and told us all about the pictures he colored and the orange train he played with on the train table. 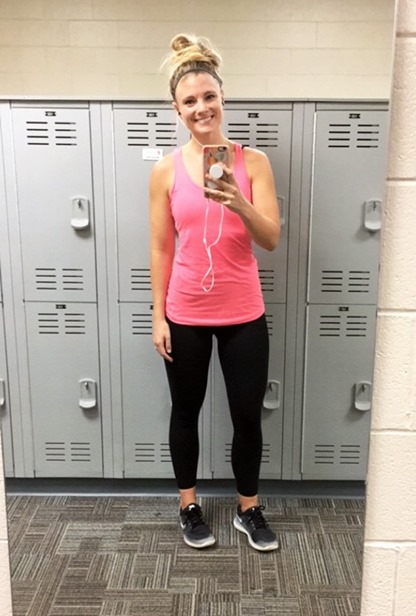 We made it home with a few hours to spare before Chase’s afternoon nap so we decided to spend the rest of the morning swimming in the lake and playing a bazillion rounds of fetch with Sadie. She was in absolute heaven and Ryan and I once again wondered aloud how many rounds of fetch it would take to get Sadie tired. (Any vizsla owners ever figured out their stopping point?) 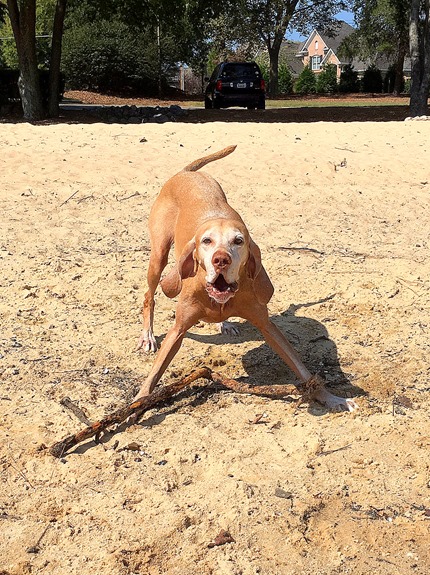 I will never forget bringing Sadie on my long runs (10+ miles) during half marathon training and the minute we’d arrive home, she’d go straight to her toy basket and grab a ball to try to get me to play fetch with her. If only we could bottle that energy up and sell it! 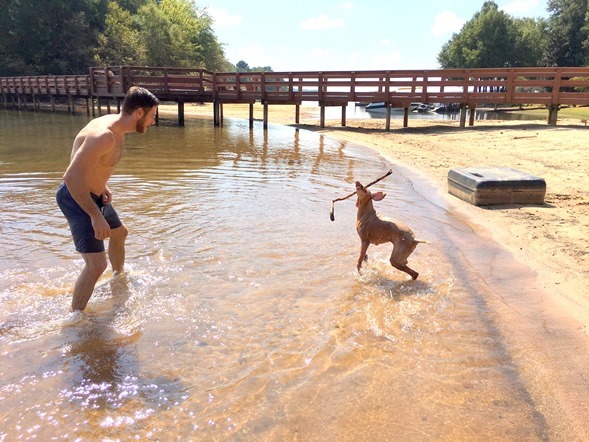 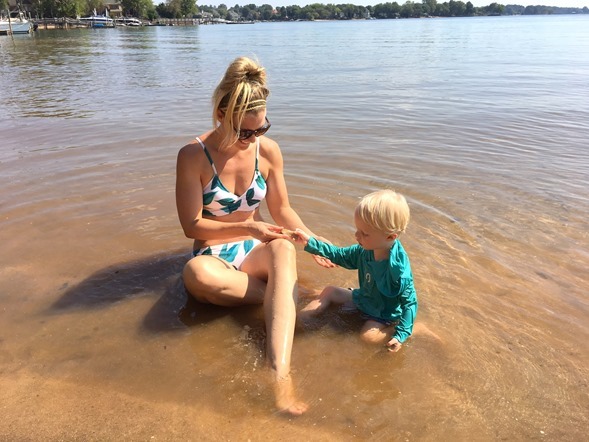 We made it home in time for lunch before Chase went down for his nap. One of my girlfriends called a toddler’s nap the “Nap Trap” on the weekends or vacations when you’re trapped at home and can’t do anything outside of the house and I thought the term was hysterically accurate. I usually don’t mind the Nap Trap and use this time on the weekends to get ahead on work but I really wanted to pick up a birthday present for a friend, get a pedicure and make a return to (aka wander around) HomeGoods so Ryan and Sadie chilled on the couch and watched soccer while I enjoyed a solo afternoon. It’s kind of crazy to me how relaxing it feels to simply be out and about on my own doing seemingly simple and even mundane things but I loved it. Especially the pedicure!

I arrived back home to find Ryan and Chase playing and was greeted with the most adorable hello from Chase. He said, “Hi Mama! Nice to see you!” and it was so grown up, pleasant and out of the blue that it made me laugh out loud and want to scoop him up and give him a bazillions kisses at the same time. He still typically talks in three- to four-word statements so such a long greeting caught me off guard!

We didn’t have too much time to spare before our evening plans took us to Barcelona Burger & Beer Garden in Mooresville. 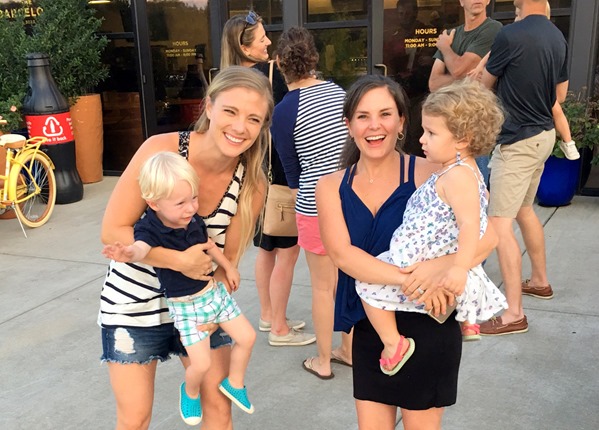 We met up with our friends to celebrate Laura’s birthday and enjoy some tasty food and drinks together! As you can probably tell from this picture, we stayed at Barcelona a littler longer than we probably should have for Chase who was past his prime when I finally thought to get a picture with the birthday girl at the end of the night.

Our friend Ben joined us back at home once we left and the rest of our Saturday night was pretty low-key as we caught up and hung out on the couch after we put Chase to bed.

Sunday was another rather laidback day and kicked off with the early-morning church followed by grocery shopping. I spent the early part of the morning meal planning for the week ahead so I shopped for a week’s worth of food with a giant list.

Here’s a peek into our dinner menu for the week ahead:

During Chase’s nap, I worked while Ryan went to the gym and the real fun happened once I logged off my computer and we headed back out to the lake and then off to Birkdale Village for some returns and train playtime for Chase at Barnes & Noble. 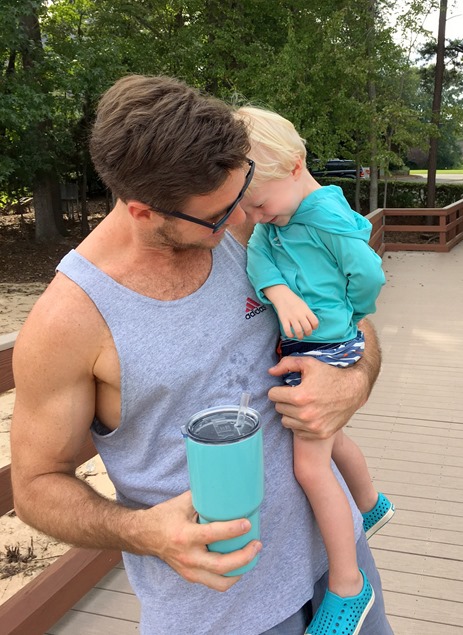 All in all it was a good weekend! Any weekend that combines relaxation, a fair amount of time outside, hanging out with friends and delicious food is a good one in my book.

Hope you all have a great Tuesday!