Navigation
Hey, hey, hey! Happy Monday to YOU! I hope your weekend was a good one. Did any of you guys get up early to watch the royal wedding? I lucked out with east coast timing and didn’t set my alarm, but since I was awake a little after 6 a.m. anyway, you better believe I parked my butt on the couch and watched Meghan and Harry exchange their vows. I thought the wedding was gorgeous and everything from the beautiful rendition of “Stand By Me” to the way Meghan and Harry looked at each other throughout the ceremony to Bishop Michael Curry’s passionate sermon… It was all beautiful and a lovely way to kick off the weekend!

Ryan was at the gym while I watched the wedding and Chase slept in until nearly 8 a.m. which was amazing! I got to ease into the morning and as I watched the wedding, I finally did some shopping for our baby-on-the-way. I ordered a crib (the same convertible crib we have and love in Chase’s room), crib mattress, mattress cover, crib sheets, a changing pad cover and a few more necessities.

Though I’m waiting to make a few of the bigger nursery decorating decisions until after we know the sex of the baby, right now the color scheme is mint/gray/white with tiny pops of mustard yellow and either navy blue or blush pink. It feels good to check some things off my list! (Also, if any of you have a glider you LOVE for your kid’s nursery, please let me know! Bonus points if it comes with a matching ottoman. I am currently eyeing this one in gray.)

Once Ryan was back from the gym, we swapped workouts and I headed off to boot camp. 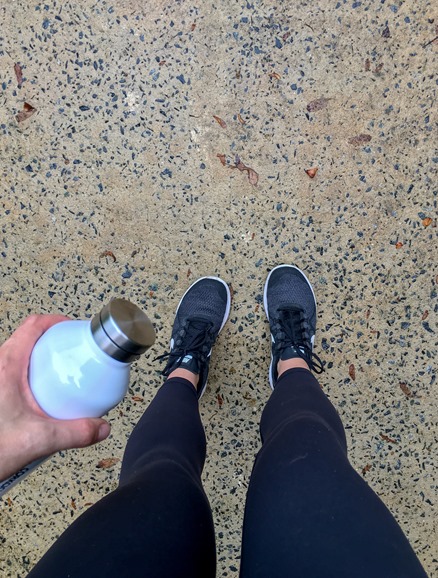 I took a major break from the gym last week after feeling so sick on Monday and it felt good to return to boot camp and work up a sweat on Saturday. It was an athletic conditioning workout which meant lots of high-intensity cardio, so I modified the heck out of everything and morphed it into a total body workout. My workout included three 60-second rounds of the following exercises:

I made it home around 9 a.m., took a quick shower and then joined my boys for a morning out and about. The weather was supposed to be rainy all day so we wanted to take advantage of the morning sun and headed off to Hope Park in Mooresville which is one of Chase’s favorites thanks to the race car theme. 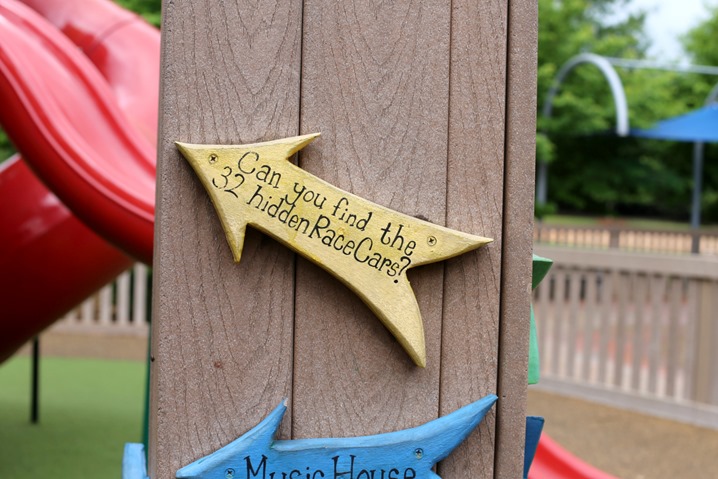 We all had a lot of fun at the mostly-deserted park and the highlight was searching for 32 hidden race cars. 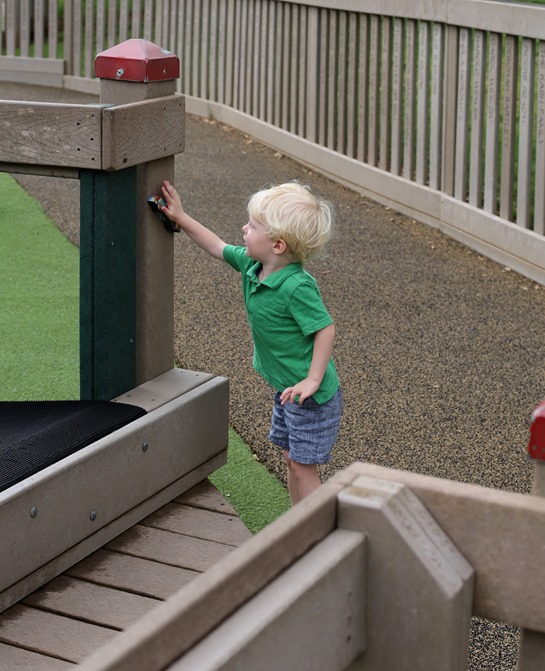 Chase is all about seek-and-find game these days so this was right up his alley! 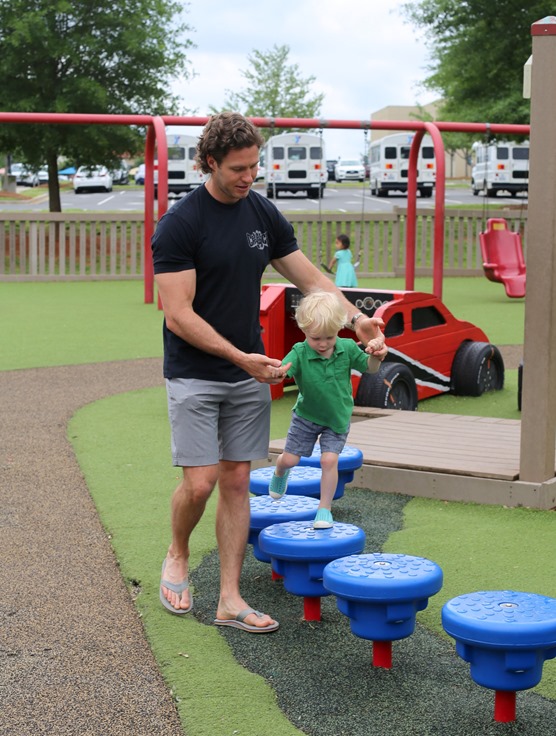 Hope Park is set up with a big kid section and a toddler section and the section for older children proved a little too irresistible for Ryan since it is basically a giant “lava” course and you can get from one end of the park to the other without touching the ground. 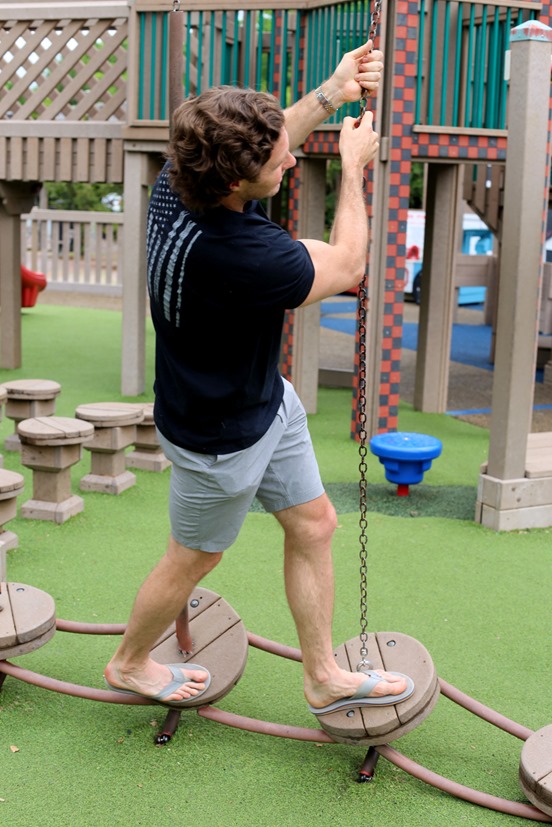 Please tell me all of you played lava as kids!? We used to use couch cushions, blankets, etc. to set up lava courses all over our house as children. It was always a blast!

In addition to the park, our Mooresville adventure took us on a few errands as well. I placed an online order for a teal craft cart I needed to pick up at Michael’s and we also spent some time browsing for toddler big boy room furniture at HomeGoods. We’re planning to move a few of Chase’s nursery furniture items into the new baby’s room (namely the changing table and a few nursery prints) so we’re on the lookout for a dresser and possibly a side table and a new chair. We didn’t have any luck with furniture but had a fun morning out and about and arrived home ready for lunch.

After smoothies and sandwiches, we settled Chase down for his nap and while Ryan took Sadie on a walk, I assembled my new craft cart. 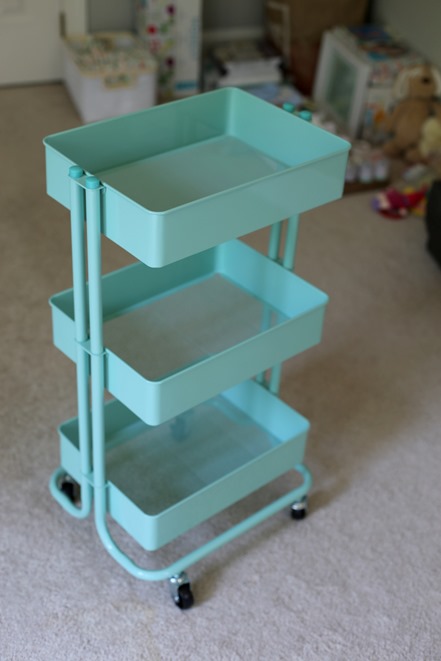 I’m hoping to use it in our baby’s nursery to either hold baby books and toys or an assortment of diaper-related goods, burp cloths and swaddle blankets. Thank you, Pinterest, for this idea!

The rest of Chase’s naptime was spent doing random household chores until he was up again and we headed off to the early evening service at our church. Chase absolutely LOVES our church’s childcare and sprinted into his 2-year-old room while Ryan and I attended the service. It was a good one and we arrived home feeling uplifted and ready for dinner! While I made dinner and Ryan and Chase raced their cars around our house, I FaceTimed with my friends for the second time on Saturday to stay in the loop with Carrie’s wedding (I had serious FOMO all weekend long) and it was amazing to see Carrie 15 minutes before she was about to walk down the aisle. Such a gorgeous bride!

Ryan, Chase and I decided to curl up on the couch and watch the first half of a movie as a Saturday night treat and since Chase is super into dragons lately, we settled on How To Train Your Dragon which Ryan and I both happen to think is a really cute one, too. Chase was really into it and I loved the extra family cuddle time!

Ryan and I have a goal of doing a few extra fun things with Chase before our little one arrives in a month or so and one of the top activities on our list was taking him back to the North Carolina Zoo! We visited the zoo on Mother’s Day last year and he loved it so we had high hopes that the zoo would be an even bigger hit for Chase now that he’s a year older. The North Carolina Zoo is located a little over an hour and a half away from our house but the drive was an easy one and we arrived around 10 a.m. 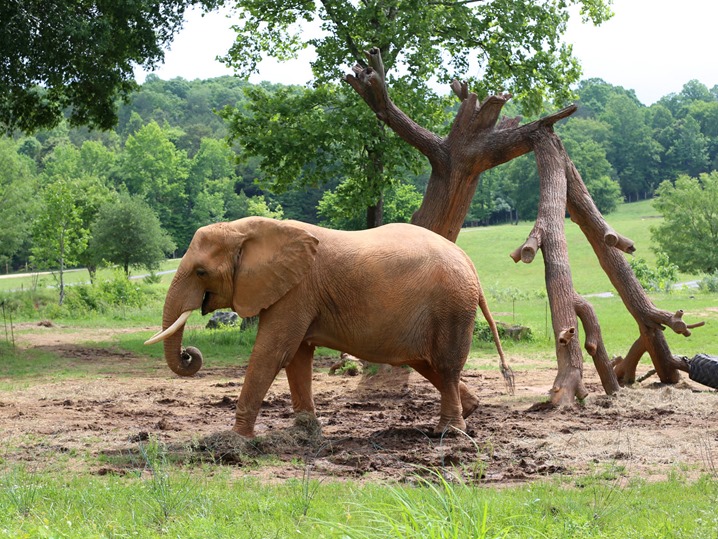 The forecast called for cloudy weather and a high probability of afternoon rain but we completely lucked out with mostly sunny skies and very few crowds during our visit. 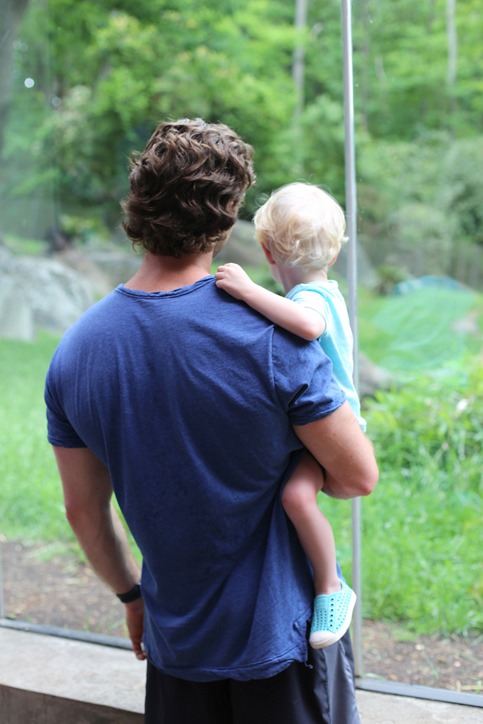 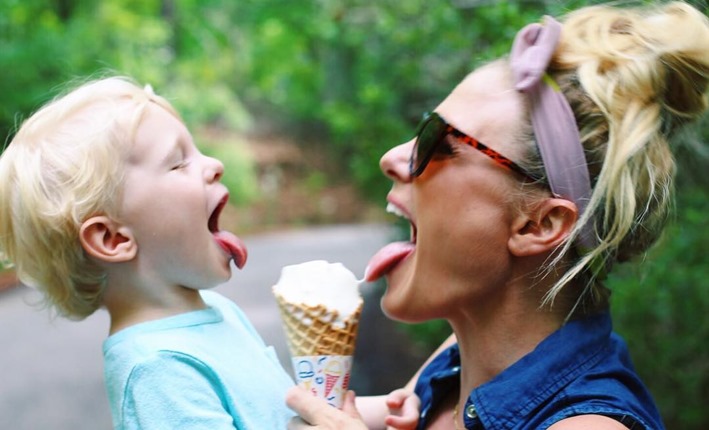 Ryan and I both agreed it was one of the best zoo experiences we’ve ever had and Chase was ALL about it! 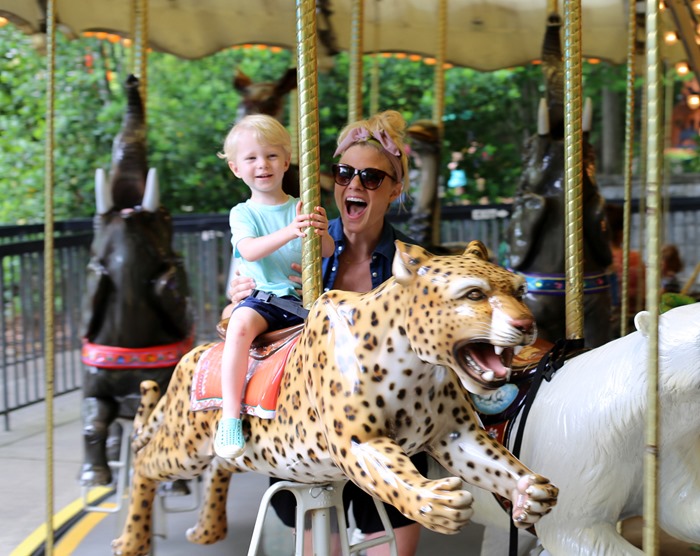 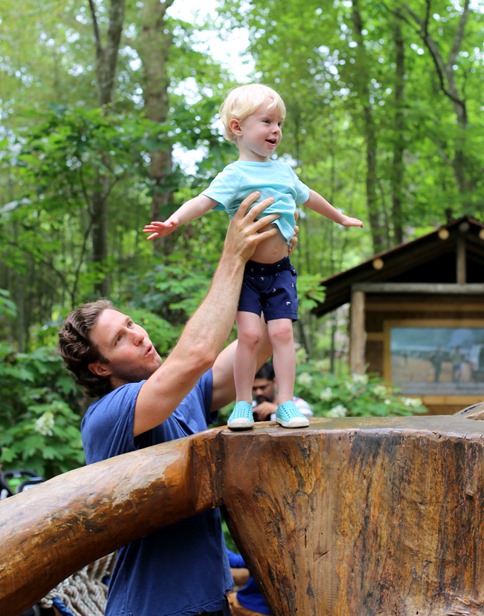 He was so into the animals and as we walked out to the parking lot hours later he said, “We go see the animals again!?” Apparently he was ready for round two immediately!

We made our way home slooowly with stops for food, bathroom breaks (potty training joys!) and gas and while we fully expected Chase to nap in his car seat on the way home, he surprised us by chatting away the whole time. Once we arrived home, Chase immediately hopped on his PlasmaCar for a bazillion laps around our kitchen and played with toys and Ryan and I commented for the 10,000th time in our parenting journey how much we wish we had even a fraction of his energy. We eventually got him to settle down and hang out with us on the couch as we wrapped up the second half of How To Train Your Dragon and rounded out the night with a bath for Chase, showers for us and reading in bed.

I’m pretty sure I was fast asleep by 9 p.m. last night and even though I still woke up a million times to use the bathroom, it felt good to get a jump start on some solid sleep going into the week since that’s a bit tricky around here these days.

I hope you all had a great weekend and enjoy the week ahead!