My love for dippy eggs was only further solidified after today’s lunch! 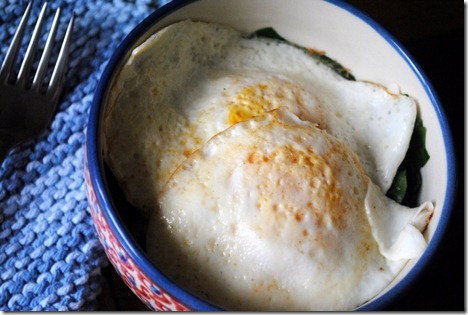 I placed two dippy eggs on top of a bowl full of steamed spinach and roasted Brussels sprouts drizzled with olive oil and sprinkled with garlic salt. 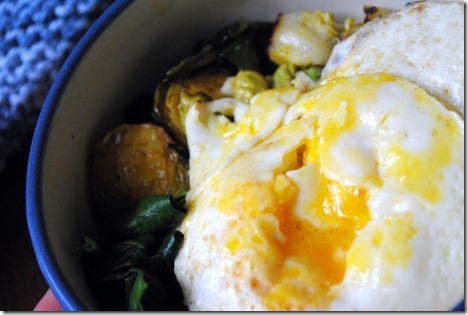 I loved the way the two runny yolks coated the veggies, giving them a fantastic flavor and a punch of protein.

On the side I ate a cup of Greek yogurt topped with honey and about a third of a bag of popcorn because I wanted something salty once I finished off my yogurt. 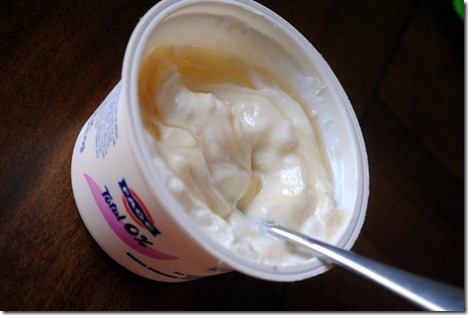 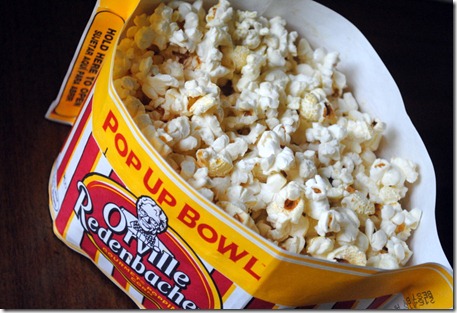 I actually snacked on the popcorn at my desk while working and now I think I need to clean my keyboard. Not the brightest move.

Back in February last year, I read The Hunger Games trilogy.

The Hunger Games was recommended to me by my former coworker and book blogger, Lisa. Before looking into it, I initially thought The Hunger Games was some kind of a non-fiction book about eating based on the title alone. (Remember this was February last year, before all the hoopla started!) 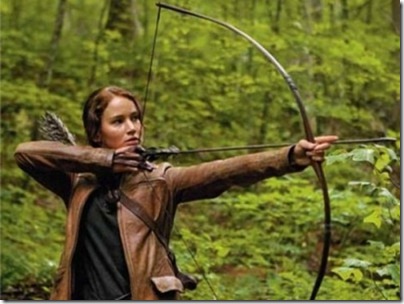 I was completely hooked from the beginning and am anxiously awaiting the debut of the movie on Friday!

Today a bunch of movie reviews were published in magazines and newspapers after critics had the chance to view the movie early and, as someone who usually doesn’t pay much attention to movie reviews, I found myself reading quite a few this afternoon!

Many of the articles believe The Hunger Games movie stays true to the book. Quite a few also said that the movie far upstages Twilight. I read all of the Twilight books and am not exactly a fan of Bella, so I’m rooting for Katniss to reign supreme!

I don’t usually get super excited for movies but The Hunger Games movie is definitely an exception. Ryan and I read The Hunger Games together, so I think we’re both pumping each other up about the movie which is getting me even more amped.

I know we’re not alone out there and that many of you are fans of the books, so today’s questions are centered around The Hunger Games…

Peeta all the way.