Navigation
Hello my friends! I am coming to you this morning feeling behind in life but isn’t that the way things always tend to feel after a long weekend away? The boys and I headed off for a weekend with my mom’s extended family in Sanford, North Carolina on Thursday and didn’t get back until Sunday so I’ve spent the past two days trying to slip my work-mode hat back on and play catch up. 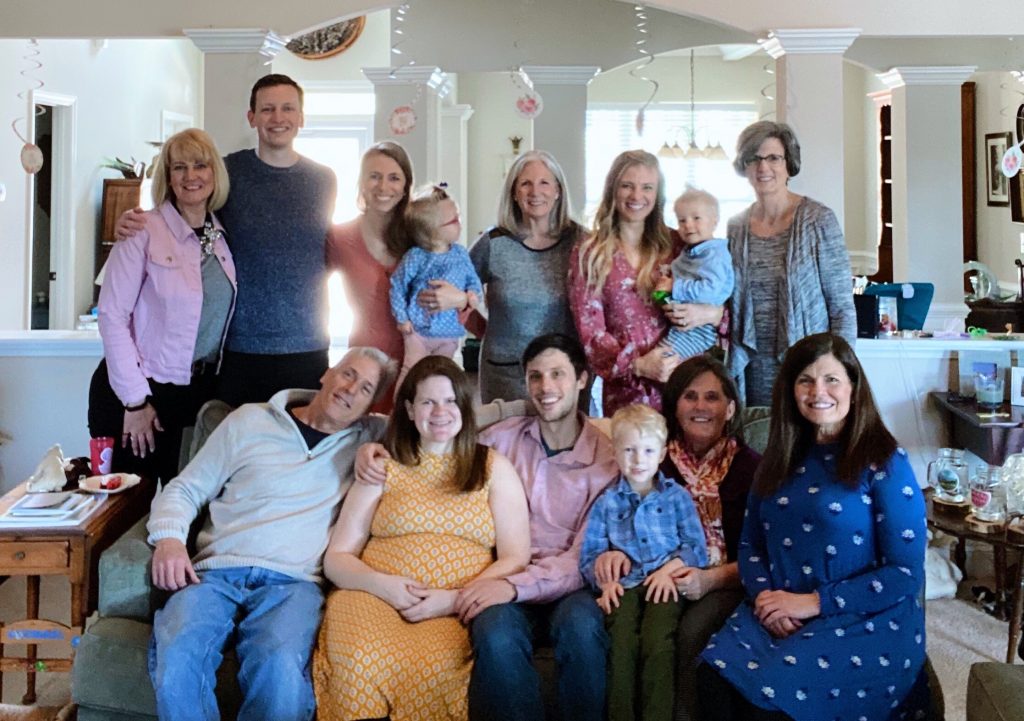 Feeling behind is a small price to play for such a fun weekend away with family I don’t get to see nearly often enough. Fourteen of us descended upon Jennie and Bob’s new Sanford lake house in honor of their first grandchild! Jennie hosted a baby shower for her son and daughter-in-law and we loved celebrating a baby girl we cannot wait to meet after she arrives in April. 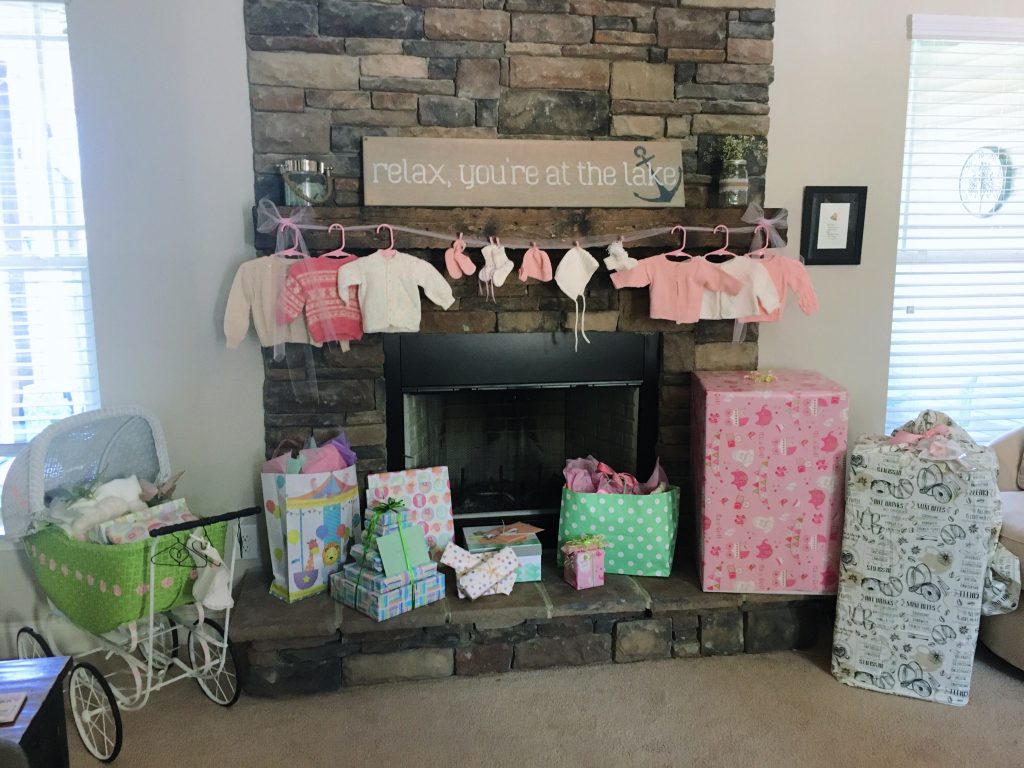 I kept my phone tucked away for almost the entire weekend but I still wanted to share a mini photo dump in lieu of a real recap of the weekend for nostalgia’s sake since this blog is pretty much the only way I’m able to remember anything these days. Every single picture I’m sharing from the weekend was snapped by members of my extended family. I owe a big thank you to Airdrop and family members who did a much better job at capturing these memories than I did! 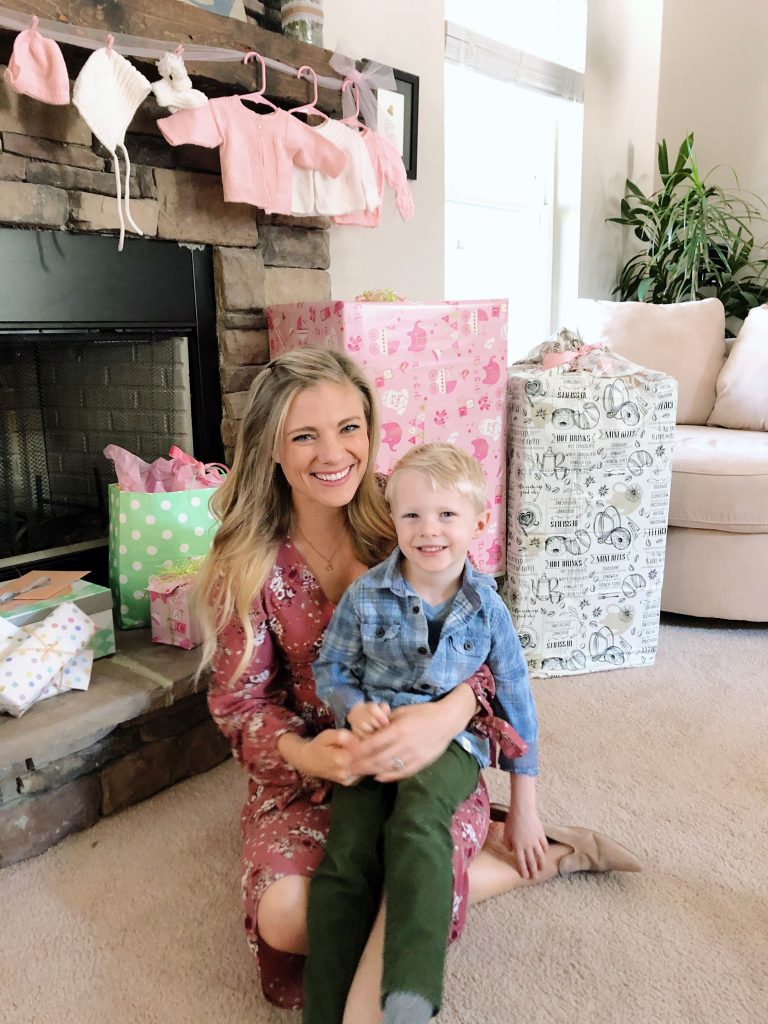 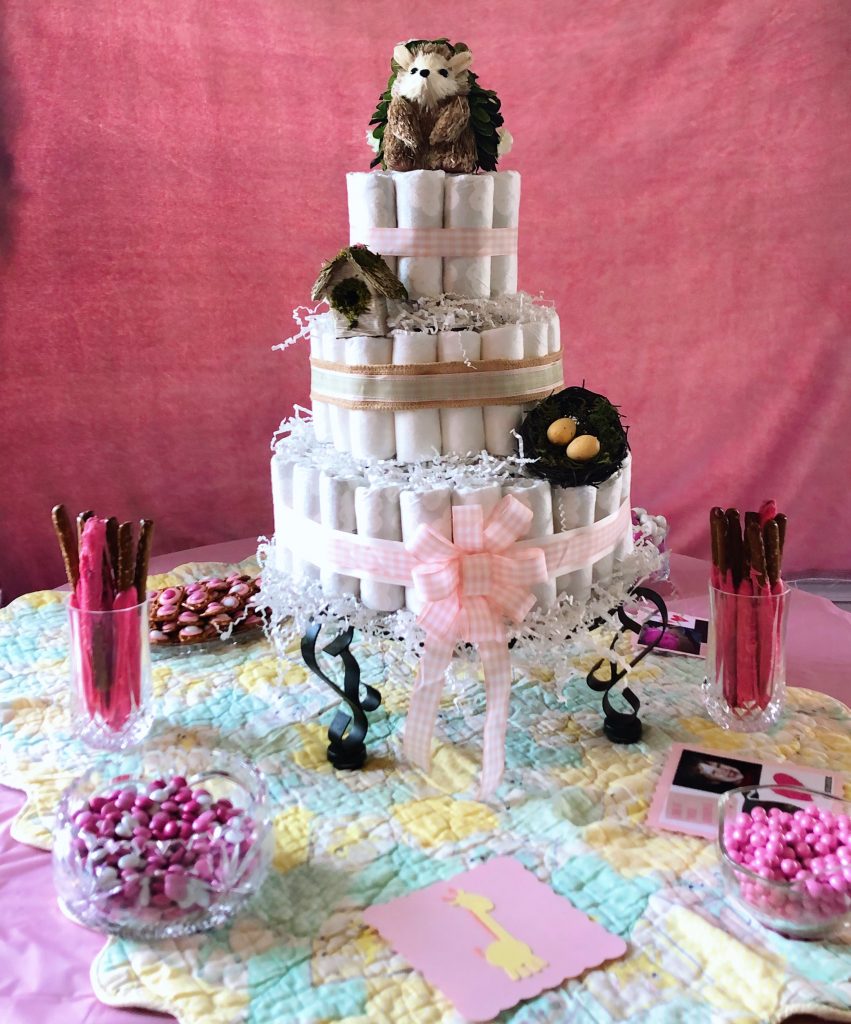 (A diaper cake made by Kris.) 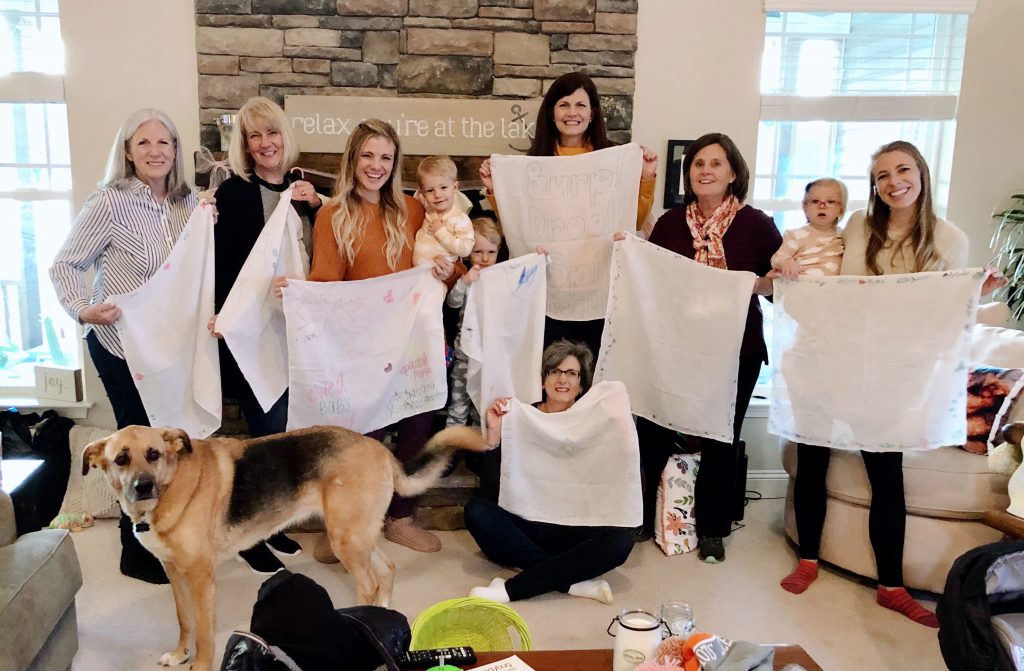 (We all decorated swaddle blankets/burp cloths and the mama-to-be to voted for her favorite!) 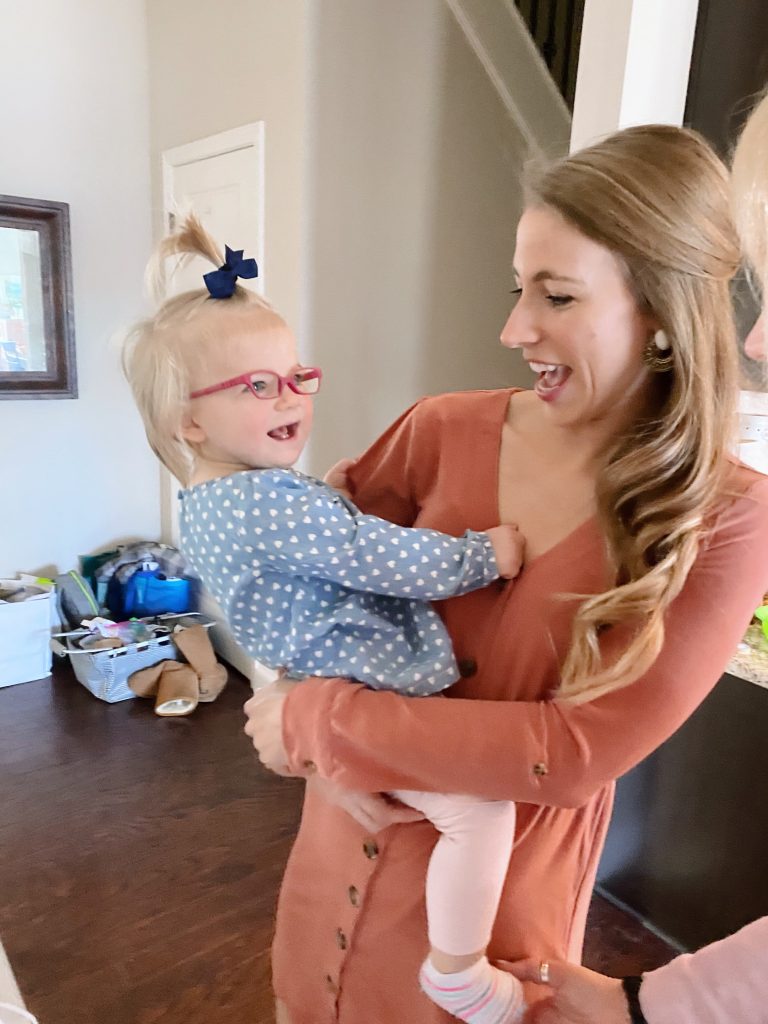 (My sweet and smiley niece Callie recently got glasses and could not be any cuter!) 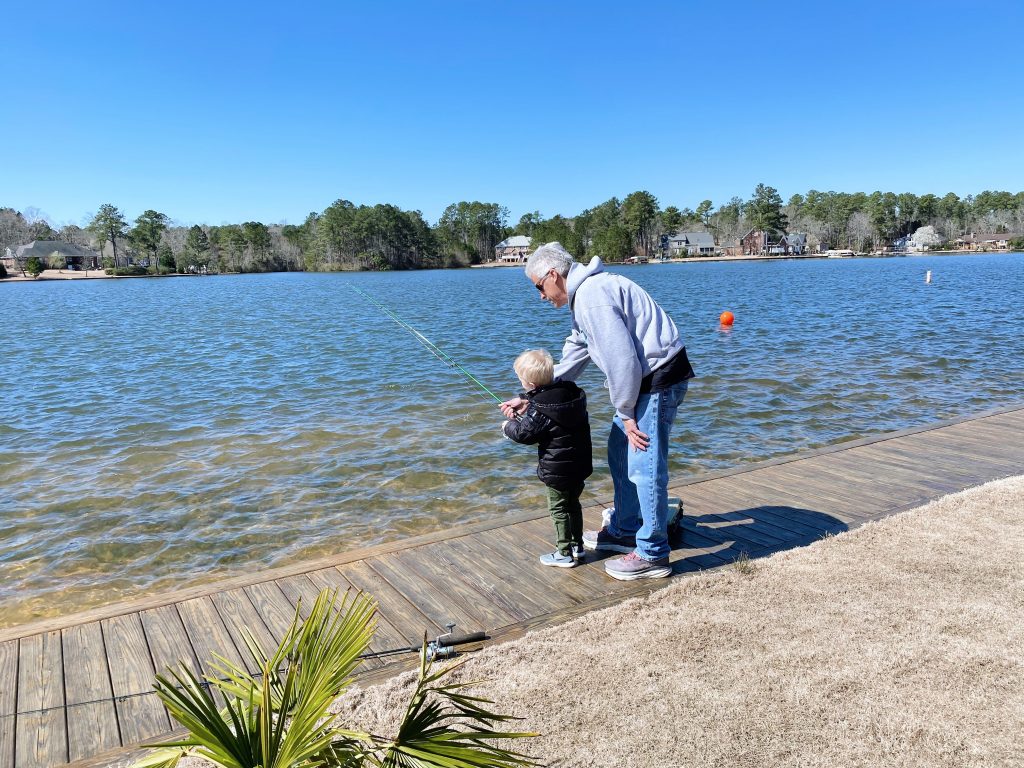 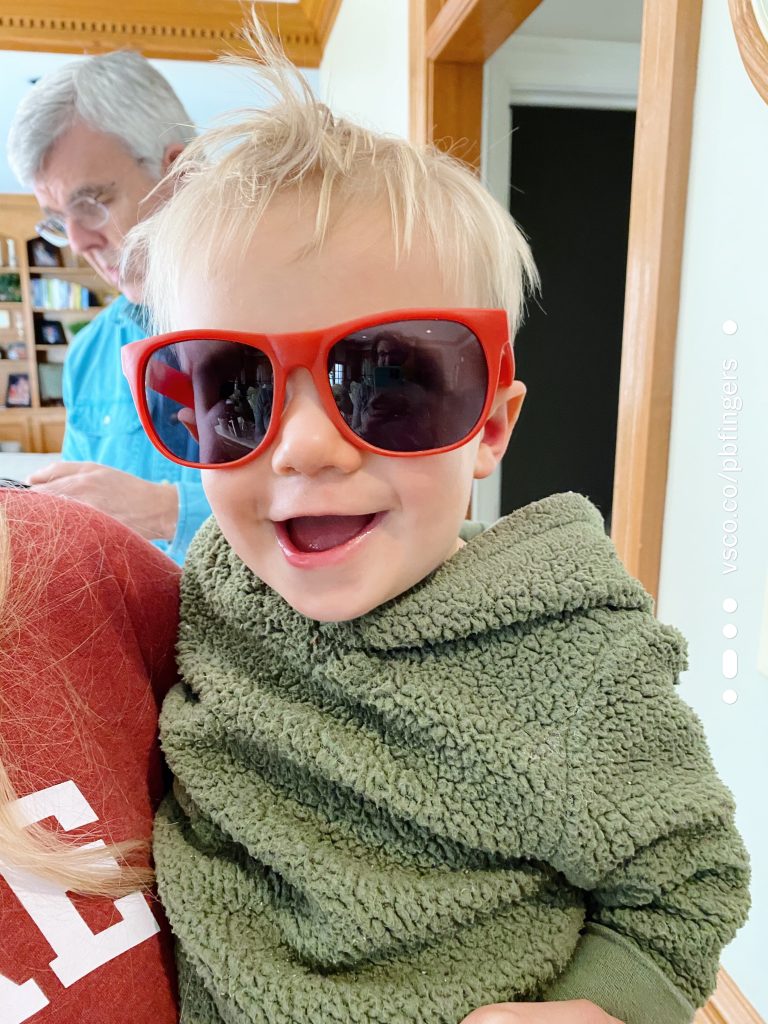 (Ryder was 100 percent obsessed with these “cool dude” sunglasses.) 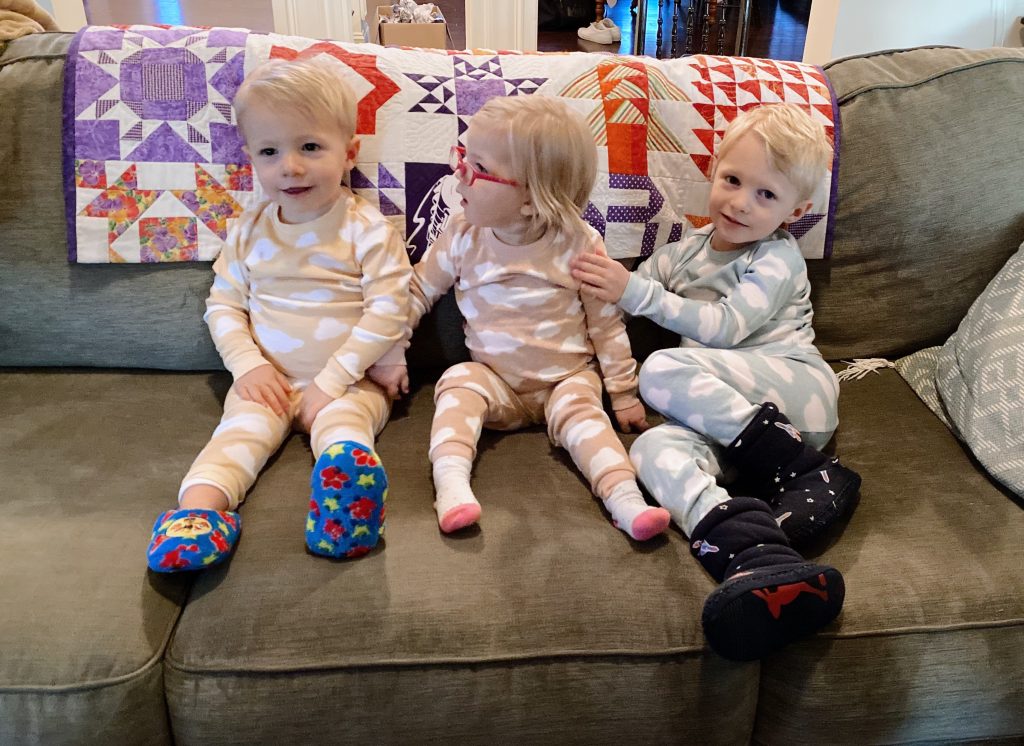 (Cousins in the matching cloud jammies I couldn’t resist ordering them from Amazon!)

Day in the Life: Our Monday

And now for the “meat” of today’s blog post: A recap of our Monday!

I managed to snap pics all day long yesterday so if day-in-the-life style blog posts are your thing, scroll away and join me please!

I opted to sleep in on Monday which did nothing for my productivity but was 100 percent necessary for my energy levels. I was up way too late with my family all weekend and awake only a few hours later with the boys Thursday through Sunday morning and after crashing hard at 8:30 p.m. on Sunday night, I knew my body needed rest. I felt like a new woman on Monday morning!

I woke up at 6:15 a.m., made myself coffee with frothy coconut milk and collagen, ate a chocolate chip sweet potato muffin, spent some time doing my daily devotional and then said goodbye to Ryan as he headed off to work a little before 7 a.m. I spent the next 20 minutes or so catching up on emails until Chase was up for the day. After he got dressed, we read some stories in his room before heading downstairs to work on cards for his teachers in honor of Teacher Appreciation Week at his preschool. 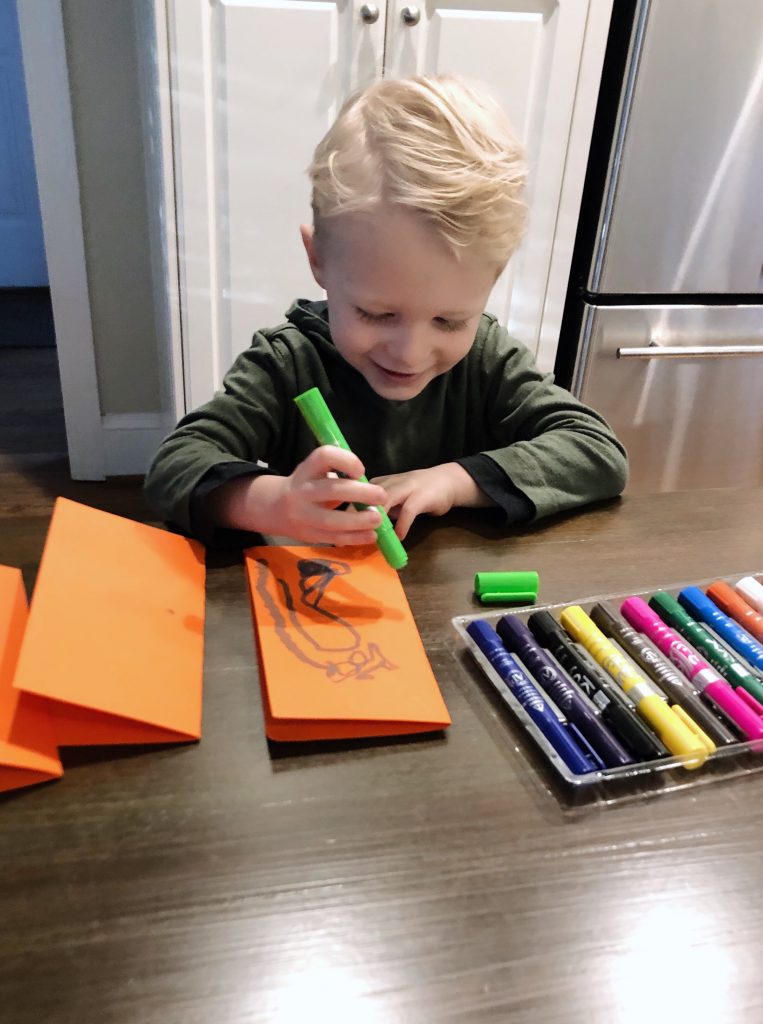 He put his Valentine’s Day Kwik Stix paint pens to good use (those things are amazing!) and drew race car tracks on their cards before I helped him write down three things he loves about his teachers.

Ryder was then up for the day and Chase wanted “private time” with his brother in Ryder’s crib which gave me the chance to quickly change into my gym clothes and brush my teeth before we all headed downstairs for breakfast. 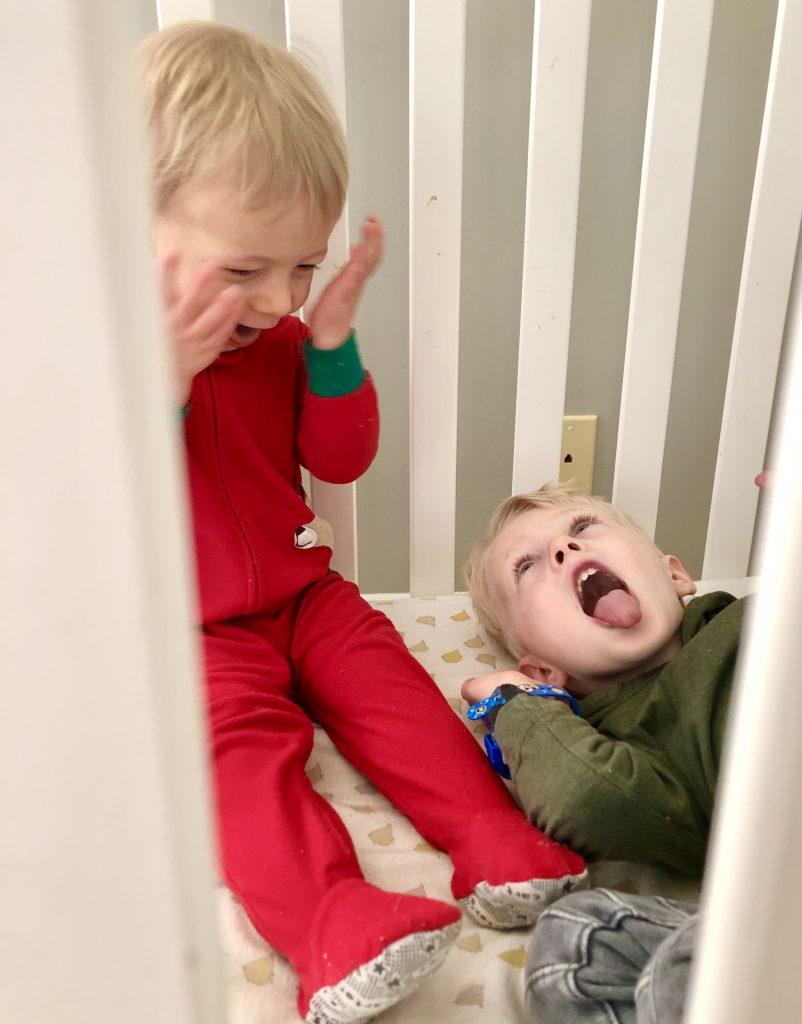 The boys’ morning “private time” looks like a lot of silly faces, giggles, high-pitched noises and craziness in Ryder’s crib. Whatever floats your boat, guys!

Once we were all downstairs, the boys ate breakfast and played for a bit before it was time to head out for preschool drop off. My stomach started growling again, so I quickly heated up some oatmeal in a mug to take with me on the go. 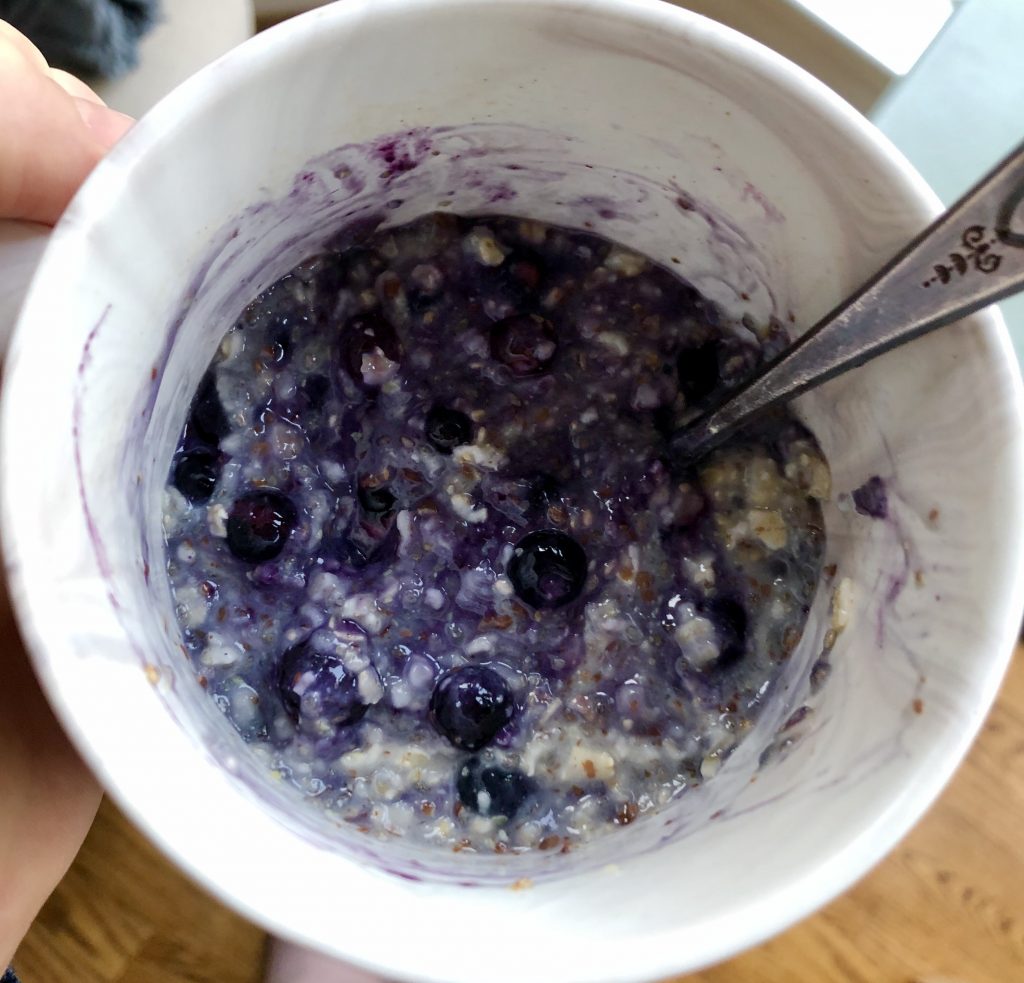 Yesterday’s oat mixture looked like oatmeal microwaved in almond milk with ground flax seeds, chia seeds, cinnamon, peanut butter and frozen wild blueberries. So good! This combination has been a staple around here for me over the course of the past few weeks.

After preschool drop off, Ryder and I high-tailed it to Burn Boot Camp where I completed this total body workout: 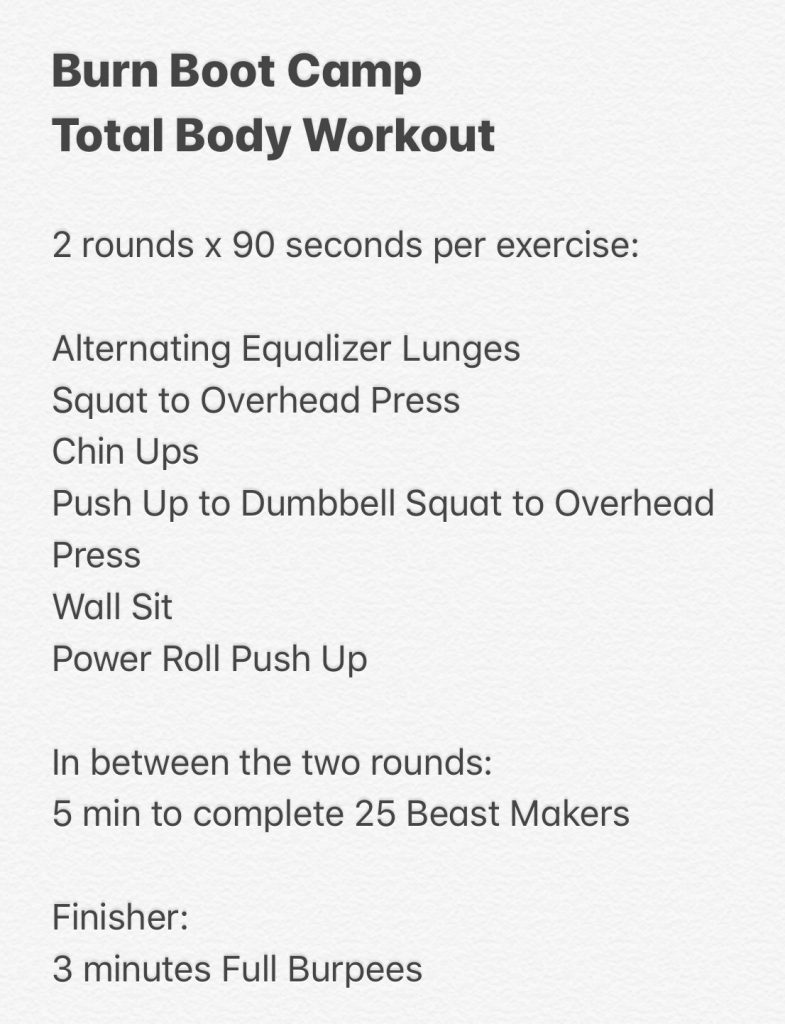 Workouts were rather sparse around here last week so it felt especially good to work up a sweat. Once the workout was over, I scooped Ryder up from childcare and we made it to MyGym for the toddler class which is basically his favorite thing on the planet. 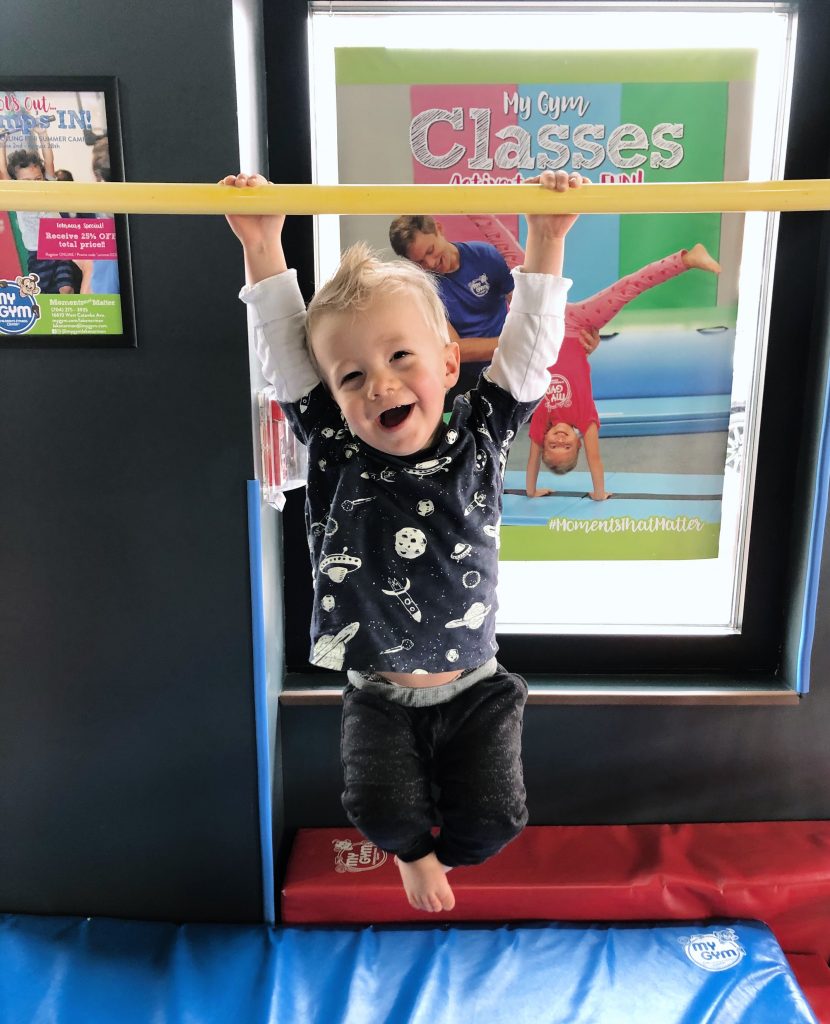 He’s now in the class with the sons of a few of my close friends which makes this class all the more fun for me, too! We all love watching our kids run around and have the best time together! 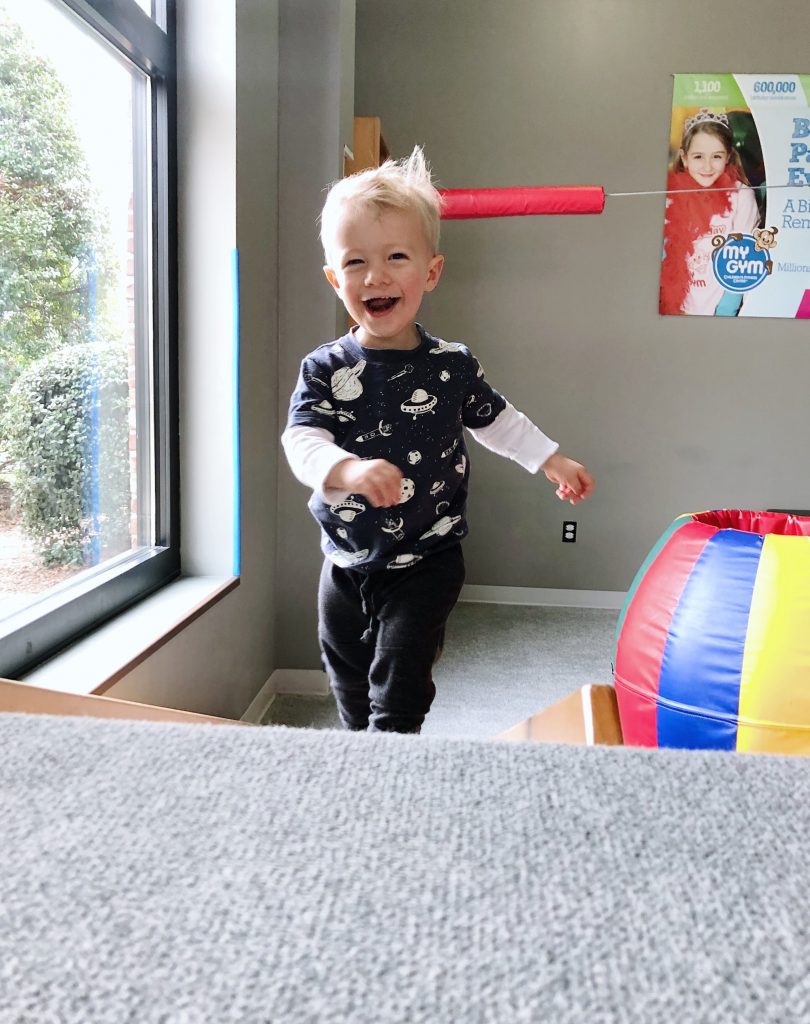 I’m so, so glad we discovered MyGym last summer because it’s been so nice to have an activity to do with Ryder during Chase’s preschool that feels like it’s just for him.

Our Monday morning ended up being a rather busy one because after MyGym we made our way back to Chase’s preschool for a show by the Children’s Theatre of Charlotte. Parents and siblings were invited to attend and I knew Ryder would be all about it especially since he could watch with his big bro. 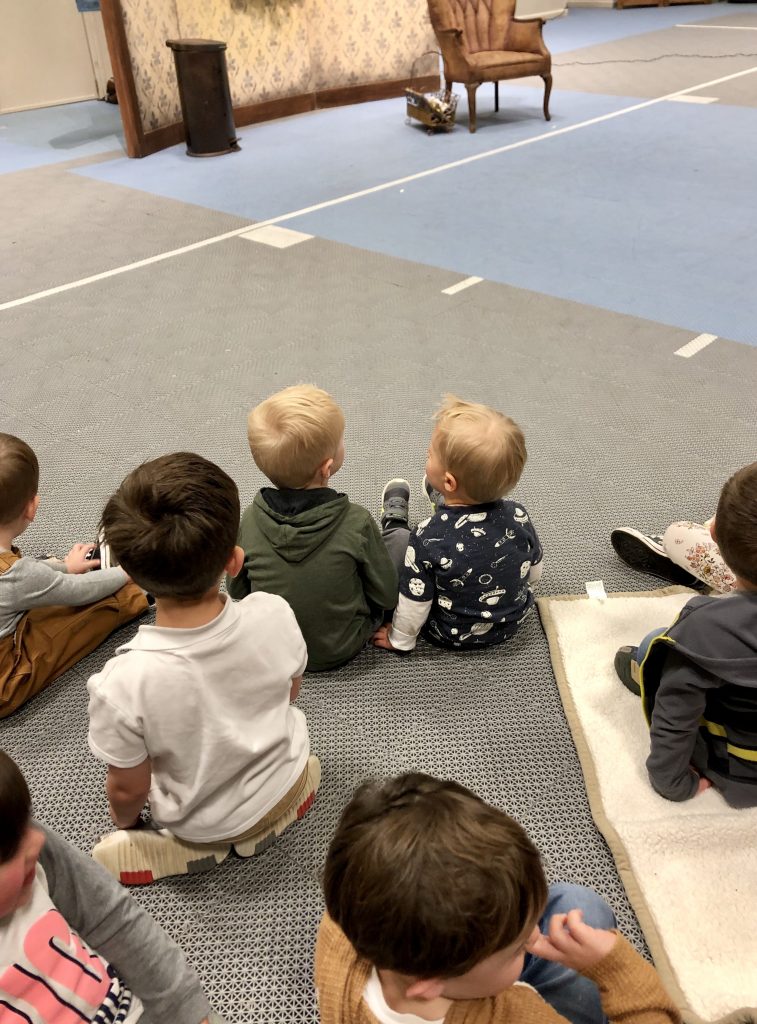 We made our way home after the show and after lunch for the boys, Ryder went down for his nap while Chase and I made “snow” together using a powder mix I found at Target a while ago. I also whipped up a quick sandwich for myself with turkey, avocado, Dijon mustard, mayo, cheese and lettuce. 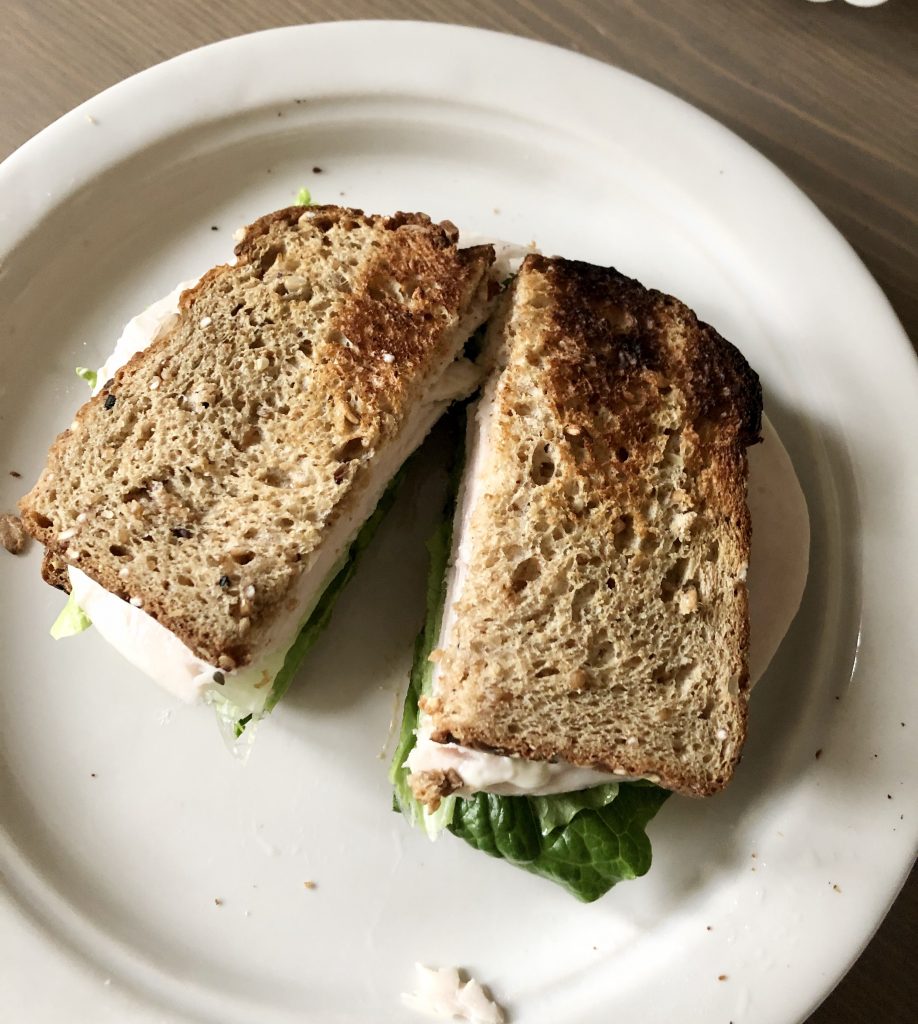 Served with unpictured Simple Mills crackers since I ate those straight out of the box!

Chase then spent some “quiet time” in his room while I got some much-needed work done before Ryder was up and we were off to a local park for soccer! Chase is doing Soccer Shots again this spring with a bunch of his friends and yesterday was his first practice. 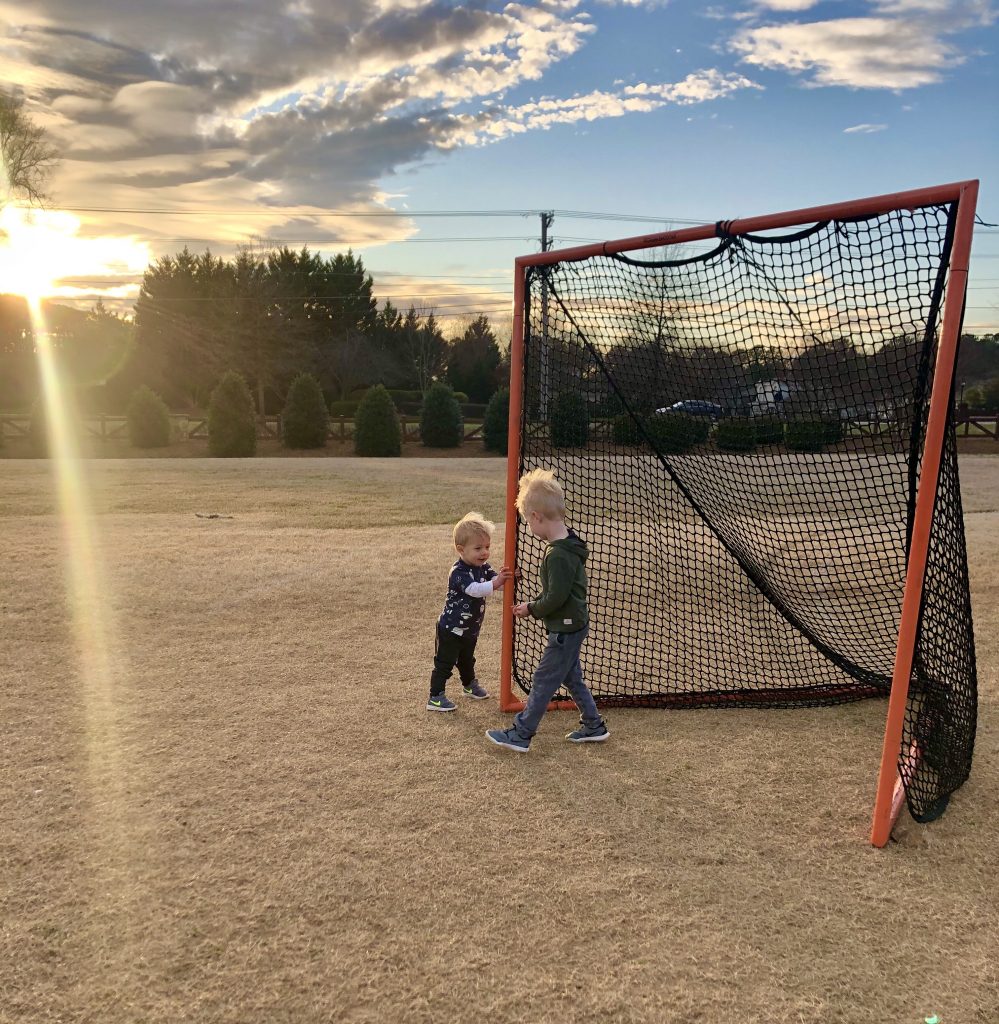 He was so excited to be back!

After soccer, we spent some time on the playground so the boys could run around and get some more energy out before it was time to make our way home for dinner, bath time and the whole bed time routine.

Dinner last night was a throw-together meal and looked like a microwaved bag of frozen quinoa + kale stirred together with black beans and the green tahini sauce I cannot get enough of right now. 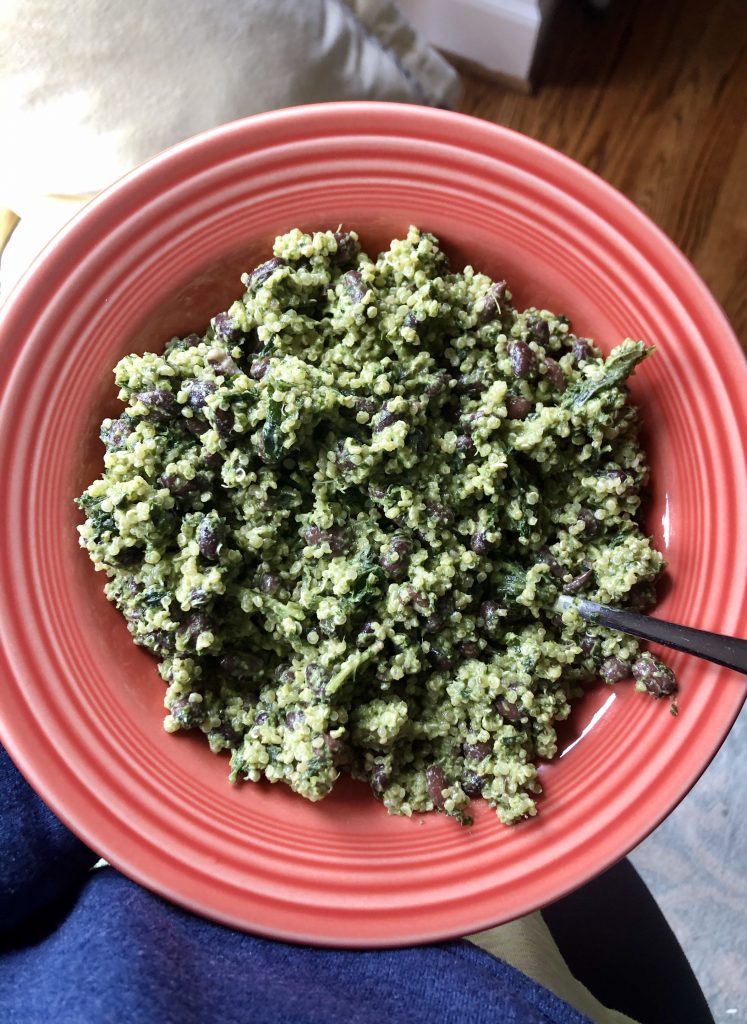 Ryan arrived home from work about halfway through the boys’ baths so we divided and conquered the rest of their bed time routine (story time, prayers, teeth brushing, etc.).

We were all done settling the boys right around 8 p.m. and spent the rest of our evening catching up before heading to bed ourselves to read until our eyes could no longer stay open. I recently began reading Kick, the biography of JFK’s younger sister, and as someone who knew basically nothing about her going into this book, it’s proving to be a very interesting read.

Our plans for today look a lot like yesterday and include a lot of the usual weekday shenanigans. I hope you guys have a great Tuesday and thanks so much for stopping by the blog today!