Hello from the sky! I am currently typing away in in the air as we make our way from Dallas to Oahu, though I’ll be publishing this blog post once we land in Hawaii and I have access to the internet again.

We’re expected to land around 2:30 p.m. in Oahu or 8:30 p.m. Ocala-time. Ryan and I are planning on powering through the time difference and staying on Oahu’s schedule from the get-go to make adjusting to the time change a bit easier in the long run. We’re hoping to grab dinner around 7 p.m. which is 1 a.m. Ocala time! Yikes!

Our morning began bright and early (or should I say dark and early?) at 4 a.m. in Ocala. We made sure to have our bags ready to go at the door, so after a quick change out of our pajamas and into comfy travel clothes, we made the drive to Tampa to catch an early flight to Dallas where we had  layover on our way to Oahu.

A hoodie and extra long scarf that doubles as a blanket are necessary travel items for this girl because I am always freezing on any airplane.

In case you are wondering how my fearful flying partner is faring on our trip, he’s doing really well. I got a little nervous about Ryan’s ability to handle the long flight yesterday when he mentioned that he Googled a way to get to Hawaii that avoided flying. I laughed at this image: 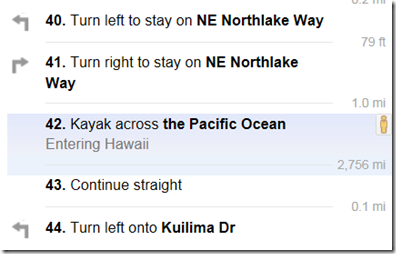 Kayak across the Pacific Ocean. No biggie.

Ryan boarded the plane equipped with ear plugs (he says they help him ignore some of the little noises that freak him out), a snazzy neck pillow and a new book. 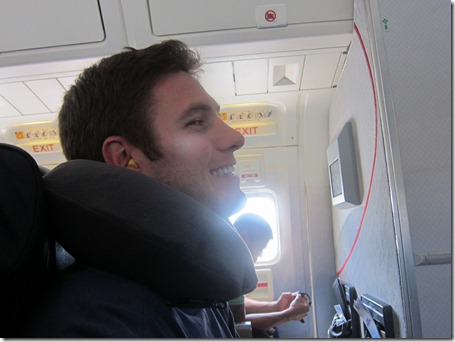 Have you guys ever traveled with one of those neck pillows? I thought they were ridiculous until my mom let me try hers and I was instantly smitten. They make sleeping upright much more feasible.

Our flight from Tampa to Dallas was  a smooth and relatively empty one and we arrived in Texas ahead of schedule around 9:30 a.m. 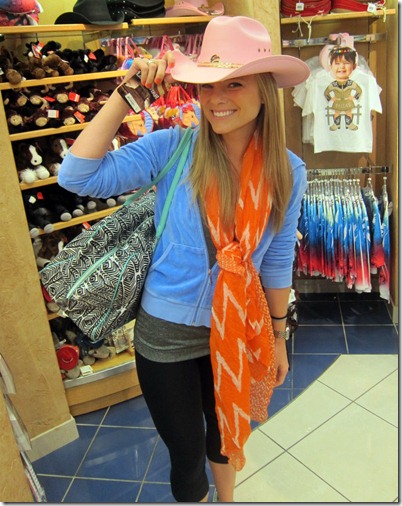 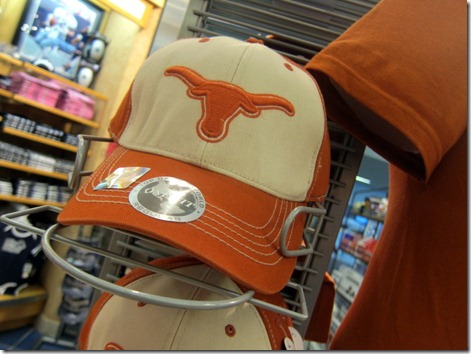 Since it had been a solid four hours since I ate breakfast, I was more than ready to dig into a morning snack when we landed. 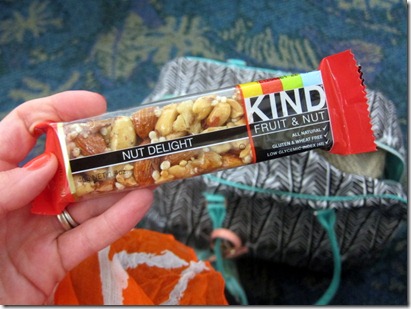 I ate a KIND bar and it did a great job of tiding me over until lunchtime.

Our flight from Dallas to Hawaii ended up being delayed by about 45 minutes and even though we knew lunch would be served on the plane, we decided to grab something to eat at the airport and eat our airplane lunches around our Ocala dinnertime.

Since I had a feeling our airplane lunch might not include the most nutritious options, I was on a mission to find something healthy and ended up buying a chicken salad. 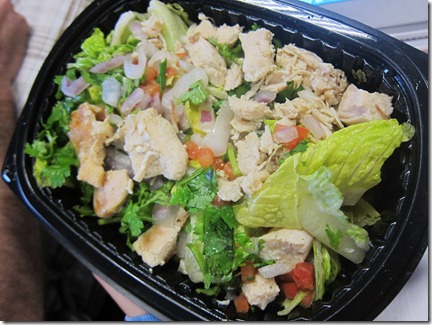 It wasn’t as hearty as I was hoping it would be, so I dug into the bag of raw cashews I packed which kept me satisfied until our airplane lunch was delivered.

Aside from typing up this blog post, my time on the plane has been spent watching What to Expect When You’re Expecting (I thought it was cute, but not a “must see”), perusing the incredibly fantastic Sky Mall magazine with Ryan and reading A Secret Kept by Tatiana de Rosnay. 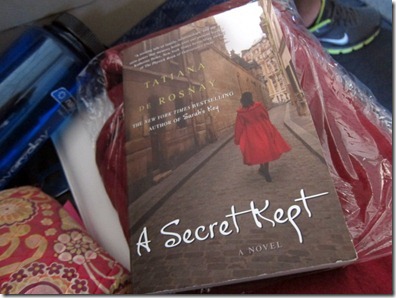 I started the book on our first flight to Dallas and ended up finishing it on our current flight. I thought the book was entertaining enough to hold my interest, but it was not nearly as captivating as Sarah’s Key, the first book I read by de Rosnay. It’s a pretty fast read, but I missed the historical fiction component that I adored so much in Sarah’s Key.

The pilot just announced that we’re about 25 minutes away from landing! I’m ready to get this vacation started!