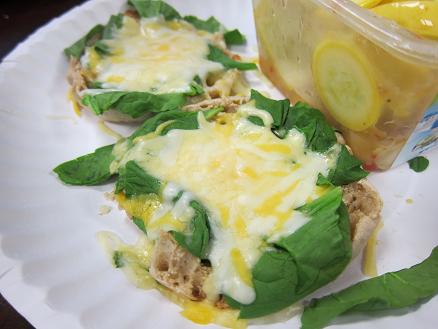 I was expecting to be majorly disappointed, but I actually enjoyed the combination a lot and didn’t miss the sauce too much.

On the side I had two sliced yellow squash (not squashes) topped with Italian dressing and a tumbler full of Tazo sweet cinnamon spice tea. 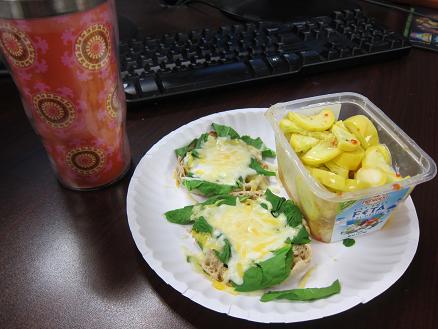 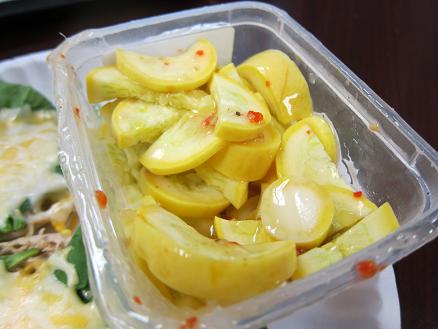 Purdy darn good lunch if you ask me!

Onto some workout fun…

After receiving confirmation from you guys (Annette + Candice) this morning, it looks like the BodyPump release I tackled during my workout was the latest release. I figured I would go ahead and do my first-ever BodyPump release review on the ol’ blog since a bunch of you asked what I thought and are looking forward to the debut of BodyPump 77 at your gym!

It was a doozie!

« Throw on a Sundress
Sadie Has Highlights »