Navigation
Hi friends! I am back in North Carolina after four and a half days with my family in Florida. As I mentioned in my Friday post, I drove down to Jacksonville with the boys on Wednesday afternoon to surprise my niece, sister and brother-in-law for Callie’s first birthday! 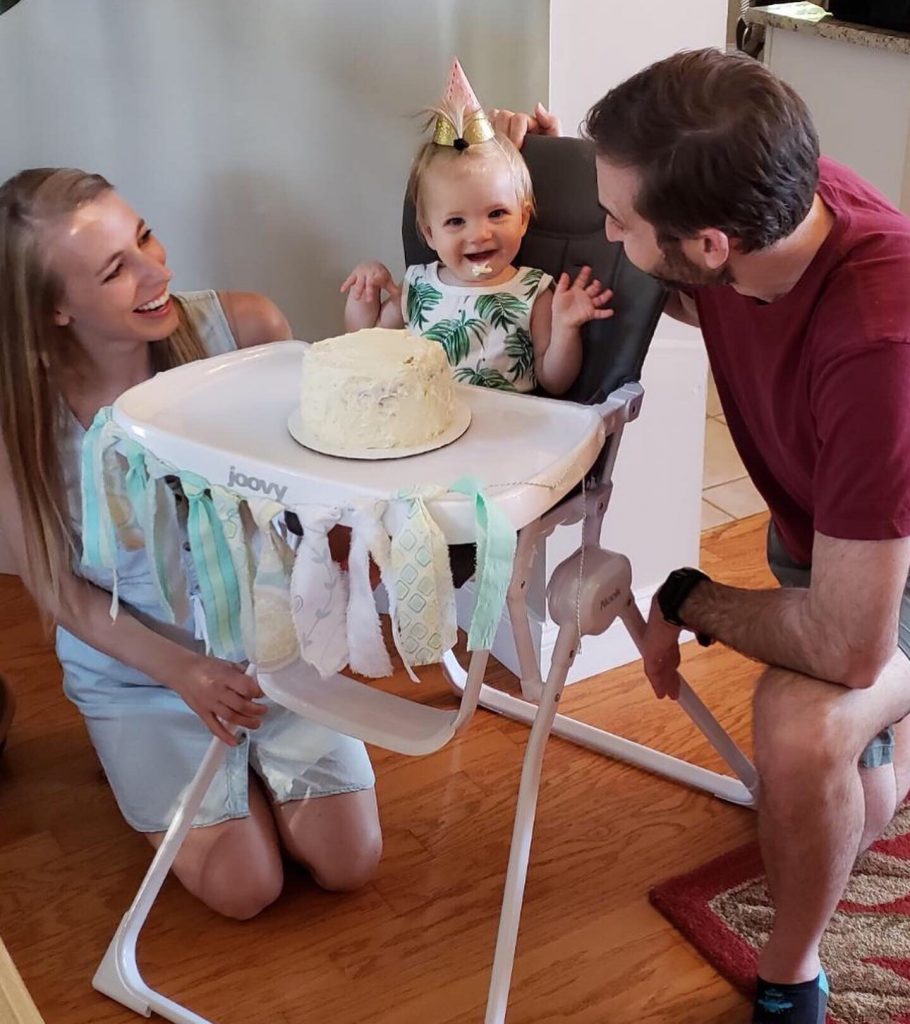 Her birthday was Thursday but the celebration of her special day bled into the weekend and I’m so glad we were able to be there for her party.

Saturday morning began with some cake baking! Chase and I made Callie a vanilla smash cake (plus some cupcakes) while my mom tackled the vanilla bean frosting. 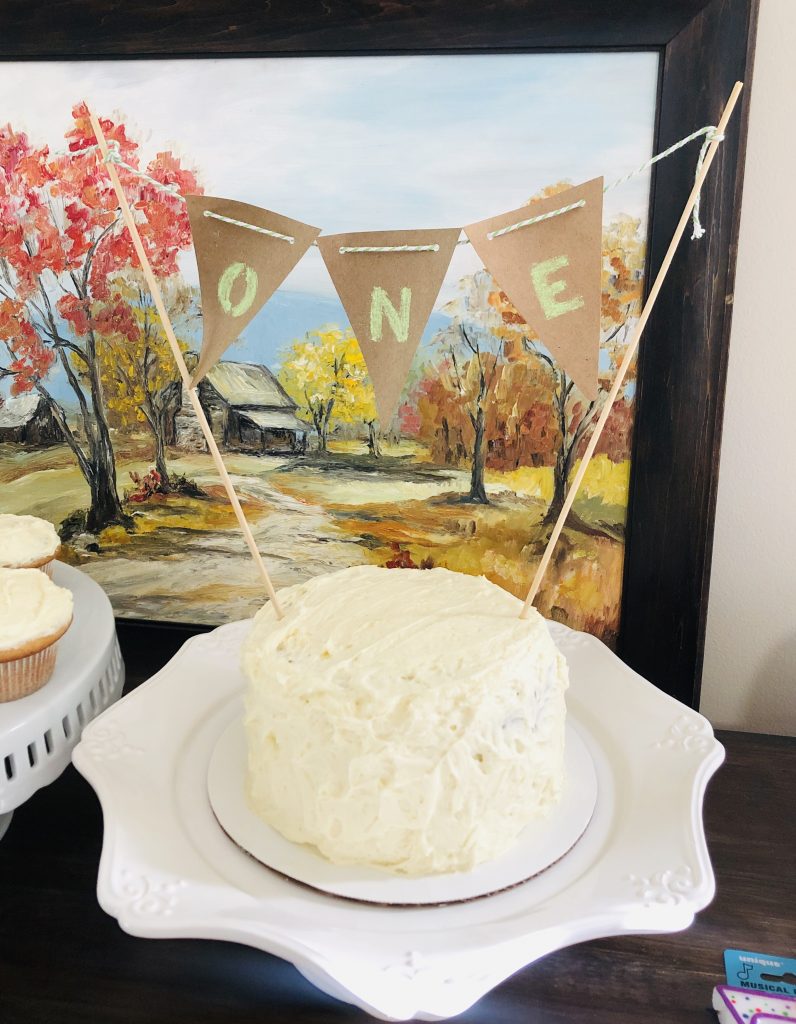 We followed this recipe and everything was fantastic. (A quick note: The recipe calls for Einkorn flour and if you attempt to make this recipe, make sure to keep that in mind. Einkorn wheat/flour is different from regular flour — I’ve been doing a lot more baking with this flour and can absolutely dive into the “whys” behind this if you’re curious — and baking with it can be a little different.)

Once the cake was baked and cooling, we took our crew out to the beach where we met up with my sister, Ross, Callie and Ross’ mom who also drove in town to celebrate Callie’s birthday! 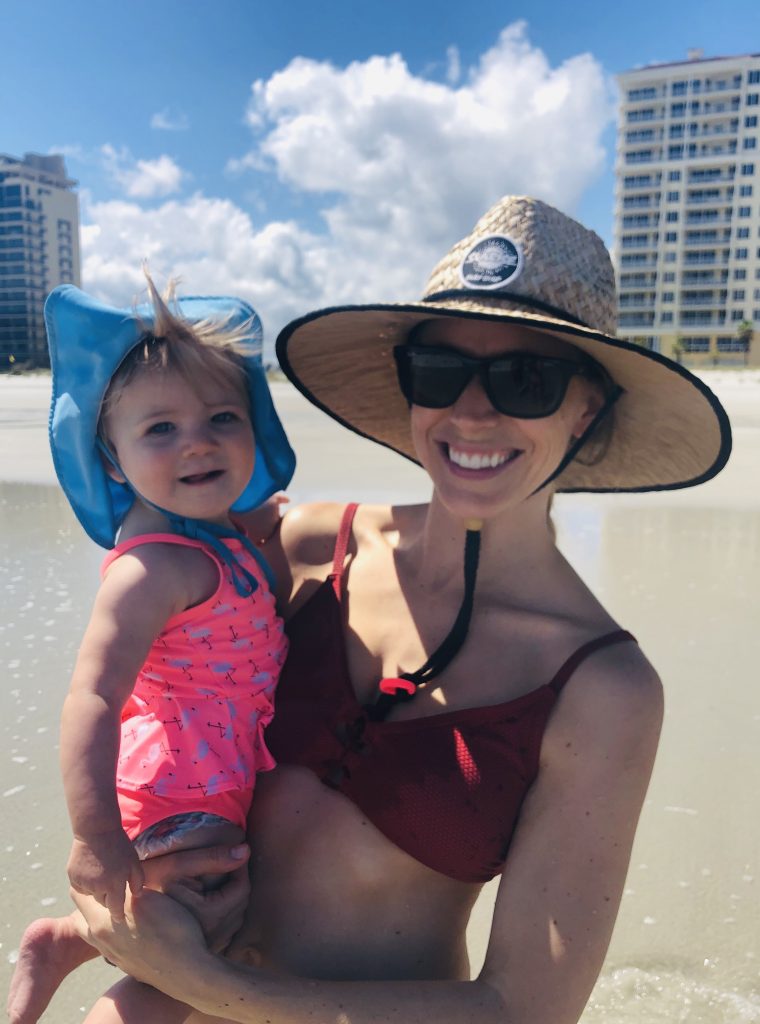 We spent most of the late morning/early afternoon on the beach until we figured the kids could use a nap before Callie’s party. 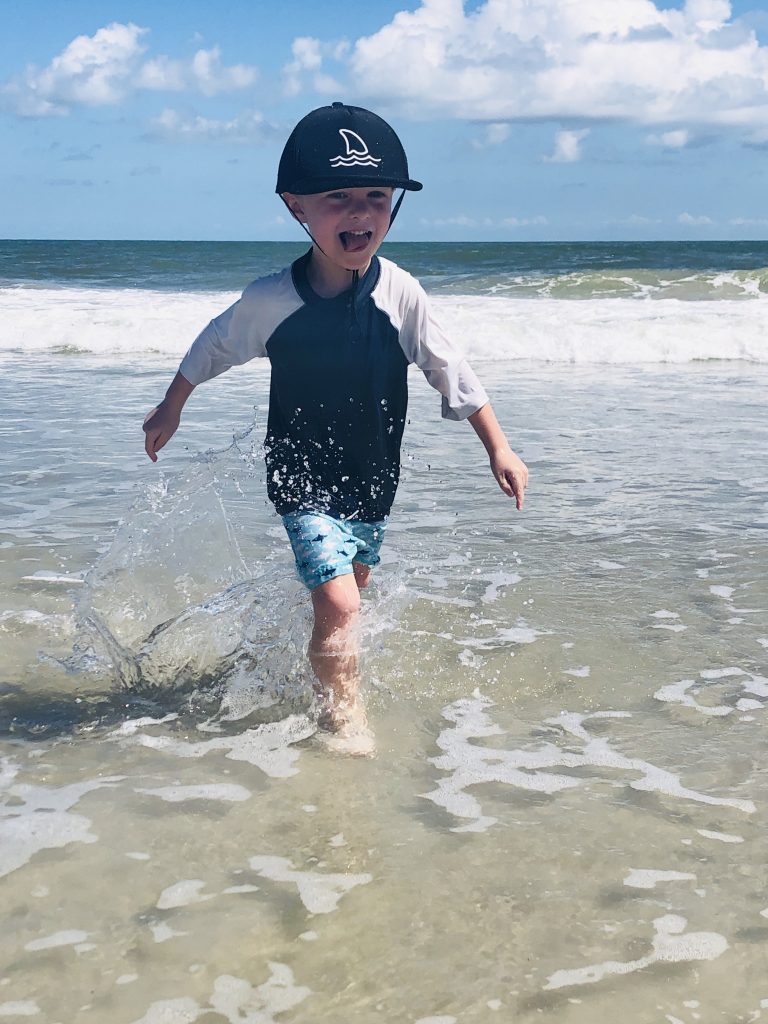 We said goodbye to Leslie and her crew as they headed home to tackle some some party prep. Ryder slept soundly in his pack ‘n’ play at my parents’ place while Chase hung out with the adults. 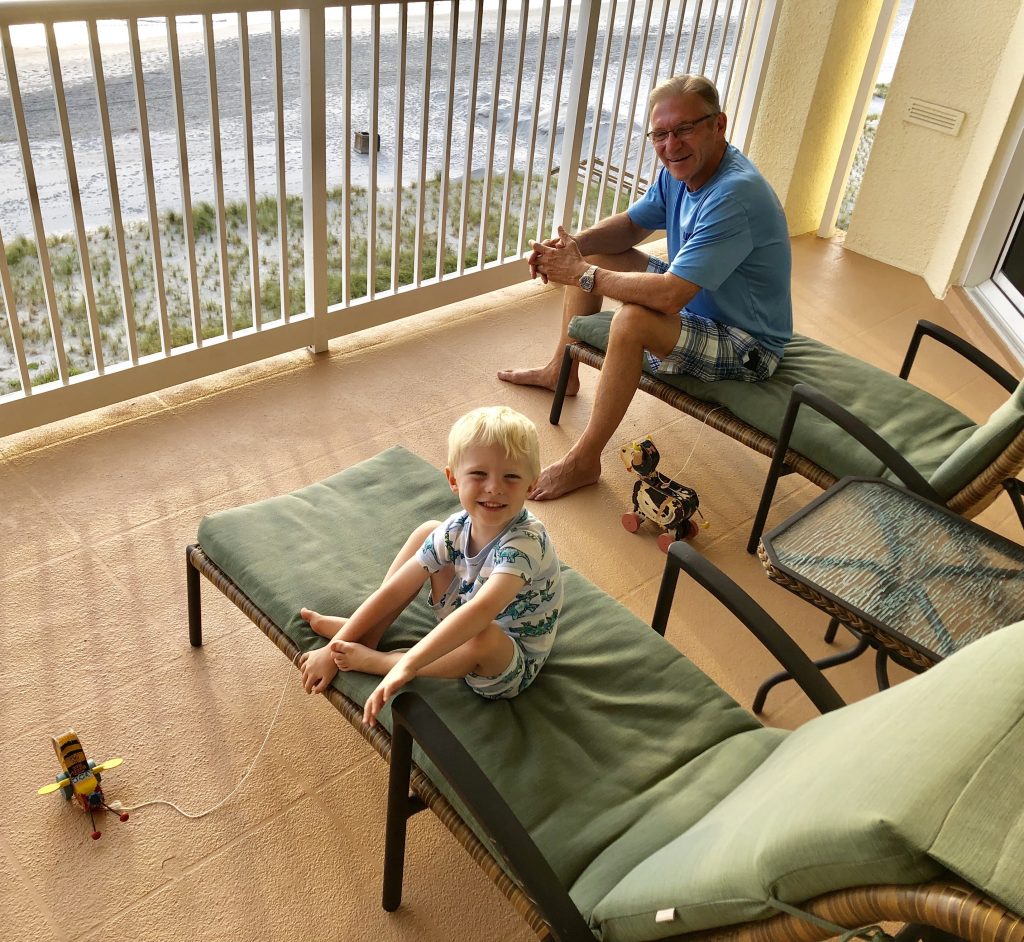 (In case you’re wondering, the pull-toys hanging off the lounge chairs are the “anchors” to Chase and my dad’s speed boats.)

Eventually it was party time and we arrived with balloons and food and two energetic boys who, once again, couldn’t wait to see the birthday girl. 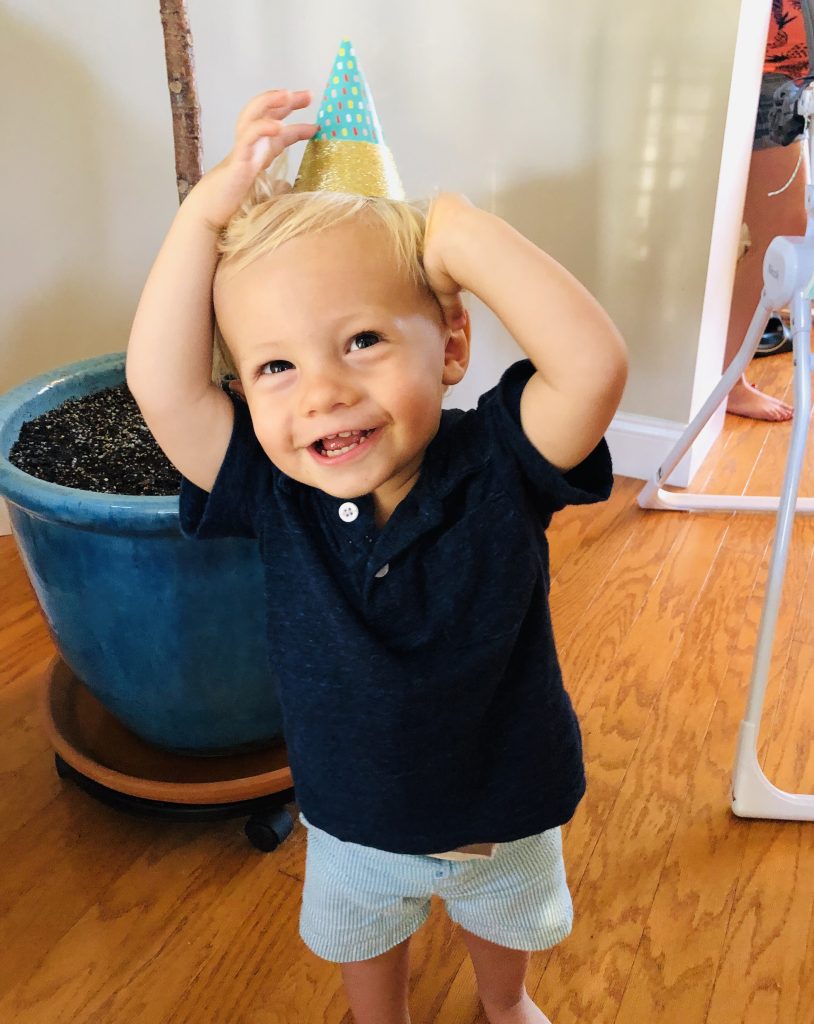 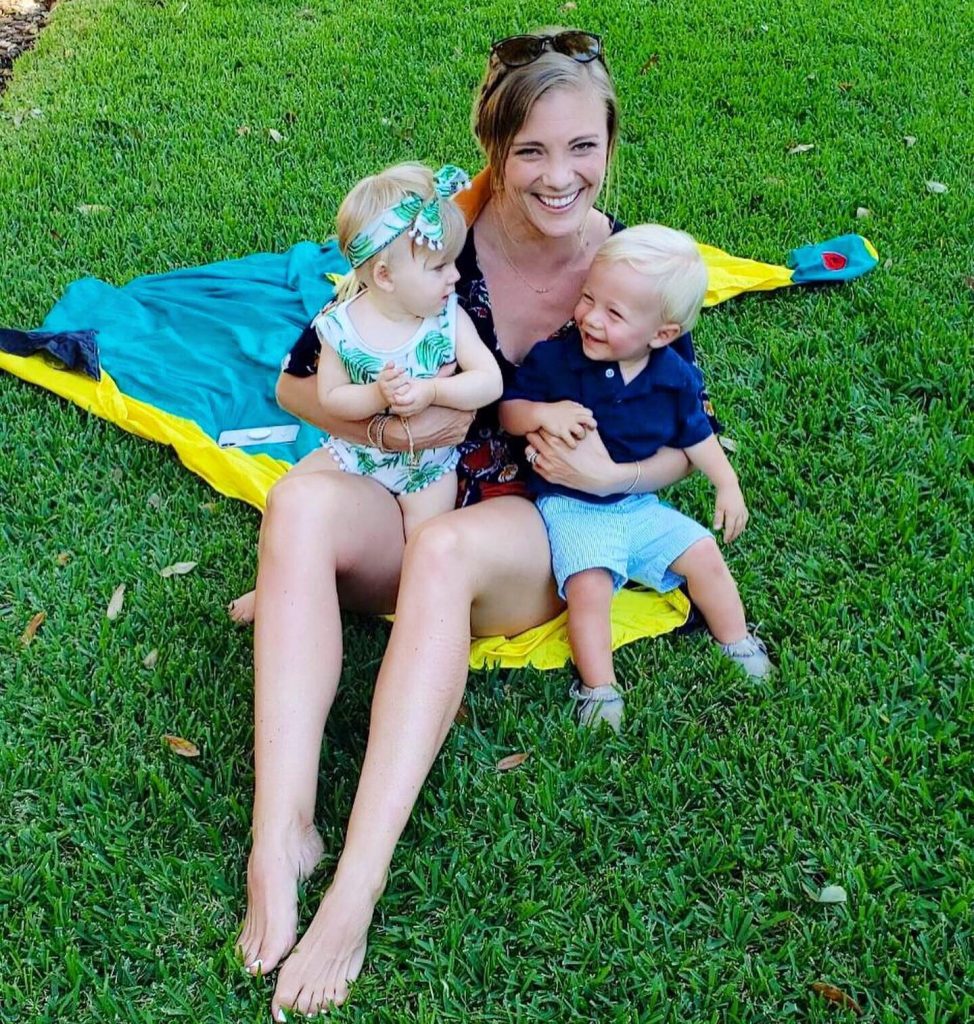 I cannot tell you how sweet it is to see just how obsessed Chase is with Callie. He constantly talks about her at home and thinks about her a ton and I know he was beyond psyched when Leslie asked if he wanted to help Callie blow out her candle on her birthday cake. 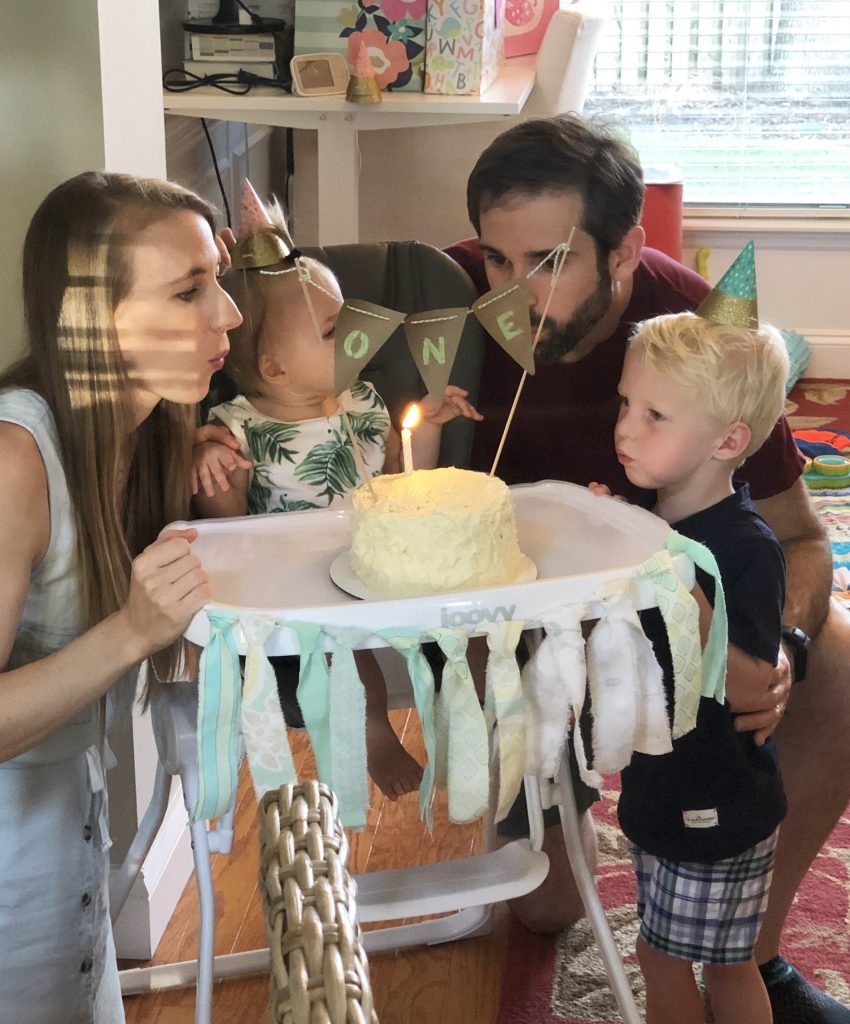 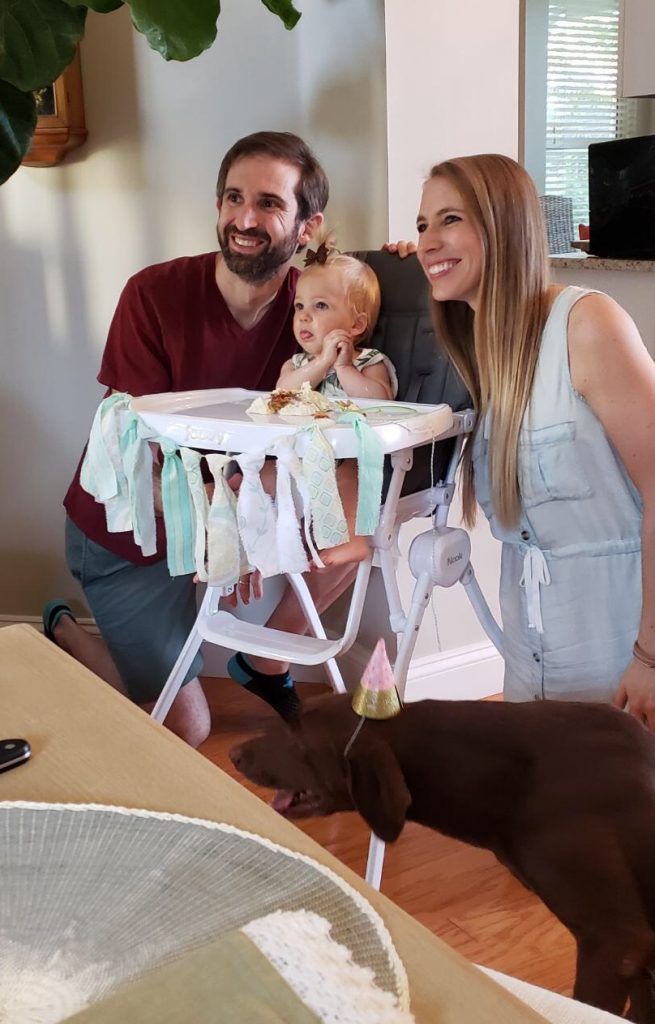 I’m not sure when the smash cake tradition began for a one-year-old’s birthday but I hope it’s around forever and ever. I always get such a kick out of seeing out of seeing how the birthday girl or boy reacts to their first taste of cake and Callie had all of us laughing when she went in for her cake tongue-first! 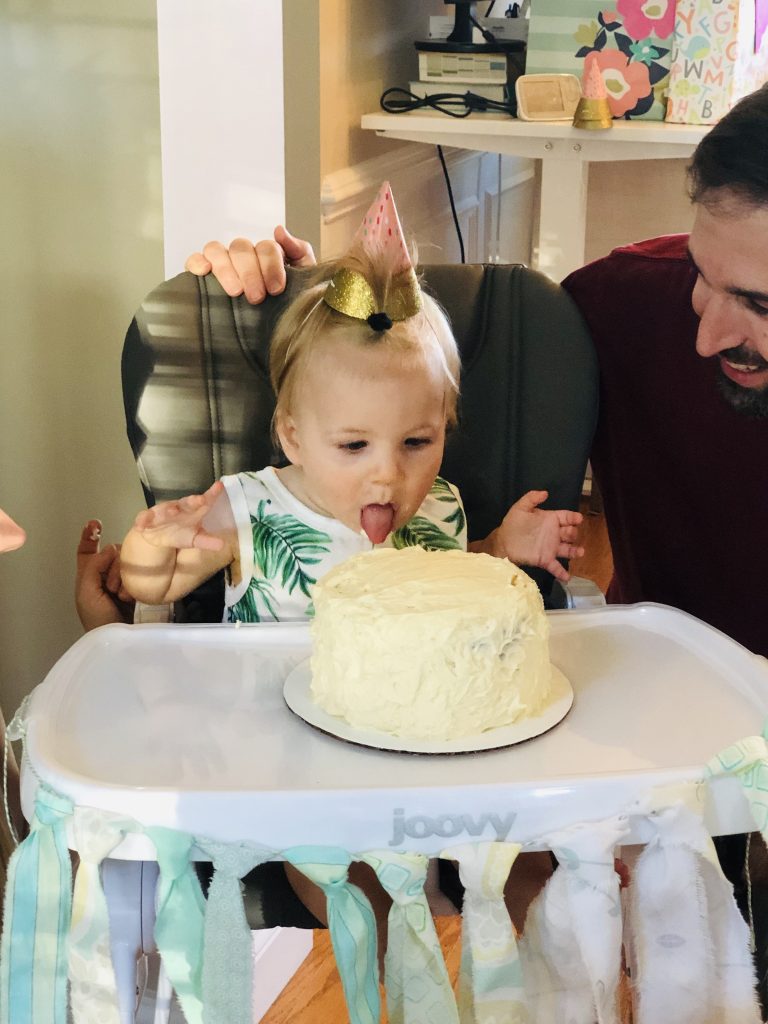 We hung out at the party right up until it was time to put the boys to bed and said our goodbyes which weren’t quite as hard as usual since we have plans to be back down in Jacksonville at the end of October. 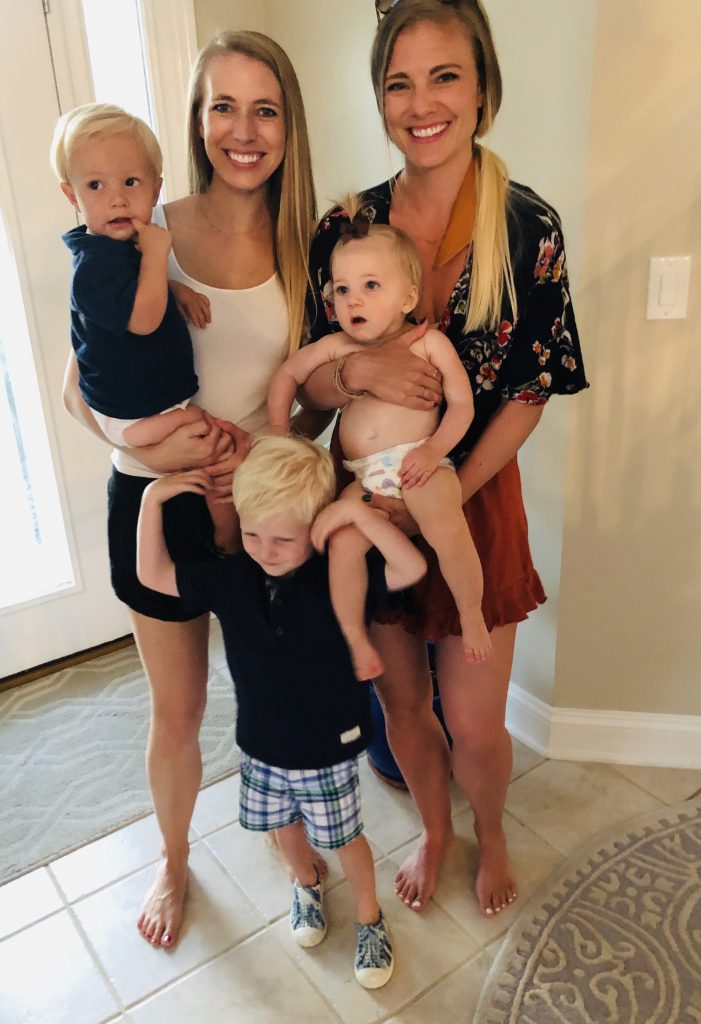 And yes, that was the best picture we managed to get of me and my sister and our kids all weekend. Oh the mayhem!

Sunday morning began at 5 a.m. I set my alarm and managed to get two sleepy boys settled into their car seats. My grand plan was to mirror our travels home from Florida a few months ago when we hit the road early and the boys dozed in the backseat for several hours. Well, that did NOT happen this time!

You would’ve thought I gave Chase and Ryder cups of coffee before loading them in the car because they were wide awake and just as chatty as can be for the first few hours of our drive! At least they were in good humor! The drive back home was a little rockier than our drive down to Florida — it took us a solid 75 minutes longer and we stopped a total of four times — but we made it!

And here’s a peek into what Ryder’s side of the car looked like when I opened his door after we arrived home: 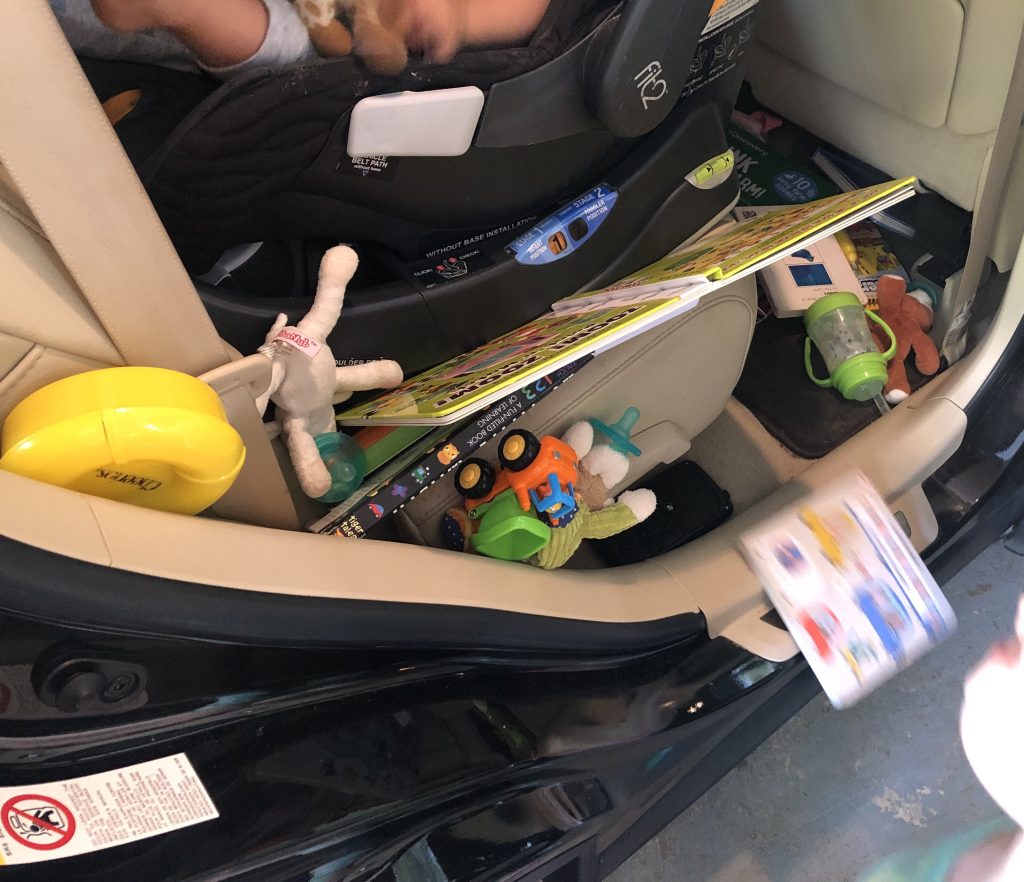 Toy and board book mayhem! Can you tell he loves chucking things to his left side whenever he’s done with them?

We were all beyond psyched to see Ryan and Sadie when we arrived home. I was also pretty darn stoked to walk into a beautifully clean house and actually thought of you guys and some comments I received from those of you who had children on an old blog post from 2010. I talked about love languages and at the time I was newly married and didn’t have children and “acts of services” was the lowest on my list. A handful of you chimed in to say “just wait until you have kids” and OH MY GOSH were you right. I was and still am all about “quality time” but “acts of service” has definitely bumped up a few rungs. If Ryan cleans our house or tackles some kind of a household project, it means 10,000 times more to me than a surprise bouquet of flowers. Vacuum our floors and I’m all yours! Ha!

With the house nice and clean, I used the boys’ nap time to tackle laundry from our trip and then set up my laptop beside Ryan on the couch where we both did some work as we watched football (aka ate football game day snacks). Only 30 minutes of sleep during a 7.5 hour drive lead to SOLID afternoon naps for both boys so I also had time to do a little meal planning.

Here’s what our menu for the week looks like:

As for the week ahead, I have a feeling this one will pass by in a bit of a blur. I have more travel on the agenda later this week and then Saturday is Ryan’s birthday! Hope you all have a good one!