Navigation
I found myself Googling whether or not I could still refer to Chase as a toddler on his third birthday on Sunday and the answer according to the wise old internet is no. While some sources say children are toddlers until they’re four years old, when I think about a toddler, I picture a clumsy little one toddling around and that most certainly is not Chase anymore. So I guess he really is a little kid now!? 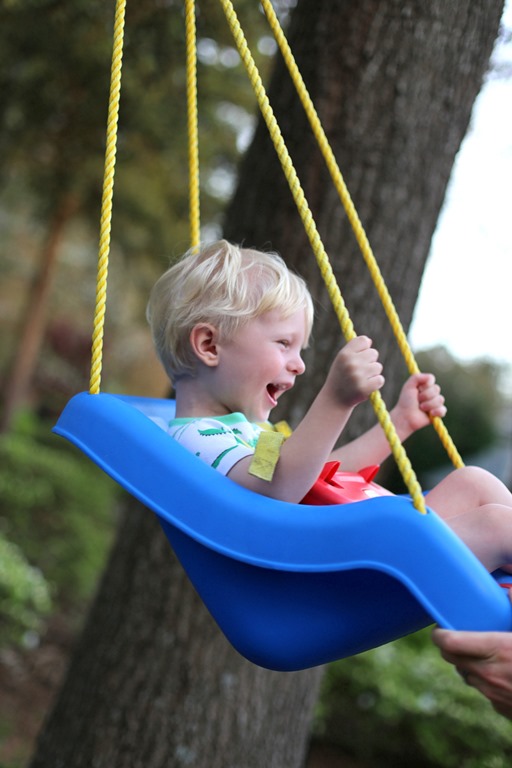 I know every parent says it so I’m going to follow suit and say I cannot quite believe my first born child is officially a three-year-old kid and no longer a baby or a toddler. HOW!?

I started sharing monthly updates about Chase when he was a baby and slowly decreased their frequency once he grew up a bit. I don’t have a plan for updates for Chase or Ryder in the future but will likely share as often as I feel the urge to update and address how things are going with our two boys. (I have my first Ryder and postpartum update in the works and hope to share it soon!) For Chase, I see updates happening twice a year or so which is fitting since I shared my last 2.5 year old Chase update on the blog back in January. 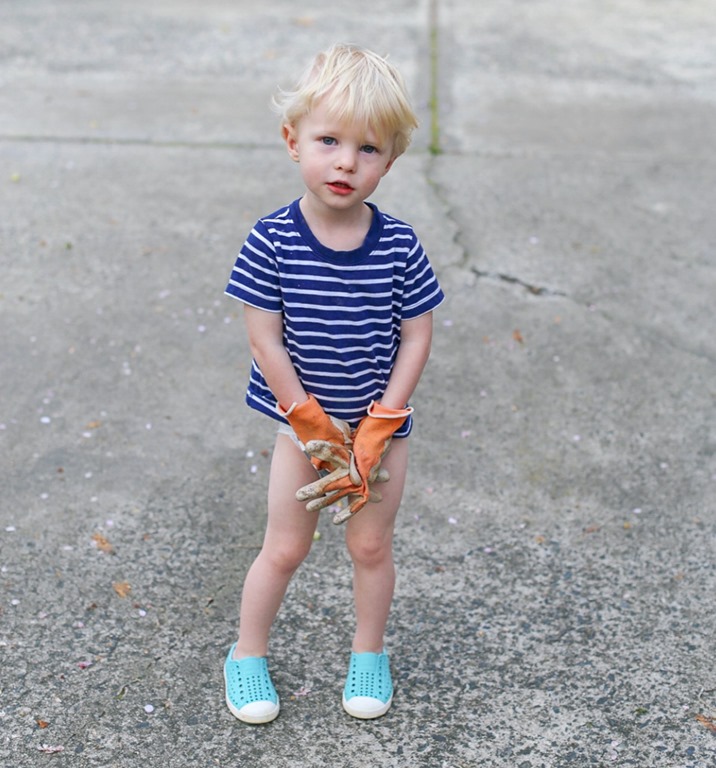 It’s crazy for me to think about how much has changed with Chase since his second birthday. He’s now talking a mile a minute and asks a bazillion questions a day. When Chase is awake, he’s almost always running and talking and things definitely feel crazier than ever around here. One of my favorite personality traits Chase possesses is his intense curiosity and he seems to genuinely love learning about anything and everything. He’s especially interested in whales, sharks, space, dinosaurs, airplanes, fire trucks and cars. 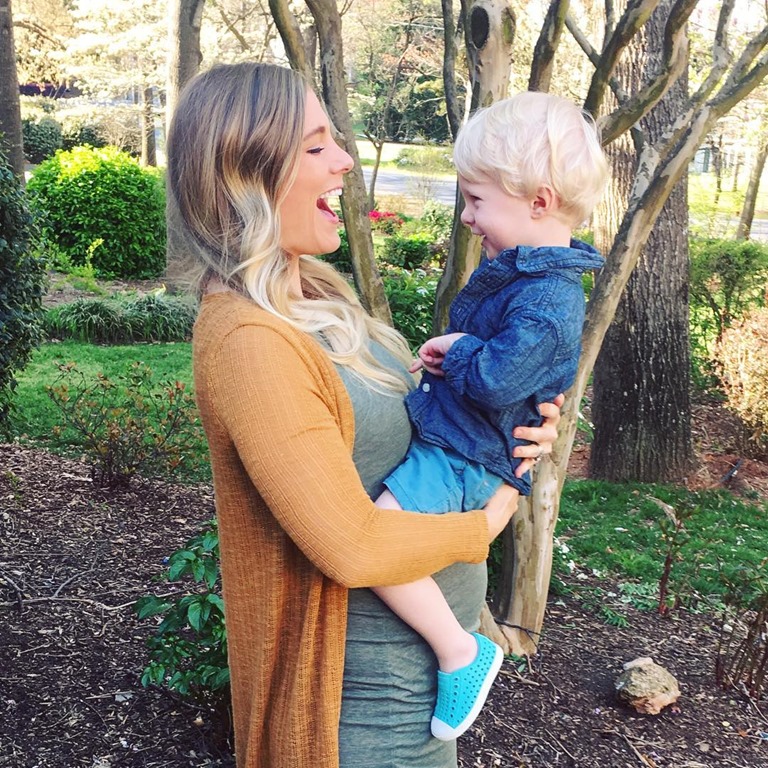 Chase continues to be incredibly social and loves playing with his friends and other children. Big kids are intriguing him more and more and if a big kid ever takes Chase under his or her wing at the pool or park, he is in heaven. Chase needs to know everyone’s name at all times and remembers almost all of them. He loves singing, dancing, playing and running. (He will honestly turn to me and say, “Mom, do you want to run with me?”) His energy knows no bounds and I truly love how joyful and excited he is on a daily basis.

As the months (okay, years) go on, I am relaxing more and more about Chase’s eating. Yes, I still get stressed about him actually consuming food since he would always, always rather play than eat and he’s still very light for a three-year-old but he’s been growing along his own little curve for three years now despite his lack of desire to eat so I suppose I should just learn to let it be and trust that he won’t starve himself.

As far as food go-tos, Chase loves bananas, berries, pumpkin muffins, chocolate chip larabars (I truly buy them by the case on Thrive Market), homemade popsicles (LOVE these for getting fruits and veggies in him in a fun way that feels like a treat), Simple Mills crackers, cucumbers, carrots, peanut butter and jelly sandwiches, pizza, apples, burgers, oranges, macaroni and cheese aaaand of course ice cream and anything with sprinkles and icing. 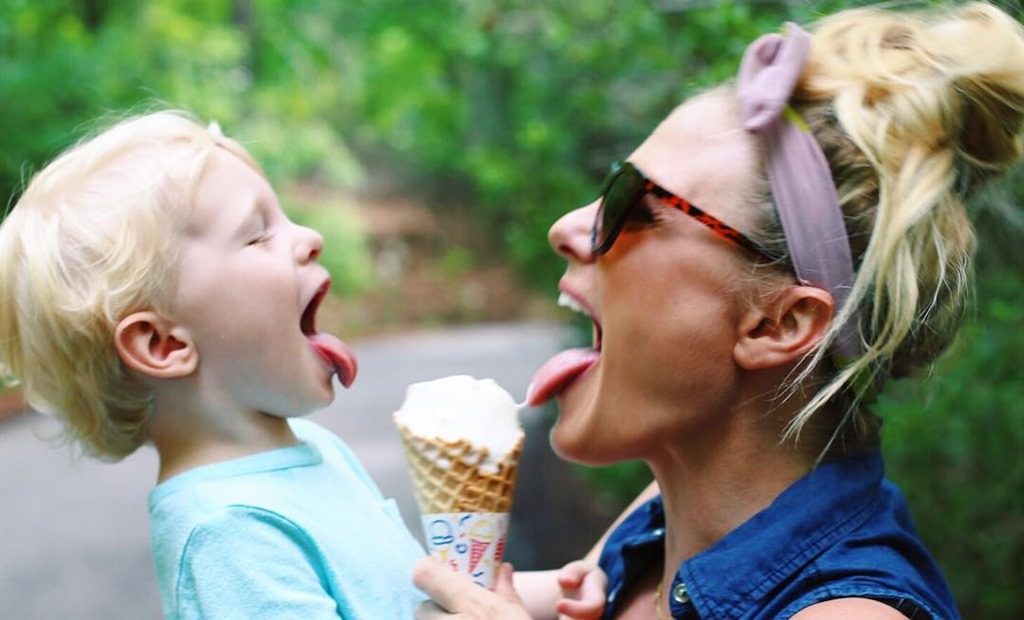 Lunch is generally his best meal of the day as far as food consumption is concerned and we struggle the most with getting him to eat at dinnertime.

I’m not sure if touching on sleep now that we have a three-year-old is really of interest but since Chase is still napping, maybe it is? I don’t know! Chase is such an energetic kid and does not stop moving and playing when he’s awake so I’m very grateful that he’s still napping for the most part even if it’s not every day. I’m actually working on this blog post as Chase is supposed to be napping and he’s currently in his crib singing, “We Will Rock You,” soooo there’s that.

So, while Chase clearly isn’t napping every single day, I can usually count on five days of decent naps around here. On the days when Chase doesn’t nap, I try to encourage “quiet time” and will let him read books in his crib. He’ll often do this for an hour or so and sometimes it morphs into imagination games with his stuffed animals. I don’t really care what he does in his crib during his “quiet time” but I do feel like most days he truly needs this time alone to rest after such intense play! 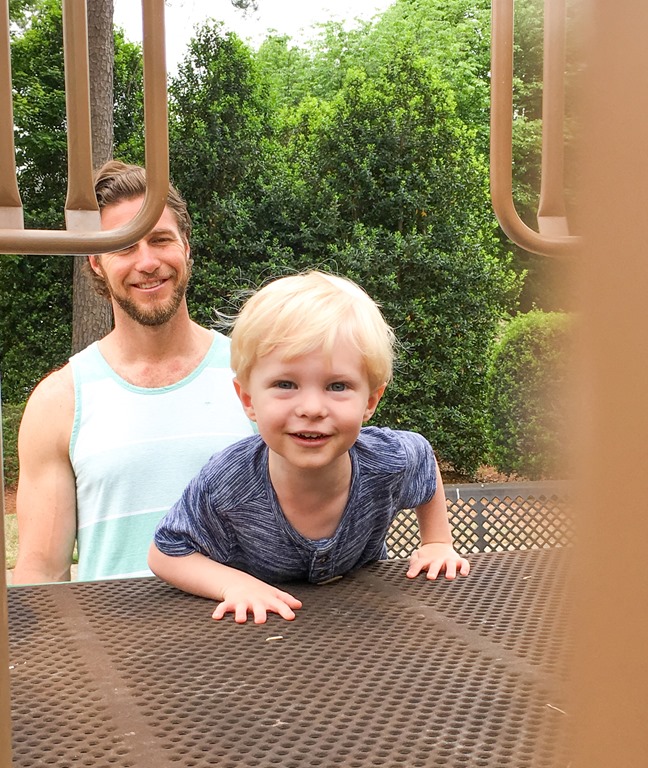 Sometimes Chase won’t nap and quiet time doesn’t happen but on those days he will often be in quite a mood by the late afternoon. We’re talking tears, whining and the whole enchilada. He’ll often be weepy and whiny up until dinner time which can really test my patience but I try my best to dial things back and stay home for a quiet afternoon when he’s acting incredibly fussy. I say all of this to say YES, he’s still napping and YES I think he still needs his naps. I am not sure when I can expect him to drop his nap but I’m definitely not pushing it!

Right now our biggest challenge seems to center around listening, particularly at the very end of the day/bed time. Chase seems to know exactly how to push our buttons and let’s just say the word “no” is his go-to response for many things these days. (He’s also a master negotiator.)

He seems to get a huge burst of energy and adrenaline the minute we say it’s bedtime (amazing how that happens, huh?) and will run all over the place, squealing and doing everything he can to put off bedtime and avoid brushing his teeth, putting on his pajamas, etc. Sometimes it’s hard to know what to do and how to respond but for the most part, staying firm and telling him that he has to listen or he won’t get as many stories before bed usually works but it can be incredibly draining to go through this whole shebang at the end of a long day.

As far as the whining, crying and general disobedience are concerned, two things that work better than anything (most of the time) include distraction or turning things into games and taking the time to slow down and talk with Chase about his feelings. When Chase is crying or throwing a fit, I find that when I simply ask him, “What are you feeling right now?” he’ll often calm down as he tries to think about what he’s actually feeling in the moment. It’s not a foolproof method to overcome these challenges but it works 10,000 times better than allowing myself to get exasperated and frustrated which only escalates his emotions, frustrations and tears. He definitely responds best to calm but firm correction and communication.

I am always open to learning about the way other parents handle discipline and how others deal with their children when they’re not listening, so if there is anything that has worked particularly well for you in this regard, I’d love to hear it!

A lot of people have asked how Chase is transitioning into his new role as a big brother and the short answer is really, really well. Truly I am so impressed with Chase and tell him every day how proud I am of how kind and loving he is toward Ryder. I think the three-year age difference is working in our favor because we can communicate with Chase and he understands everything that’s happening. 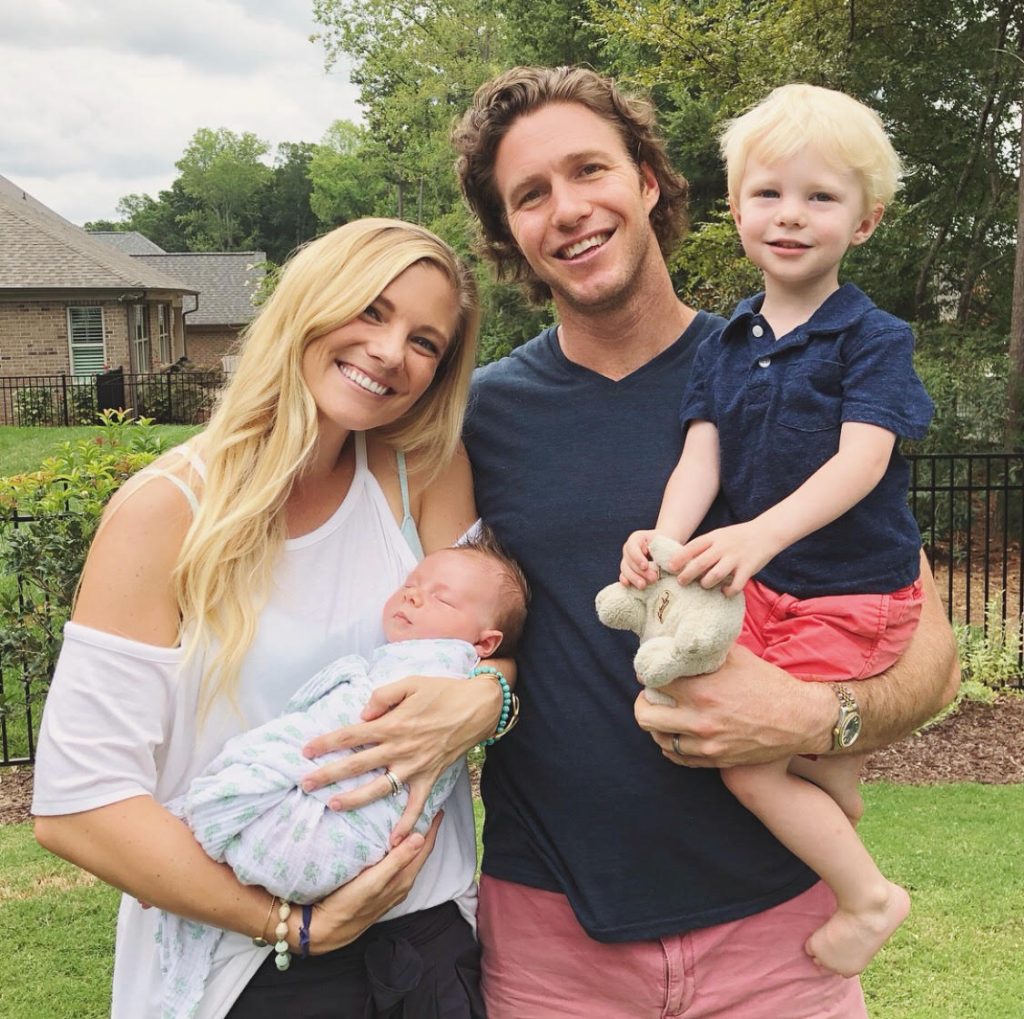 Chase is very interested in everything from nursing to diaper changes and I think his curiosity has helped with this transition as well. He seems to take his big brother role seriously and if Ryder is ever crying, he’ll look at me and say, “Mom! He needs some milk!”

This isn’t to say everything has been super smooth but I was prepared for some serious jealousy so I’ve been really grateful with how the adjustment has been going so far. Chase had a couple of accidents (only pee) after Ryder came home from the hospital (we were warned that there might be some potty training regression during this time so at least I expected it and it was really limited) and occasionally at the end of the day Chase will tell Ryan to “hold the baby” so I can cuddle with him to say prayers or tuck him in at night. While Chase does have his “I need my mom” moments for sure, I think I struggle more with feeling the dreaded mom guilt over the loss of so much one-on-one attention for Chase than he even seems to notice right now.

There have also been numerous moments where Ryder is screaming which sets Chase off on a downward spiral and then both kids are crying and screaming and I just want to cry, too. But thankfully Chase is usually very understanding when Ryder cries and will let me nurse him or try to soothe him to sleep while he plays. Chase will also often start singing the Daniel Tiger song, “When you feel so mad and you want to roar, take a deep breath and count to four,” to try to help Ryder “calm down” when he’s crying which makes my heart melt. 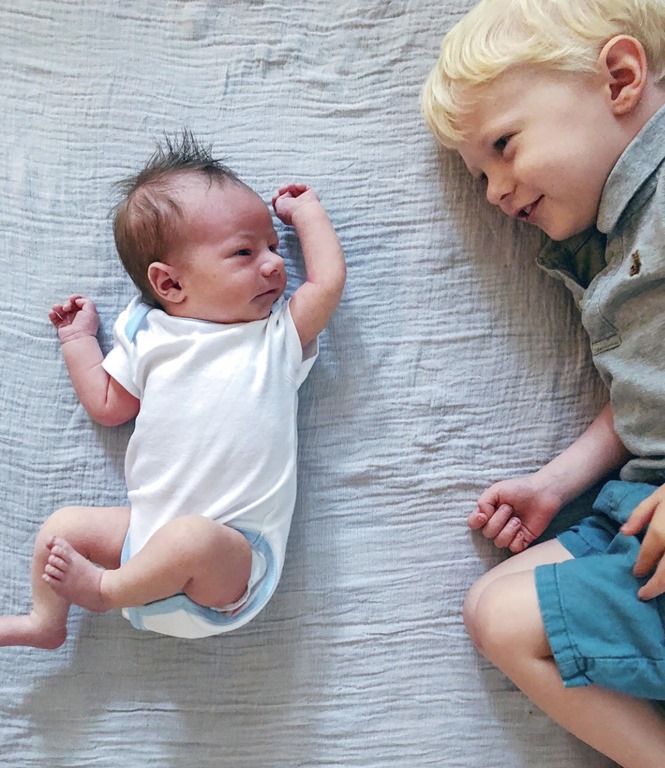 Chase understands that he must be gentle around Ryder and he will often walk right over to him and gently touch the top of his head and give his little brother a kiss which is simply the best thing to witness. He likes to get right up in his face and talk or sing to him which is both comical and adorable. Thankfully Ryder is a pretty laid back little baby and seems to love watching his big brother entertain him! 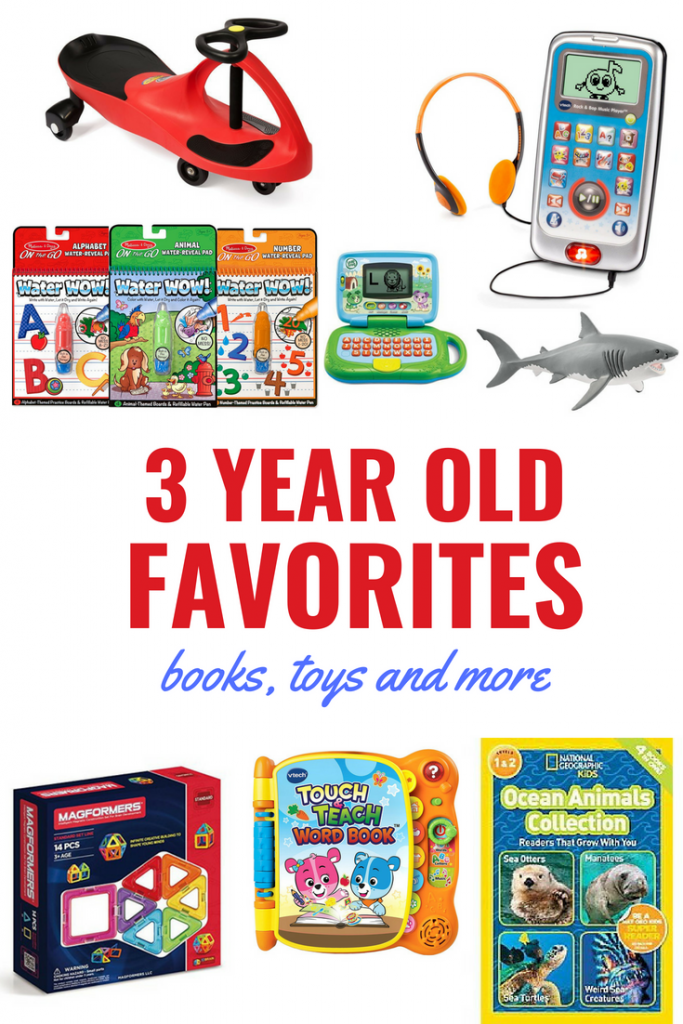