Navigation
Hi friends! How was your weekend? I’m checking in a little later than normal today because I had to drop Chase off at camp (this is his fourth and final week!) and I also wanted to say goodbye to my parents who left for Florida a little after 9 a.m. this morning. They came in town to help us celebrate our favorite three-year-old! 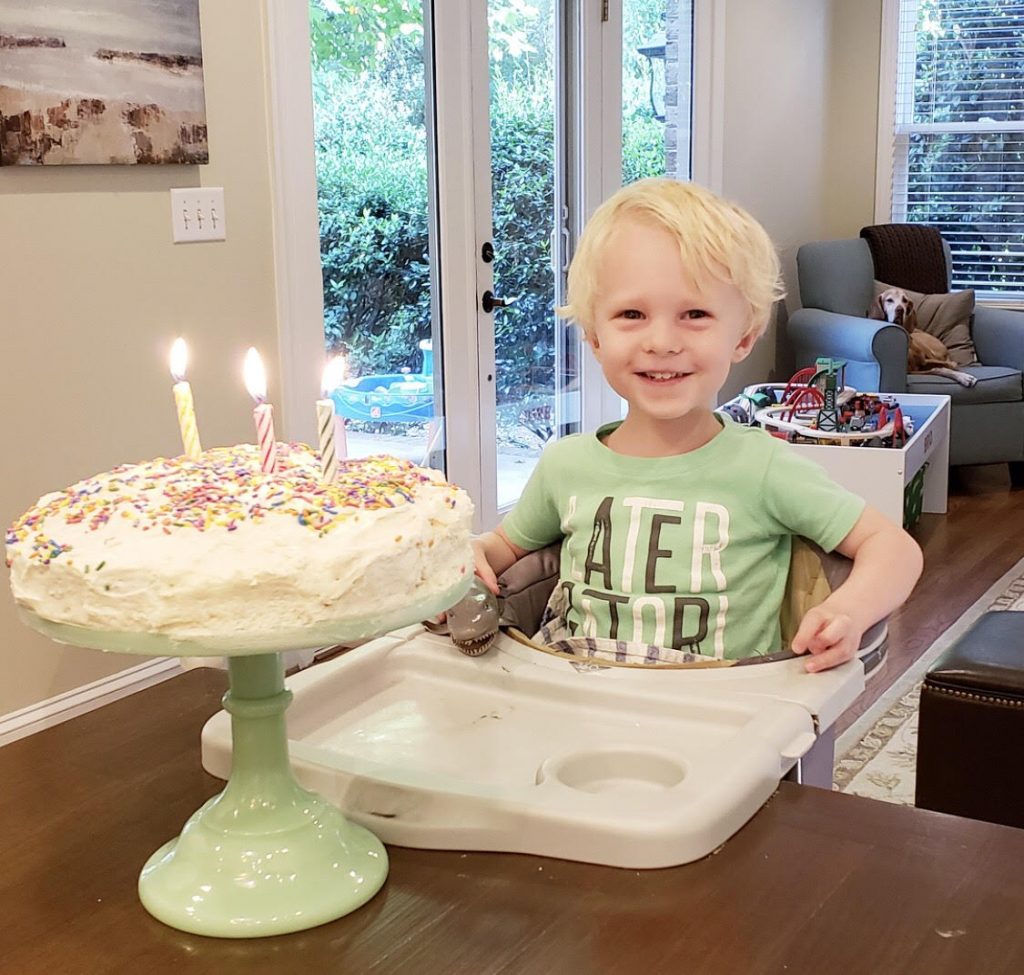 Chase turned three on Sunday but his birthday celebrations officially kicked off on Thursday evening with a pool party play date!

Back in June, my friend Lauren asked my thoughts on planning a double birthday party for our two little ones since they’re best friends and their birthdays are four days apart. Truthfully my plan for a birthday celebration for Chase with his friends was going to be something along the lines of “meet us at Duck Donuts for sprinkle doughnuts if you’d like” but a weeknight pool play date sounded like a lot more fun! Plus, it seemed like a relatively low-key way to celebrate that the kids would love and that also wouldn’t require a ton of planning. 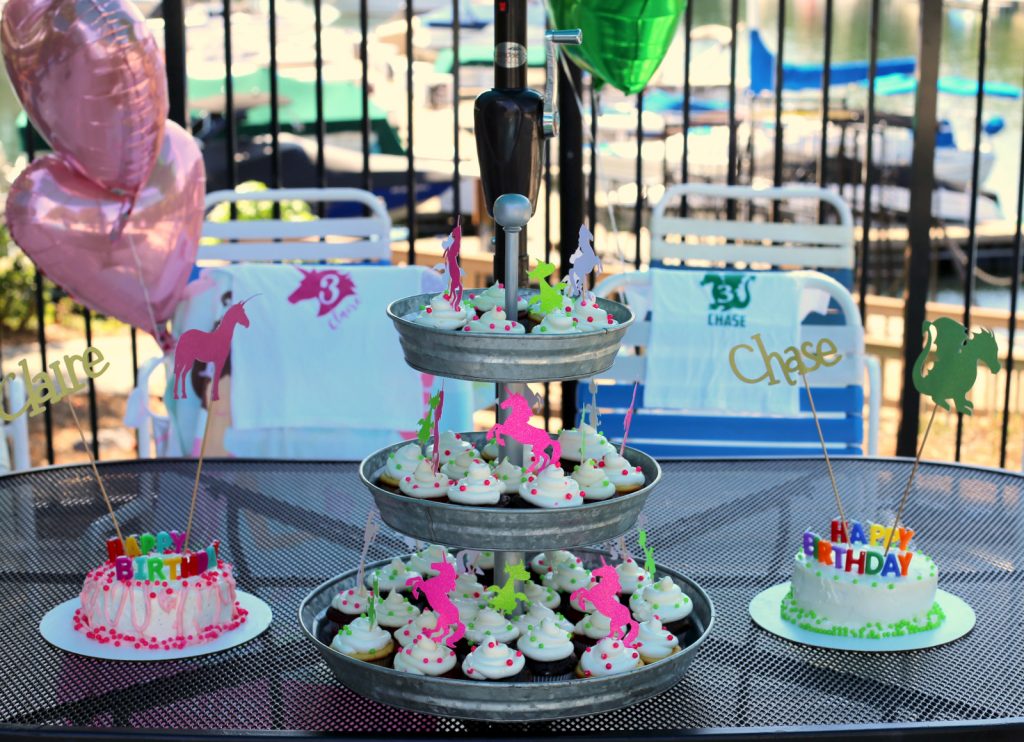 Lauren was the perfect party planning buddy and we both took a pretty laid back approach to everything which kept it fun and easy! Lauren suggested a Unicorns and Dragons fantasy theme since Claire is all about unicorns and Chase is obsessed with dragons which sounded great to me! 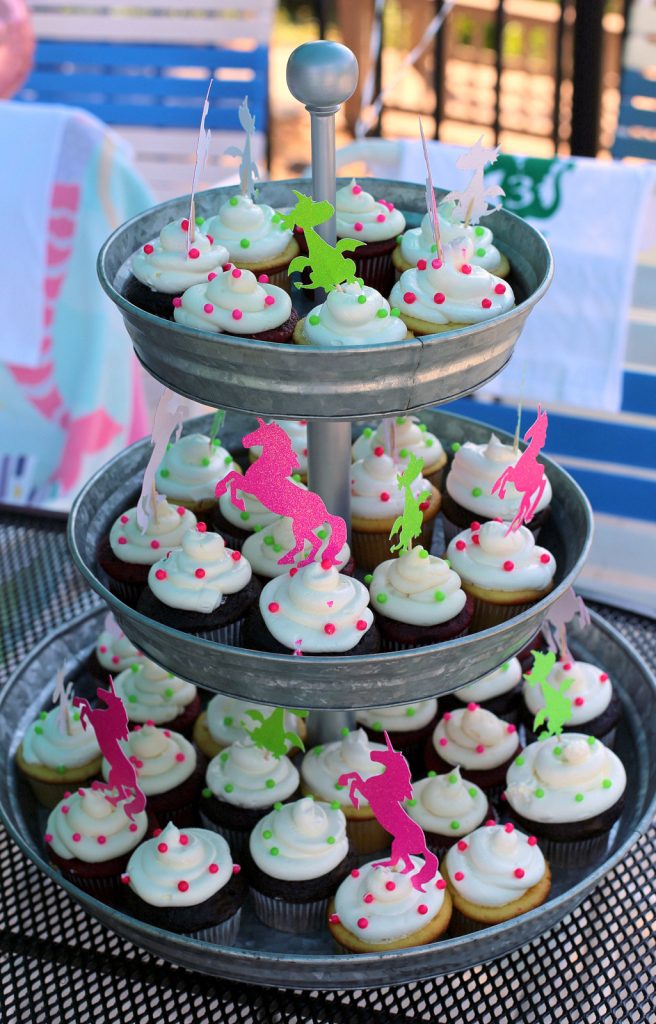 We decided on Lauren’s neighborhood pool as a party location and divvied up our party to-dos. 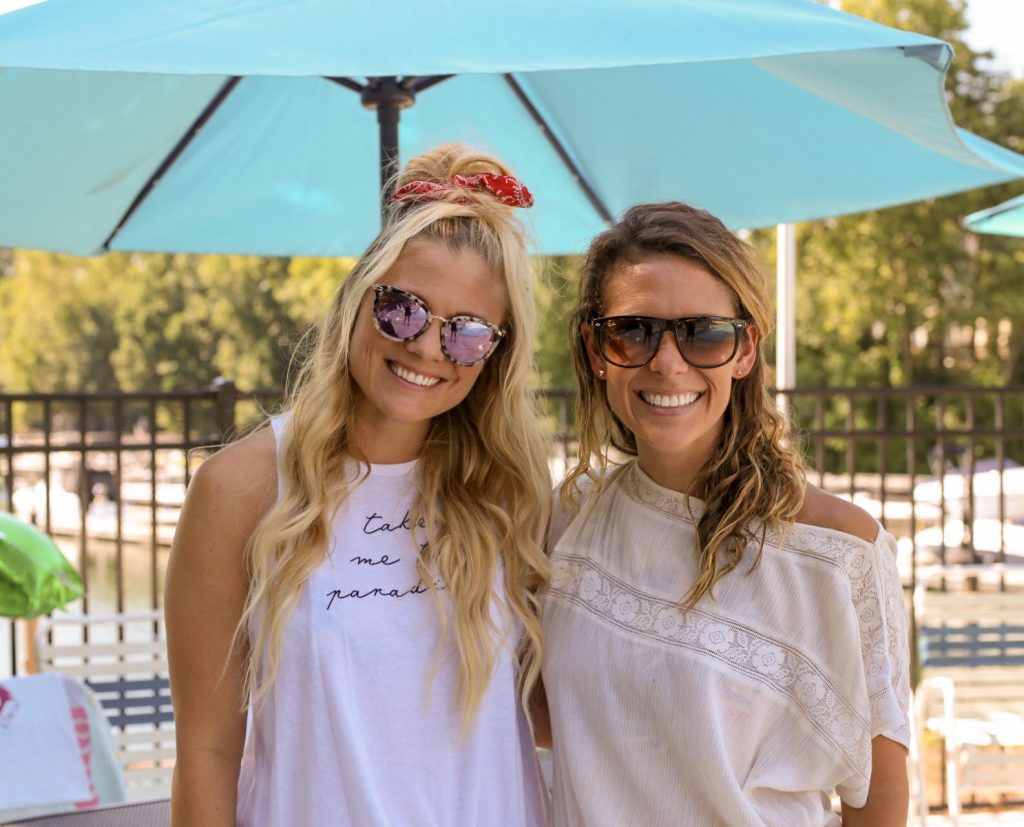 We met up a couple of times to finalize everything and arrived 30 minutes before the party officially started on Thursday to set everything up in the shade on the pool deck and inflate the giant unicorn and dragon pool floats. 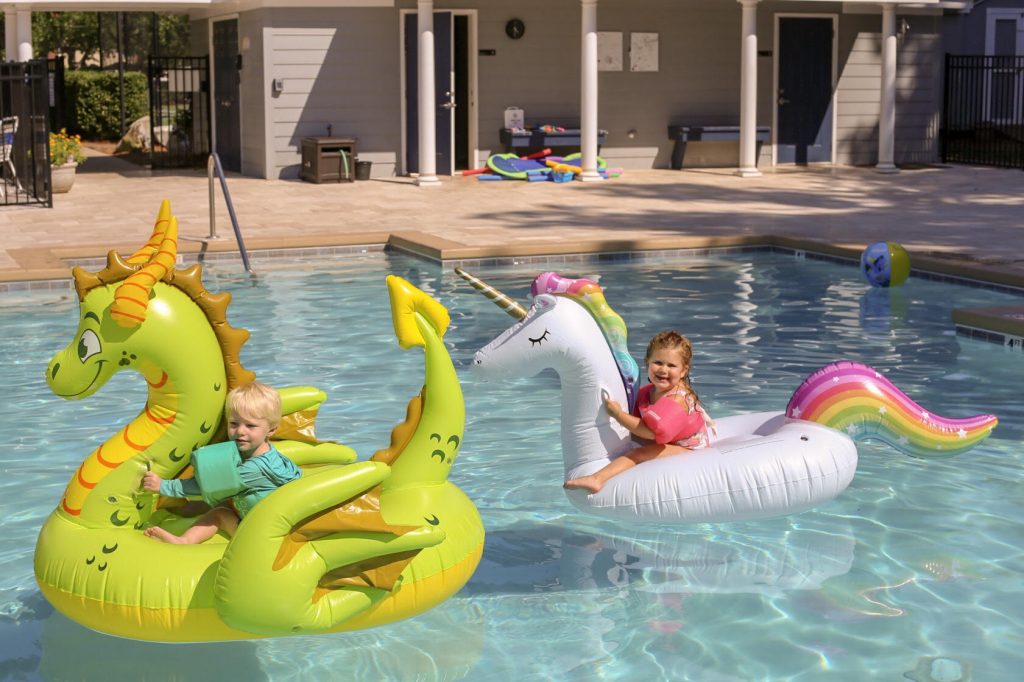 Chase and Claire were immediately infatuated with their respective floats and the $26 I spent on Chase’s dragon float was the best $26 I’ve spent in a while! He loved it and I know the float will get a lot of use during summers on the lake in the future. 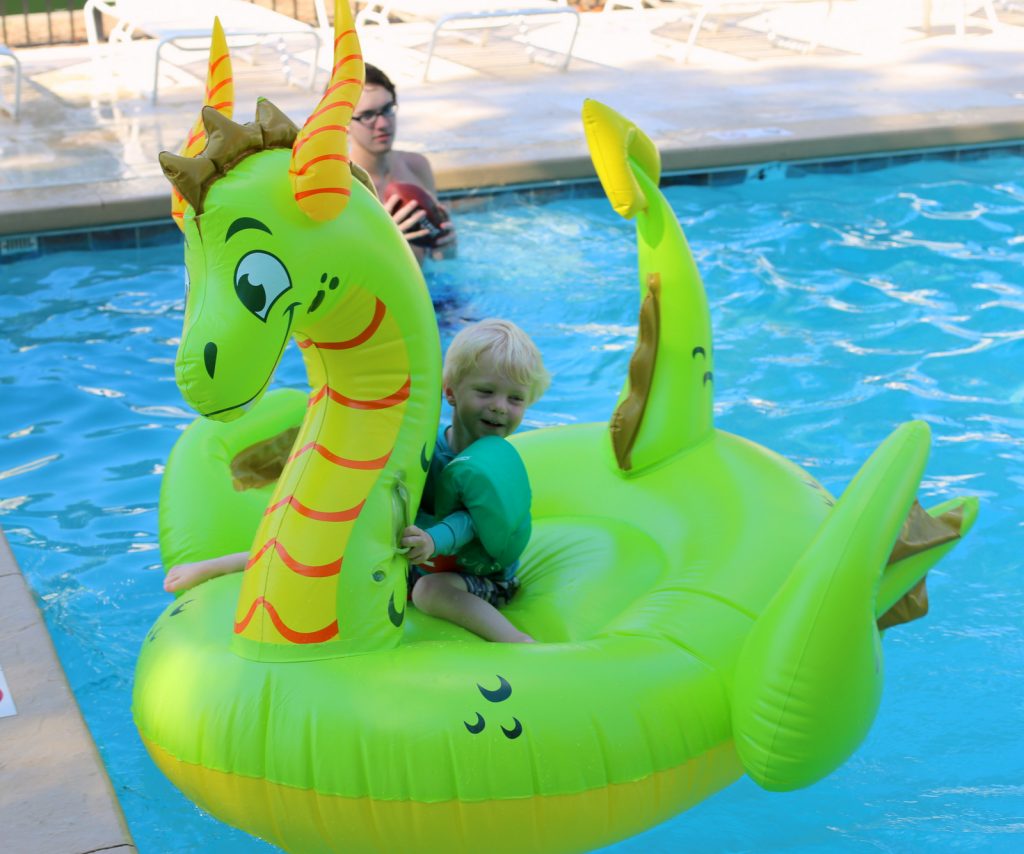 One of Lauren’s friends made the cupcakes and two mini cakes for Chase and Claire for their party and everything was SO delicious! We had to laugh because the Happy Birthday candles on their cakes kept blowing out as we started to sing “Happy Birthday” to Chase and Claire so I’m pretty darn positive neither of them actually blew out a single candle but at least we tried. 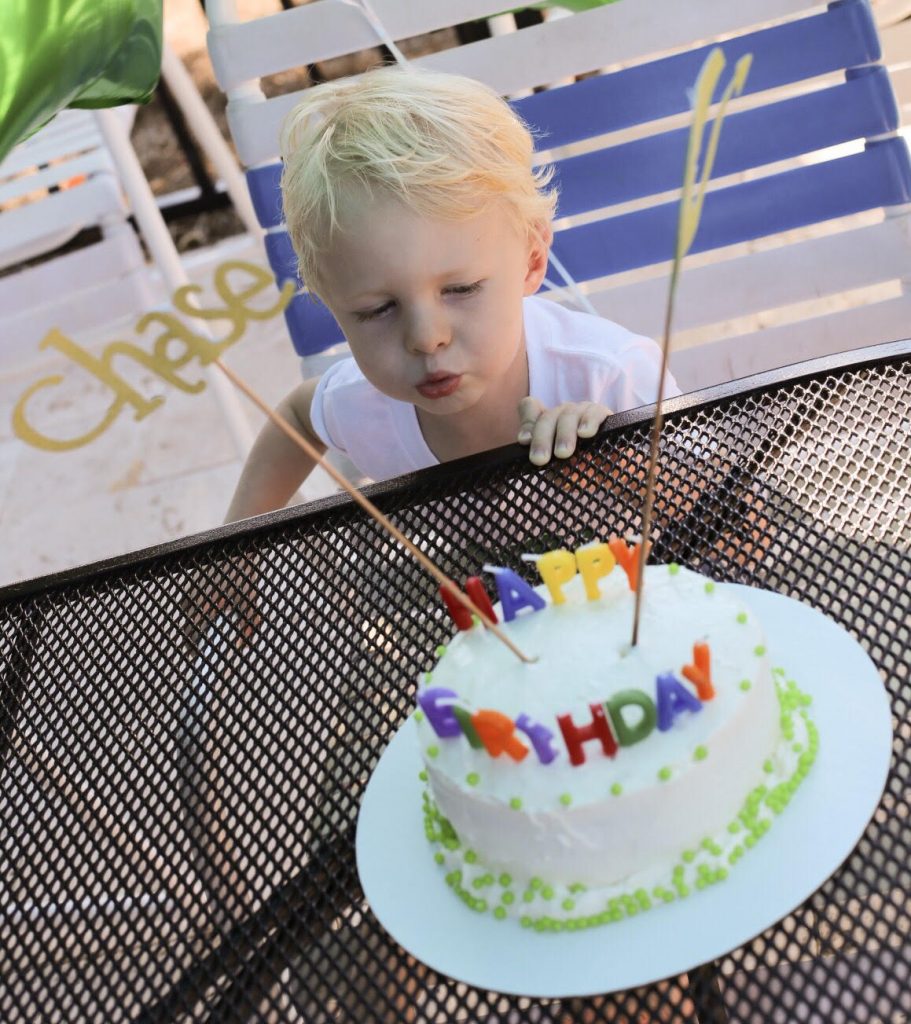 After food, cake and cupcakes, the kids ran around and eventually got back in the pool for some more summertime swimming. 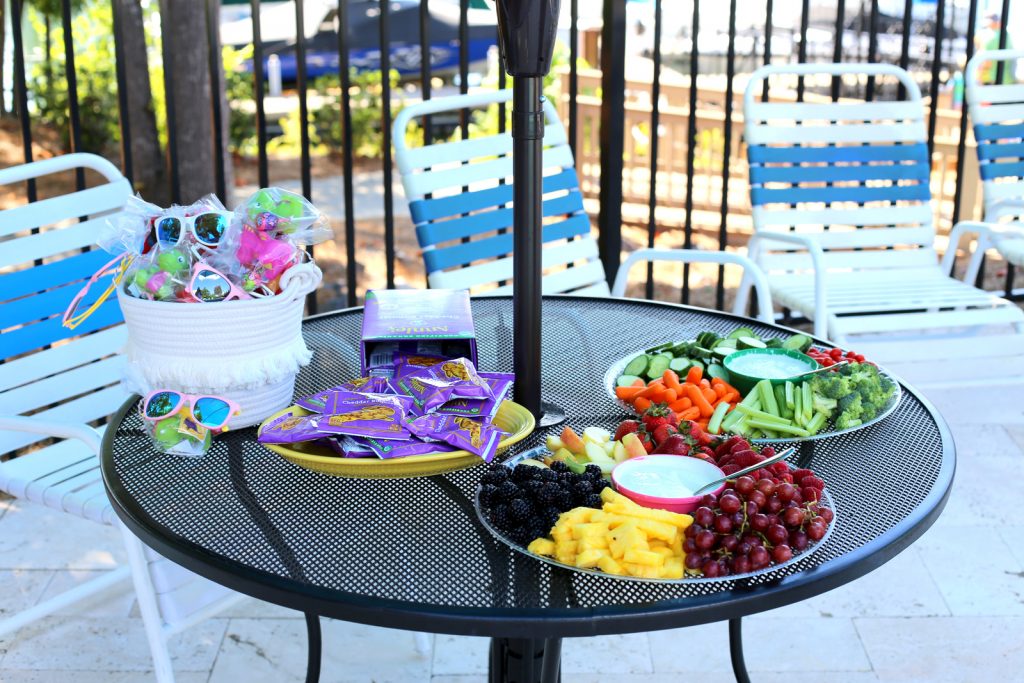 There was something about the end of Chase’s party that felt like the definition of a memorable summer night to me and I just loved hanging out by the pool with friends and family and watching our little ones squeal and splash around. 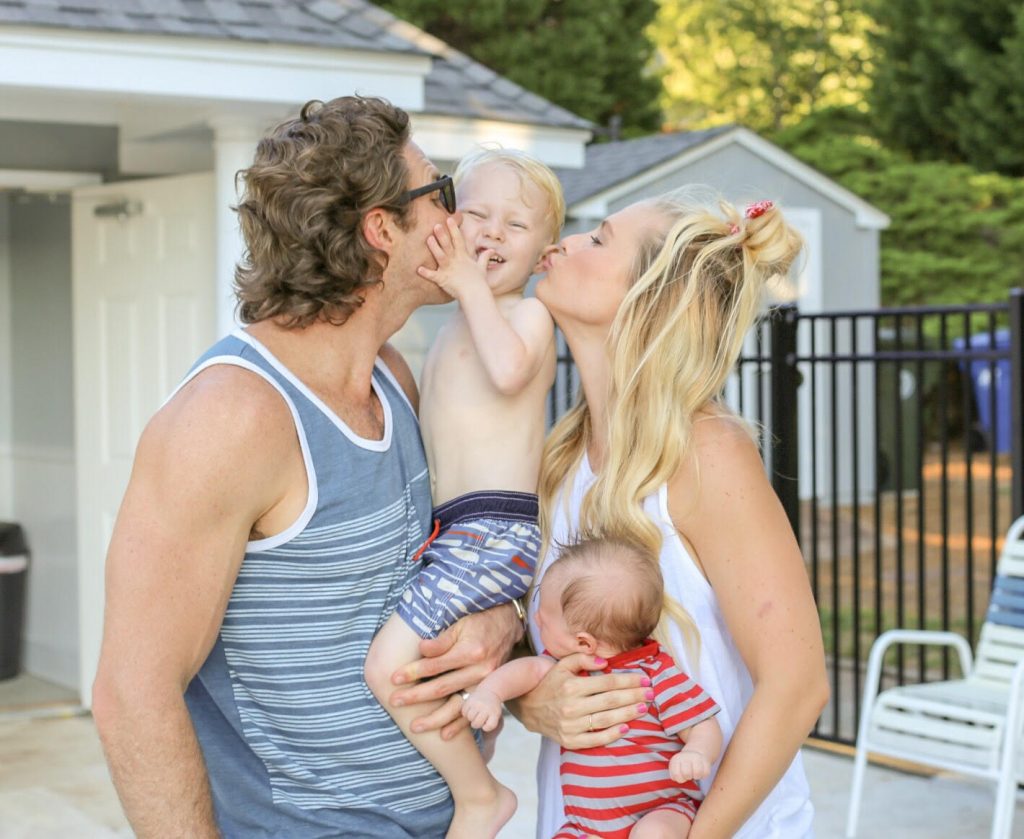 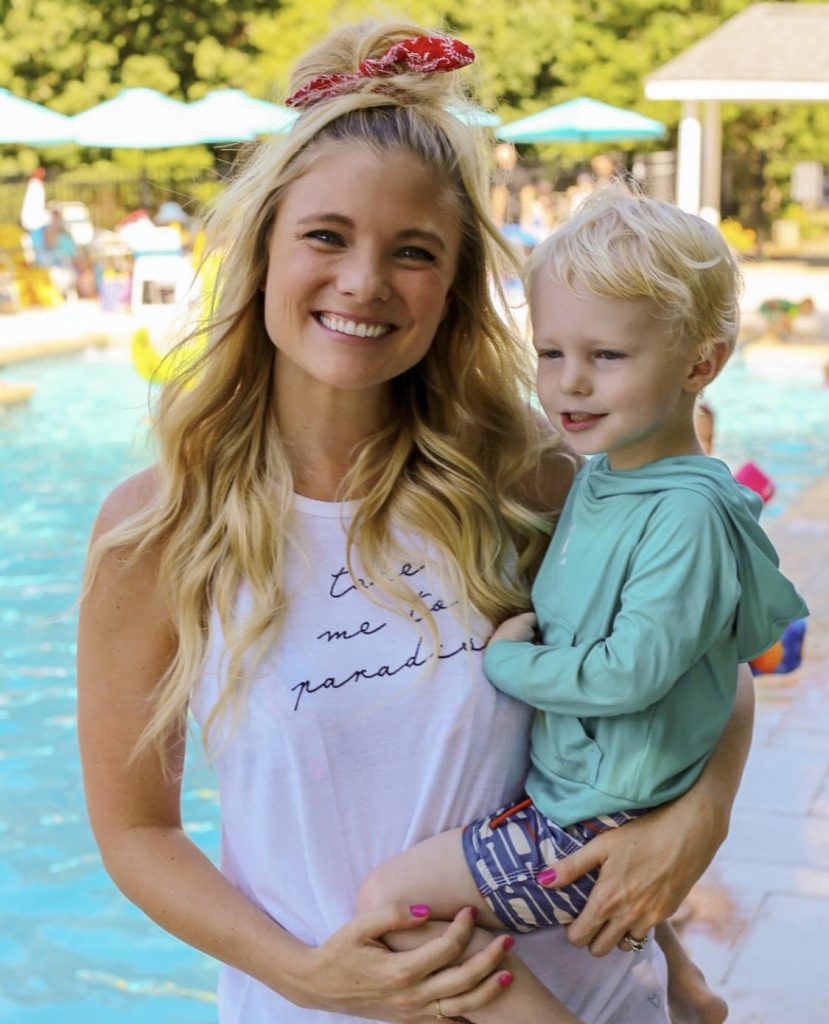 I hope Chase and Claire had as much fun as it looked like they had at their party!

Chase’s actual birthday was on Sunday and we did our best to fill his special day with some of his favorite things. It wasn’t too hard to do since our child is in love with sprinkles and icing so simply serving him a slice of birthday cake made his day! 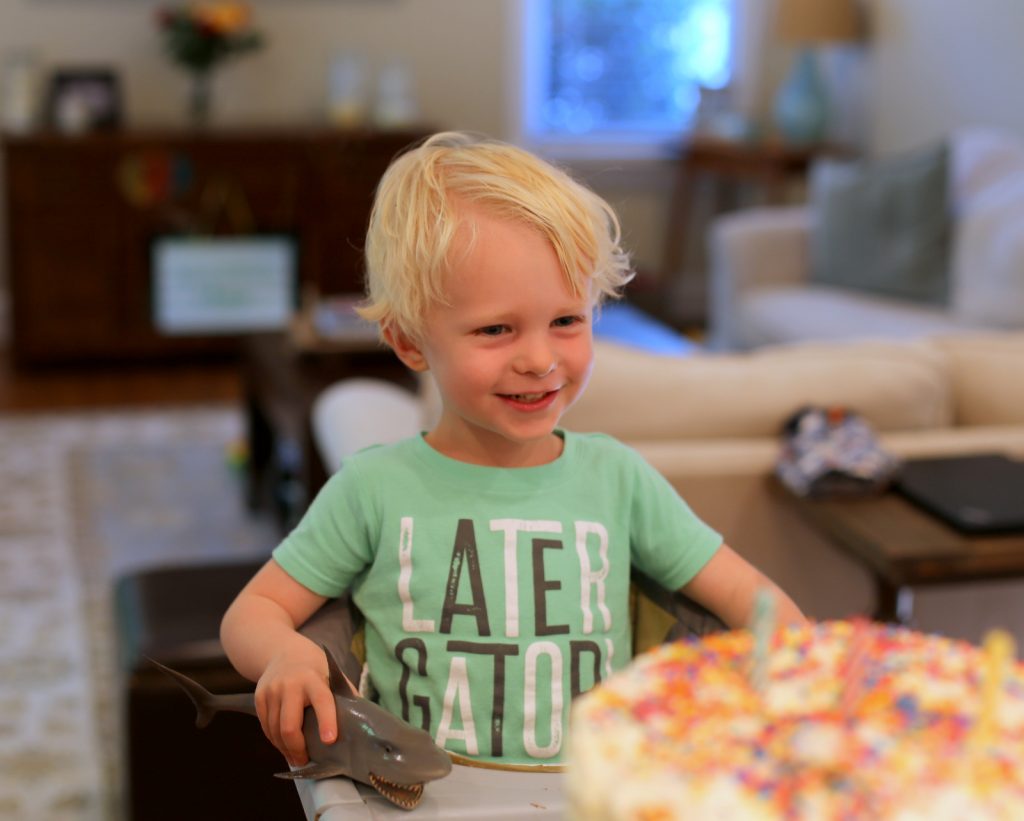 When my sister and I were little, my mom would always decorate our place at the kitchen table on our birthdays which felt like such a special treat so I took a page out of my mom’s book and blew up some balloons, hung streamers and placed Chase’s presents on the coffee table for him to find after he woke up in the morning. We actually saved a bunch of the presents from Chase’s party (we said no gifts were necessary but people were still very generous) for him to open so he was very surprised! 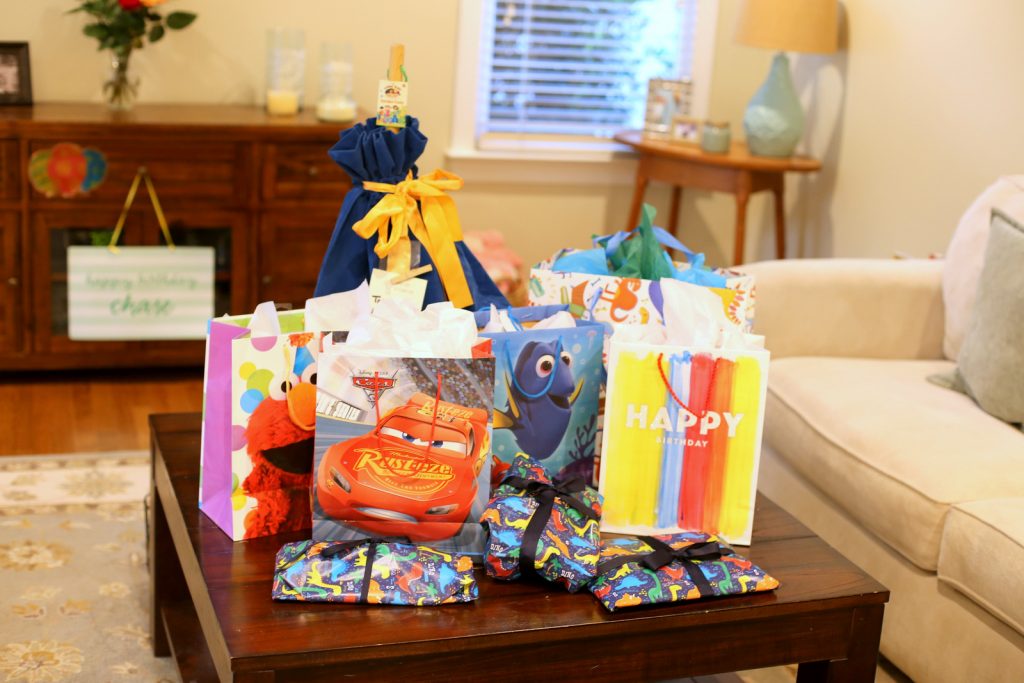 Chase had a ball opening his gifts (the hits this year were a simple shark bath toy, a space projector flash light and dinosaur toys) and we wrapped every last thing up individually (including bubbles and a few $1 toy cars). Chase’s reaction to everything made us smile so much! He’s at the age where his mouth drops open and he gasps at everything from a book to a tiny toy car and it’s such a fun age!

Once the presents were opened, we packed up Chase’s shark toy, some towels and snacks and headed to a little lakeside beach near our house so Chase could splash and swim. 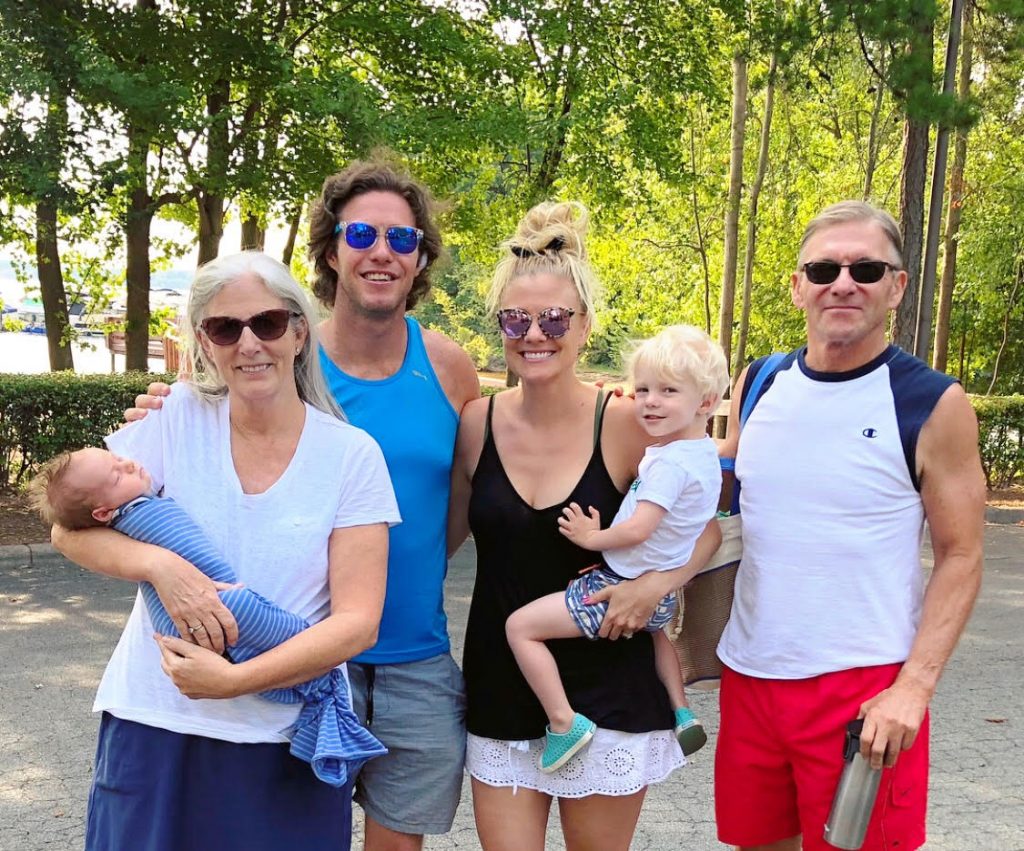 The beach near our house is actually the same beach where we dock our boat and it’s a great little spot because it’s shady and almost always completely deserted. We had the whole beach to ourselves for nearly two hours and had fun swimming before we took a little break to eat a morning snack on our towels picnic-style since Chase thinks picnics are the coolest.

Since our beach morning began rather early, we were back home a little before noon which gave us plenty of time to grill out and make burgers on the grill for lunch — another Chase favorite!

We spent the rest of the afternoon around the house hanging out with my family and our boys and wrapped up Chase’s third birthday with lots of birthday cake! 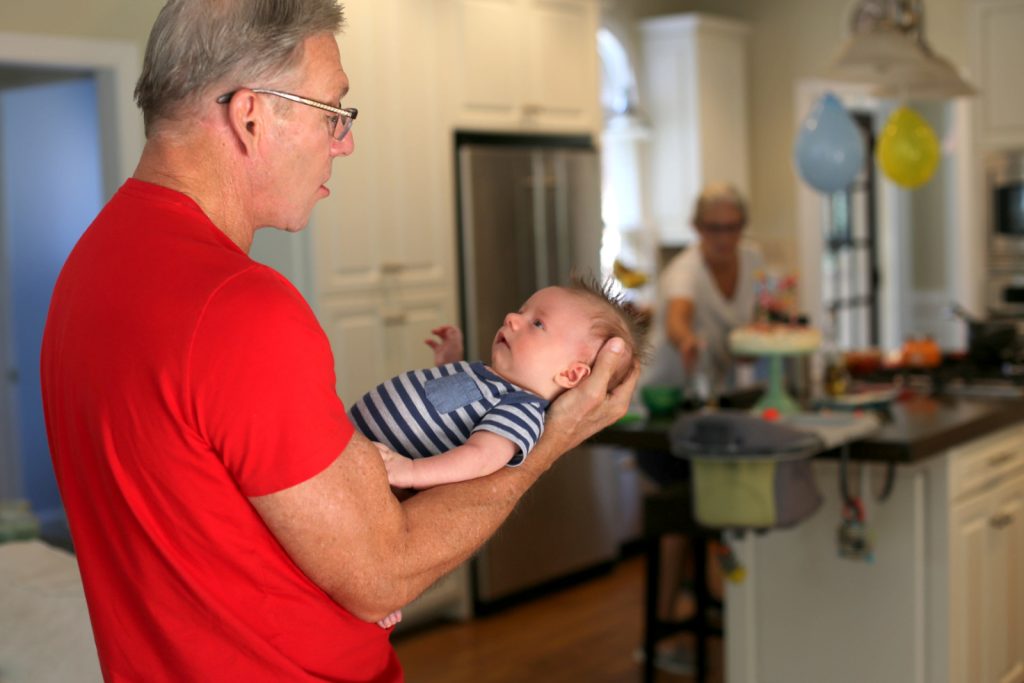 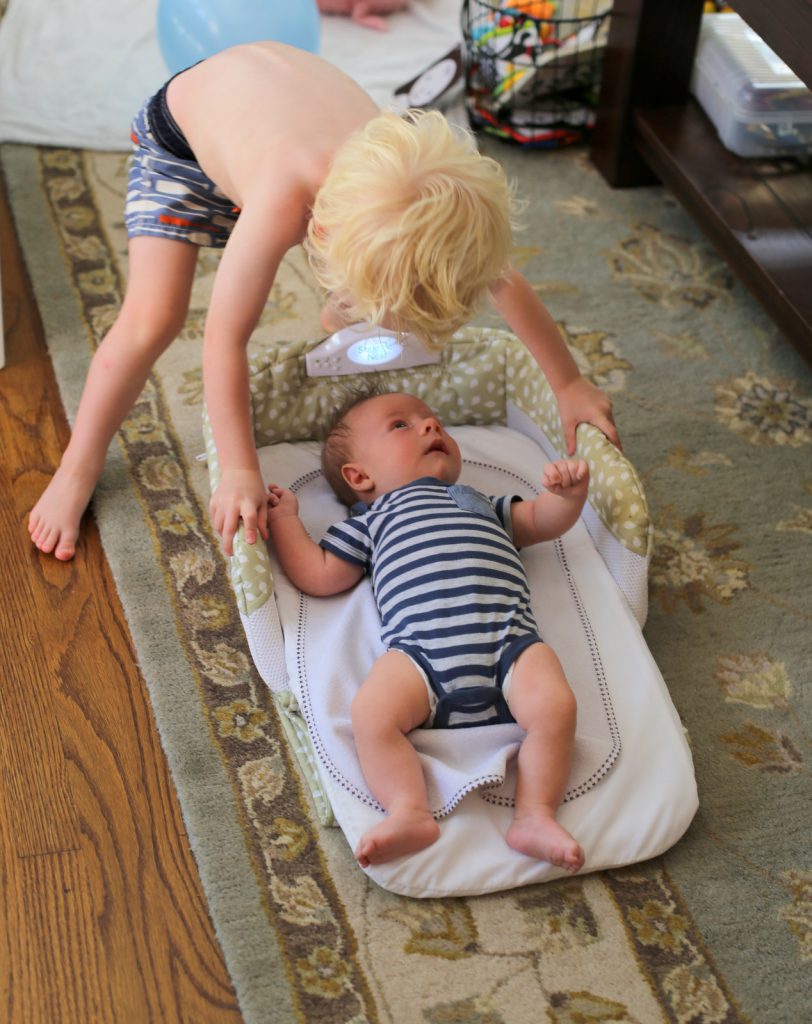 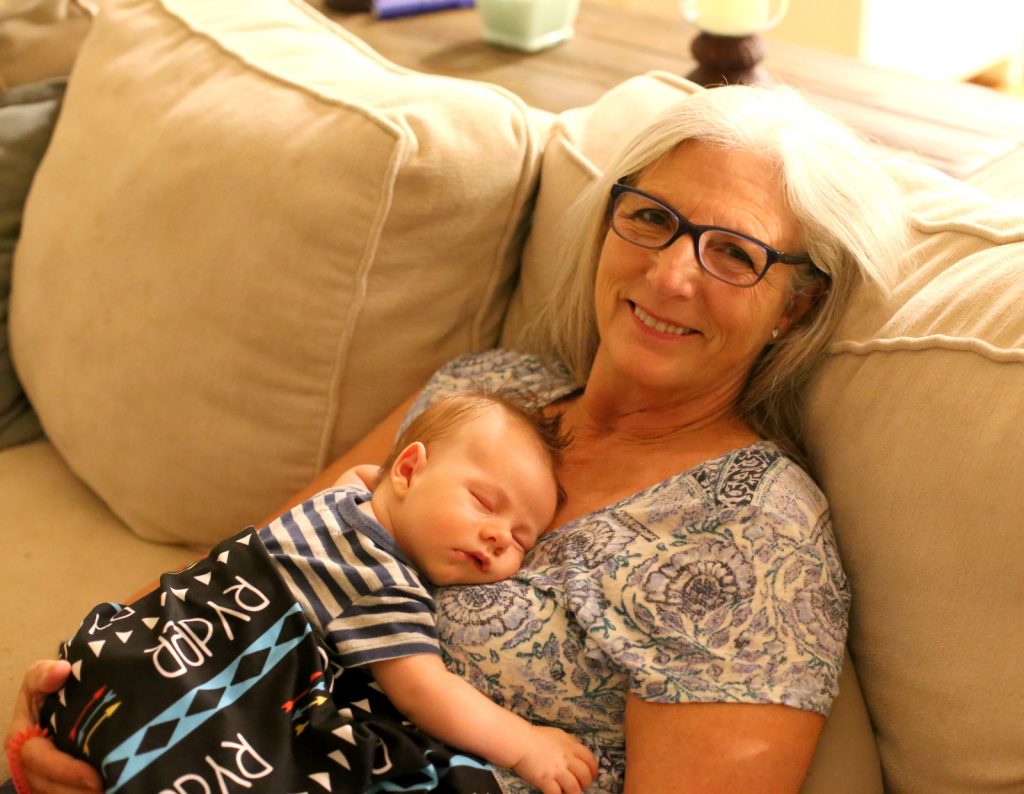 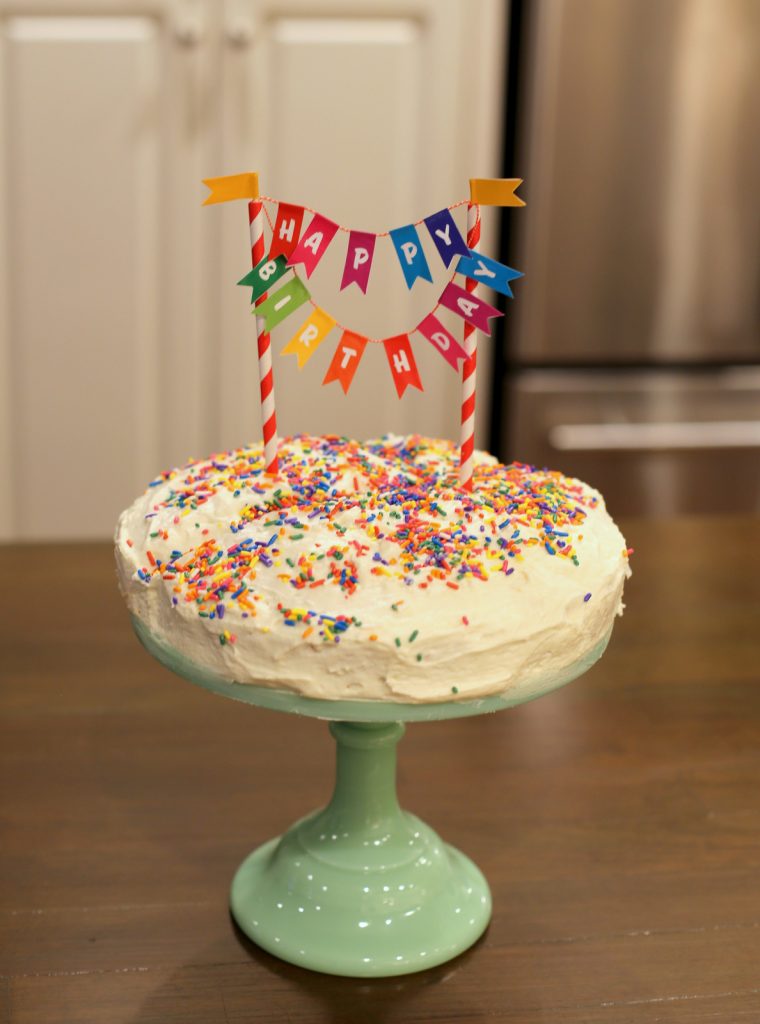 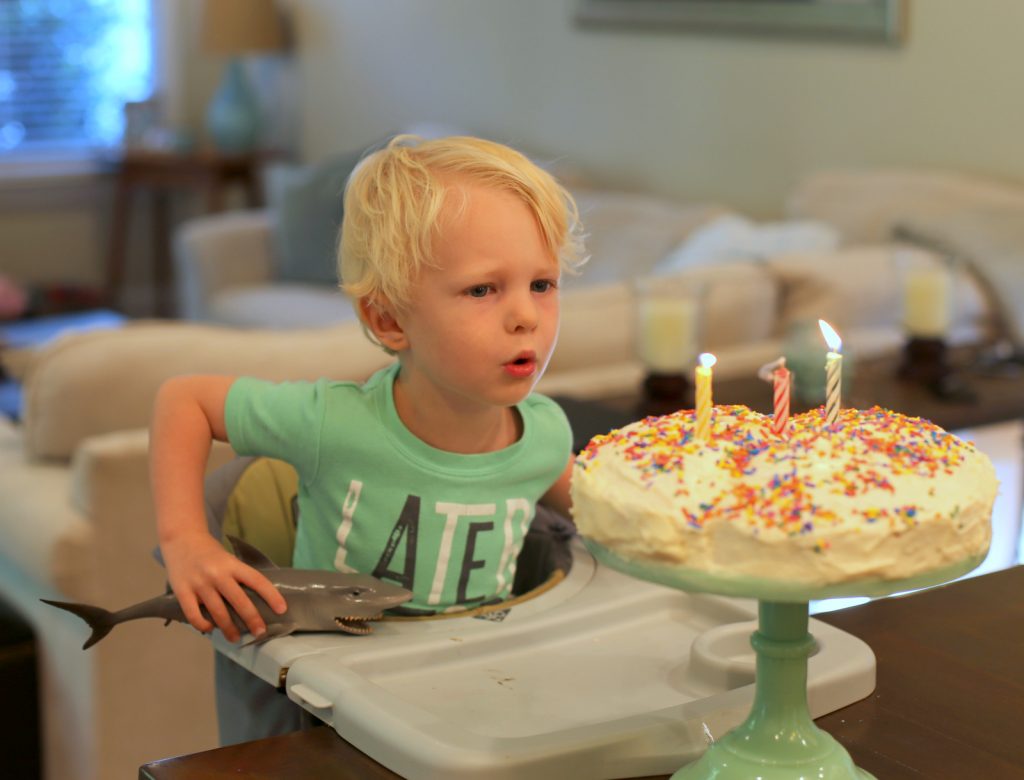 I am planning to check back in tomorrow or Wednesday with Chase’s three year old update (current challenges, the big brother transition, etc.) and hope to see ya around here again soon!