Navigation
Toot, toot! <—That’s me, tooting my own horn after making this: 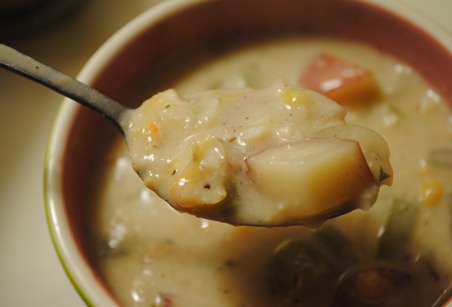 That would be Cooking Light’s chunky potato-crab chowder… though I would consider it crab, corn and potato chowder because it’s chock-full of delicious sweet corn.

The recipe was really easy to follow and I had a pot of homemade soup ready in about 40 minutes.

Though the recipe called for a lot of vegetable chopping, which is one of my least favorite aspects of cooking, all the slicing and dicing was well worth the effort. 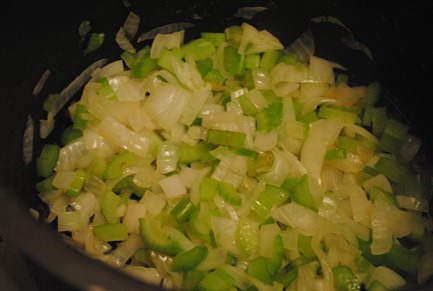 Sometimes recipes from Cooking Light can be a little too involved for me. I don’t like it when they require obscure ingredients that I cannot find at my local grocery store, but this recipe called for easily accessible ingredients, many of which I already had at home.

When I opened up two cans of crab meat to add to the chowder, someone instantly started salivating… 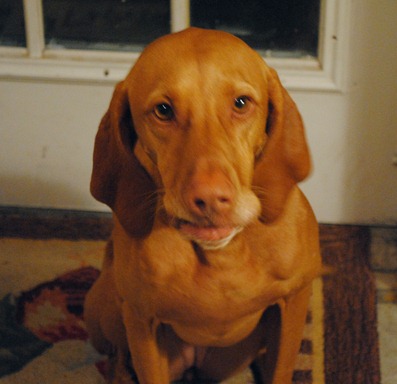 “Gimme the crab and no one gets hurt.”

Doesn’t she makes the goofiest faces? 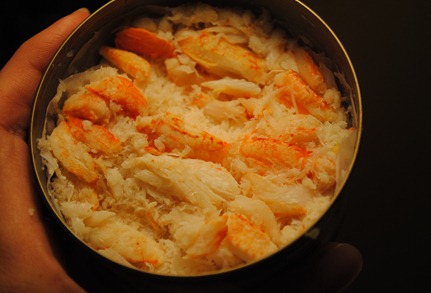 I really don’t blame her for getting all hot and bothered about the crab meat, because it was very fragrant and I couldn’t help but sneak several bites before adding it to the chowder. 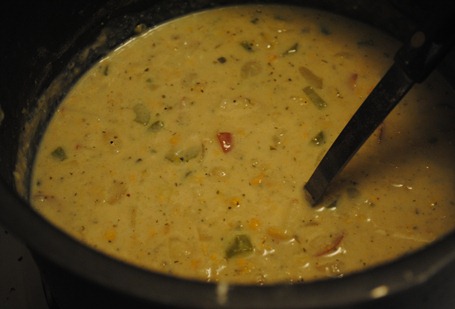 I felt quite impatient waiting for the chowder to finish cooking on the stovetop. It smelled fantastic and was worth the 20 minutes I had to wait while the potatoes softened and the chowder thickened. 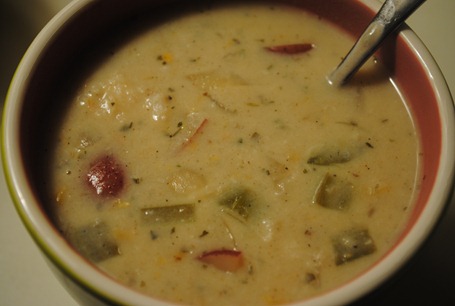 If you’re a seafood and corn lover, I highly recommend this soup. I enjoyed it even more than the yummy oyster bisque I made less than a month ago.

Though I love soups and stews very much, I’m a chowder girl at heart!

« Call for Thanksgiving Traditions
How to Freak Out Your Wife »