Navigation
Good afternoon, friends! Today has been an intense one on the work front, but the intensity has made it fly by!

Before I knew it, lunchtime arrived and I was breaking into my taco salad. 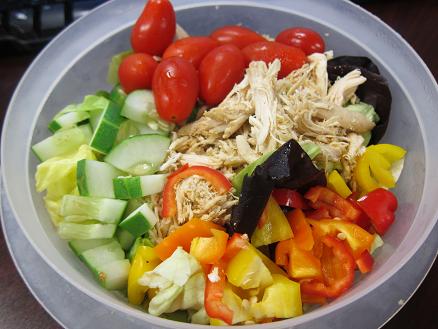 Using the leftovers from taco night to create a gigantic taco salad may be one of my favorite parts about making tacos in the first place. Taco salads are always so fresh and flavorful. I think I need more of them in my life. 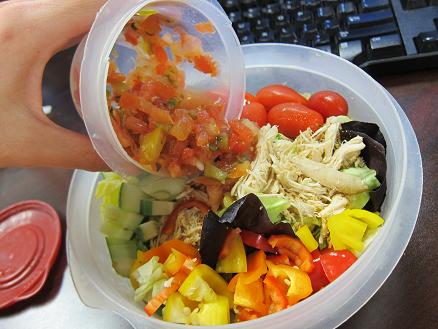 Before moving on, I just wanted to let you know that the Fashion page was updated this afternoon!

Now it’s time for some fun! I’ve compiled a list of the questions you guys asked me about my recent trip to Europe and detailed the answers for you below.

Since I received so many questions specific to what I packed, stay tuned for a post dedicated entirely to what I crammed into a carry on suitcase. I want to do some laundry first so I can snap some pics of clothing that isn’t totally wrinkled, but I hope to have the post up soon.

What tour company did you use and would you tour with them again?

My family and I used Globus and went on the “Essential Europe” tour. We all absolutely loved our tour group and our tour guide and would definitely tour with Globus again.

If you were to travel to Europe again, would you do so on your own or with a tour group?

I’m really not sure. I was fortunate in that my parents paid for my most recent trip to Europe, so if I were to go again, I would definitely do a lot of number crunching before deciding whether or not to go with a tour group.

The benefits of a tour group are that they make travel from place to place and absolute dream, logistically speaking. 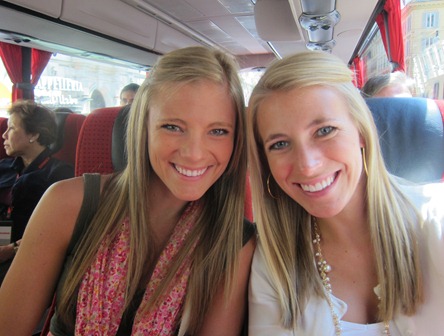 It’s fantastic not to have to worry about finding transportation or booking hotels in various countries, especially when you can’t speak the language. Plus, the tour always included a half-day of sightseeing in each country with stops by the popular attractions, such as the Eiffel Tower in Paris and the Colosseum in Rome.

Planning my own trip greatly intrigues me as well because you’re not restricted to the tour group’s travel schedule and if you want to spend more or less time in one particular place or exploring one area, you can! Whether or not to tour with a tour group is really a tossup for me and a decision I think I would make based solely on finances in the future.

Did you like the other people on your tour? What were the demographics of your group?

We had a great group of people on our tour. Demographically speaking, most of the tour group members were Americans, with a few couples from Australia and New Zealand. The ages of tour group members varied, with my sister and me definitely at the younger end of the spectrum. We really enjoyed talking with every single person on our tour, though I think my sister and I most enjoyed a group of girls who were touring together from New York.

Did you have to do everything with the tour group or could you go out on your own?

You were always free to go out on your own any time, but everyone usually stuck with the tour group because you’ve already paid for the activities and meals included in your tour ahead of time. As I previously said, the group dinners got a little old, but all of the sight-seeing adventures with the tour group were a blast!

If you had to pick two different foods you ate on your trip, one sweet and one savory, and only eat these two items for the rest of your life, which dishes would you choose?

Mousse-style gelato from Italy for the sweet dish, no questions asked! As for the savory dish, that’s so hard! I loved the pizza in Italy, the cheese fondue in Switzerland and a roasted chicken stew with portobello mushrooms dish I had in Paris. I totally dodged that question, I know. 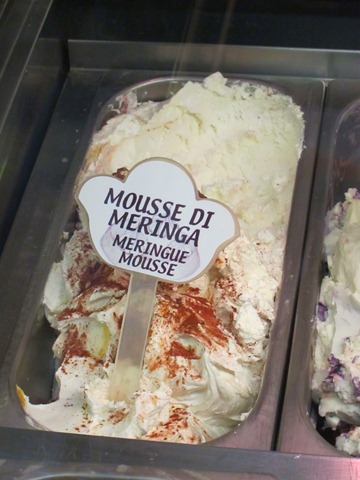 Did you have a hard time communicating in the countries that did not speak English? What was it like ordering in non-English speaking restaurants?

Since we were with a tour group, the language barrier wasn’t nearly as bad as I think it could have been. We felt a little lost ordering food sometimes and often stuck to restaurants off the street where we could point at what we wanted (and say thank you in the native language, of course). Fortunately many of the sit-down restaurants are used to lots of tourists and we were surprised just how many waiters could speak enough English to make our ordering experience easier. Many menus were also available in English, which was very helpful.

Which country was your favorite?

Switzerland. I couldn’t get over the beauty of the mountains and lakes and absolutely fell in love. 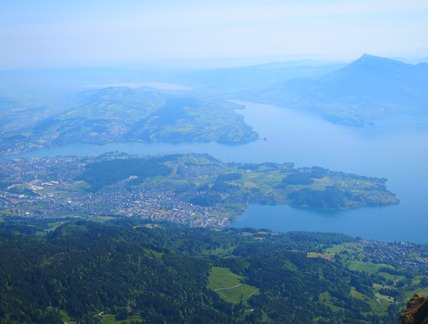 Switzerland, I Love You

If you had wanted to work out, would you have been able to? Were there easily accessible gyms in Europe?

About half of our hotels had gyms and half didn’t. The gyms the hotels had were pretty teeny and typically had a treadmill or two and a bike. I didn’t see many gyms along the streets in any of the countries (I noticed a few in London), but I wasn’t really looking either.

What was the highlight of each individual location for you (attraction, restaurant, etc.)?

Were food and souvenirs more or less expensive than you thought they would be?

How did you handle being away from Ryan and Sadie for so long?

It was hard! I found myself wishing Ryan was with me numerous times every day because I’d see something that would remind me of him or a funny joke that we share would pop into my head and I’d want him there to laugh with me. We’re also “partners in crime” and share a snarky sense of humor sometimes, so I missed those exchanges as well. Fortunately we were able to Skype a few times which was phenomenal. It was so wonderful to see both Ryan and Sadie from thousands of miles away.

Did you enjoy your long break from the gym?

Yes! Being away from the gym didn’t really bother me too much because we were so active. I started to get the itch to work out during the last three days of our trip and by the time we were boarding our plane back home my family and I all agreed that we were craving a workout.

Did you gain weight?

Did you and your sister fight or get irritated with each other at all on the trip?

Actually, no. We’ve always gotten along really well and this trip was no different. She’s so easy going and happy so it’s honestly hard to get irritated with her. I think I may be a little more difficult. 😉

Did you use your own hair tools or ones supplied by the hotel? How were the converters?

This was probably the most annoying thing about the whole trip! The outlets are totally different and we needed different converters for all of our electronics for several of the countries we visited. This was frustrating because my family only had one of the different converters, so my sister and I had to run back and forth from my parents’ hotel room to our room (often on different floors) if we wanted to straighten our hair or charge anything. We brought one cheapy straighterer to share because we’d heard horror stories of peoples’ expensive straighteners getting ruined in Europe. We relied on the hotels for blow dryers which worked out okay (remember the vacuum-cleaner blow dryer?), except for in Paris where they apparently don’t believe in supplying complimentary blow dryers to hotel guests.