Hi guys! Since yesterday’s pregnancy update took over my usual weekend recap slot on Monday morning, I wanted to pop in today to share a little glimpse into the past few days. Truth be told, I didn’t take a ton of pictures but sometimes I think that’s the sign of a really good weekend! I still want to share what little I have mostly for my own memory, so let’s get to it!

My mom and dad arrived in town on Friday in the late afternoon and we had such a great weekend together! I knew they had this trip on their radar and hoped our baby would stay put at least until they arrived so I could avoid the stress of calling a friend in the middle of the night should labor kick in and we need help with Chase. Ryan joked that I was going to go into labor the minute my parents arrived in town since I finally let myself relax. Clearly that didn’t happen but we did manage to have a really relaxing weekend filled with lots of sunshine, boating and backyard cookouts.

We hung out at home on Friday night and spent the majority of our time on our backyard patio. Ryan grilled flank steak for dinner and I made an assortment of sides. Chase helped me with dessert and we made a marble cake with vanilla icing and sprinkles to celebrate my dad’s birthday! 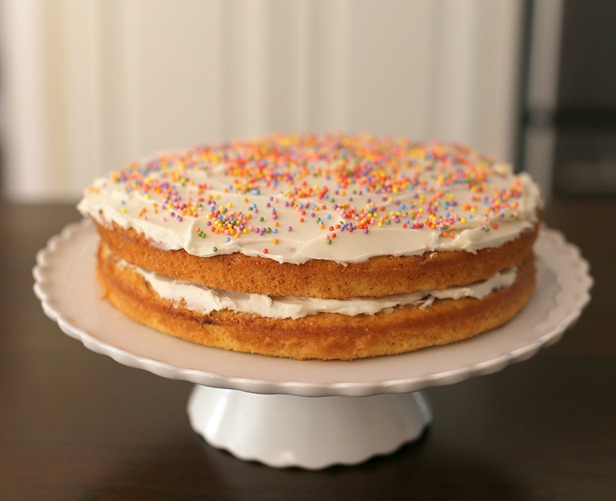 My dad’s birthday is June 3 so we couldn’t resist having a belated celebration for Pop! 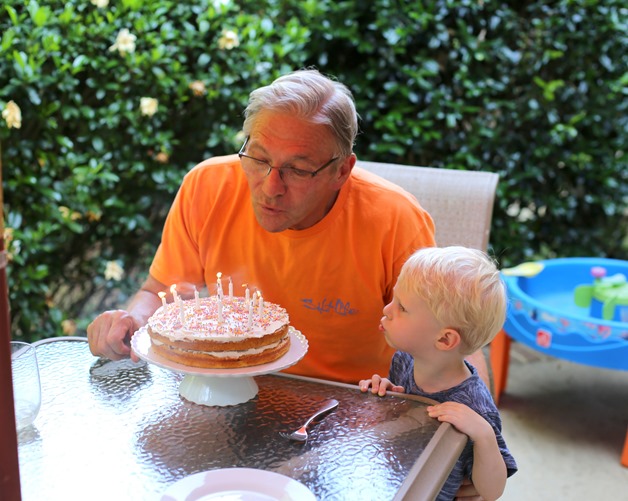 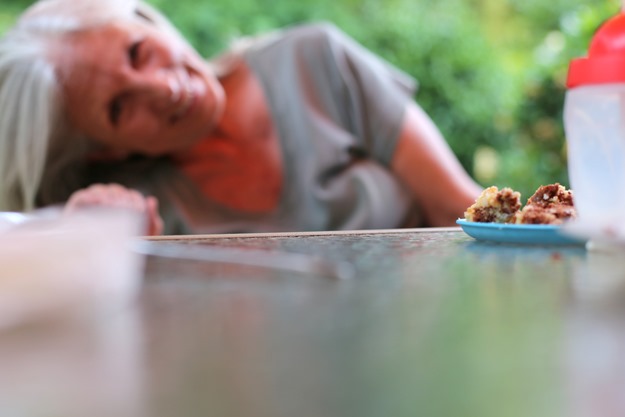 Chase and I made the cake from scratch but used a little shortcut thanks to this icing I found which we all thought was delicious! 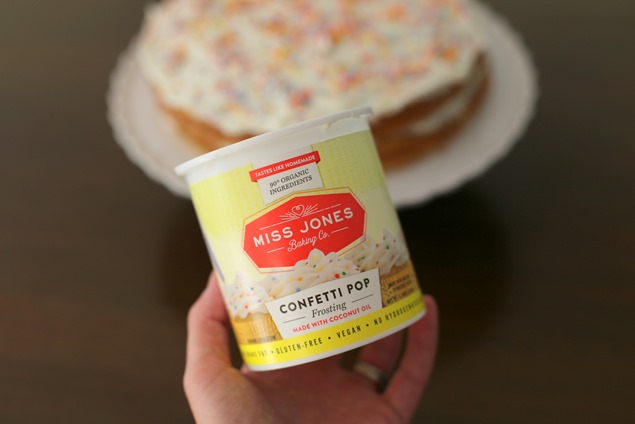 The icing didn’t go as far as I expected and we weren’t able to fully frost a two-layer cake so we went for the deconstructed look. I am the only member of my family who prefers icing to cake (well, me and Chase!) so I think I was the only one who missed the additional icing. Next time I buy that icing, I’ll be sure to pick up two of those little tubs!

Saturday morning began with a walk! Ryan and I were up before everyone else and ended up taking Sadie on a walk around our neighborhood before the heat of the day set in. 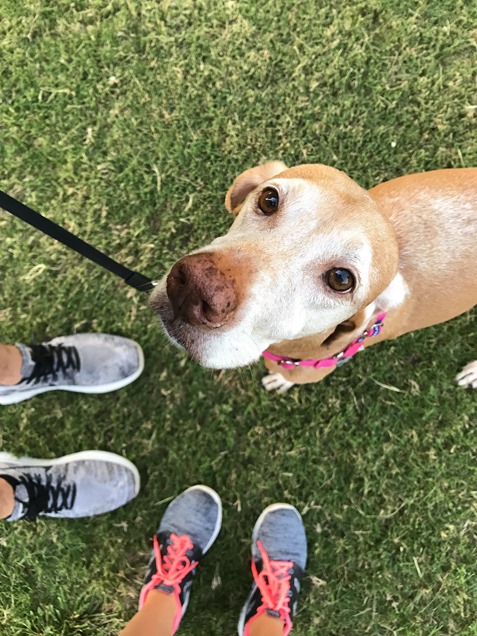 It felt like a little treat and a flashback to the early years of our marriage to walk with Sadie and not feel like we were multitasking with a stroller and toddler entertainment every step of the way. By the time we made it home, we were ready for breakfast and I made a frittata for everyone to eat along with a little cereal buffet because carbs have to happen for me first thing in the morning. 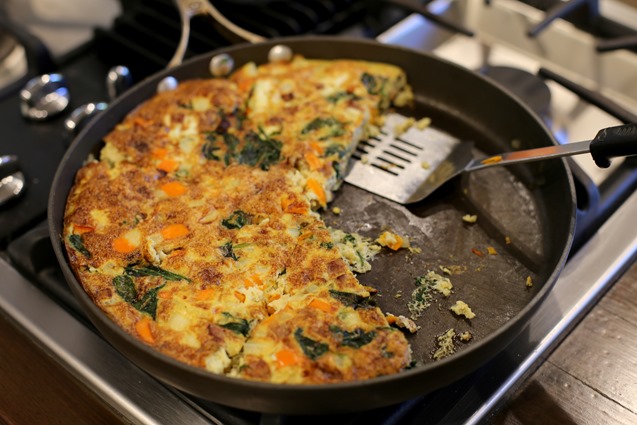 Ryan and my dad headed off to the gym together after breakfast and my mom and I hung out with Chase once he was up for the day. He was up rather late on Friday night after all of the sugary birthday fun and surprisingly slept in so my mom and I had a little one-on-one time together in the morning and eased into the day which was nice!

One everyone was back at the house and rockin’ and rollin’, we changed into our bathing suits, lathered up our bodies in sunscreen and headed out on the boat! It was the perfect boating weather on Saturday – upper 80s and sunny – and we went on a long boat ride up to a sandy beach where we dropped anchor. We floated in the water and played on the beach for quite a while and it felt amazing! I love lake days so darn much! 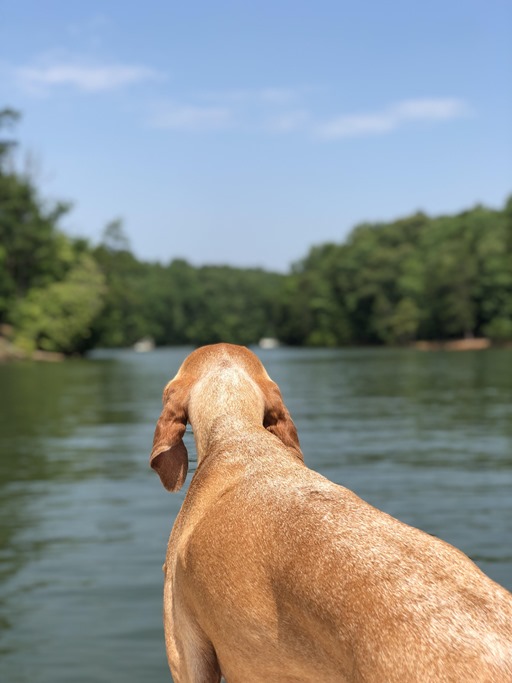 Before heading home, we boated over to my friend Carrie’s parents’ house and spent some time hanging out with her crew. Our parents hit it off immediately and since Carrie’s daughter Lilly is one of Chase’s BFFS, he was in heaven.

Eventually we made it home and settled Chase down for a (very) late afternoon nap. He slept like a rock for several hours and my mom, dad and I headed off to the grocery store to pick up some food to accompany the fresh grouper my dad brought with him that he got on a spearfishing trip in Florida last week. 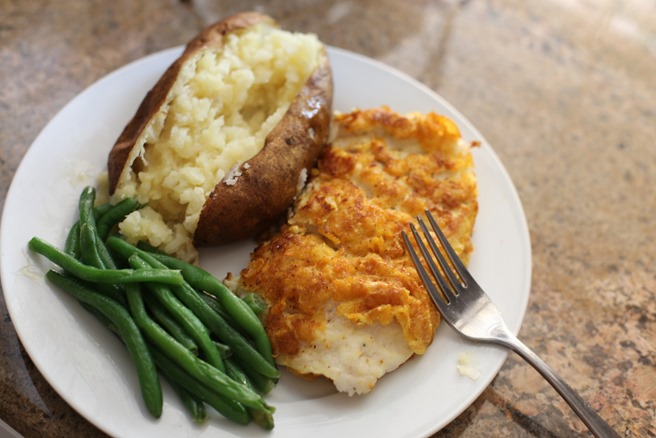 We dug into grouper with a side of baked potatoes and green beans for dinner and watched the Belmont Stakes which took me and my mom back to my 2015 family baby shower weekend! The last time a horse won the Triple Crown I was also pregnant so apparently pregnancy = Good luck for Triple Crown horses over here.

Our Saturday night concluded with pie and ice cream which was heaven for this girl! 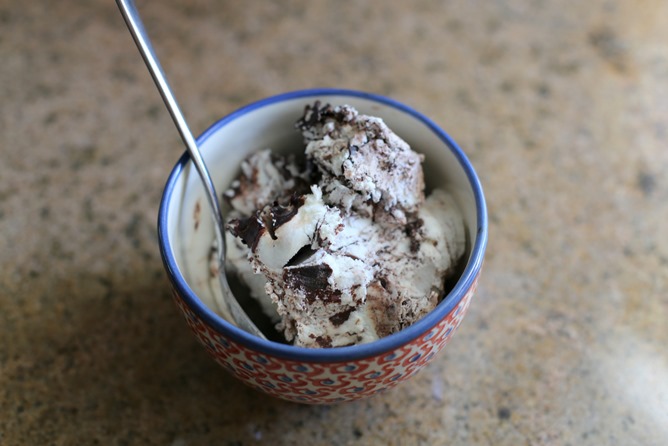 Sunday looked a lot like Saturday over here! With temperatures expected to be in the low 90s we wanted our outside activities to revolve around water again and spent the late morning and early afternoon on the lake. 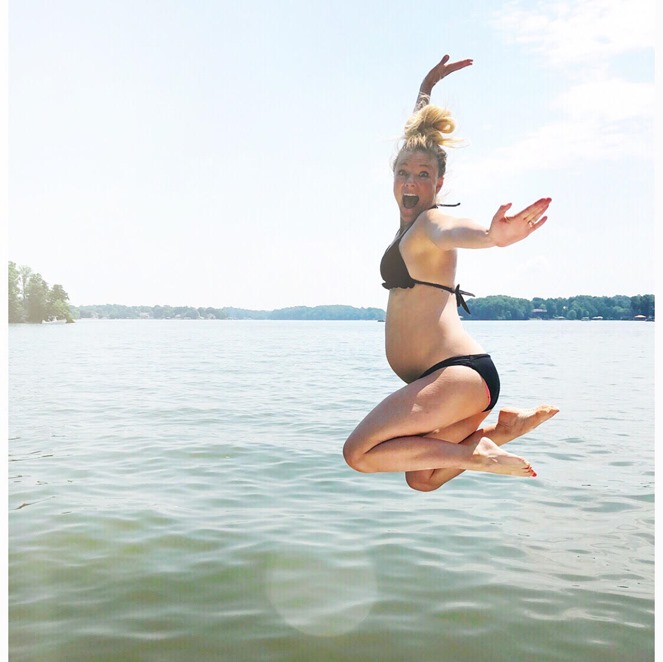 Not much feels better to me and my growing belly right now than floating in cool lake water and we spent several hours splashing around.

Chase was very into squealing and screaming whenever “Shark Dad” and Pop would sneak up on us! 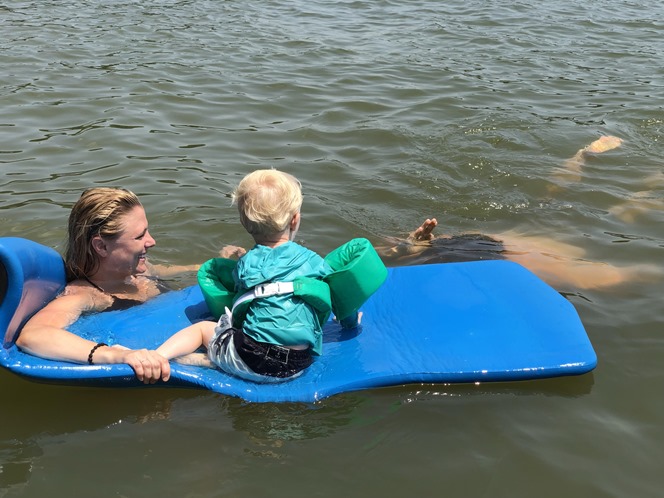 After our time on the lake, everyone was pretty tired, so we showered and changed into comfy clothes and spent the rest of our Sunday lounging around at home. We ended up grilling out in the backyard for dinner again and called it an early night!

And that was our weekend in a nutshell! I hope to see ya back here tomorrow when I’m planning to share a recap of last week’s workouts!