Good morning! How are you guys doing today? My parents arrived in town in the late afternoon on Saturday, so we’ve been thoroughly enjoying quality time with my mom and dad over course of the past two days!

Our Friday night was pretty low key, which was all I wanted after a rather emotional day. One of our very close friends got some bad news on Friday that left us heartbroken as we fluctuated from feeling tearful and sad to upset and angry and, eventually, hopeful and faithful.

Ryan and I decided to spend our Friday night as a family of four (Sadie is clearly a family member!) and headed to a local park to talk while enjoying the some fresh air. We also wanted to push Chase on the swings again since he seems to be loving them more and more these days. Once we made it home, we ate dinner, put Chase to bed and ended up climbing into bed rather early ourselves.

After we woke up and ate a quick breakfast of eggs and avocado toast, Ryan drove to the gym while I headed into the backyard with Chase and Sadie for some outside playtime. Chase has really been into tug-of-war lately and finds it hilarious, so that kept him entertained and giggling for a while… “for a while” being 5 minutes which is “a while” in baby time these days. 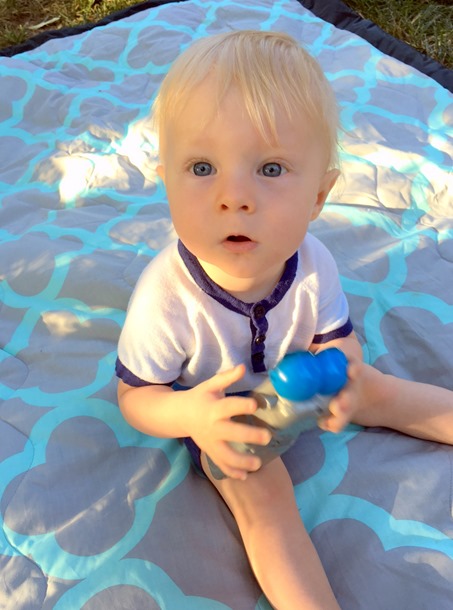 Ryan made it home from the gym in time for me to make the early boot camp class, so I headed off for a metabolic conditioning workout while Ryan took Chase and Sadie for a walk around the neighborhood.

Eventually we all ended up back and home and while Chase napped, we did laundry and a few other things around the house in preparation for my parents’ visit. And then it was time for our first Father’s Day adventure of the weekend!

Chase and I took Ryan out for waffles at Cast Iron Waffles, a new restaurant in the area, since we know Ryan’s love for Belgian waffles runs deep. The restaurant offers a handful of specialty waffles in a casual order-at-the-counter environment, so it was a perfect spot to bring a baby and grab some delicious breakfast fare. 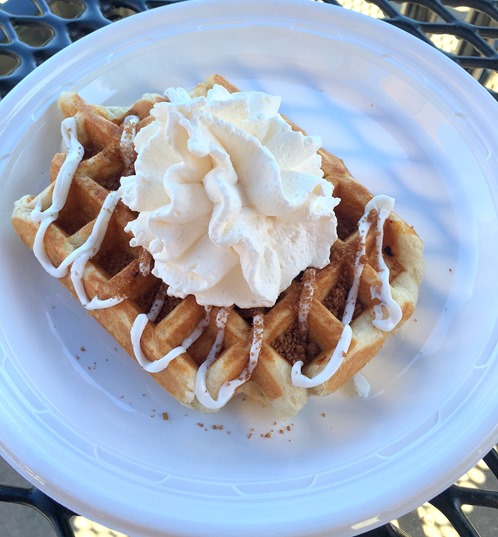 The cinnamon roll waffle was fantastic (I requested whipped cream which does not normally come with it, but was a welcomed addition) and the size was perfect in that we didn’t leave left the restaurant feeling overly stuffed which is kind of how I anticipated feeling after eating Belgian waffles! We will absolutely be back!

After a quick grocery store run on our way home, Chase was ready for his afternoon nap, so after I nursed him and put him to sleep, I wrapped some Father’s Day gifts and did some work on the computer while Ryan tackled some yard work. And then it was boat time! 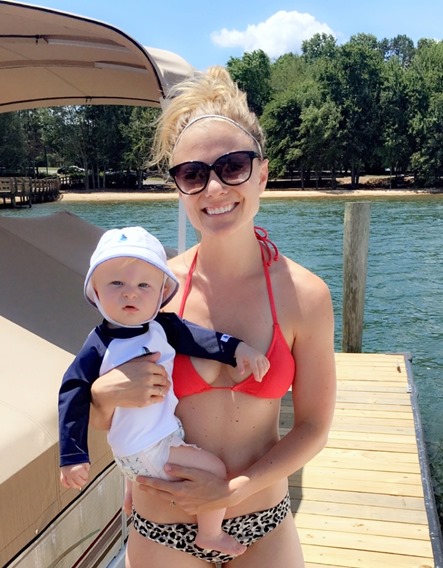 (Side note: Do any other parents out there ever see pictures of their babies and think the photo looks nothing like their baby? That’s how I feel about Chase in the above picture! Maybe it’s the hat? I swear that doesn’t even look like him!)

The weather this weekend was unbelievably gorgeous – sunny with little humidity – and we spent a few hours out on the lake enjoying the upper 70-degree temperatures. 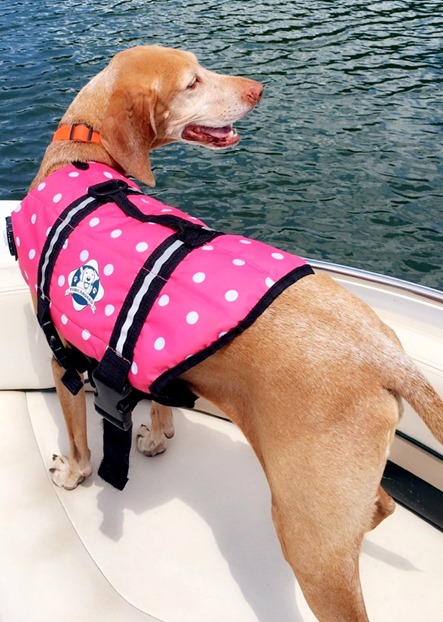 By the time we made it back to our place, my mom had just arrived in town from Raleigh (she was there helping my aunt after surgery) and Ryan headed off to the airport to pick up my dad while my mom and I played with Chase and fed him before we could tell he needed a little cat nap to tide him over until bed time. He was up again before the guys arrived back home and we spent the rest of the night grilling out and lounging in our backyard. 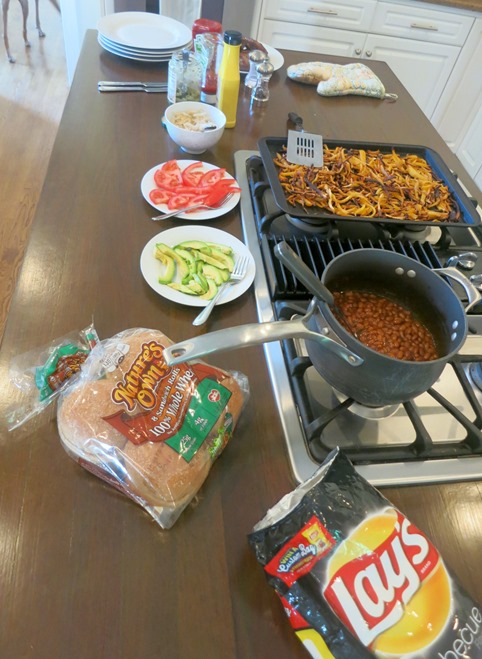 It was so wonderful to have everyone together!

Sunday was Father’s Day and I felt like quite the lucky girl to be able to spend Father’s Day with both my dad and Ryan! My mom and I did our best to make the guys feel extra special and kicked off the day with breakfast on the patio before heading out on a quick walk with Chase and Sadie. 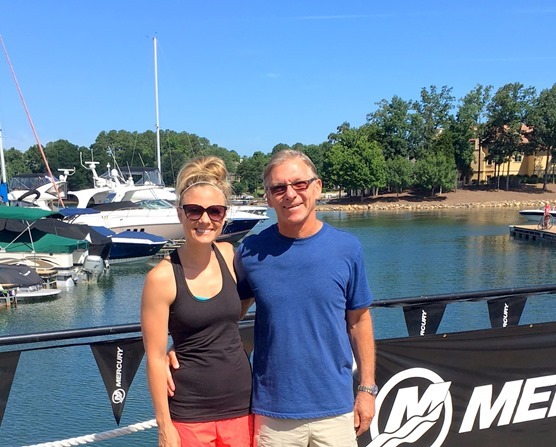 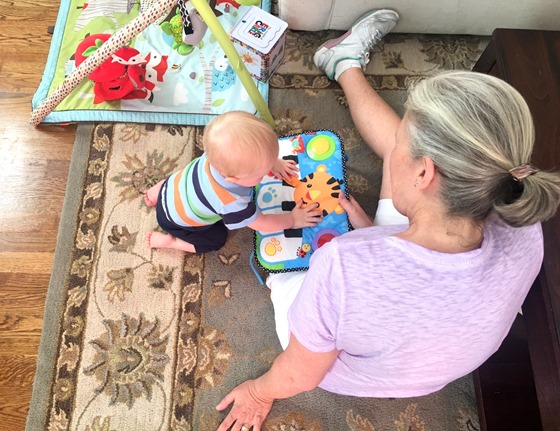 I made baked steel cut oatmeal and a frittata and there were no leftovers, so I’ll consider the meal a success! Over breakfast, we had the guys open their gifts. I outfitted my dad and Ryan in some new gym apparel and also gave them framed pictures from Chase, among other things. I had Chase wearing a hat my dad wore as a baby in the photo for him and I tried my best to pose Chase with the letters D-A-D in a frame for Ryan. 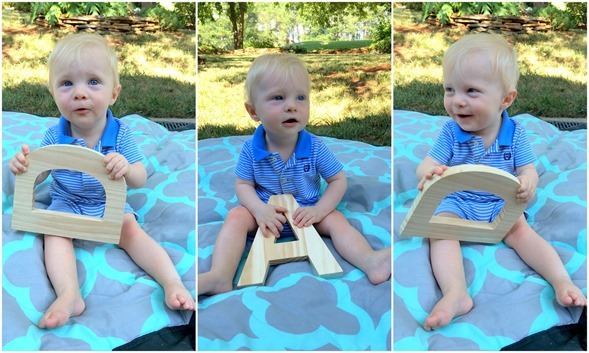 Let’s just say the D-A-D themed photo gift looked a lot more picture perfect on Pinterest but since I took the pictures with my iPhone and did my best to work around a crazy dog in our backyard, I’ll consider them a success.

Here’s a lovely outtake for you featuring our favorite furry lady who clearly wanted to be included in the gift: 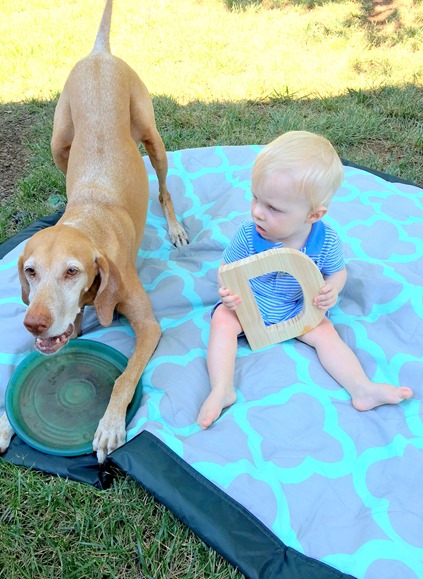 We spent the rest of our Sunday on the boat, eating oven baked fajitas for lunch and relaxing around the house before ordering Thai takeout for dinner. 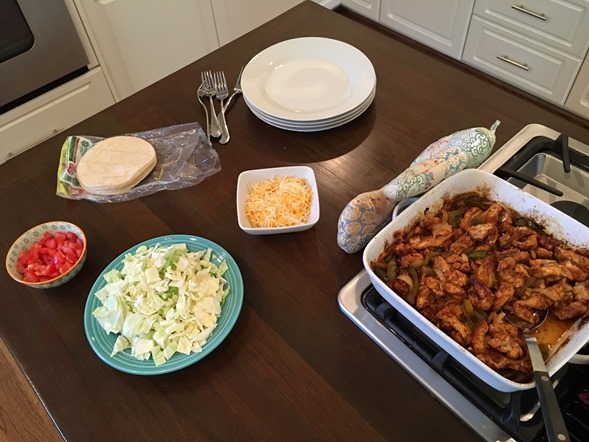 It was a great Father’s Day and I’m looking forward to two more days with my dad before he heads back home to Florida! (My mom left first thing this morning for Raleigh to help my aunt with her surgery recovery again this week.) I hope you guys have a great week!