Navigation
Good morning and Happy Tuesday! It is a pretty darn good Tuesday over here so far because my dad is still in town. He leaves late this evening, but let’s not talk about that, okay? My dad’s Father’s Day weekend visit came at the perfect time and it’s been so great to see him interact with Chase as they get to know each other better. Living away from family can be challenging at times, but visits like this definitely help make the distance bearable!

Our Monday morning began bright and early when Chase started making noises in his nursery at 6 a.m. He’s been waking up earlier and earlier these days and while he used to go right back to sleep for about an hour after a morning nursing session at 6 a.m., he’s been up and ready for playtime every morning by 6:15 a.m. which completely obliterates my morning work time, but I’m trying to learn to roll with it (and also kind of hoping it’s just a little phase).

Once Chase was up and fed, we said goodbye to my mom before she headed off to Raleigh to help my aunt with her recovery after her biceps tendon surgery and set up camp in the backyard with my dad to enjoy coffee and breakfast on the patio. The mornings this week have been slightly cool and absolutely gorgeous so we wanted to take advantage of the chill and eat outside.

We chatted and played but before too long Chase started to get fussy and I knew he needed a nap. When he wakes up at 6 a.m., he doesn’t last long, so he was back in his crib for a morning nap just before 8 a.m. My dad encouraged me to sneak in a workout while Chase was sleeping, so I took him up on his offer to be on baby monitor duty and drove to Burn Boot Camp for a push/pull strength workout. 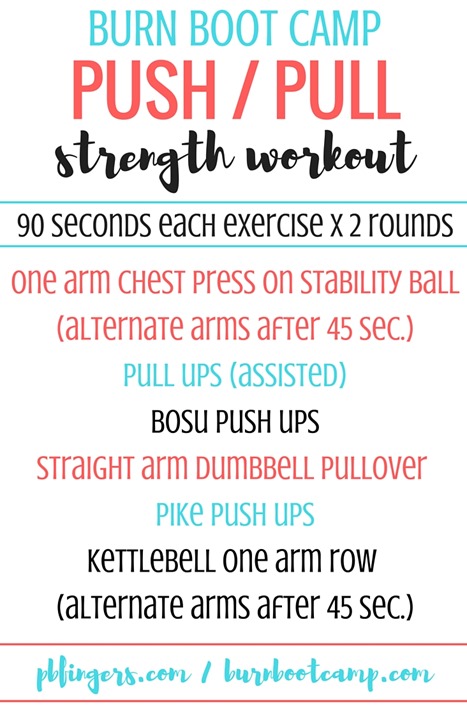 Before and after each round, we completed one minute of the following burst:

It was an upper body scorcher and it felt good to sweat! There’s something about a great workout on a Monday morning that I just adore. It seems to set the tone for the week ahead and kick things off on a healthy, active note.

Chase woke up a couple of minutes after I walked through the door, so my dad leashed Sadie up and we all headed out on a 40-minute walk around a local park. By the time our walk was done, Chase was ready for another nap, so we picked up some food for lunch and headed home.

While Chase napped, my dad and I chatted in the kitchen and it was so nice to have some uninterrupted time with him. I also tackled a little food prep and got to work on dinner for the night ahead.

I wanted my dad to try PaleOMG’s spaghetti pie that we’ve been raving about for months since he seemed intrigued by it and cooked a spaghetti squash in the microwave so it would be cool and easy to work with when we were ready for dinner. 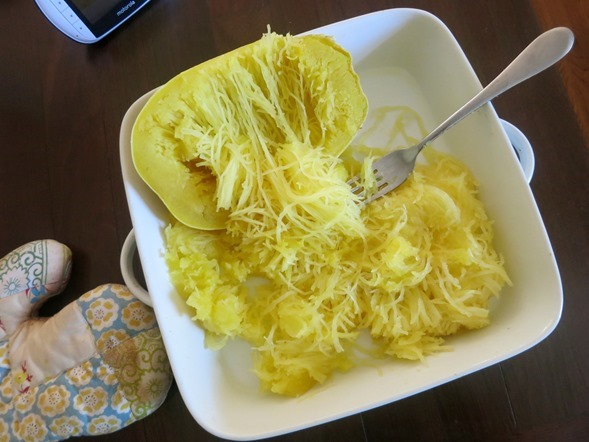 I was a little apprehensive about cooking a whole spaghetti squash in the microwave, but it worked SO well! I’ve done it four or five times now with great results! (Disclaimer: I read some online comments that said people had issues with their squash blowing up in the microwave, so proceed with caution and be sure to poke the heck out of your spaghetti squash to vent it if you try this method. If you guys want a brief/easy tutorial, just let me know. It’s totally changed the way I cook spaghetti squash!)

I spent the rest of Chase’s naptime working before he woke up and we were ready for more baby playtime. We lathered ourselves up with sunscreen and piled into the car to head to a local beach for some swimming and fetch with Sadie! 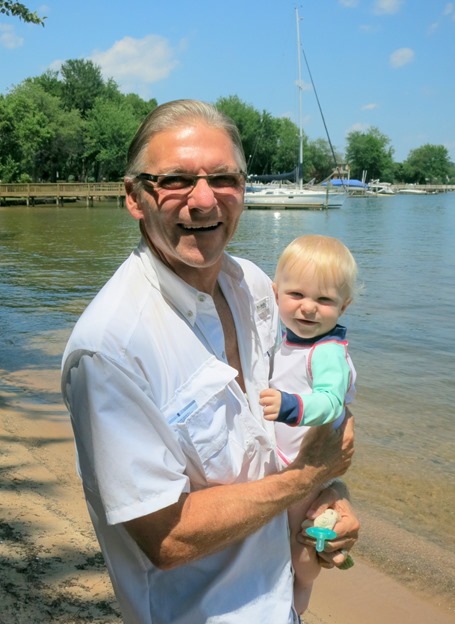 The water felt incredibly refreshing and I had such a nice time at the secluded little beach with my dad, Chase and Sadie. It was a wonderful way to spend an afternoon! 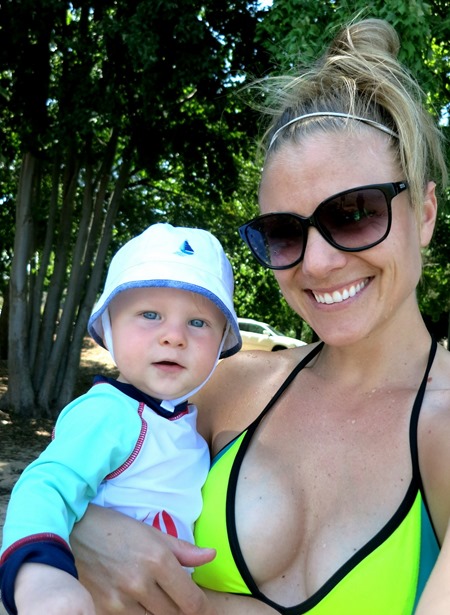 We arrived home around 4 p.m. and spent the next few hours entertaining Chase in the living room and on the swing in the backyard while dinner baked in the oven.

Unfortunately Chase needed to head to bed before Ryan arrived home from work but he definitely had a day full of love from his mom and grandpa!

By the time Ryan made it home, we were ready for dinner and dug into the spaghetti pie on the patio. 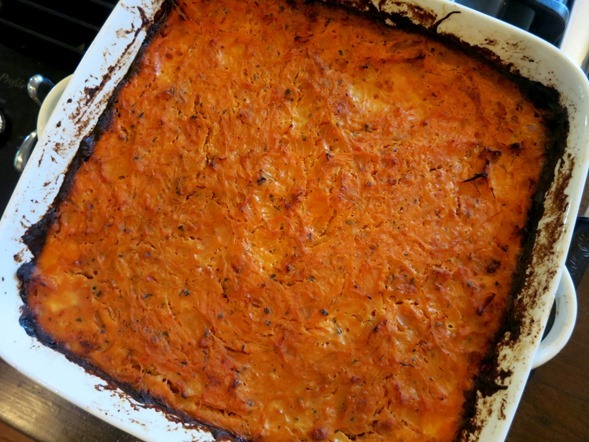 My dad gave it rave reviews and said it lived up to the hype!

I am hoping this Tuesday passes by niiiice and slow because it is my dad’s last day here. He is leaving late this evening so I’m off to soak up every last minute I have left of his visit.

Have a great day, my friends!