Navigation
Hello from the Hopefully Healthy Fagan Household. (<– Fingers crossed and then re-crossed another 10 times that this holds true!) The past few weeks have been a little rough over here for our crew and we were back at the doctor’s office on Wednesday after Chase spiked a high fever. I kept Chase home from school for the remainder of the week and we prioritized lots of rest and thankfully by Friday morning he was fever-free and much better… but then of course Ryder followed suit. Our pediatrician said that the chart for this year’s cold and flu season looks like nothing… nothing… nothing… and then BAM! The past few weeks have apparently been rough all over the country and we’re definitely feelin’ it over here. I hope all of you are staying healthy!

Our boys seem to be passing germs back and forth and we’ve been hunkering down at home a lot lately and this weekend included a lot of home time again. Thankfully the weather was gorgeous on Saturday which allowed us to spend some time outside as a family which helped a bit with cabin fever.

Since sick kids meant I only managed to get in two workouts last week (and one was pretty lackluster and a heavily-interrupted at home workout), I really wanted to make it out to Burn Boot Camp for a workout on Saturday morning. My mind needed the workout more than anything since I was feeling a little stir-crazy and it felt fantastic to get my heart rate up and work up a sweat.

I arrived home just as Ryder was ready for his morning nap, so I nursed him and put him down before showering and getting ready to head out to a birthday party with Chase while Ryan hung back with Ryder.

The birthday party took place at a local fire station which was SO COOL. 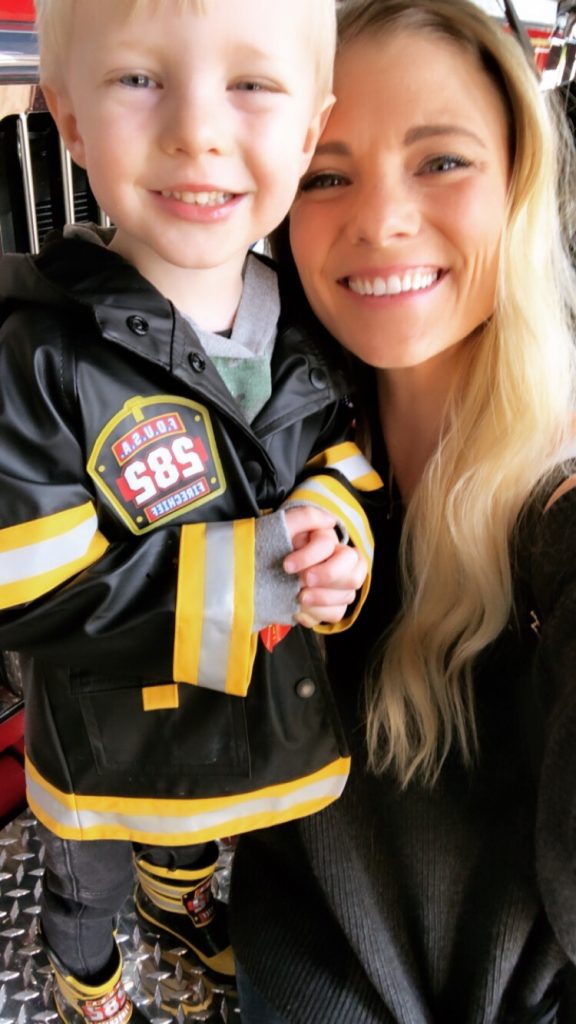 When we got the invitation to Chase’s friend Matthew’s party, I figured we would just be taking the kids to see a fire engine in the parking lot of the fire station but a fireman took the kids on a tour of the station, passed out stickers when they answered questions correctly, opened the doors of various engines for the kids to hop in and explore, let them check out real fireman’s fire suit and more.  It was basically heaven for Chase and he was so excited to wear his fireman rain jacket and rain boots to try to look the part! (His fireman rain gear was part of one of his most recent StitchFix Kids deliveries — and easily his favorite StitchFix find to date — but I also found them online at Nordstrom.) 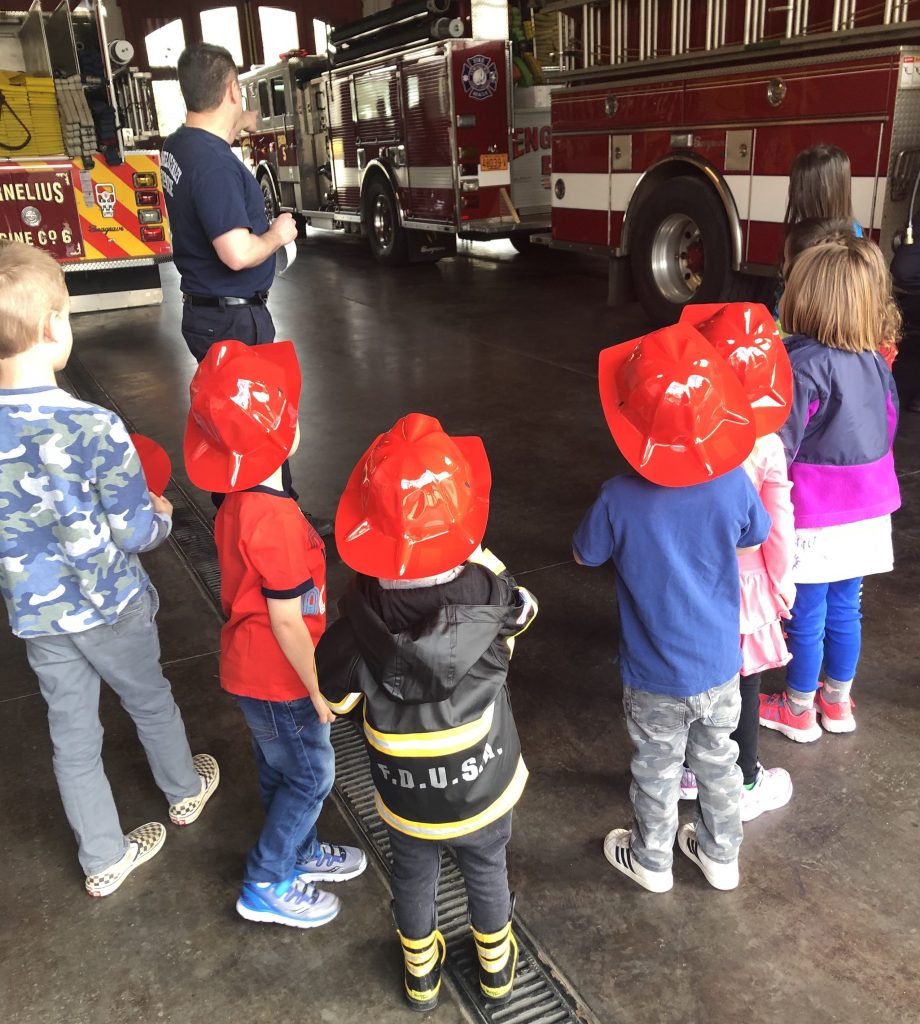 For those who might be wondering about planning a birthday party at a fire station (I certainly was curious!), I asked Matthew’s mom about it and she said she got the idea from a friend who planned a fire station birthday party in New York. While not all stations can accommodate a party, she had good luck after the initial station she called referred her to a larger fire station in our area and they were willing to allow a small group of kids at the station for an hour. I’m not sure how it works everywhere but the fireman I spoke with said they love doing something like this on occasion as a way to talk with people and kids in the community, too. It was awesome! 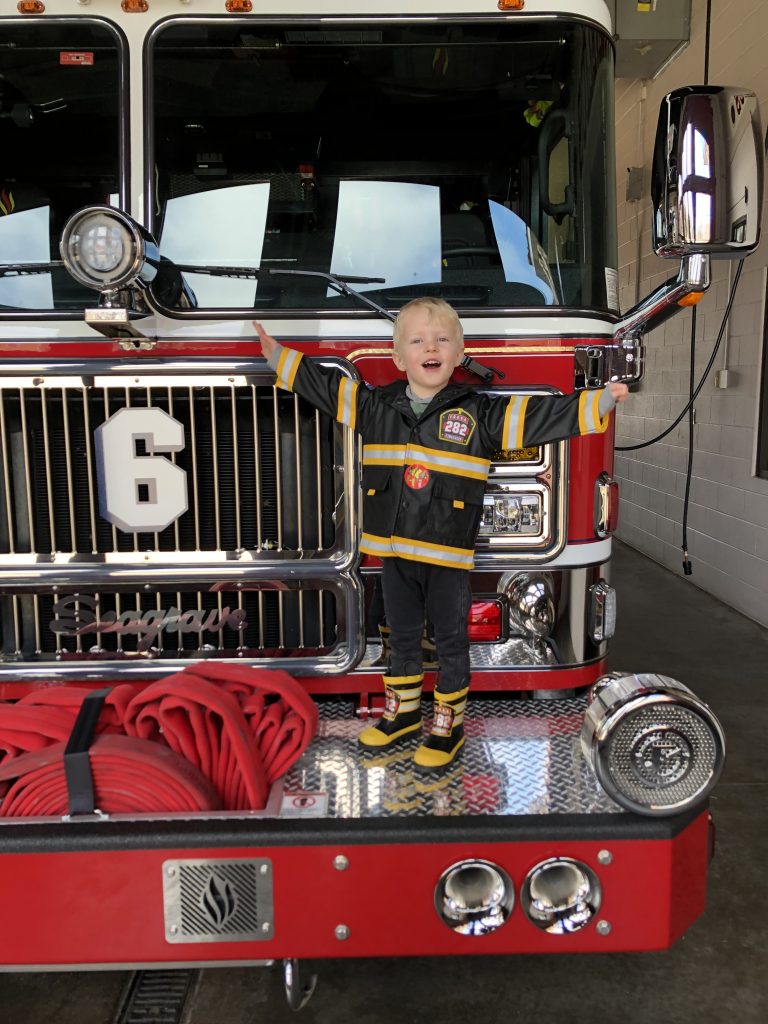 After the party, our group went out for pizza and cake before it was time to head home. Chase and I made it home as Ryan, Sadie and Ryder were arriving home from a walk and we played a bit before we tried to get both boys down for a nap. Ryder’s fever seemed to improve throughout the day but we still wanted to take it easy and spent the rest of our Saturday close to home.

We managed to get the crew out and about in the late afternoon for a walk where Chase and Ryan played at the park and I hung back with Ryder who seemed to love the combination of snacking on a pouch of baby food in his stroller while he enjoyed some fresh air and watched the big kids run around. 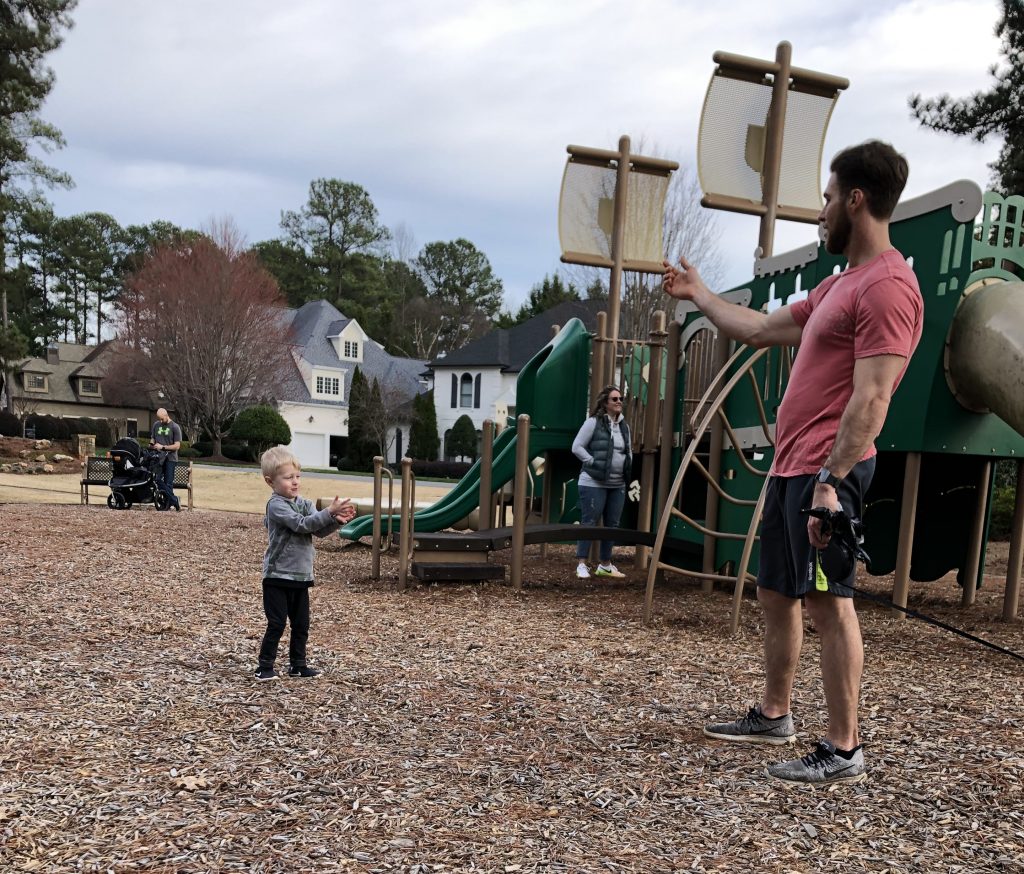 Our Saturday night dinner looked like homemade pizza and ice cream — the dinner of champions! 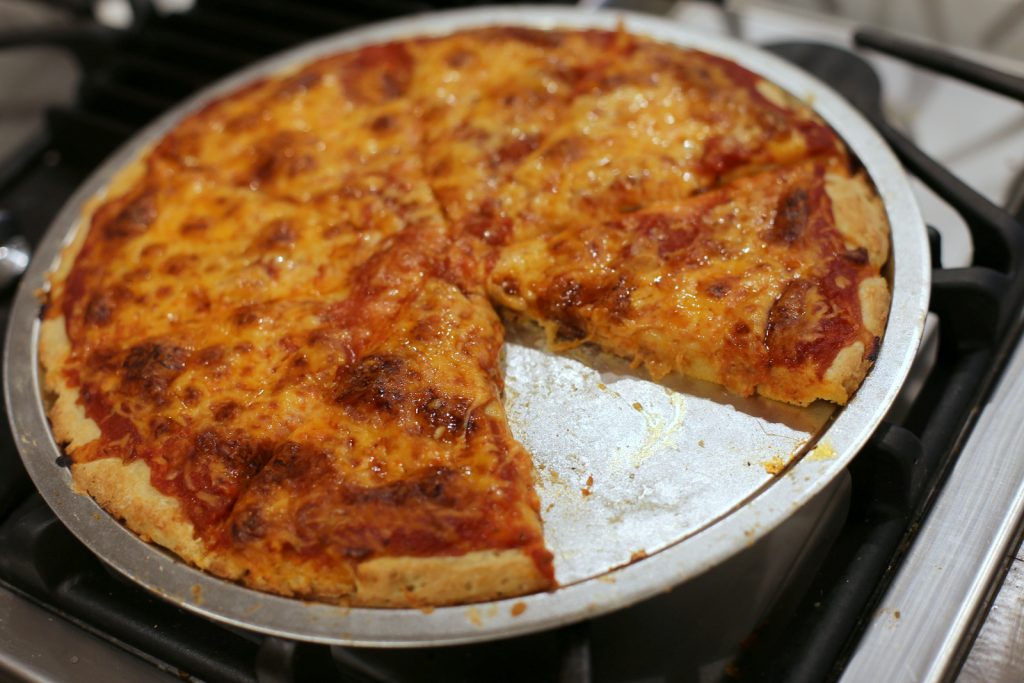 I was pretty exhausted by the end of the day on Saturday since I was up a bit in the night with Ryder the night before and happily crawled into bed to read after we got the boys down for the night. I ended up finishing Along The Infinite Sea, the third of the Schuyler Sisters novels I’ve been loving, and it was fantastic. Something about the way Beatriz Williams writes reminds me loosely of Sarah Jio, one of my all-time favorite authors, so I have a feeling I’ll be making my way through all of her books at some point in the coming months.

Sunday morning was a bit gray and chilly but since the forecast called for rain, we were determined to get Sadie out on a walk and soak up some fresh air to kick off the day. We bundled up the kids and headed off on a short 2-mile walk around the neighborhood before we made it home for Ryder’s morning nap and a big Sunday breakfast! 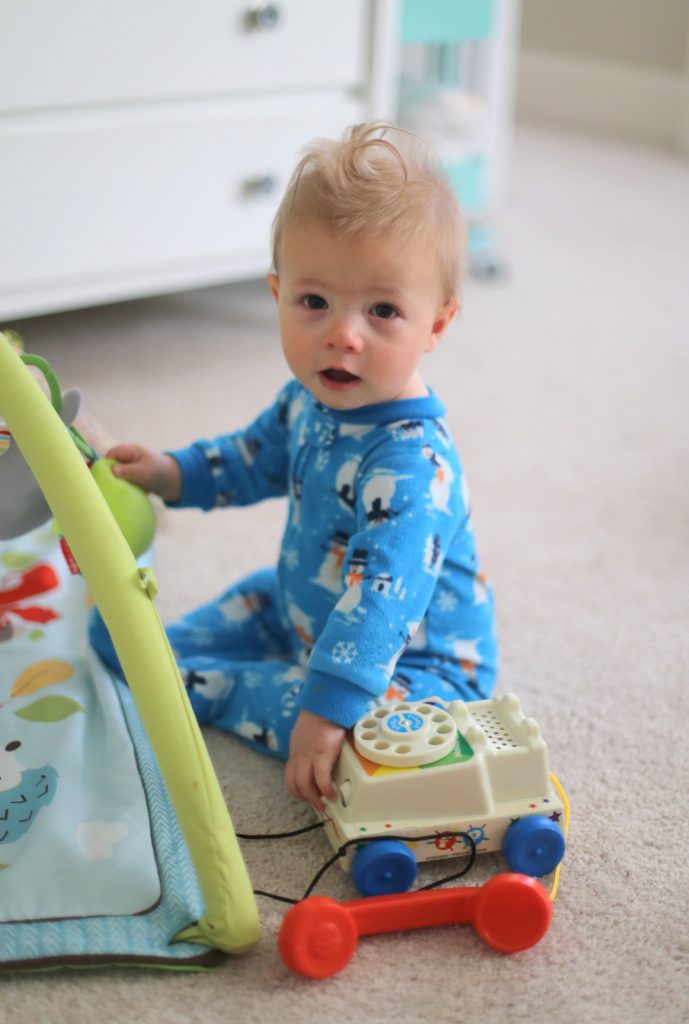 On Saturday, Ryan slow cooked a bunch of bacon using a method a friend of his told him about so we had a bunch of ridiculously delicious bacon on hand to use in a batch of scrambled eggs with buttered jelly toast. Sometimes the most basic breakfasts are the best! 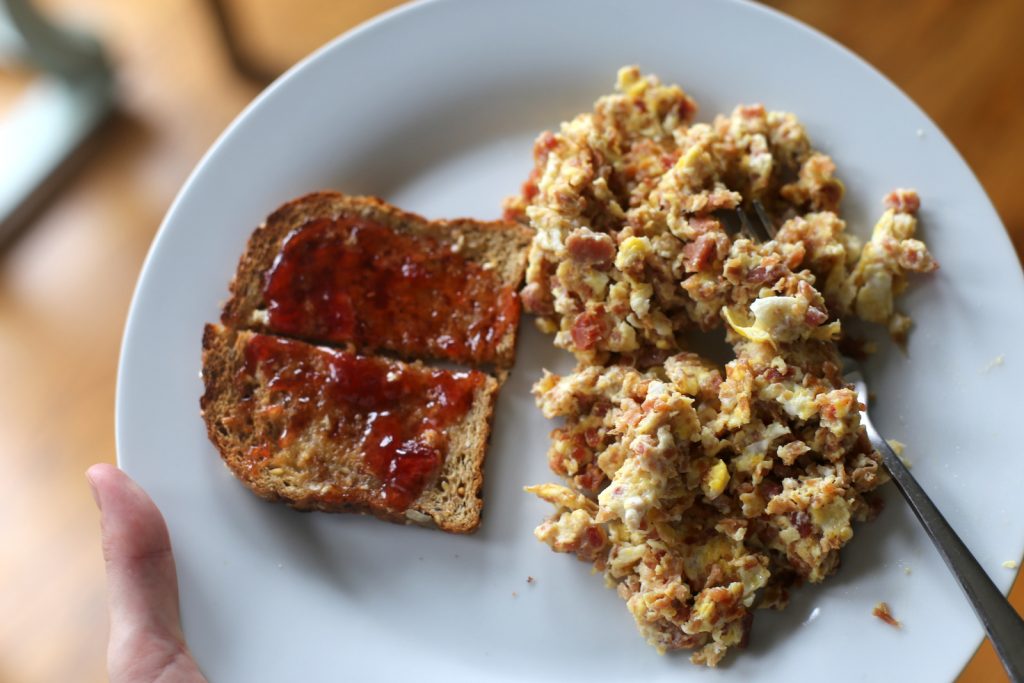 As Ryder napped, we hung out with Chase and got some random chores done around the house before it was time to do some grocery shopping for the week ahead. I also needed to snap a quick picture outside of Whole Foods for an Instagram giveaway I’m doing later this week (stay tuned) and by the time all that was done, it was lunchtime! 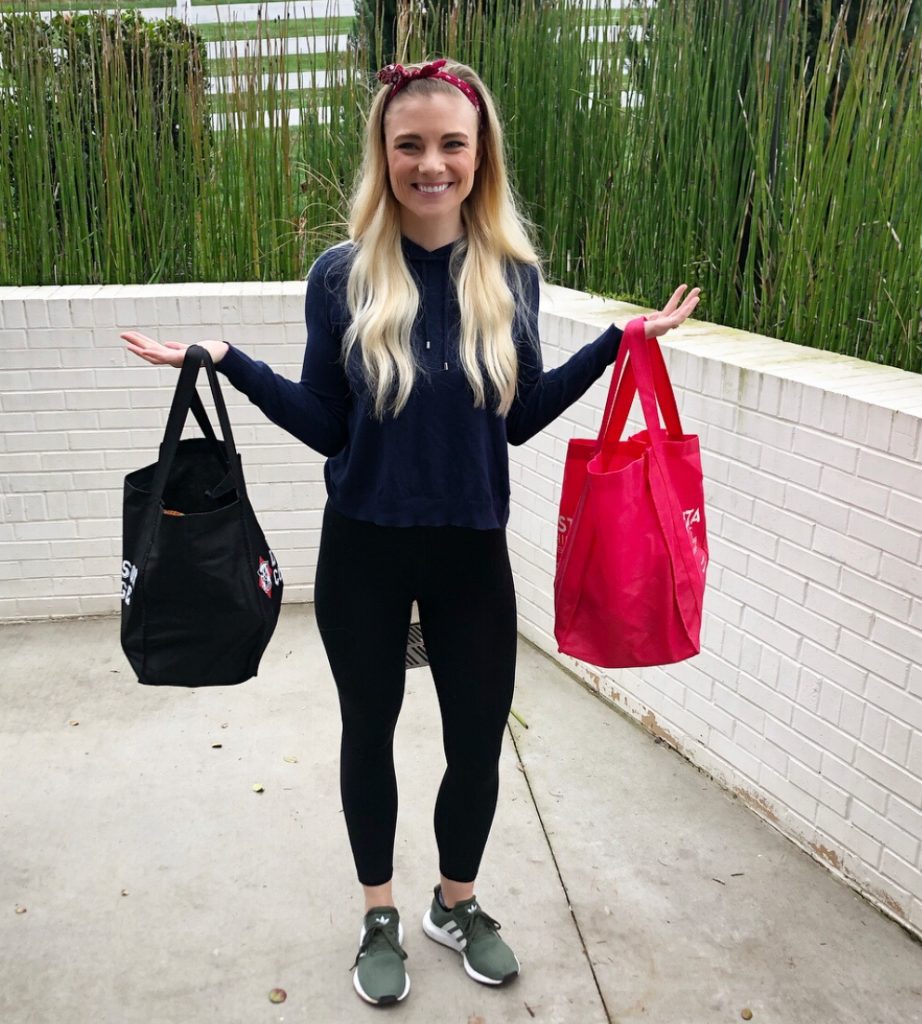 After lunch and naps for the boys, the rain started to pick up, so we figured the best way to spend the rest of our Sunday was curled up at home in our pajamas.

Sadie helped me get a little work done during nap time! 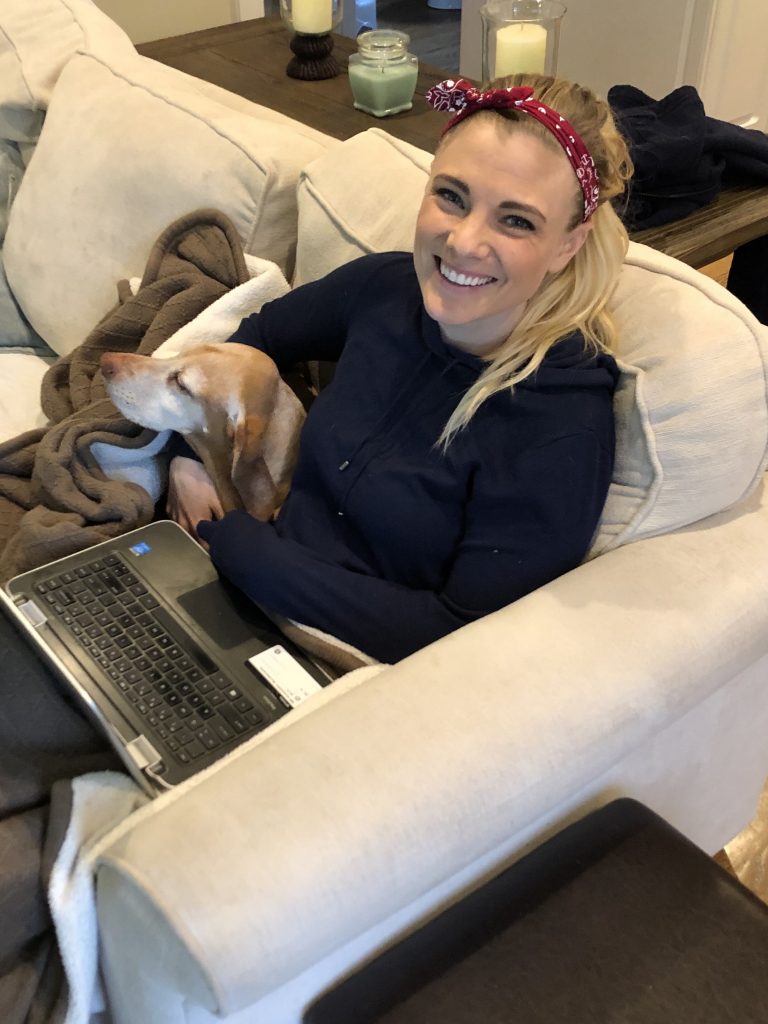 We’ve had our fair share of rain in Charlotte this winter but there’s something about rainy Sunday nights I admittedly love. They just feel so cozy even if there is mayhem happening inside our home at all times… 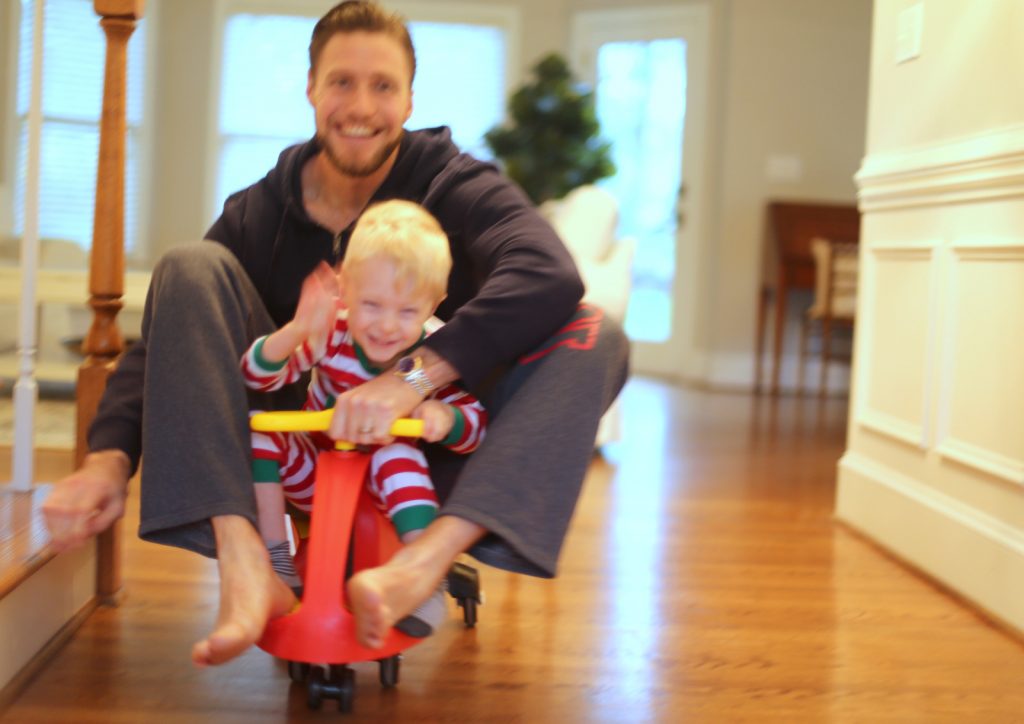 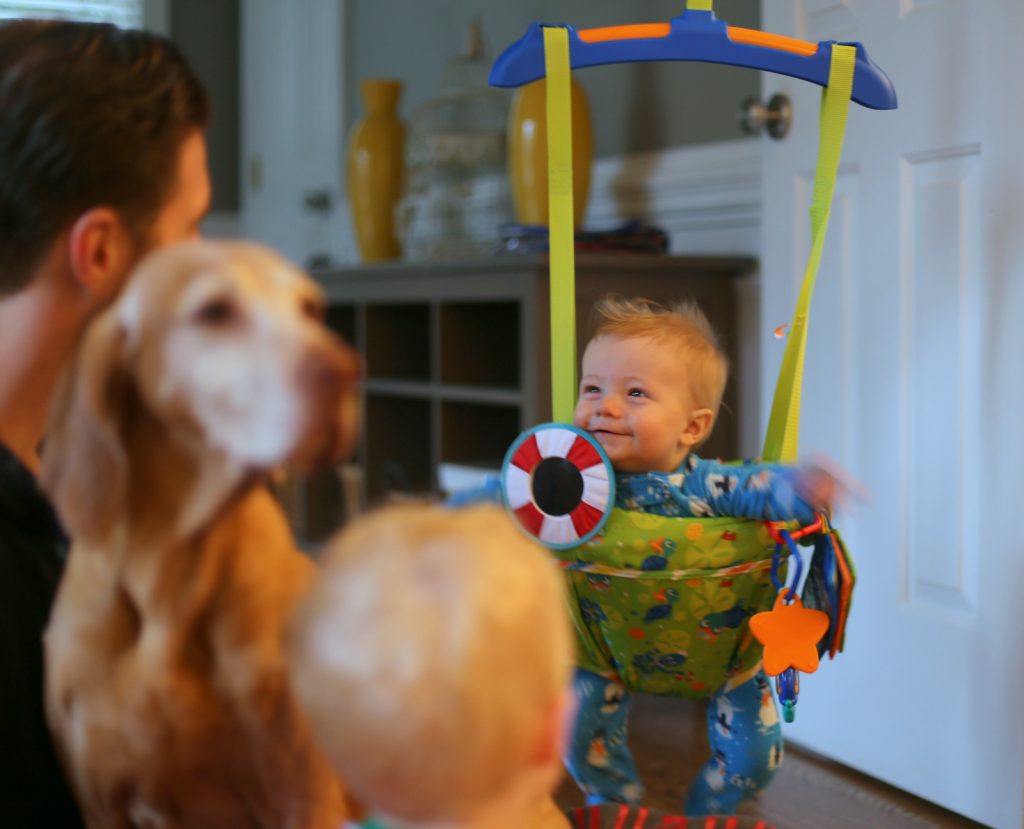 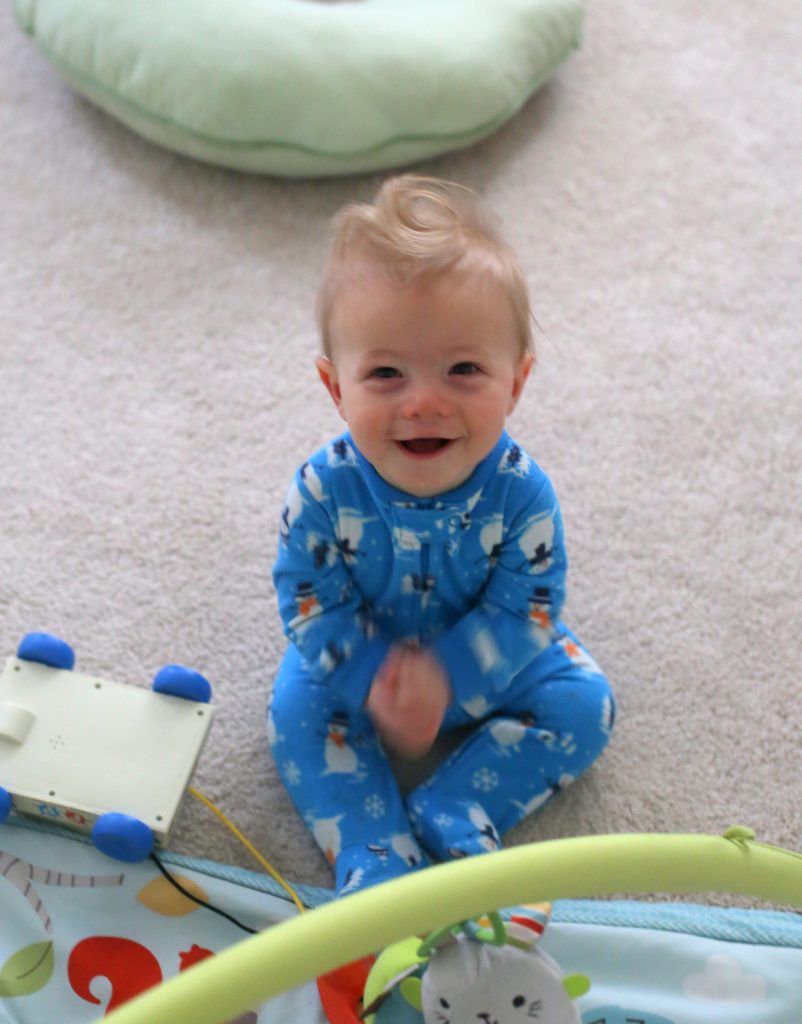 And now I’m off to get this Monday rollin’! I hope you all have a wonderful, healthy week ahead!