Navigation
Today we honor those who made the ultimate sacrifice for our freedom. We are the land of the free because of the brave and I am so grateful for the freedoms we have because of the men and women who gave their lives for our country. Thank you.

On Saturday afternoon, we went to our first NASCAR race! But let’s back up a bit and start from the beginning.

On Saturday morning, I woke up at 5 a.m. because Chase made some noise in his crib and I couldn’t get back to sleep. One of these days I will be able to turn my mind off when that happens but that day wasn’t Saturday, so I got out of bed and headed downstairs for breakfast and some quiet work time on the computer. Ryan got up not long after me, and since our day began earlier than usual, I was able to make it to the early Burn Boot Camp class for a cardio sweat session. 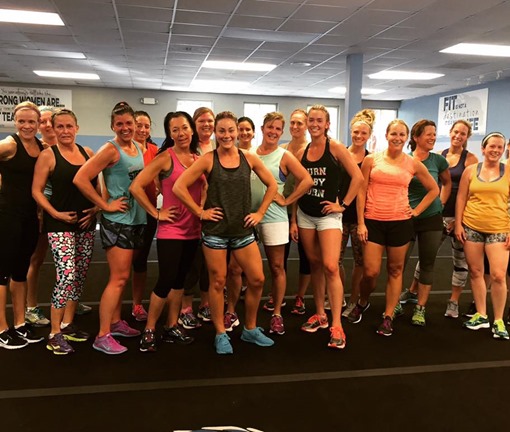 I’m so glad I made it to the early class because everyone had a blast working alongside one of our favorite trainers on her birthday. Beth’s training style is my favorite. She combines humor with encouragement but definitely does not shy away from pushing you when you need it or when she can see you aren’t laying it all out there. (Plus, she plays a lot of throwback rap that seriously motivates me during a workout.)

We concluded the workout with 29 birthday burpees, one for each year of Beth’s life (birthday burpees are a BBC tradition) and I arrived home feeling sweaty and great. I love kicking off the weekend with a great workout!

Ryan and Chase were playing together when I walked through the door and after we fed Chase breakfast and I ate a bowl of overnight oats for breakfast number two, we headed out on a short walk with Sadie. It was beautiful outside and there were already a lot of people out and about enjoying the holiday weekend.

Once we arrived home from our walk, Chase went down for his morning nap while we showered, ate lunch and got ready for the day. We had plans to drive to the Charlotte Motor Speedway in Concord for our first NASCAR race. To say I know nothing about NASCAR is an understatement, but we were all excited to see what all of the excitement is about because Charlotte is definitely a NASCAR-lovin’ city. 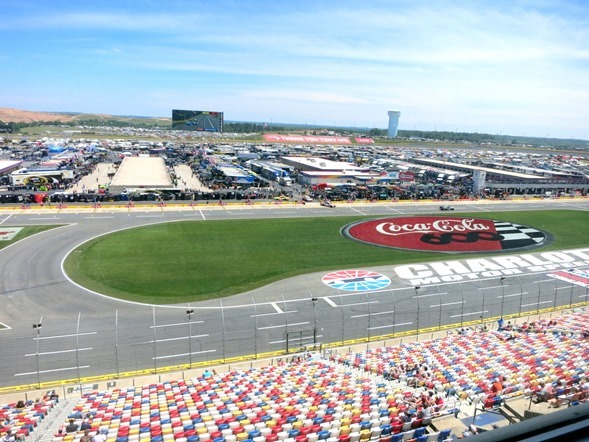 Ryan entered a drawing for tickets to the Hisense 4K TV 300 (part of the XFINITY Series) at work and since the original winner could not go and Ryan was the alternate, we were able to attend and ended up having a blast! 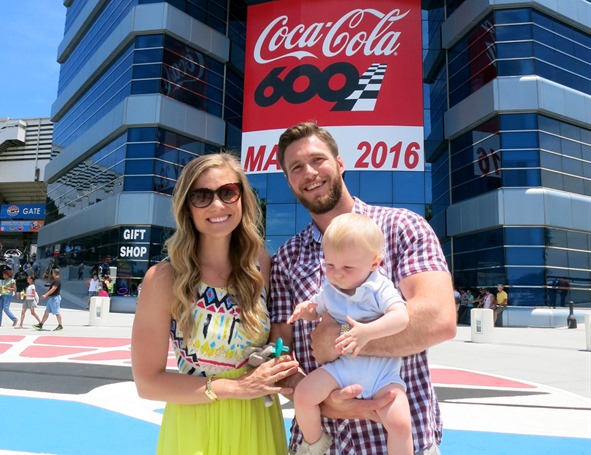 Though the big race of the weekend, the Coca-Cola 600, occurred the following day, there was still a lot of excitement surrounding Saturday’s smaller race and I was surprised just how much I enjoyed watching the race. There is an undeniable energy and a certain level of adrenaline you feel at a NASCAR race that’s electric.

We had earplugs for Chase but fortunately the suite we were in muffled a lot of the sound. I was still shocked by how incredibly LOUD the cars were, even though everyone warned us that it would be very noisy. 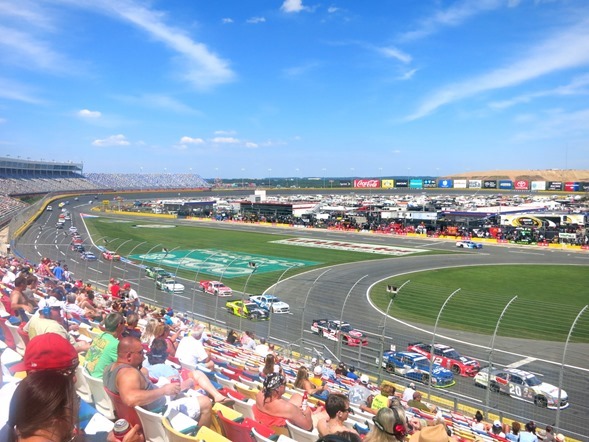 We weren’t sure how Chase was going to do at the race, but he was such a trooper! I think it helped that the suite had a lot of food available, so we busted out Chase’s bandana bib and spent a lot of the race distracting him with pieces of chicken. 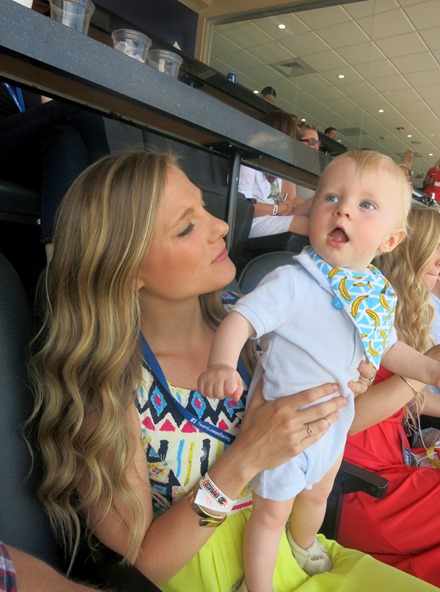 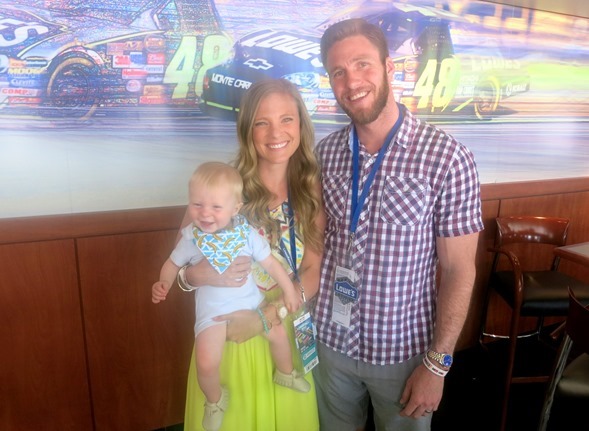 We left the race a little early because Chase started to get fussy and we knew we were pushing our luck, so his earplugs went in as we made our way back outside to our car. 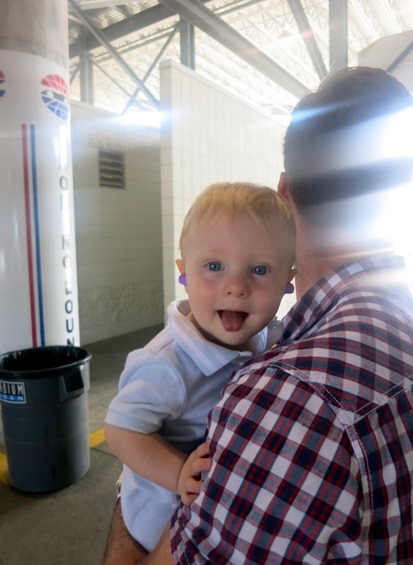 Since Chase powered through his usual afternoon nap, he ended up falling asleep in his crib right when we got home and only woke up briefly a couple hours later to nurse before immediately falling back asleep. NASCAR definitely took it out of him and we gave him a bunch of baby high fives for doing so well at the race.

We spent the rest of our Saturday night at home with a sleeping baby and I used a lot of the time to prep some dishes for a barbeque with friends we had on the agenda for Sunday. I’ll be back with a recap of Sunday’s fun soon!

Hope you guys are enjoying the holiday weekend!