After enjoying a tasting menu at Fleming’s in Winter Park last night – digging into six fantastic tasting courses, each paired with wine – Ryan almost had to roll me out of the restaurant. 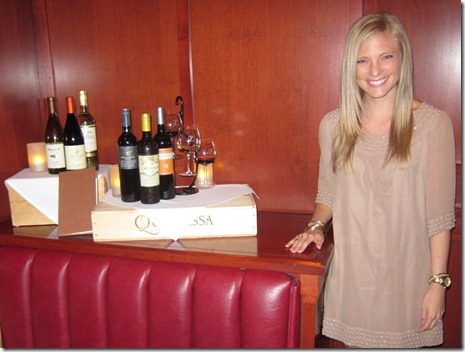 The bottles of wine you see in the above picture were the wines we sampled throughout the evening. Three whites, three reds.

A few weeks ago, I was invited to Fleming’s to sample the restaurant’s new Bar la Carte menu featuring “distinctive dishes with a great mix of bold flavors and textures, served in generous portions meant for sharing,” available at the bar. 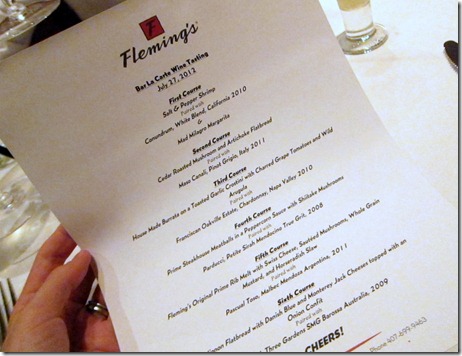 Ryan and I arrived at the restaurant in the early evening excited for a fun and unique date night! 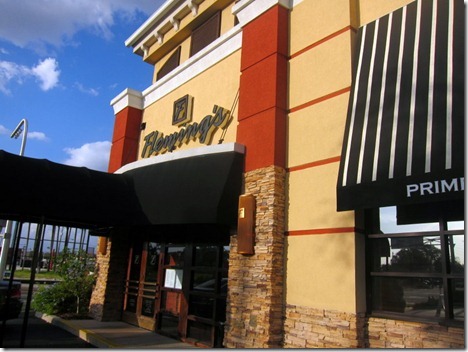 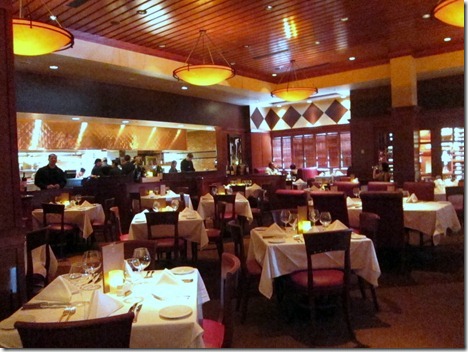 Once we were seated in a cozy booth toward the back of the restaurant, the manager, Gerald, greeted us and walked us through the tasting menu and wine pairings. 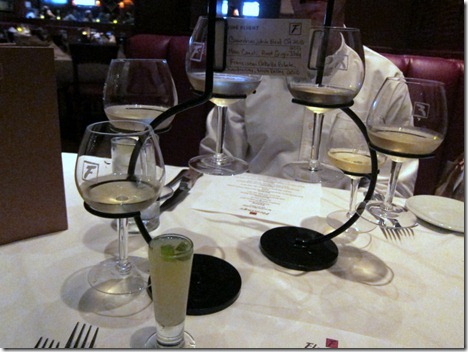 He was very knowledgeable and answered any questions we had with ease. While we waited for our first course, Ryan and I sampled the mad milagro margarita which, for this tequila-lovin’ girl, was a great way to kick off the evening. 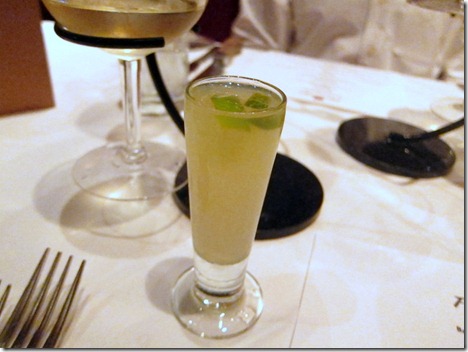 The first dish we tried was the salt and pepper shrimp, served with crispy French green beans and caper-mustard sauce that I couldn’t resist. The shrimp stole the show! 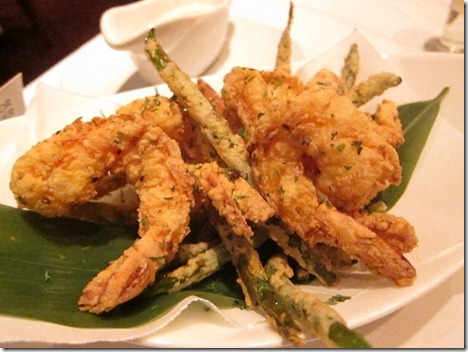 The first wine we enjoyed was a glass of Conundrum, my favorite of the night. It is made with a secret mix of California white grapes and, as Gerald explained to us, no one knows exactly what is in it, hence the wine’s name.

Our second course was the cedar roasted mushroom and artichoke flatbread with Monterey jack cheese, roasted red peppers and garlic. 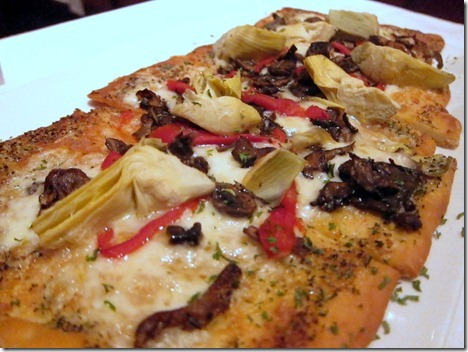 The mushrooms on the flatbread were so flavorful and I could definitely taste the hint of cedar which I thought added a new dimension to the dish. While meant to be an appetizer, this flatbread could easily work as an inexpensive entrée (it is $11), as it was rather large.

The third course of the evening, while simple at first glance, ended up being my absolute favorite of the night. 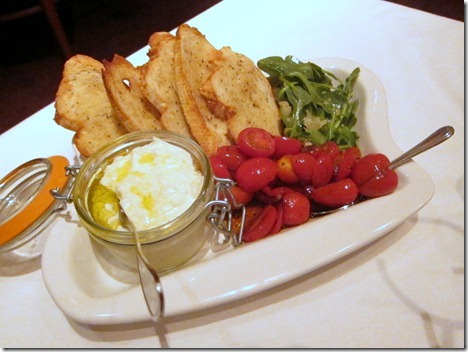 The star of the show? The housemade burrata.

Neither Ryan nor I had tasted burrata before and, as the chef explained to us, it is a fresh Italian cheese made from mozzarella and cream. It had a soft texture that made it ideal for spreading on the toasted garlic crostinis that came with the dish. 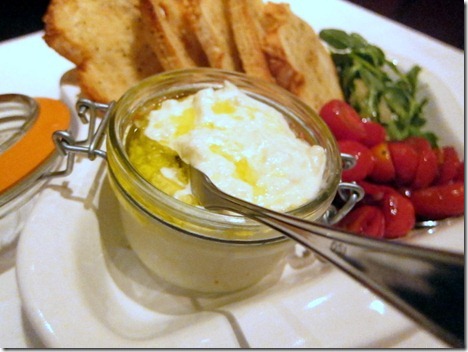 It’s safe to say that burrata is now one of my all-time favorite cheeses. If I ever see it on a menu anywhere in the future, I will be ordering it. Once we polished off the crostinis, charred grape tomatoes and arugula, Ryan and I still couldn’t stop going back for more cheese. 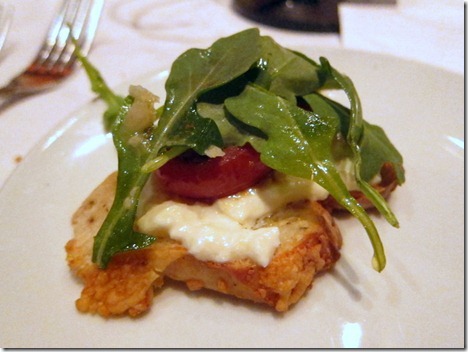 With the tasting halfway complete, our wines changed from white to red. 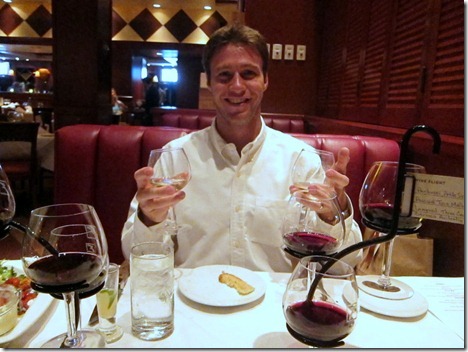 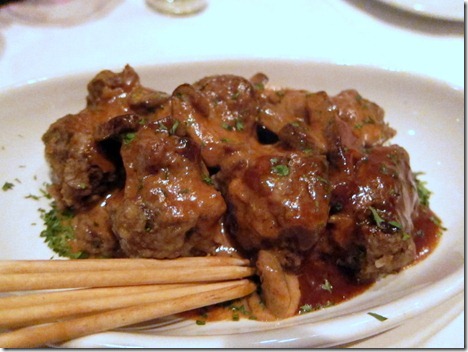 Ryan thought the meatballs were great, but I was all about the shiitake mushrooms and the creamy sauce.

At this point we were starting to feel quite full, but when the fifth course made its way to our table, our eyes lit up. 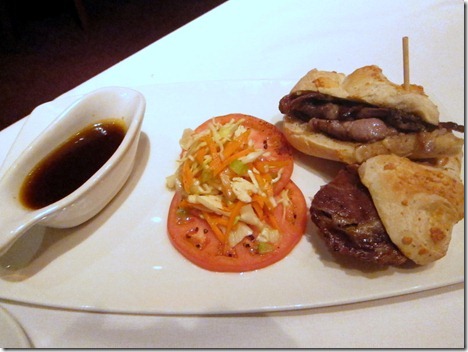 Ryan and I are both suckers for prime rib and this prime rib melt was unreal. 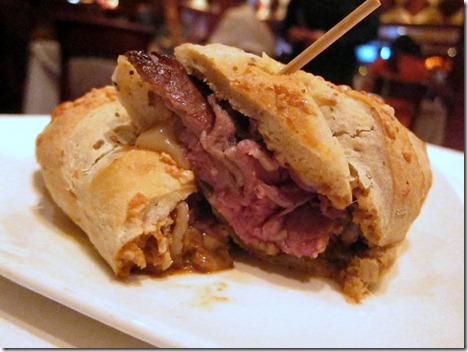 The sandwich itself was made with Fleming’s homemade sourdough bread that was absolutely incredible. The prime rib takes two days to make and was tender enough that I could slice through it with my fork. Mmm!

My “dream team” meal at Fleming’s would be the housemade burrata appetizer with the prime rib sandwich as my entrée. Perfect!

The red wine that was paired with the prime rib sandwich was the Pascual Toso malbec and was my favorite glass of red of the evening.

Our sixth course was another flatbread but this one was topped with filet mignon, blue and monterey jack cheeses and red onion confit. 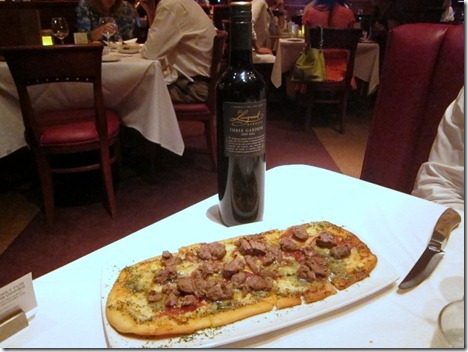 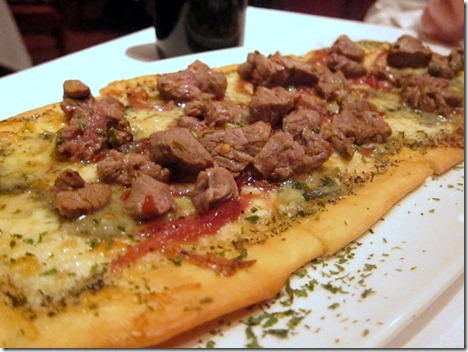 I don’t love blue cheese, so this wasn’t the dish for me, but I can say that the filet mignon and onions on top of the flatbread were fantastic. The onions were buttery and sweet and both Ryan and I made sure none of them remained.

Just when we thought our meal was over, the chef surprised us with a nine ounce filet mignon to share as our final dish of the evening. 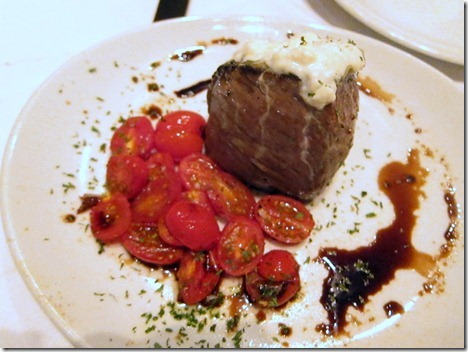 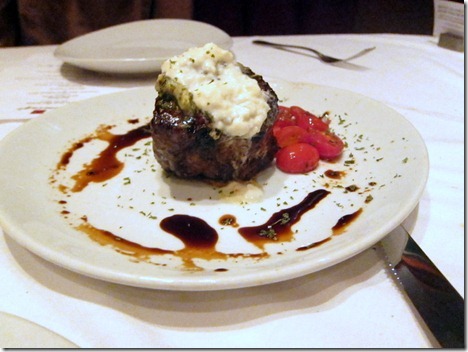 It was cooked medium rare and was perfectly pink on the inside. The filet is part of an on-going summer promotion at Fleming’s that features a new steak and sangria every two weeks through August 26.

Our entire meal at Fleming’s was delicious and I cannot recommend the housemade burrata and prime rib sandwich enough. Yum! Thank you so much to Fleming’s for such a fantastic evening!

Once we left the restaurant, we drove over to see our friends Dru and Carrie and their adorable baby boy Noah since they live nearby. 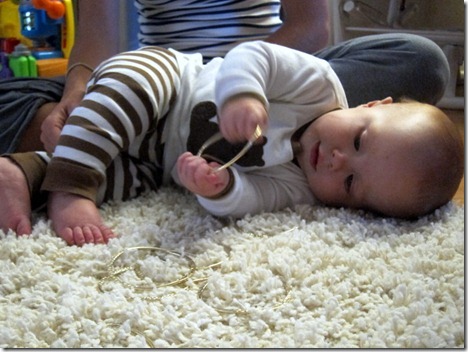 Noah has grown so much since the last time we saw him and I couldn’t get over his personality! He is such a bright-eyed little boy with the most adorable expressions.  He also happened to fall in love with my bangles and couldn’t get enough of them! 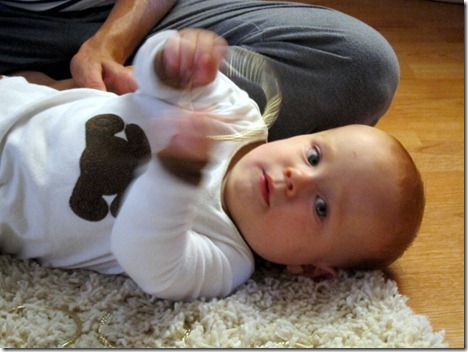 It was so great to see Dru, Carrie and Noah and we left after talking about them coming up to Ocala for the weekend sometime in the future. I wish we got to see them more often!

Eventually it was time to hit the road for home after such a nice evening in Orlando. 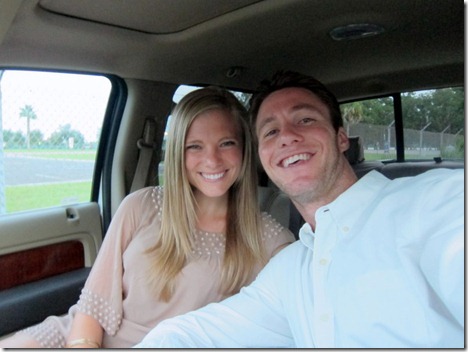 Date nights are the best!