Navigation
Before we get to the sad goodbyes Ryan and I had to say to Little Palm Island  this afternoon, let’s back up a bit to last night.

We, once again, enjoyed dinner at the resort at The Dining Room on the island.

Since it was slightly warmer last night than it was on Sunday evening, we opted to enjoy our meal at the water’s edge among tiki torches. 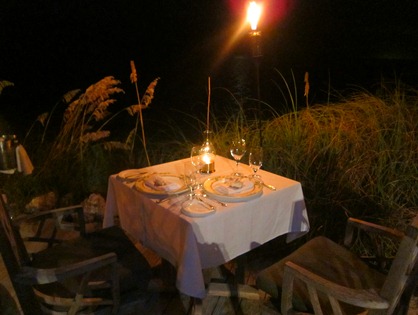 We both agreed that our dinner last night was the most romantic meal we’ve ever enjoyed. We felt like we were the only two people on the whole island.

Our meal, like the night before, was exquisite. As Ryan would say we “balled out!” 😉 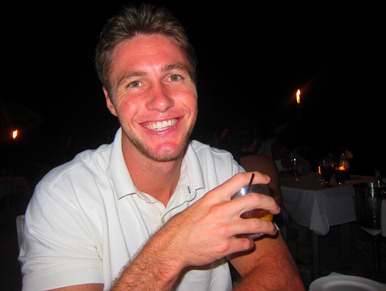 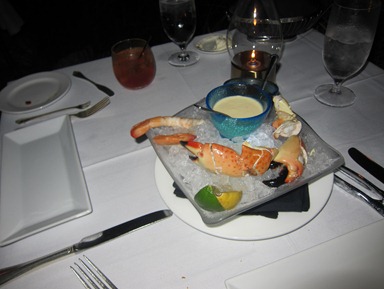 They came with the most unbelievable coconut honey mustard for dipping. I wish I was lying when I say I actually ate the remaining mustard with my fork, but it really was that good.

Ryan and I then shared a bowl of lobster bisque with ginger oil which was also pretty tasty. 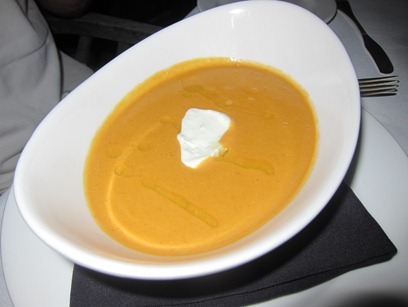 For our entrees we split lobster risotto and a mussel and shrimp dish that came in the most delicious broth. 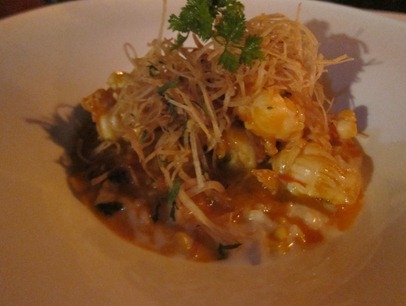 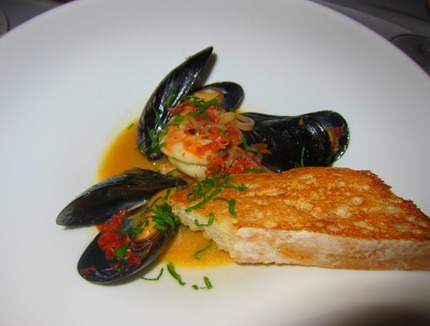 Both dishes were winners. If I could go back, I would’ve asked for another piece of bread to soak up the remaining broth from the mussels and shrimp dish. So darn tasty!

For dessert we selected the Kaluha chocolate cake. 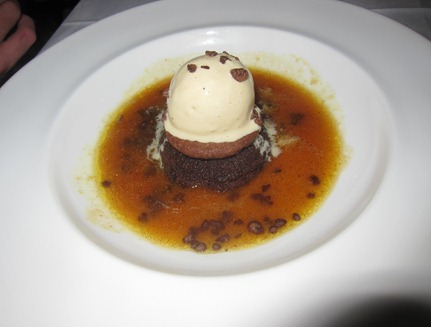 It was tasty but didn’t hold a candle to the key lime pie from the night before.

After dinner, we headed back to our bungalow to grab the big, fluffy robes to keep us warm as we headed out to the end of a private dock.

Though the water is crystal clear and the bungalows at Little Palm Island are truly unbelievable, I think the thing I will remember most is the sky at night on the island.

Both Ryan and I were mesmerized by the amount of brilliant stars in the sky. It was truly breathtaking.

We sat under the stars for a while and scoped out the array of fish that seemed to frolic to the brilliant fish light under the dock. The highlight was the giant tarpon that found its way under the light! That baby was BIG.

Ryan and I woke up bright and early this morning and hit the gym on the island before heading out to the beach to take in some sun before it was time to check out. 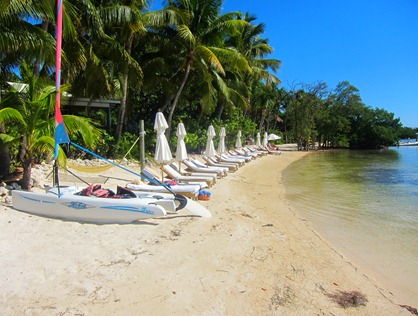 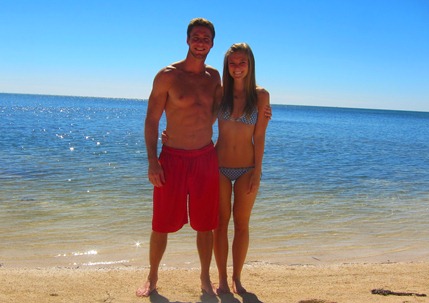 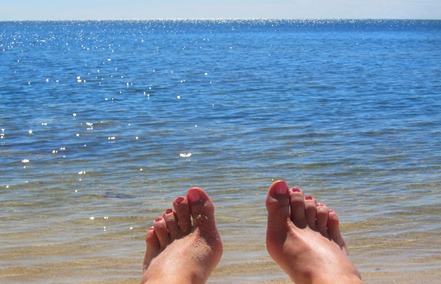 The beach and pool at Little Palm Island were secluded, beautiful and quiet. We couldn’t help but feel completely relaxed. 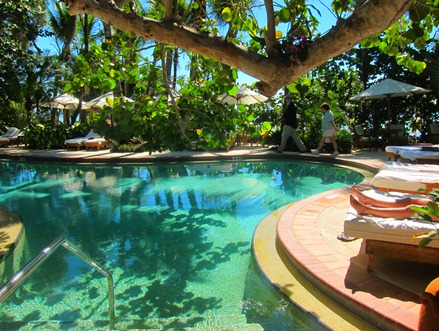 We arranged to head back to the mainland (and reality) around noon. 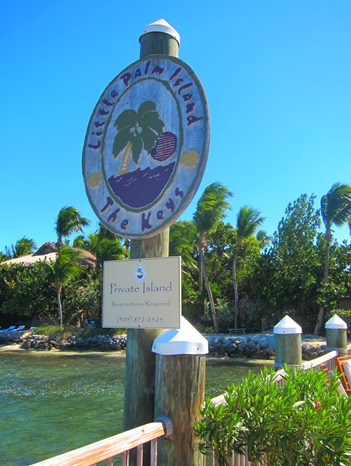 I started to feel a little sad as Ryan and I walked to the end of the dock to board the boat. 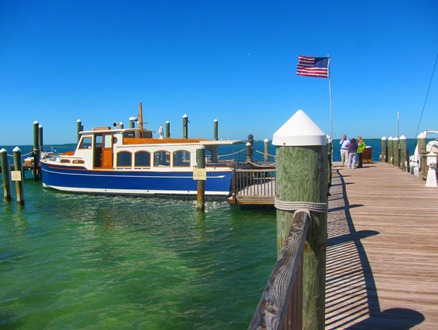 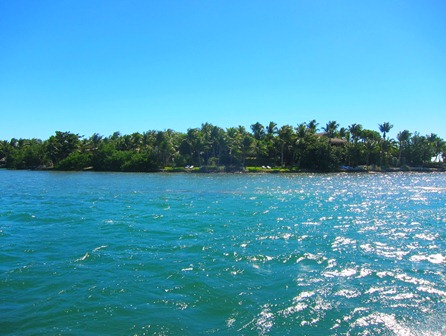 We checked out and said our farewells, and as we hopped into Ryan’s car, I saw a little card they placed next to one of the cup holders that read “Don’t be sad that it’s over. Smile because it happened.”

I instantly smiled and my sadness about leaving such a wonderful place dissipated because I know the memories Ryan and I have from Little Palm Island will last a lifetime. It was truly an unforgettable experience.

Though we were obviously sad to leave Little Palm Island, we were pretty excited to begin the next adventure on our honeymoon.

A 5.5-hour drive took us to our next spot. Any guesses where we are now? 😀

« Key West
What Makes for a Good Honeymoon »