Hi wonderful friends! I hope you’re checking in today feeling great. I also hope all of my American friends out there enjoyed a few days away from work and had a fantastic time celebrating the Fourth of July!

Our weekend felt pretty much like a typical weekend and since Ryan worked both Monday and Tuesday, we made the most of his ability to leave the office early and celebrated the Fourth of July together in the late afternoon.

Here are some highlights from the past few days!

Friday night I planned a date night for me and Ryan that took us to Fork, an intimate restaurant located in an old house just outside of Davidson. (Fact: Friday was the first time I actually put on makeup and did my hair all week.) We’ve been to Fork for brunch before but this was our first dinner experience and it was fabulous! The food was so incredibly delicious (everything has a seasonal and local focus) and I don’t think I can pick a favorite course! 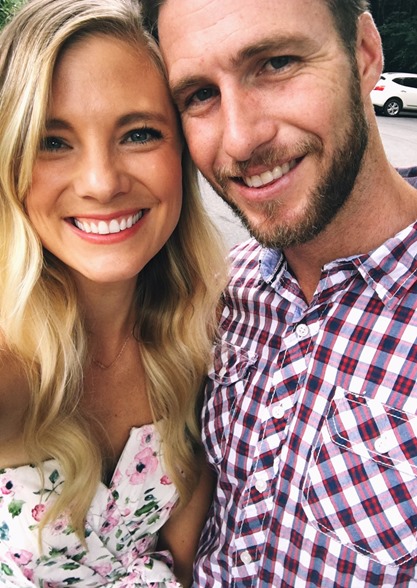 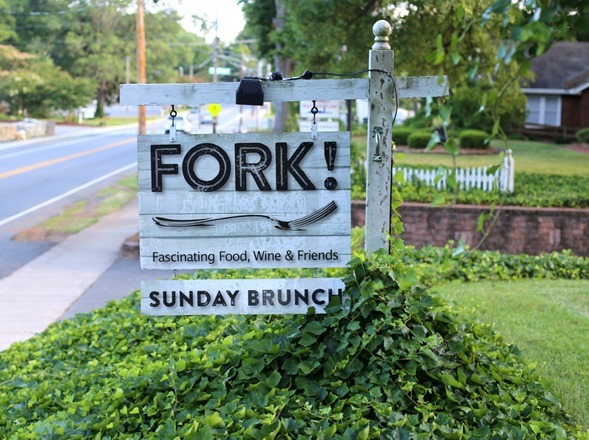 We went the small plates route and ordered three appetizers from the menu to share (deviled eggs, crab cakes and a tomato cucumber salad) in addition to our entrees (steak for me and wahoo for Ryan). 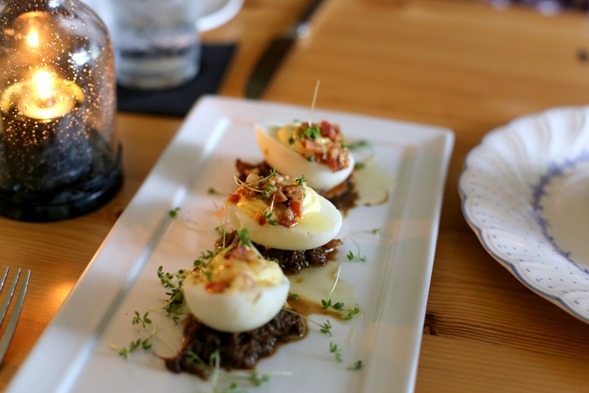 We rounded out our date night with his and hers ice cream from a local hot spot before heading home. It felt SO nice to get out just the two of us and we both agreed that date nights like this need to happen more often!

Saturday morning we headed off to Lineberger’s Maple Springs Farm in Dallas, North Carolina for a morning of blackberry picking! 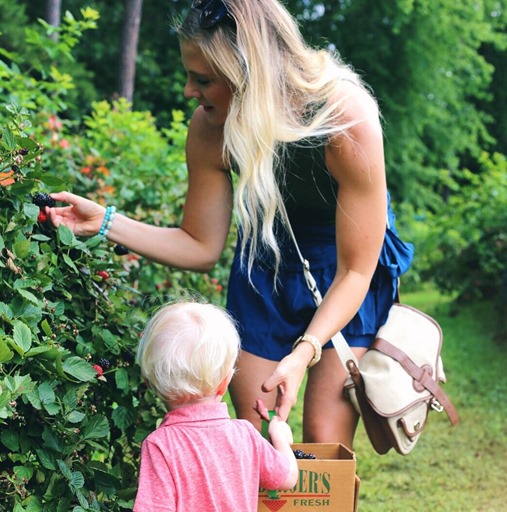 The 40-minute drive was quite pretty and took us along some winding country roads before we arrived at the farm around 10 a.m. 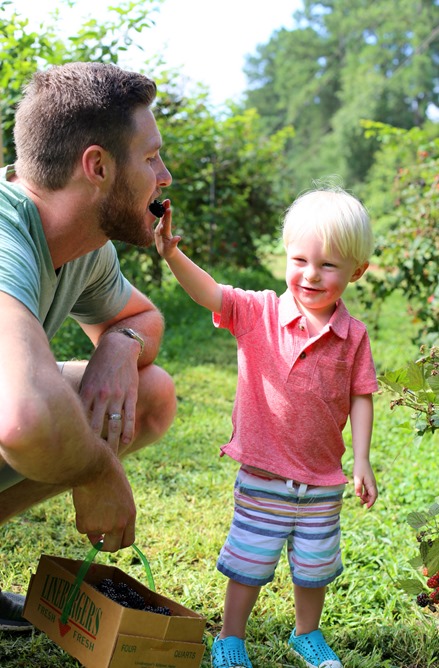 We walked to the produce stand and inquired about berry picking and were told to grab a gallon-size basket to fill for only $9. 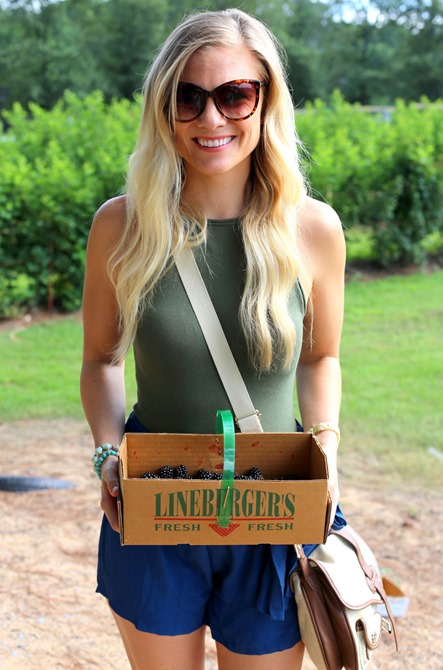 We headed out back and picked berries and played around the playground equipment with Chase for the next hour or so until the heat told us to wrap it up and seek solace in the air conditioned car. 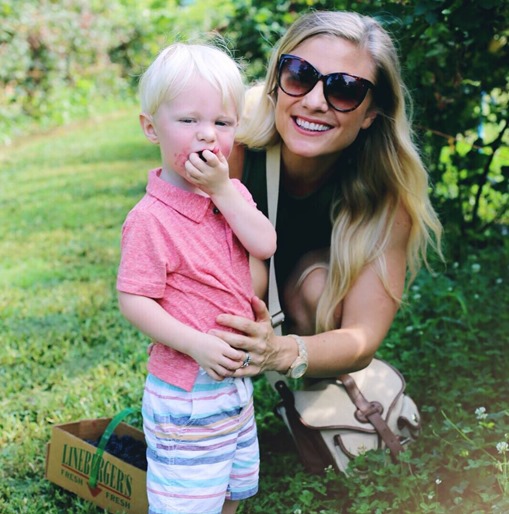 It was such a fun morning and I’m pretty sure we ate almost as many blackeberries as we picked! They were absolutely huge and so juicy and sweet. So often blackberries are sour and too tart for my taste but Ryan, Chase and couldn’t get enough of them. 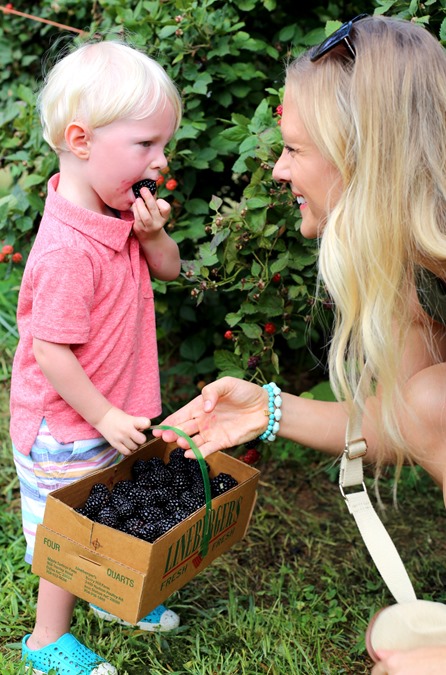 Naturally we spent the remainder of the weekend using the blackberries in a myriad of recipes but our favorite was, hands down, The Pioneer Woman’s blackberry cobbler. 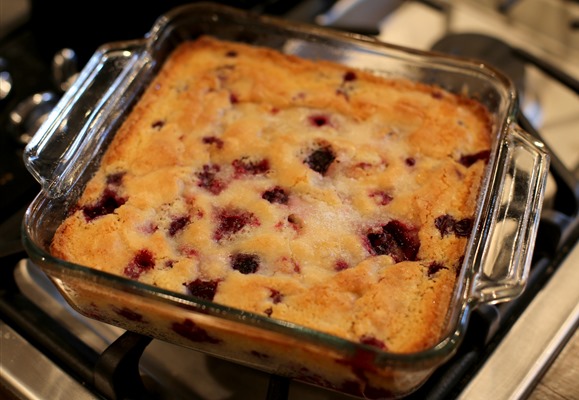 We served it with vanilla ice cream and it was the perfect Saturday night dessert!

The Barcelona Burger and Beer Garden

The rest of our Saturday was pretty low key. We mostly hung out at home but made one small outing for dinner at The Barcelona, a new burger and beer garden located in Mooresville. 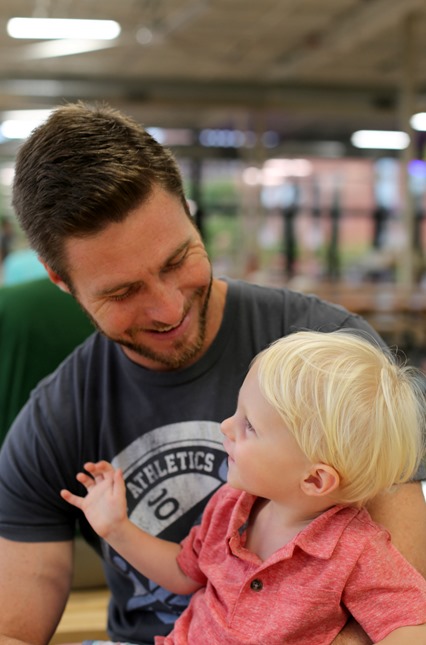 The hot spot is located right next to Alino Pizzeria, our absolute favorite pizza place, and since the owners are the same, we had high hopes for The Barcelona and couldn’t wait to give it a try. 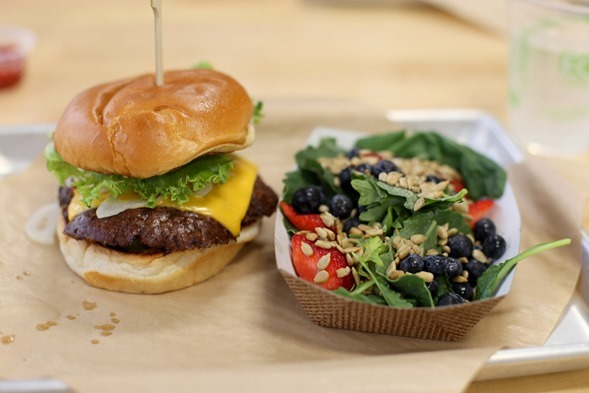 I ordered the Barcelona classic with a side salad and also shared a side order of sweet potato fries with my boys. 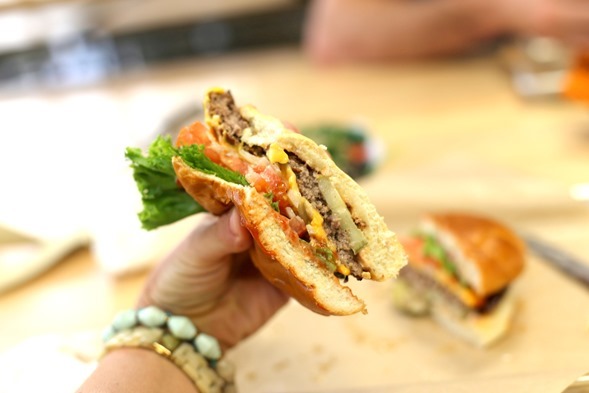 Everything was incredibly tasty and we will absolutely be back!

Our Sunday kicked off on a fun note and we spent the first half of the day on the lake! The second half of the day was a little less exciting but one of those necessary “let’s get our lives together” kind of afternoons that included a trip to Lowe’s and lots of work around the house. 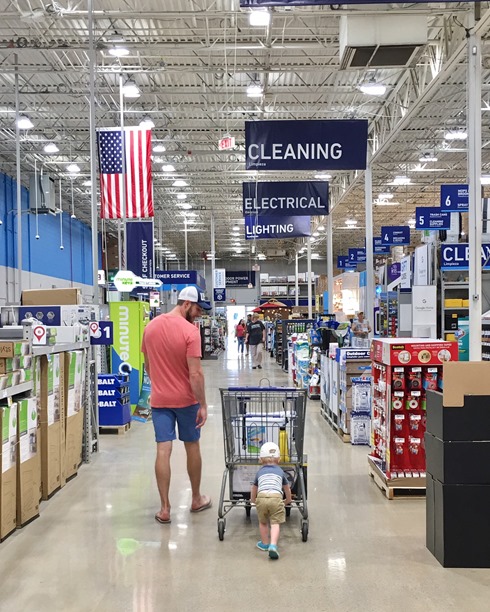 I bought some storage bins for various items and one thing I’m kind of excited about is beginning a “toy rotation” for Chase. I read about this years ago on Caitlin’s blog and thought the idea was genius! 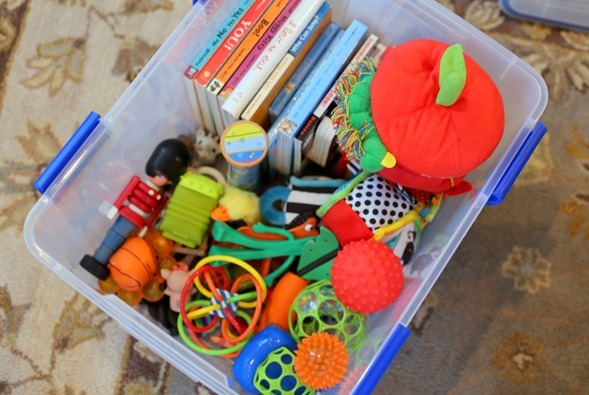 I did a modified version of Caitlin’s technique since Chase is still too young to really understand how it works and plan to cycle a bin of toys in and out of his play area in the living room when it seems like he’s bored with his current selection. I’m hoping that by hiding away some of his toys they’ll seem exciting and new again when we bring them back out again in a couple of weeks!

Ryan worked most of Monday and Tuesday but left in the early afternoon so we were able to still have some fun as a family both days. Chase and I visited Ryan at work yesterday morning and the minute we walked through the doors of his office Chase said “WOW!” Ha! Clearly we built up Dad’s place of employment an awful lot! (Whenever Chase asks for Ryan when he’s away, I say he’s either at work or exercising because that’s almost always the case, so I think it blew his mind to finally understand where Dad works.)

During our visit, I had a good laugh over this little gem that Ryan has framed in his office from our college dating days! 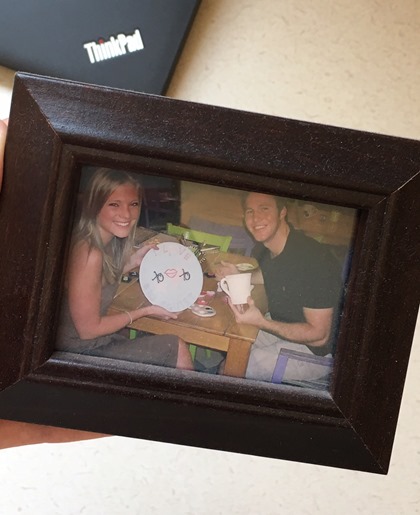 We said goodbye to Ryan after our short visit and made our way to Birkdale Village where I met up with some friends and their kiddos for a Fourth of July celebration that involved splashing around in the giant spray of water coming from the hose of a local fire truck. 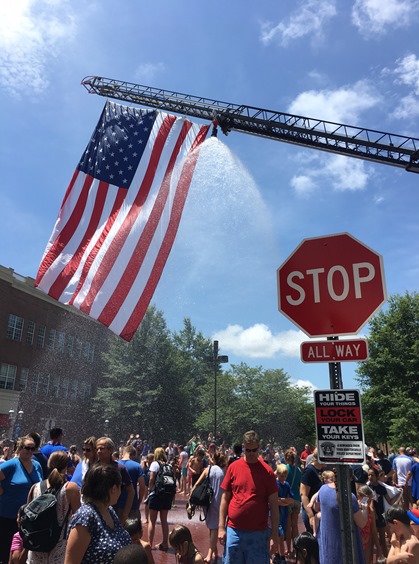 Chase was in heaven and I left with a sopping wet and very happy toddler! 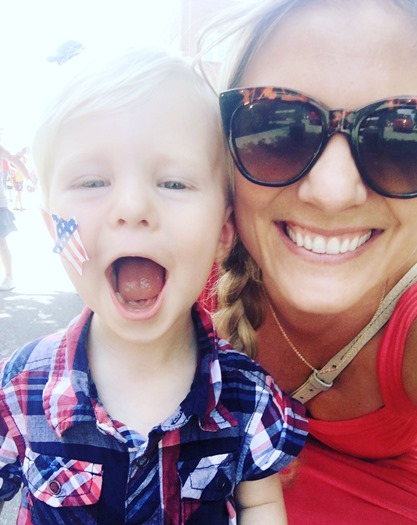 Our evening celebration included watching fireworks in our neighborhood with friends and staying up a little too late but it was well worth it for a little extra summer fun!

I hope you guys enjoyed plenty of time outside with your favorite people over the past few days and I also hope the rest of your week passes by in a flash! Happy (belated) Fourth of July!