Navigation
A trip to the grocery store is a must for today! We have basically no fresh produce in our fridge at the moment, so when lunchtime rolled around, I opened the freezer for inspiration.

Frozen fruit stared back at me, so a smoothie seemed like a great option. 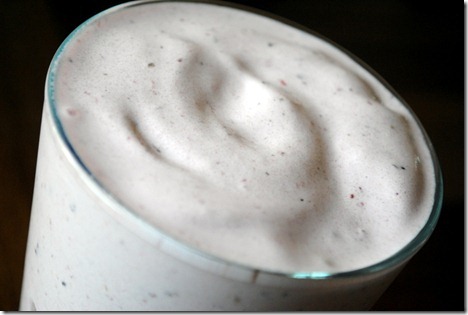 Into the blender went: 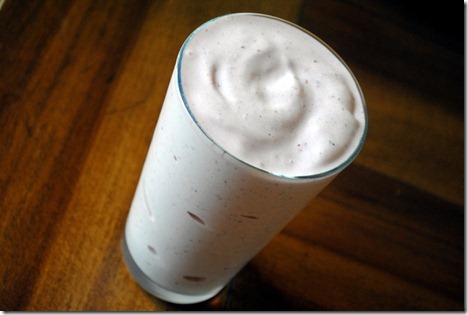 The smoothie was actually quite filling thanks to all the fiber and protein. It was nice and thick and reminded me a bit of soft serve ice cream which was pretty cool.

Not a bad fall-back lunch, if you ask me!

I also had a small bowl of Honey Nut Cheerios for some crunch. 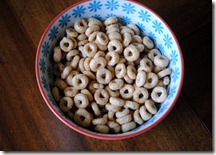 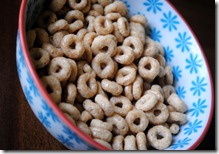 I sprinkled some of the Cheerios in my smoothie and ate it with a spoon which made lunch a little more fun.

Ready to vote on the book for the June PBF Book Club? After last month’s intense read, I’m anxious to see what you guys vote on this month!

For those who may be new around here, the book club is open to anyone and everyone! We simply vote on a book from the books listed below. I will then post my review of the chosen book on July 2 along with discussion questions that book club participants then discuss in the comments section of the post.

Also, if you are a blogger and post a review of the selected book on your blog before July 1, please email me at pbfingers@gmail.com and let me know so I can be sure to include your review in the link up of book reviews that will be included in that post as well.

Ready to pick a book!?

Please vote on the book you would most like to read below. I will announce the winning book tomorrow.

On Monday, July 2 I’ll post my review of the book along with discussion questions for us to talk about in the comments section of the post.

The contenders for the month of June include… 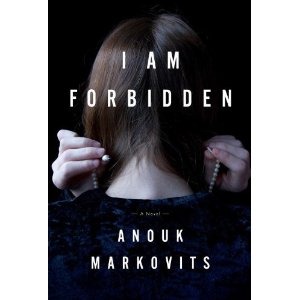 A family is torn apart by fierce belief and private longing in this unprecedented journey deep inside the most insular sect of Hasidic Jews, the Satmar.

Opening in 1939 Transylvania, five-year-old Josef witnesses the murder of his family by the Romanian Iron Guard and is rescued by a Christian maid to be raised as her own son. Five years later, Josef rescues a young girl, Mila, after her parents are killed while running to meet the Rebbe they hoped would save them. Josef helps Mila reach Zalman Stern, a leader in the Satmar community, in whose home Mila is raised as a sister to Zalman’s daughter, Atara.

With the rise of communism in central Europe, the family moves to Paris, to the Marais, where Zalman tries to raise his children apart from the city in which they live. Mila’s faith intensifies, while her beloved sister Atara discovers a world of books and learning that she cannot ignore. The different choices the two sisters make force them apart until a dangerous secret threatens to banish them from the only community they’ve ever known. 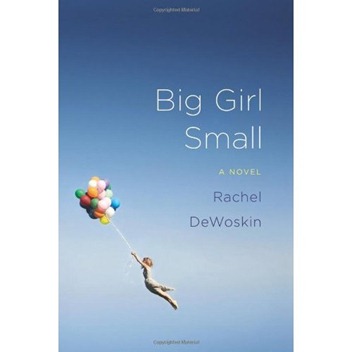 Judy Lohden is your above-average sixteen-year-old—sarcastic and vulnerable, talented and uncertain, full of big dreams for a big future. With a singing voice that can shake an auditorium, she should be the star of Darcy Academy, the local performing arts high school. So why is a girl this promising hiding out in a seedy motel room on the edge of town?

The fact that the national media is on her trail after a controversy that might bring down the whole school could have something to do with it. And that scandal has something—but not everything—to do with the fact that Judy is three feet nine inches tall.

Rachel DeWoskin remembers everything about high school: the auditions (painful), the parents (hovering), the dissection projects (compelling), the friends (outcasts), the boys (crushable), and the girls (complicated), and she lays it all out with a wit and wistfulness that is half Holden Caulfield, half Lee Fiora, Prep’s ironic heroine. Big Girl Small is a scathingly funny and moving book about dreams and reality, at once light on its feet and unwaveringly serious. 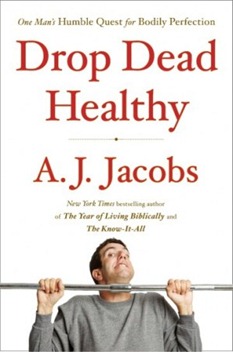 New York Times bestselling author and king of “immersion journalism” A.J. Jacobs tackles his most challenging experiment yet: a yearlong mission to radically improve every element of his body and mind—from his brain to his fingertips to his abs.

Having lifted his spirit in The Year of Living Biblically and sharpened his mind in The Know-It-All, A.J. Jacobs had one feat left in the self-improvement trinity: to become the healthiest man in the world. He doesn’t just want to lose a couple of pounds, or finish a triathlon, or lower his cholesterol.

First, he had to tackle a complicated web of diet and exercise advice, most which is nonsensical, unproven, and contradictory. Second, he had to consult a team of medical advisers. And finally, he had to subject himself, over the course of two years, to a grueling regimen of exercises, a range of diets and nutritional plans, and a brutal array of techniques and practices to improve everything from his hearing to his sleep—all the while testing the patience of his wife.

This latest work bursts with hilarity and warmth, all the while testing our culture’s assumptions and obsessions with what makes good health and allowing the listener to reflect on his or her own health, body, and eventual mortality.