Congratulations to my sister! 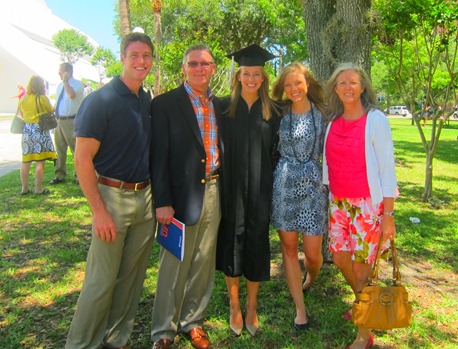 Today my little sister Leslie graduated from the University of Florida with a bachelor’s degree in public relations. My family, Ryan and I drove to Gainesville for the occasion and had a great time celebrating such a fantastic accomplishment.

Leslie’s graduation ceremony began at 2 p.m. and took place in the school’s arena. 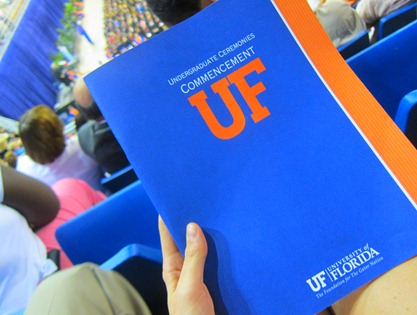 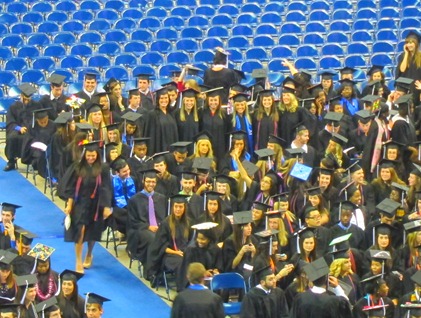 I’m not sure if you’ll be able to pick her out, but she’s standing up with a group of her girlfriends in the above picture and is the first blonde in the line standing in between two brunette friends. It’s like Where’s Waldo: PBF Edition.

The commencement ceremony actually moved pretty quick. My parents, Ryan and I only got a little restless when they started to read name after name… after name.

Fortunately Words with Friends helped get us through until we heard Leslie’s name called. 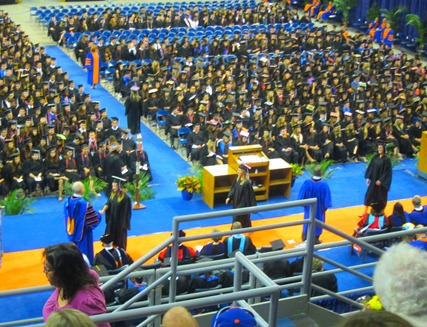 You better believe we stood up and catcalled for her! Ay Yai Yai!

After Leslie walked across the stage, we had several hundred more names to get through. Luckily a tweet from a reader provided me and Ryan with some entertainment when she said she saw us in the audience. We then proceeded to scan the crowd of graduates for the top of her beautifully decorated graduation cap. When we finally saw her it felt like Christmas and we waved probably a little too enthusiastically! Success! Hello, Jamie!

When the ceremony concluded, everyone filed out of the arena and into the Florida sun. 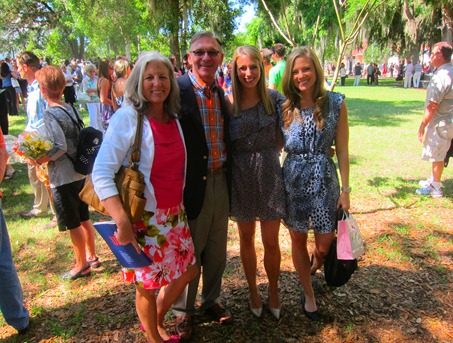 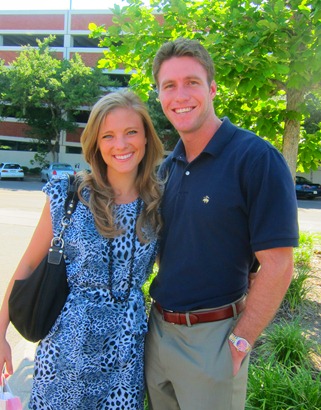 Our gang headed to the car and drove into downtown Gainesville to stroll around until we were ready for dinner.

We started off the evening by enjoying happy hour at the bar of Dragonfly, a neat sushi restaurant where we had reservations later that evening. 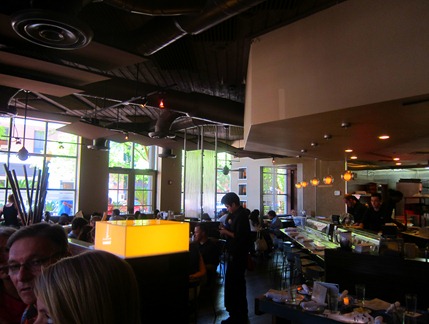 I was so psyched when I saw cucumber martinis on the drink menu and my mom, sister and I each ordered one immediately 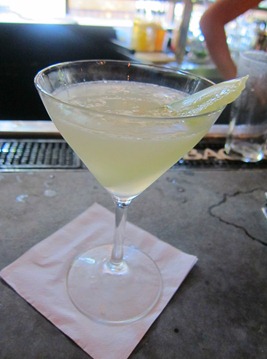 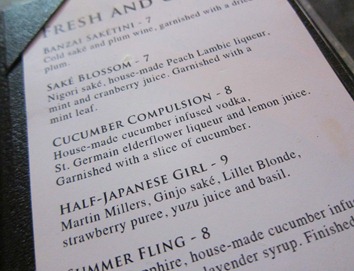 Cucumber martinis may be my all-time favorite drink. I tried one for the first time at Sushi Samba in Chicago on my bachelorette party last August and fell in love. I haven’t seen this drink on a drink menu since then and have been dying for another one!

It was just as delicious and refreshing as I remembered.

I downed my martini fairly quickly and then my sister and I then ordered the summer fling martini which was much more lemony and sweet. 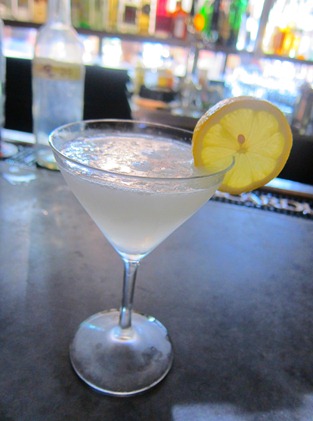 It was okay, but I’d stick to the cucumber martinis next time.

Eventually our table was ready and our little six-some sat down and ordered a ton of food.

We basically ate family-style and shared a ton of different sushi rolls,spring rolls and edamame. 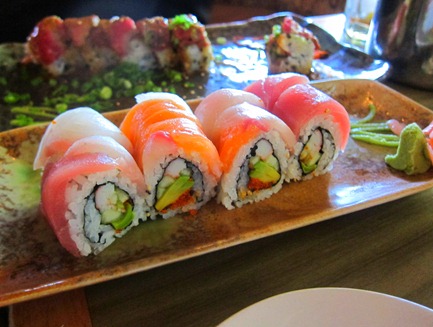 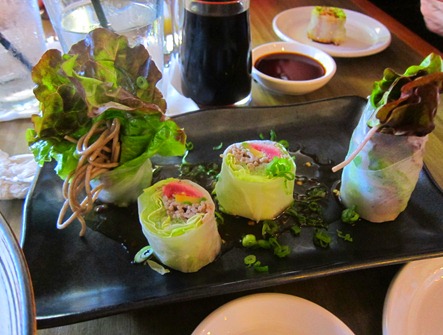 I also got a spicy tuna salad for myself. 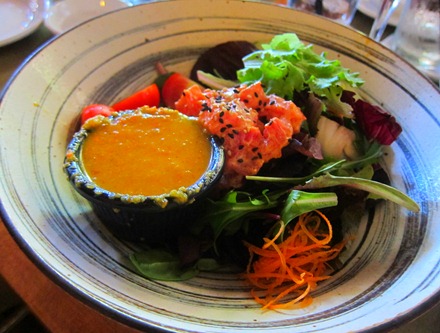 Everything, and I mean everything, was incredible. I’ve had a lot of sushi in my life and I can honestly say the sushi we had at Dragonfly was some of the best I’ve ever enjoyed.

Just in case you’re ever in the Gainesville area and stop by Dragonfly, I would whole-heartedly recommend Dragonfly, especially the surf and turf sushi roll and the signature Dragonfly roll. Oh, and the cucumber martini, too.

While eating dinner, my dad surprised the table by ordering a bottle of champagne and we all toasted Leslie’s wonderful accomplishment. 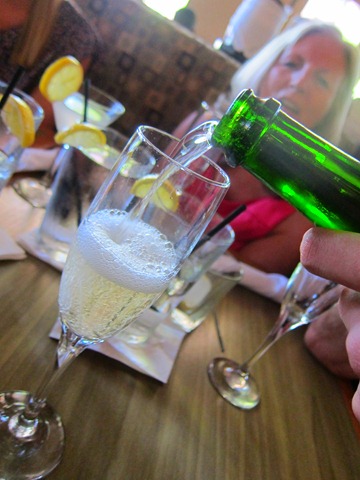 Of course dessert was also ordered. 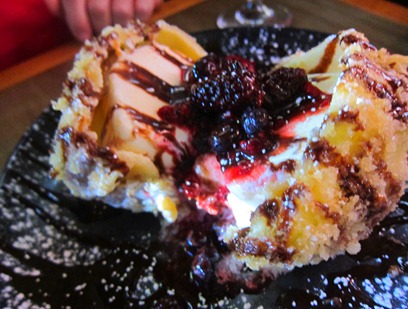 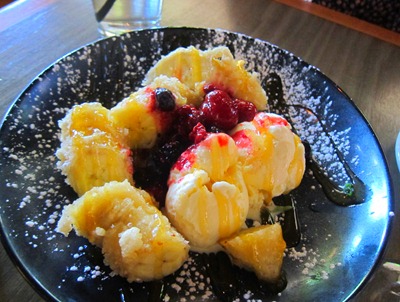 And now I am pooped! We just got home from the 2-hour drive back to Orlando and are beat.

What a great day with the fam. Congrats again, Les! I’m so proud of you! 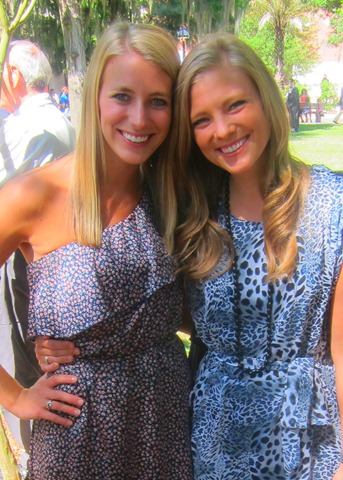