Navigation
We’re halfway through the week. How are you guys holding up? Things are going fairly smoothly over here in the land of sheltering in place. In an effort to keep things trucking along on the blog and focusing on some sense of normalcy around here, I wanted to share a day in the life post with you guys today.

My Tuesday began at 5 a.m. as usual when I woke up, read my devotional, made myself a cup of coffee and knocked out about an hour of blog work while I ate an egg muffin.

I then joined Ryan in the garage for a leg workout that looked like the one I did last Thursday. 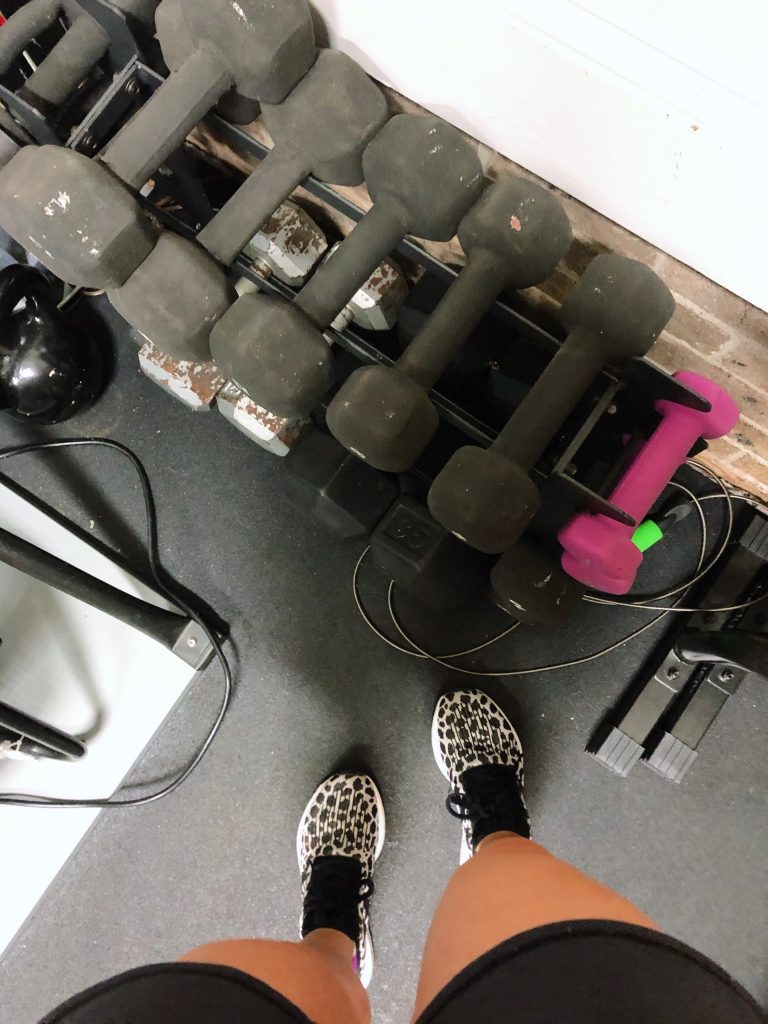 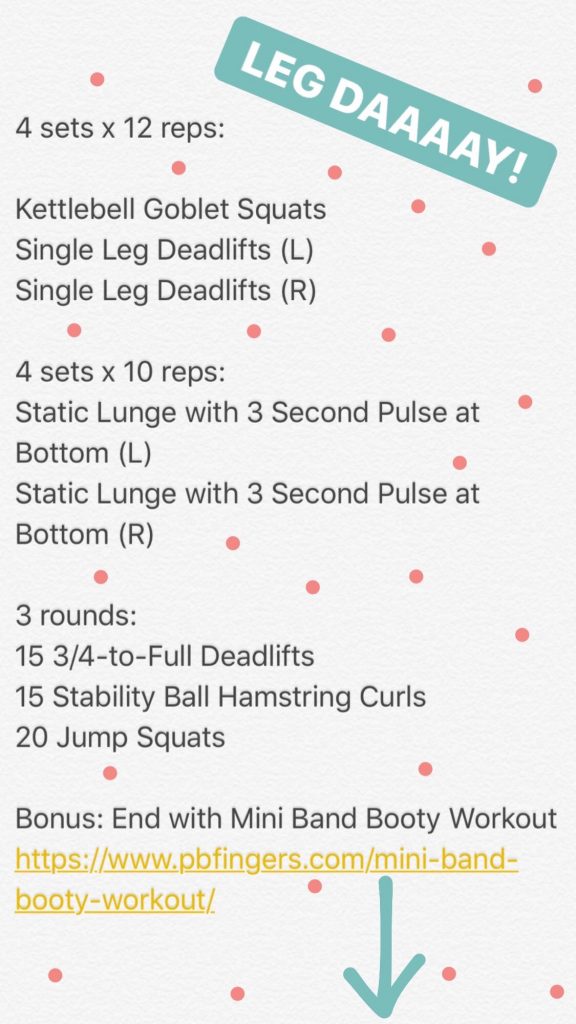 I completed one round of my mini band booty workout (not the full workout) at the end for a final burn and think I’ll be feeling this one for a few days. I was actually sore for three days after I did this workout last week. Phew!

After my workout, I took a quick shower and then the boys were up and ready for action. We all ate breakfast together and I heated up a mug of oatmeal for myself that I made with ground flaxseeds, chia seeds, almond milk,  frozen wild blueberries and a spoonful of cashew butter. 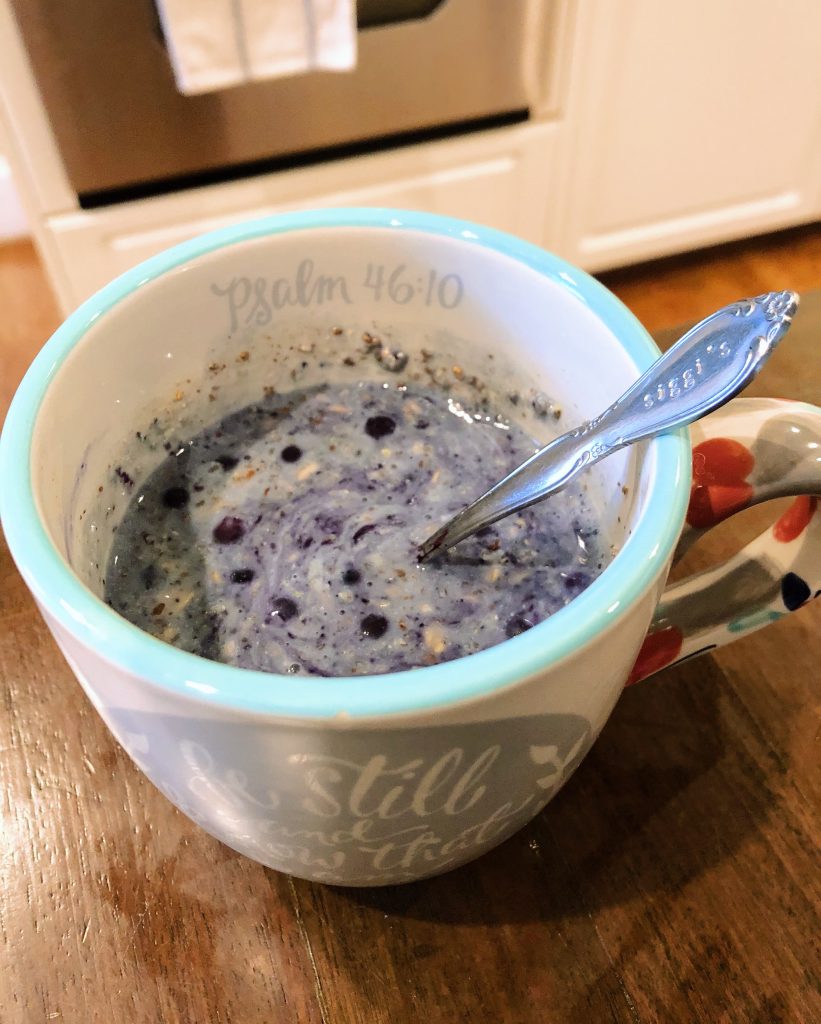 After breakfast, the boys played with trains while I unrolled some white butcher paper and rounded up supplies for a little crafting! 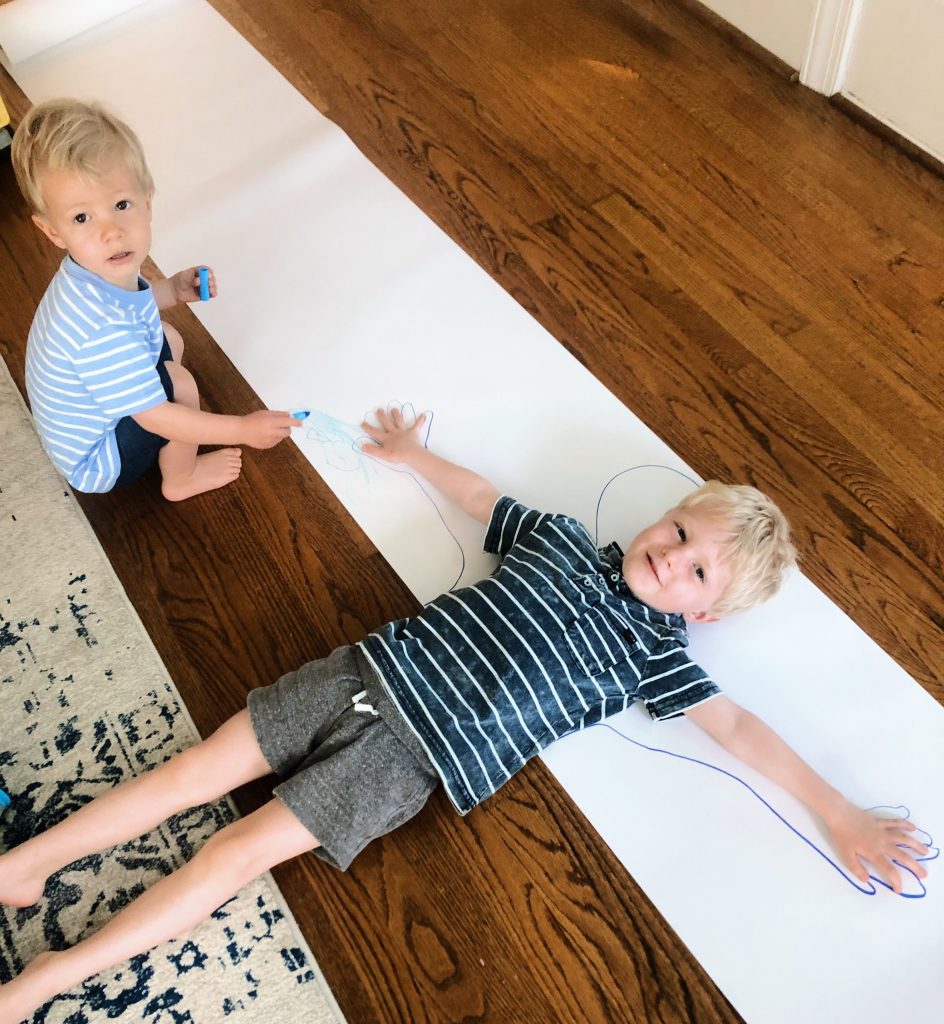 I traced the boys on the paper and then they spent time decorating themselves so we could “mail a hug” to family.

I saw this idea on Lindsay’s blog and thought it was adorable, especially since we were feeling bummed about several family visits we canceled last month and next week.

We then headed outside to take advantage of another beautiful spring day in Charlotte. Chase wanted to ride his “dirt bike” (aka his balance bike) and Ryder was obsessed with having me push him around on the tricycle that my mother-in-law passed down to us. It was actually Ryan’s when he was younger and both boys have loved it! 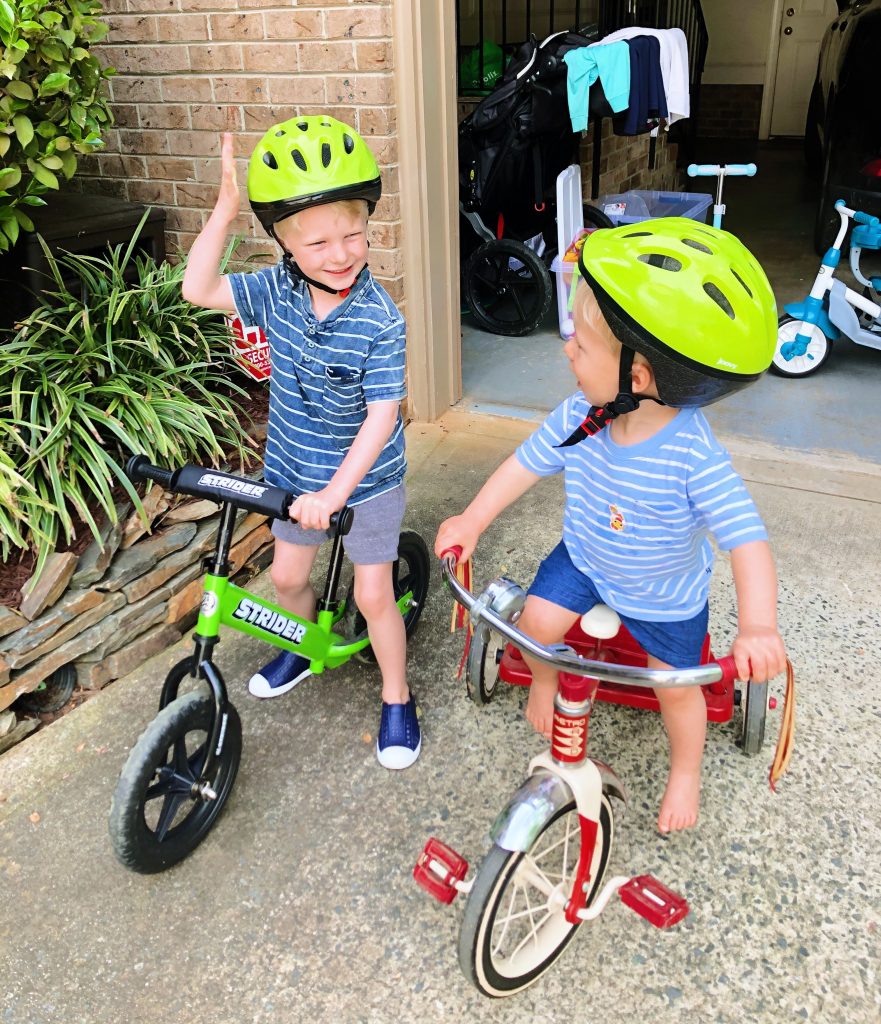 After a couple of hours in the sun, we headed inside for lunch. My midday meal looked like another grain bowl and it hit the spot. More importantly, it took a hot second to throw together because it was comprised mostly of leftovers. Heck yes! 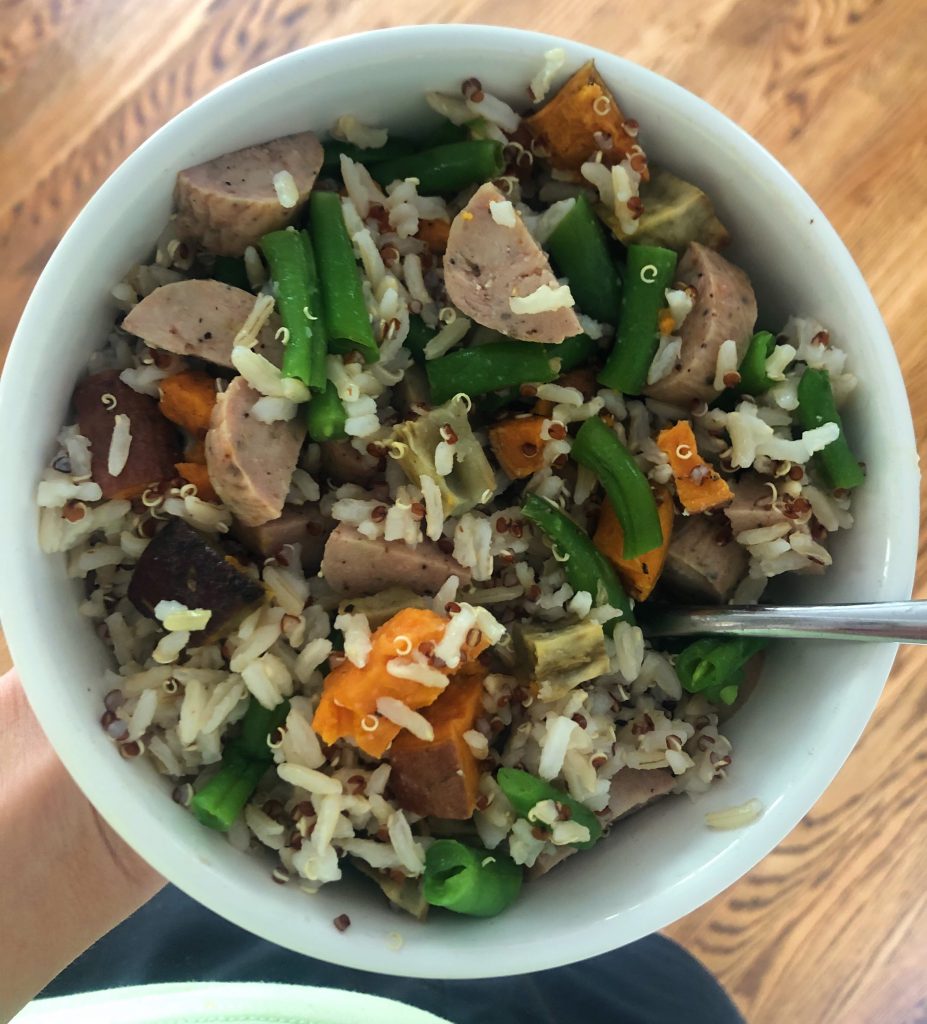 After lunch, Ryder went down for his nap while Chase and I did some of his school work together. His teacher has been wonderful about sending over daily (optional) assignments and yesterday’s looked like a game featuring three new sight words (big, play, up).

First I wrote each word on three separate pieces of paper and then wrote them again four times on another piece of paper for Chase to cut out. 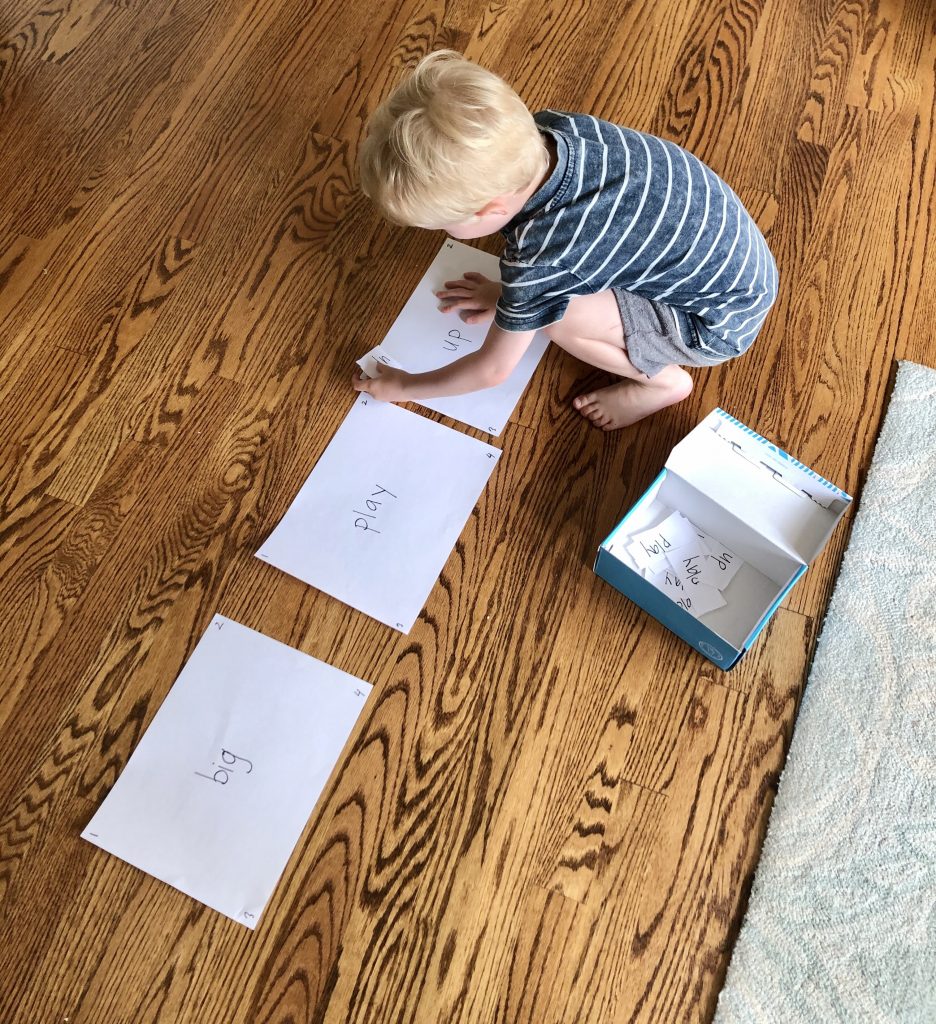 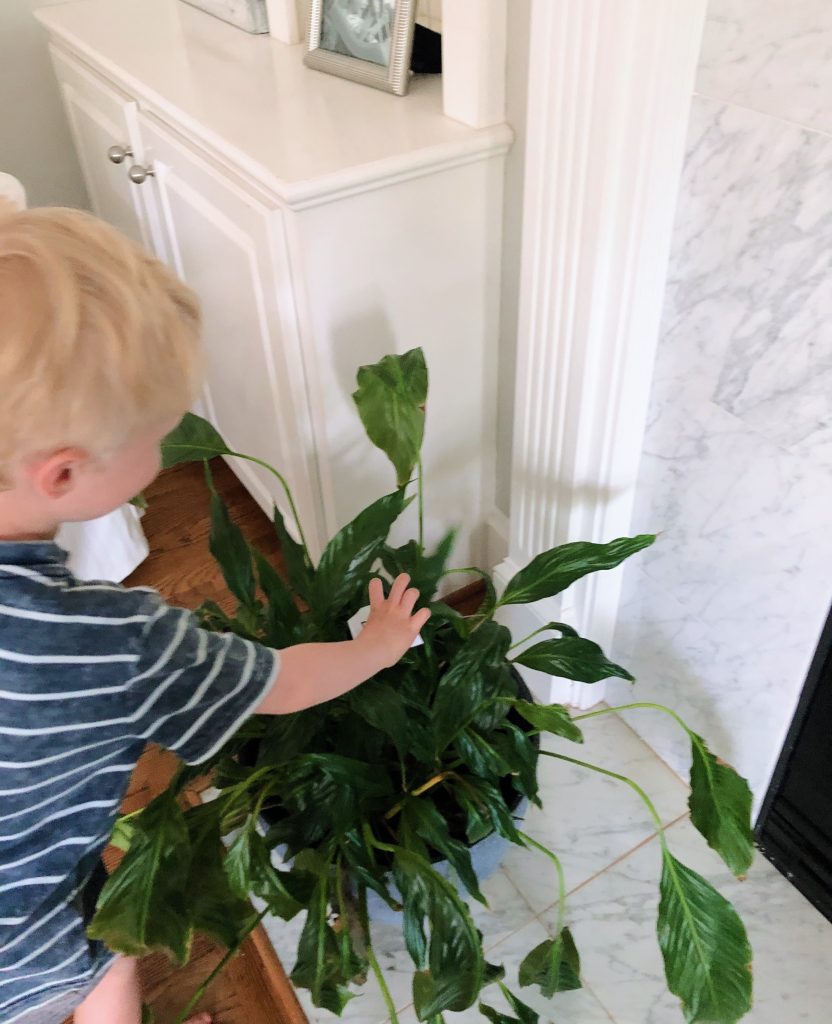 Anything involving some kind of a seek-and-find game is right up his alley!

Chase and I spent the rest of Ryder’s nap time in the kitchen together whipping up a cookie cake because my obsession with baking all the things right now continues. 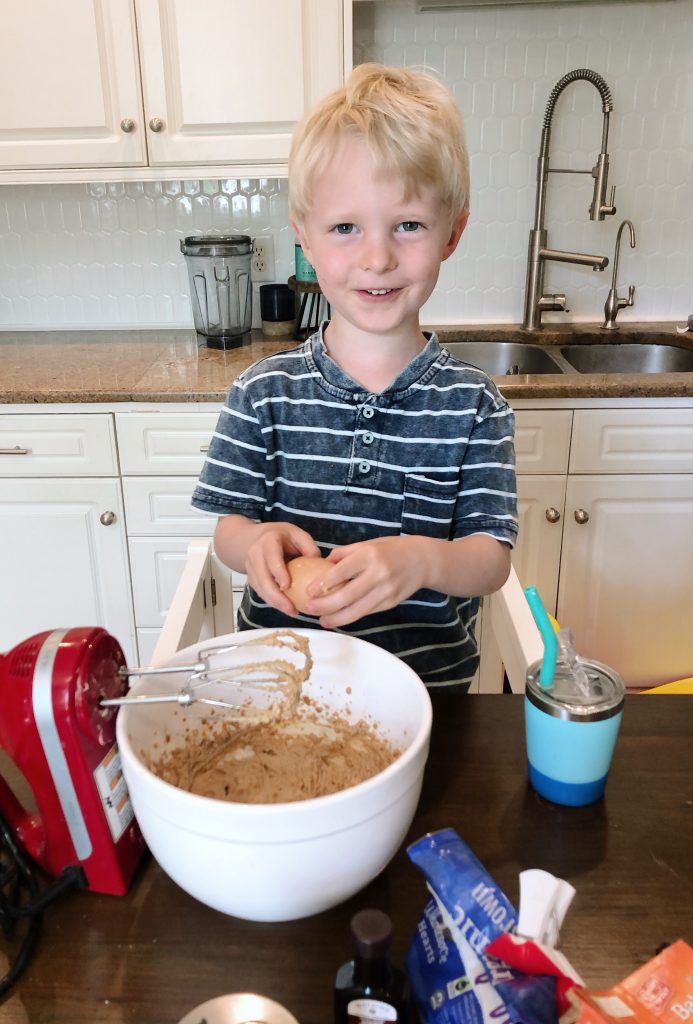 Ryder awoke just ask we were putting the cookie cake in the oven and after a little brother “quiet time” we all came together for a snack before playing around the house for the rest of the afternoon.

Ryan wrapped up his work day upstairs as I put the boys in the bath and we spent the rest of the evening eating dinner and hanging out on our screened in porch which has quickly become our favorite spot in the house this spring! 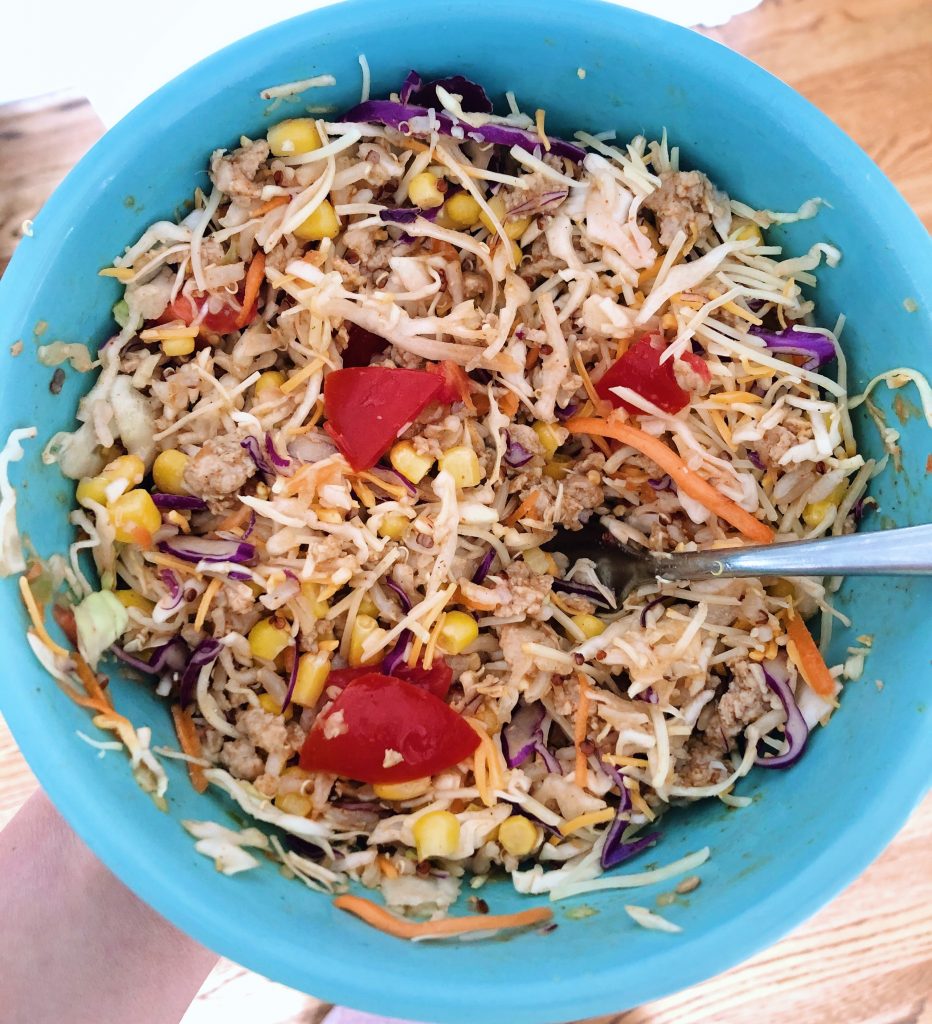 The highlight of the evening was the cookie cake Chase and I made together and we ate it a la mode with a little vanilla ice cream. 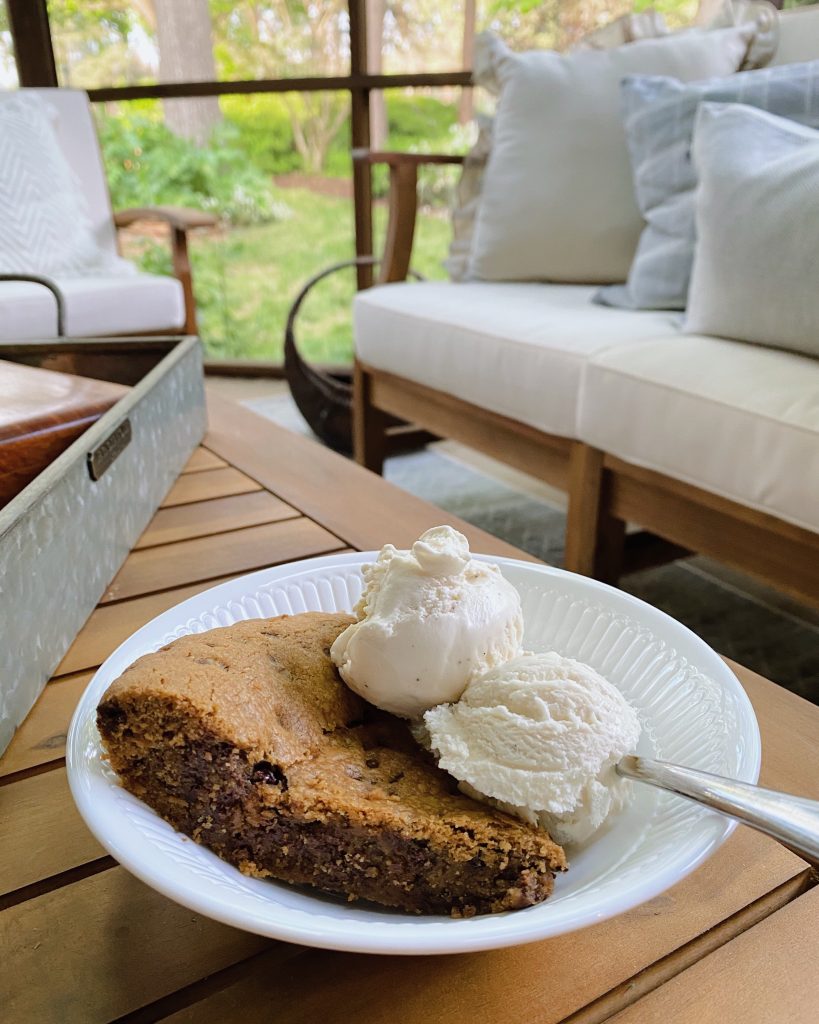 Once we got the boys in bed, Ryan and I watch and episode of Tiger King before reading and turning out the lights. Yes, we totally gave into the Tiger King hype! Are any of you guys watching it right now? Thoughts? I think it’s entertaining but I must admit I don’t really understand why so many people think it’s a “must watch” show right now. We’re about halfway through so maybe I’ll change my tune as it progresses? Regardless, it’s entertaining enough for some mindless TV at the end of the day!

And now I’m off to try to sneak in a quick garage workout before the boys wake up and we get this Wednesday rolling. I hope you all have a good day and stay safe and healthy!