Navigation
Like yesterday’s lunch, today’s mid-day meal was also enjoyed a bit earlier than usual since I had to high-tail it to the College of Central Florida to begin helping with the set up for the Taste of Ocala. 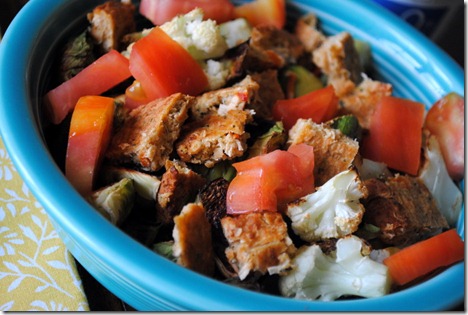 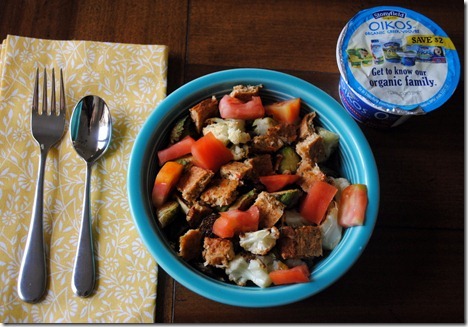 I filled a bowl with roasted cauliflower and Brussels sprouts before topping the vegetables with a chopped tomato and a MorningStar Farms Grillers veggie burger. 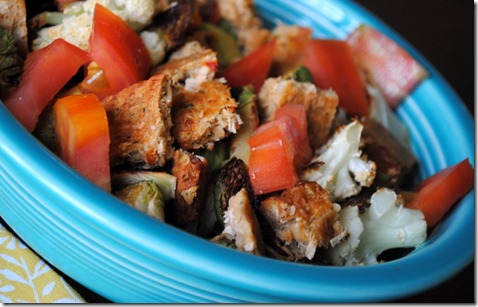 I loved the contrast of the hot burger and roasted vegetables with the cold, crisp tomato slices.

On the side I also had a cup of strawberry Greek yogurt for some additional sweetness and protein.

Time to select the book for the month of May for the PBF Book Club!

For those who may be new around here, the book club is open to anyone and everyone! We simply vote on a book from the books listed below. I will then post my review of the chosen book on June 1 along with discussion questions that book club participants then discuss in the comments section of the post.

Also, if you are a blogger and post a review of the selected book on your blog before June 1, please email me at pbfingers@gmail.com and let me know so I can be sure to include your review in the link up of book reviews that will be included in that post as well.

Please vote on the book you would most like to read below. (As always, the following books were taken from your recommendations on the PBF Facebook page.) I will announce the winning book on Monday.

On Friday, June 1 I’ll post my review of the book along with discussion questions for us to talk about in the comments section of the post.

The contenders for the month of May include… 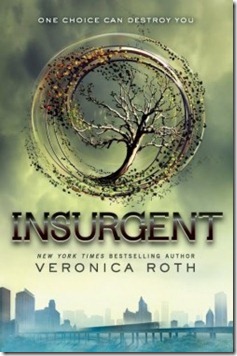 One choice can transform you—or it can destroy you. But every choice has consequences, and as unrest surges in the factions all around her, Tris Prior must continue trying to save those she loves—and herself—while grappling with haunting questions of grief and forgiveness, identity and loyalty, politics and love.

Tris’s initiation day should have been marked by celebration and victory with her chosen faction; instead, the day ended with unspeakable horrors. War now looms as conflict between the factions and their ideologies grows. And in times of war, sides must be chosen, secrets will emerge, and choices will become even more irrevocable—and even more powerful. Transformed by her own decisions but also by haunting grief and guilt, radical new discoveries, and shifting relationships, Tris must fully embrace her Divergence, even if she does not know what she may lose by doing so. 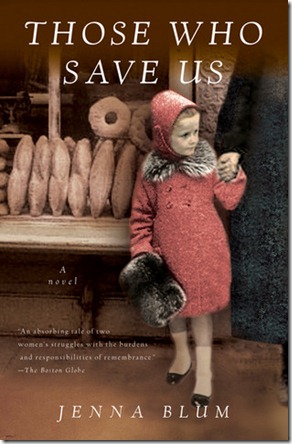 For fifty years, Anna Schlemmer has refused to talk about her life in Germany during World War II. Her daughter, Trudy, was only three when she and her mother were liberated by an American soldier and went to live with him in Minnesota. Trudy’s sole evidence of the past is an old photograph: a family portrait showing Anna, Trudy, and a Nazi officer, the Obersturmfuhrer of Buchenwald.

Driven by the guilt of her heritage, Trudy, now a professor of German history, begins investigating the past and finally unearths the dramatic and heartbreaking truth of her mother’s life.

Combining a passionate, doomed love story, a vivid evocation of life during the war, and a poignant mother/daughter drama, Those Who Save Us is a profound exploration of what we endure to survive and the legacy of shame. 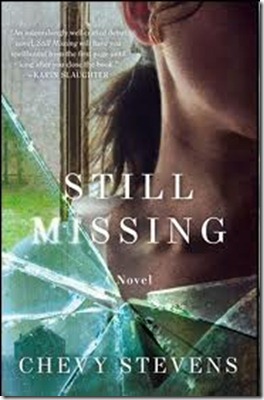 On the day she was abducted, Annie O’Sullivan, a thirty-two-year-old Realtor, had three goals: sell a house, forget about a recent argument with her mother, and be on time for dinner with her ever-patient boyfriend. The open house is slow, but when her last visitor pulls up in a van as she’s about to leave, Annie thinks it just might be her lucky day after all. Interwoven with the story of the year Annie spent captive in a remote mountain cabin — which unfolds through sessions with her psychiatrist — is a second narrative recounting the nightmare that follows her escape: her struggle to piece her shattered life back together, the ongoing police investigation into the identity of her captor, and the disturbing sense that things are far from over.

The truth doesn’t always set you free. Still Missing is a shocking, visceral, brutal, and beautifully crafted debut novel about surviving the unsurvivable — and living to bear witness.

« Permission to Kiss
Fitness Board Motivation »