This morning was rather unusual for me. I woke up, went to the gym with Ryan for a quick workout and headed home to eat breakfast, curl my hair and head out the door for a photo shoot! 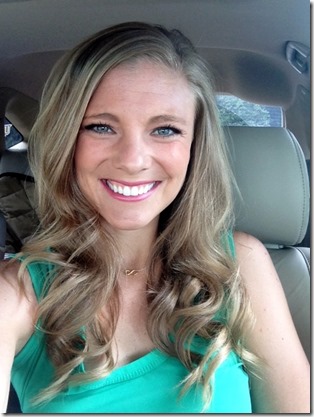 The photo shoot was for a local magazine for an article that is coming out next month. I’m supposed to keep things under wraps until then, but I will share more with you soon!

I arrived at Golden Ocala, a fancy schmancy golf and equestrian club, at 9:45 a.m., unsure of what to expect. 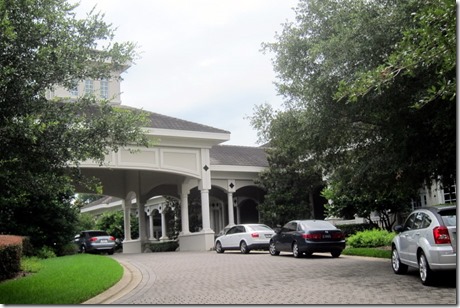 A model I most certainly am not, so I was a little apprehensive about the whole thing. Fortunately, from the moment I arrived, I knew I could relax. The magazine editor, creative director and photographer were laid back and fun. I also had a great time getting to know the four other men and women who were also there to be photographed. 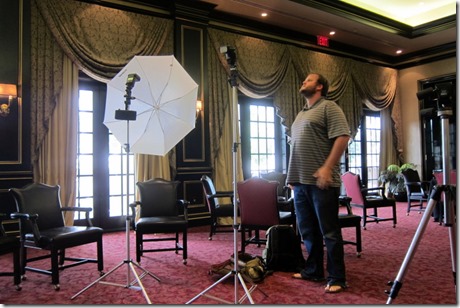 As I pulled into the driveway at the country club, I was awfully impressed. The facility was stunning and very upscale. I’ve heard of Golden Ocala before,  but have never been to the country club, so it was a treat to be able to explore the grounds a little bit.

The photo shoot lasted a little more than an hour and I was able to pose with a super-sexy prop. 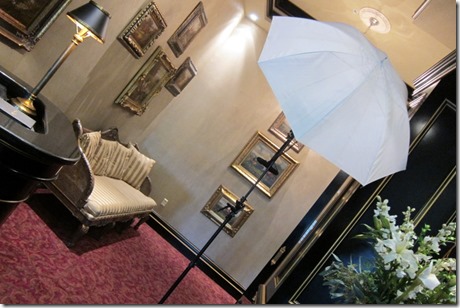 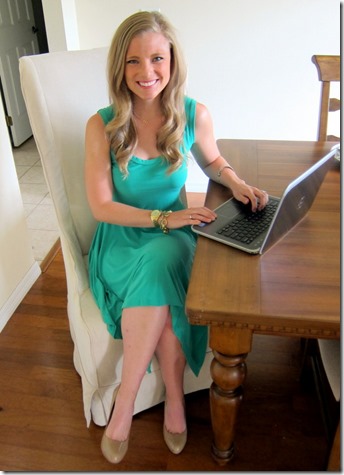 When Ryan asked how the shoot went when I got back home, I had to laugh when I told him I posed with my computer. He asked me to reenact some of the shots… 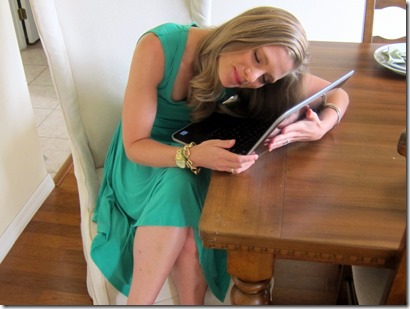 A definite keeper. (And no, I didn’t actually have to pose like that.)

Before the photo shoot, I had a quick breakfast of Greek yogurt, raw oats and chia seeds. 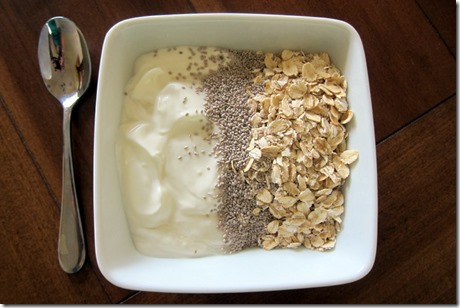 I wanted something fast, cold and filling and that did the trick. 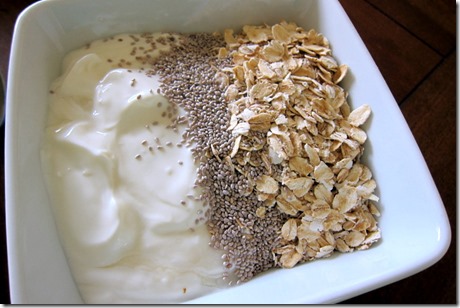 My father-in-law will be arriving in town any second now, so I’m off to change and enjoy the day with Ryan and his dad. I hope you have a wonderful Saturday!