I’m a serious sap. After every little thing I do today, I can’t help but think, “this is the last time I’ll do this in 2010.” It makes each little thing seem about ten thousand times more important than it should be… but than again I’m a big advocate for enjoying the little moments and embracing the simple things in life, so I guess it works!

Today we took Sadie one one last romp at the dog park. 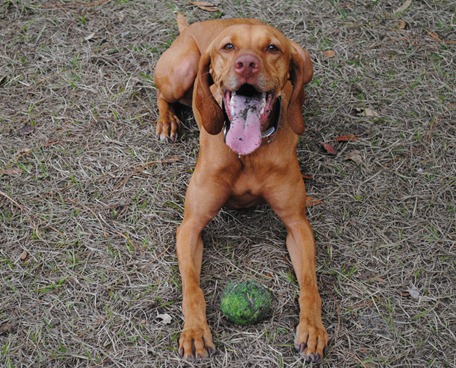 I declared Sadie my favorite photography subject. She’s challenging because she’s always moving, but when you finally snap a good shot of her, it’s a really good one because she’s so darn cute. 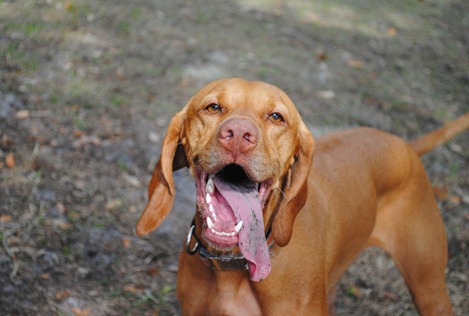 I love how she almost seems to smile when she’s playing around at the dog park. She’s in absolute doggie heaven! 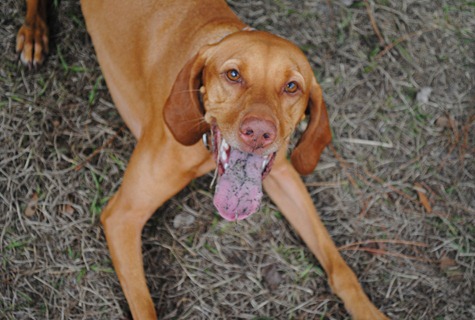 Truth be told, I think Ryan’s in heaven, too. 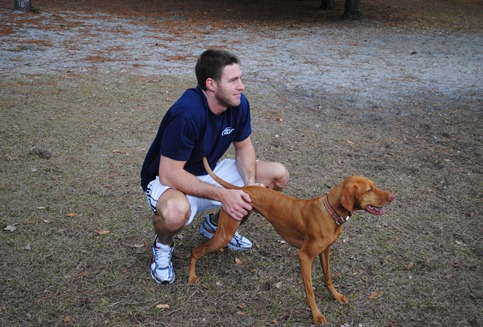 I always laugh because he immediately scours the park with Sadie for tennis balls. I always tell him to hold off on ball throwing so Sadie has a chance to run around with the other dogs for a bit, but he gets anxious and wants puppy play time to begin now.

They’re quite the little duo. 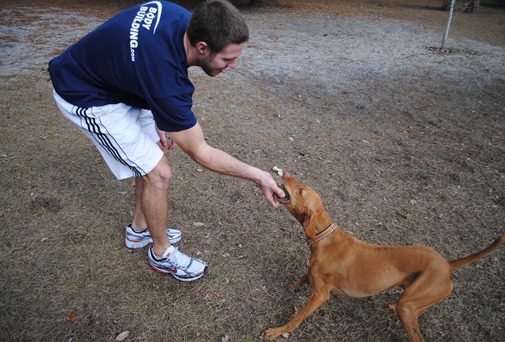 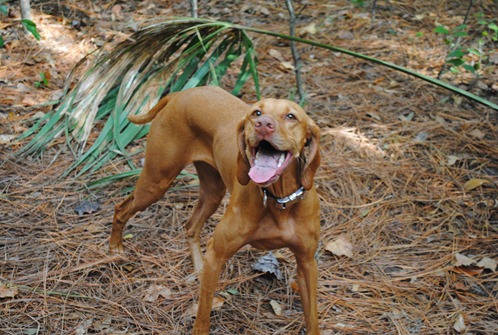 While Ryan and Sadie played fetch, I spent some time chatting with a woman about her German shorthair pointers. Ryan and I love these dogs (they look like darker brown versions of vizslas) and the woman was adamant that vizslas and German shorthairs make a fantastic duo. A playmate for Sadie one day, perhaps?

Ryan already has a name picked out for a little boy puppy playmate… Boomer. Hey, it’s better than a human boy named Hawk!

After the park, we headed home for lunch. 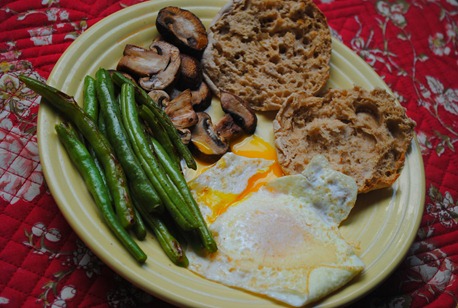 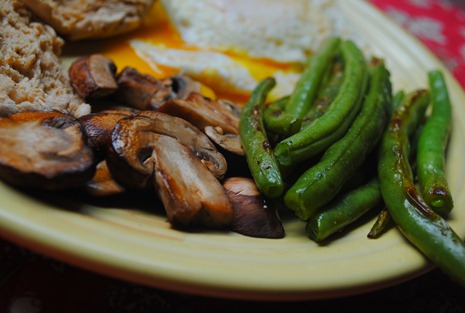 To make the beans, I sprayed a cookie sheet with cooking spray, spread out the beans, sprayed them and sprinkled them with garlic salt before roasting them at 400 degrees for 15 – 20 minutes.

Ryan and I had never had roasted green beans before, and they were really good! 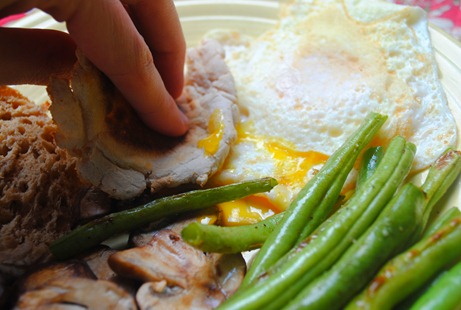 I initially planned to let the beans cook for 30 minutes to make ‘em crispy like Jessica, but my stomach wanted food and we cut the cooking time short.

I left a few in the oven to roast while we ate, figuring I would take them out once we were done to see how they tasted when they were crispier.

And then I forgot about them. 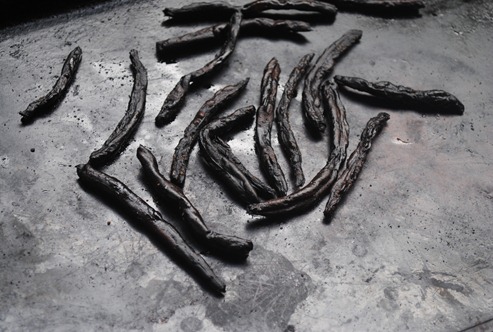 No that picture is not black and white.

Needless to say, they were definitely crispy, but not so edible.

After tossing my black beans, I headed out to do some Christmas exchanges and stopped by Barnes and Noble to pick up some books to read. (I’m gonna kill my new year’s resolutions! What, what!?)

I spent way too much time meandering up and down the aisles waiting for books to jump out at me. I then remembered that I had my brand new phone with internet (woo!), and checked out your book recommendations from my post yesterday. I saw that quite a few of you recommended The Hunger Games.

Once I located the book, I read  the back cover and wasn’t so intrigued.

Each year, the districts are forced by the Capitol to send one boy and one girl between the ages of twelve and eighteen to participate in the Hunger Games, a brutal and terrifying fight to the death – televised for all of Panem to see.

I tweeted my skepticism, and was reassured by many of you that this book is definitely worth a read. 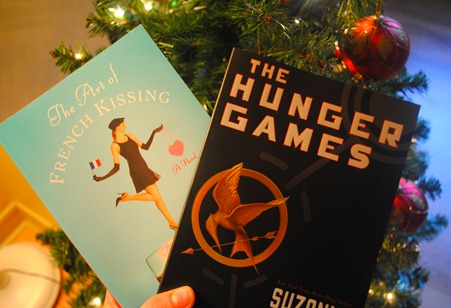 I also bought a totally girly book just in case you guys are nut jobs and like reading about people that eat each other or something.

Ryan actually agreed to read The Hunger Games with me once he finishes his current book, so I’ll be sure to keep you posted on our thoughts!

Now I’m hanging out for a bit watching the UCF/Georgia game (go Knights!) before showering and getting ready to head to a party tonight to ring in the new year!