Ben Saperia, a good friend of Ryan’s, is opening his own fitness center on Monday. Earlier this week, Ryan suggested we go check it out this morning and said Ben, an amazing personal trainer, might even put me through a workout! 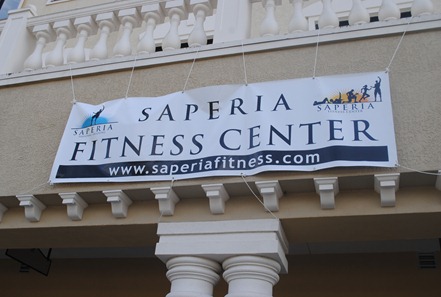 Though I love my current routine, I am beginning to feel like I’m not seeing any changes and I know I haven’t really been pushing myself too hard lately. I figured a workout from Ben would help introduce me to some new exercises I might want to incorporate into my training. (Sounds like one of my new year’s resolutions, no?) Plus, Ben has worked with professional athletes and definitely knows his stuff. 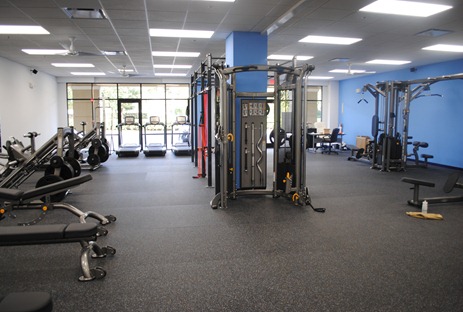 Ben’s facility is awesome! The equipment is all state-of-the-art and I love the simplistic, no-nonsense feel of the place.

When we arrived, we chatted with Ben a bit and he asked me about my current routine. I told him about one of my typical total-body weights workouts and he used that to craft a personalized total-body routine for me while I did 20 minutes of cardio on the elliptical. 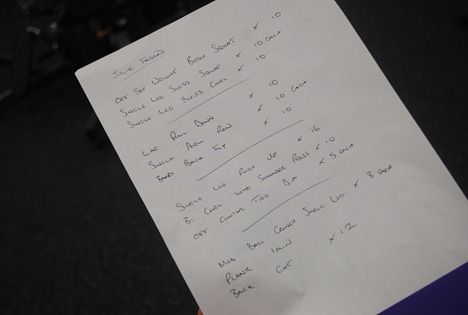 Ben created a four-part circuit for me, with each part focusing on a different area of the body (legs, back, upper body, core).

Each circuit included three different exercises, which we repeated back-to-back before resting for a minute and repeating them again until three sets were completed.

The exercises that challenged me most were the single-leg squats using the Bosu ball, push-ups and holding a plank.

Fortunately the plank exercise came at the end of the workout. Since we did it three times, I called out to Ben and Ryan to tell me a story while I held my body in plank to take my mind off what I was doing. 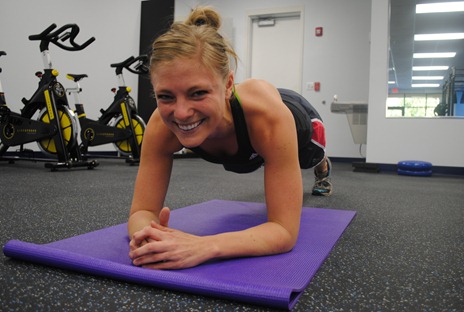 “There once was a girl who had to hold a plank for 60 seconds.” 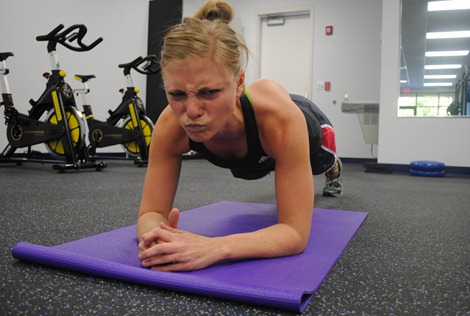 After my workout, I told Ben that my body felt fatigued, but I didn’t feel like death, which was a great. I definitely got a great workout and learned a ton of different exercises. I can’t wait to incorporate Ben’s workout into my own routine!

Ryan worked out while Ben was training me, so once we were all done, we chatted for a bit. 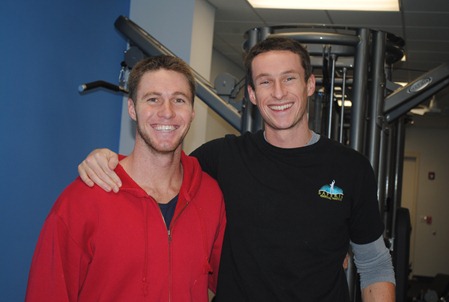 I loved talking with Ben and hearing his philosophy on fitness. 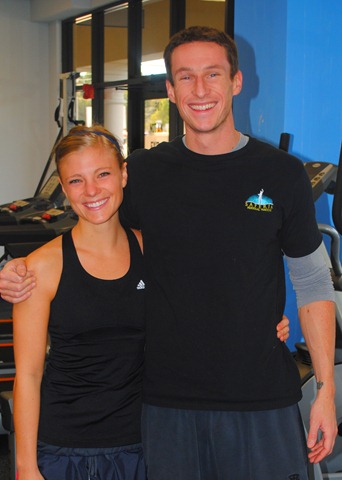 He did such a great job training me because he challenged me, but knew when to let up and was always positive and encouraging. Plus, he has a British accent which makes anything he says seem nice. 😀

As Ben and I were talking, I mentioned the idea of a “Blogger Boot Camp” class to him. I think it would be really neat for me and a bunch of you readers/bloggers out there in the Orlando area to meet up for a fun workout with Ben. He would definitely get you sweating, but understands limitations and knows how to make workouts challenging, effective and fun.

If you’d be interested in attending a Blogger Boot Camp class (for free!) and live in the Central Florida area, please let me know! You can comment below or shoot me an email at pbfingers@gmail.com. If there’s an interest, I’ll work with Ben to set something up!

Now I’ve got some errands to run! I’ll be back with a dog park/lunch/ our New Year’s Eve plans post soon!