Today I am following up a request I received from a few of you for a post all about Sadie’s favorite dog toys, food and products. Ask and you shall receive! 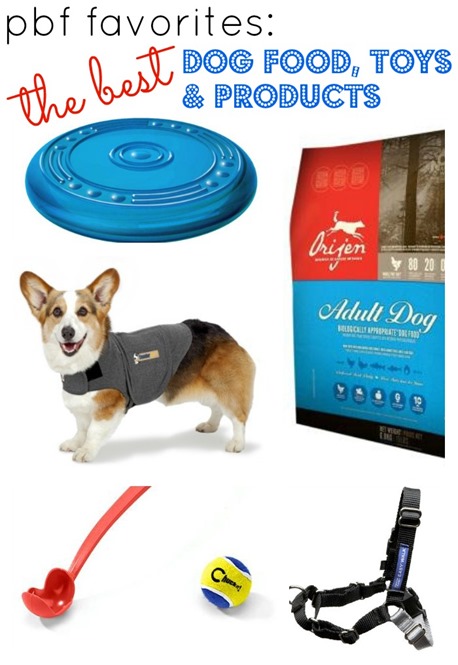 Yep, it’s all about Sadie around here today! (But isn’t it always?) 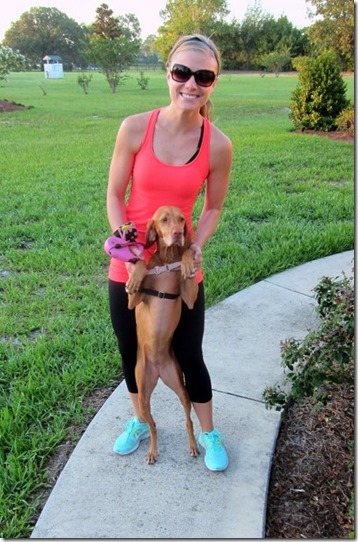 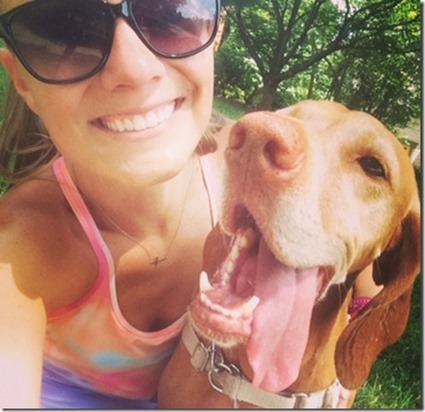 I’m pretty sure I’ve recommended this harness to no less than 50 people when I’ve been at the dog park or just walking or running around with Sadie outside. Anytime someone complains about their dog pulling them on a leash, I immediately suggest this harness. It’s gentle but incredibly effective at getting a dog to behave on a leash. It goes around Sadie’s belly and shoulders, leaving her neck free and doesn’t seem to bother her a bit. If Sadie tries to pull, the harness  basically makes her walk around in a circle. It makes walking or running with Sadie a lot more pleasant! 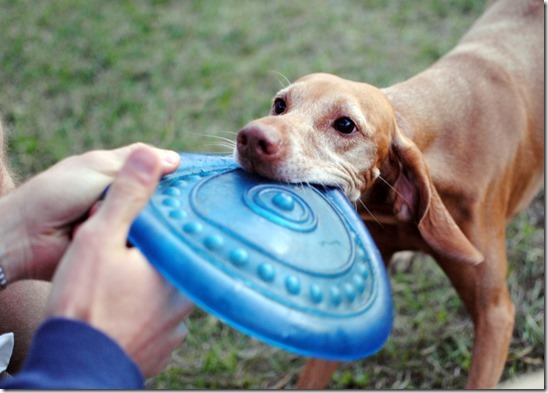 Ryan and I first started using this frisbee to play with Sadie after my mom got one for her to play with whenever we visited my parents’ place. It ended up impressing us so much that we bought one to have at home since it’s way more durable than the other dog-friendly frisbees we’ve used with her. Sadie chews the frisbee and basically goes crazy with it and it can handle the heat! 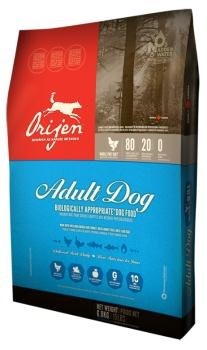 Sadie is a finicky eater. She free feeds (meaning she has access to food 24/7), and some days she’ll eat everything in her bowl while other days she’ll just nibble. At first this really concerned us since both Ryan and I had only ever been around dogs who inhale their food. The one dog food that Sadie really seems to love (and we’ve tried a bunch) is Orijen. We feel good about the brand and quality of the food as they place a heavy emphasis on local, sustainably raised ingredients that are “biologically appropriate.” She’s been eating Orijen dog food for the past several years and it’s been great! 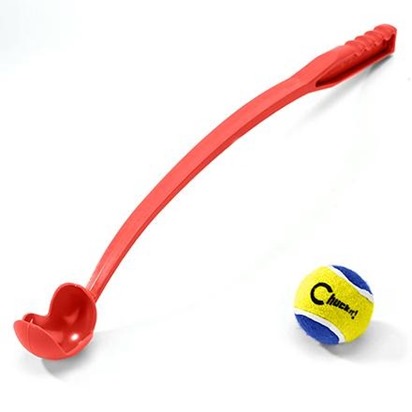 If you have an energetic dog who loves to play fetch, chances are you already own a Chuckit, but if it’s not on your radar, it definitely should be! It allows me to throw a ball for Sadie 10,000 times farther than I otherwise could. When Sadie sees me reach for the Chuckit on our way outside, I swear she starts foaming at the mouth! 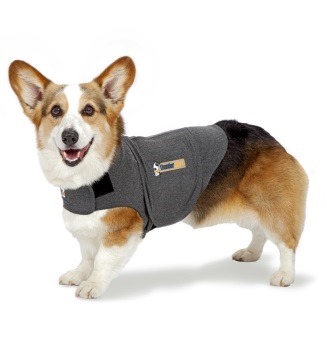 When we moved to Ocala, Ryan and I slowly began to notice Sadie get crazier and crazier with each thunderstorm that rolled through town. Ocala is known for having its fair share of thunderstorms and Sadie’s attitude during the storms slowly morphed into something rather frantic. In an effort to soothe her, we tried out the Thundershirt! The shirt is supposed to “hug” a dog and soothe it, much like swaddling often soothes a baby. It definitely made a big difference. She seems slightly less panicky and while the shirt didn’t “cure” her of her storm anxiety, it certainly helps! 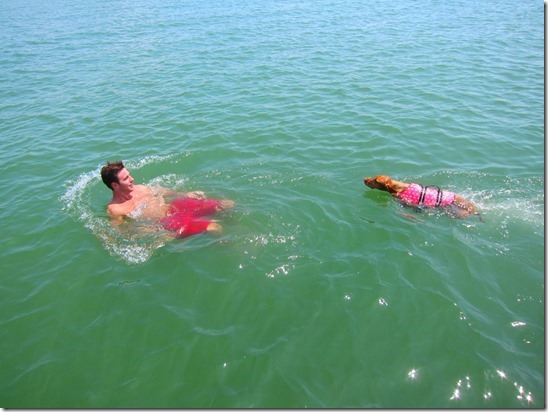 Sadie is a big-time water dog! She absolutely loves swimming in the lake or the ocean. While we don’t worry too much about her swimming around in the lake or ocean from the beach, we started to get a little nervous when she began swimming around in the middle of the Gulf of Mexico when we used to take my parents’ boat out in St. Pete. Enter the Paws Aboard Doggie Life Jacket! Though we obviously still watched Sadie carefully, this life jacket gave us a little more peace of mind when she’d swim around and around. Plus, the handle on the back made it super easy to pull her up into the boat when we were done! 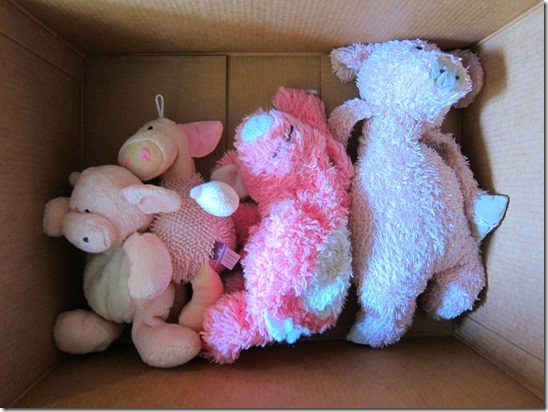 I’m sharing this one just for fun! When Sadie was a puppy, the first toy we ever gave her was a stuffed pink pig we found at Target (the one second from the right). 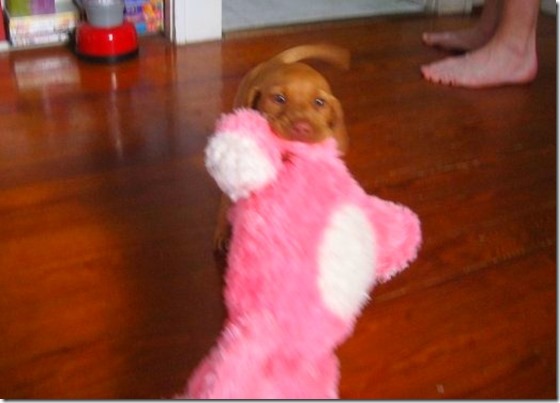 Now she has a bit of a collection of pig toys thanks to her grandmothers who like to spoil her! The first toy we bought her from Target remains her favorite and though I cannot find it online, I have still seen it in stores somewhat recently. The original toy has been replaced a few times because it’s not the sturdiest, but she sure does love it.

Disclaimer: This post is not sponsored in any way, nor have I worked with any of the above companies in the past. The products above are simply some of Sadie’s all-time favorites. Affiliate links are included in this post and, as always, I really appreciate your support!